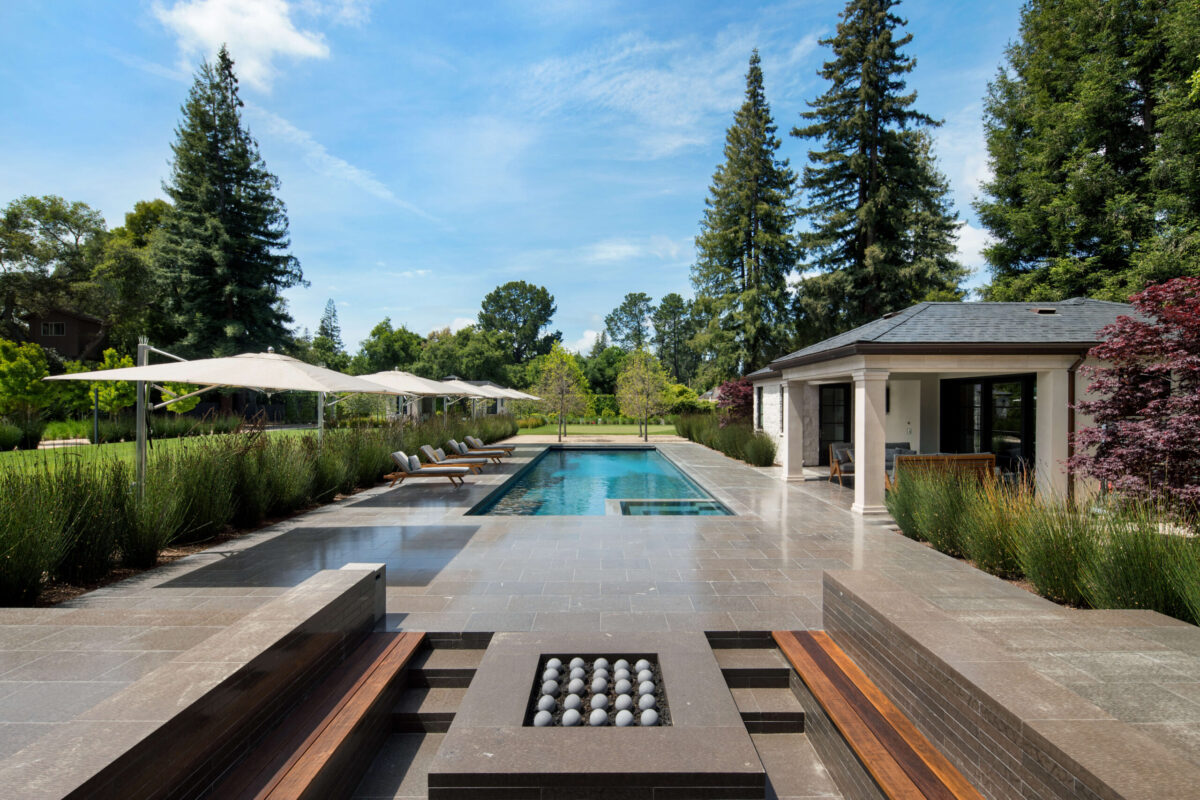 Serendipity or fate—who knows? Either way, for Steve Ackley and Brad Smith, a like-minded affinity for real estate sparked a conversation at an open house that resulted in a life-changing professional partnership.

Backing the story up, Steve was born and raised in America’s heartland and graduated from the University of Iowa with a business degree, which led to Bank of America’s private banking division. After focusing on high-net-worth individuals, Steve left Bank of America to work as CFO for one of his clients in Los Altos.

Hailing from St. Louis, Brad also grew up in the Midwest and graduated with a degree in hotel administration. While working as a consultant and feeling “like a fish out of water” in New York City, he jumped at the offer to handle real estate acquisitions for a large syndication company in San Mateo.

Both Brad and Steve arrived on the Peninsula in 1982 and experienced the exact same reaction: “Oh, this is nice!”

The momentous crossing of paths happened in 1988. “Joyce and I walked into this house in Palo Alto that Steve and Maryan had remodeled,” recounts Brad. “I think Maryan and I were working in the garden,” adds Steve. Brad nods in agreement, summarizing what happened next: “We had a three-hour conversation and discovered that we had very similar backgrounds. We didn’t have cell phones at the time; I think I wrote his name down on a post-it note.”

After a few meetings and “quite a few Sundays” of touring open houses, Brad and Steve decided “to give it a go to build homes.” In March of 1989, they officially founded Pacific Peninsula Group (PPG), growing the business to encompass spec development, architecture and custom homes. Sitting in a conference room in their Menlo Park office, they take a moment to process more than three decades of partnership and the perspectives they’ve gleaned on Peninsula home building trends.

On the face of it, combining finance experience with “a little bit of real estate acquisition” doesn’t obviously translate into a successful career in building. “There was no grand vision,” acknowledges Brad. “We didn’t have architecture training or construction backgrounds. Neither of us had MBAs, and we didn’t have a written business plan.” Steve makes a slight amendment. “Maybe we had a paragraph,” he says with a chuckle. 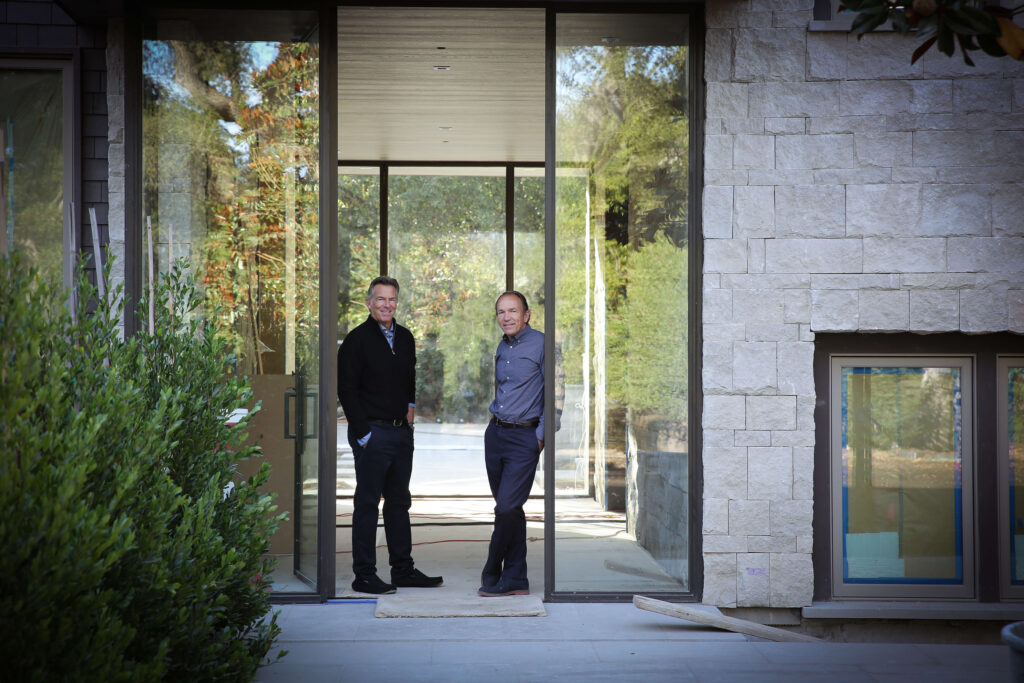 What the two did have was a passion for real estate. Even as they were toiling in their respective fields, both made a practice of frequenting Sunday open houses, with an eye out for potential projects. “We just knew we enjoyed the process of looking at real estate and looking at opportunities—trying to figure out what could be built,” says Brad. And coming from Midwest entrepreneurial roots, they recognized the hum of potential on the Peninsula. “You could sense the opportunity, you could feel it in the growth of the Valley and the companies and the people you met,” recalls Steve. “That was sort of inherent in our belief of what could be.”

With their wives holding down the financial fort with full-time jobs and steady incomes, Brad and Steve launched Pacific Peninsula Group in a small office over a doughnut shop in Los Altos. They cut their teeth doing minor lot subdivisions in the Allied Arts neighborhood of Menlo Park—cumulatively building seven homes on Partridge Avenue. “We had to start off small and take small bites,” says Steve. “We laugh at some of the razor-thin margins we made on our first projects, but that slow-growth mentality has been part of our success too.”

After learning first-hand about the uncertain costs of remodeling, they decided to focus on starting from scratch—bigger projects with more capital, but also more opportunity. “We morphed from the remodels on Partridge to doing teardowns and new houses and that just kind of grew and grew from there,” says Steve.

In 1990, Steve and Brad, together with principal architect Jude Kirik who leads the firm, launched Pacific Peninsula Architecture (PPA). Brad sums up the thought process: “With all the work we planned to be doing, it made sense to start our own architecture group.” And 1991 marked the building of PPG’s first Atherton spec home, followed by PPG’s Menlo Park office in 1996. By the mid-’90s, in addition to their core business, they also were building custom homes, leading to the 2000 launch of Pacific Peninsula Custom Group (PPCG), headed up by John Maxwell and later joined by Greg Pagonis. 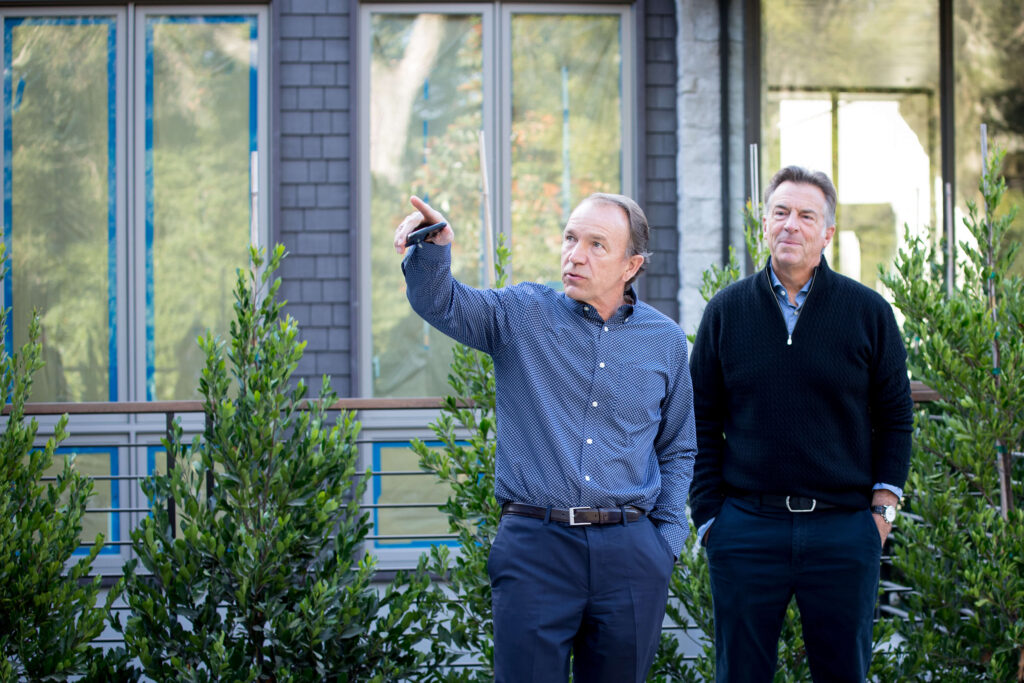 Edging into PPG’s fourth decade, the three companies (development, architecture and custom home building) under Pacific Peninsula’s umbrella collectively employ a staff of 60 including architects, designers, project managers and coordinators, as well as customer service reps. “We’ve worked very hard but I think our vision for the opportunity was well-founded,” says Steve. Having worked in more than ten Peninsula cities (as well as Pebble Beach, Tahoe and Carmel), they unequivocally prioritize projects within a 15-minute drive—with their sweet spot in Atherton. “We’ve designed, built or remodeled more than 200 homes in Atherton,” shares Brad. “That’s 10% of the entire housing stock in the city that we’ve touched over the last 31 years.”

Another four spec and six custom homes are currently underway with eight to ten more in the design, approval or permitting process. From the company’s humble beginnings over a doughnut shop, PPG is now widely recognized as a frontrunner in driving Peninsula building trends. “We’re always exploring and trying to keep with the curve or ahead of the curve,” says Steve.

With three decades of PPG under their belts, Steve and Brad are actively anticipating the challenges and opportunities ahead. “We’ve experienced a lot of different business cycles together, and our team is a big part of the sauce,” Steve says, emphasizing the “new generation” that is integrating into management roles like Greg Pagonis and recently-promoted PPG principal Rex Finato. “We’ve been very lucky, not only with our partners, but also in having really talented people who work for us.”

For whatever reason their paths crossed, the two partners remain grateful. “Either one of us could have gone out on our own 30 years ago and started our own thing,” reflects Brad, “but the synergy of ideas and collaboration in our partnership has far exceeded what we could have achieved alone.” 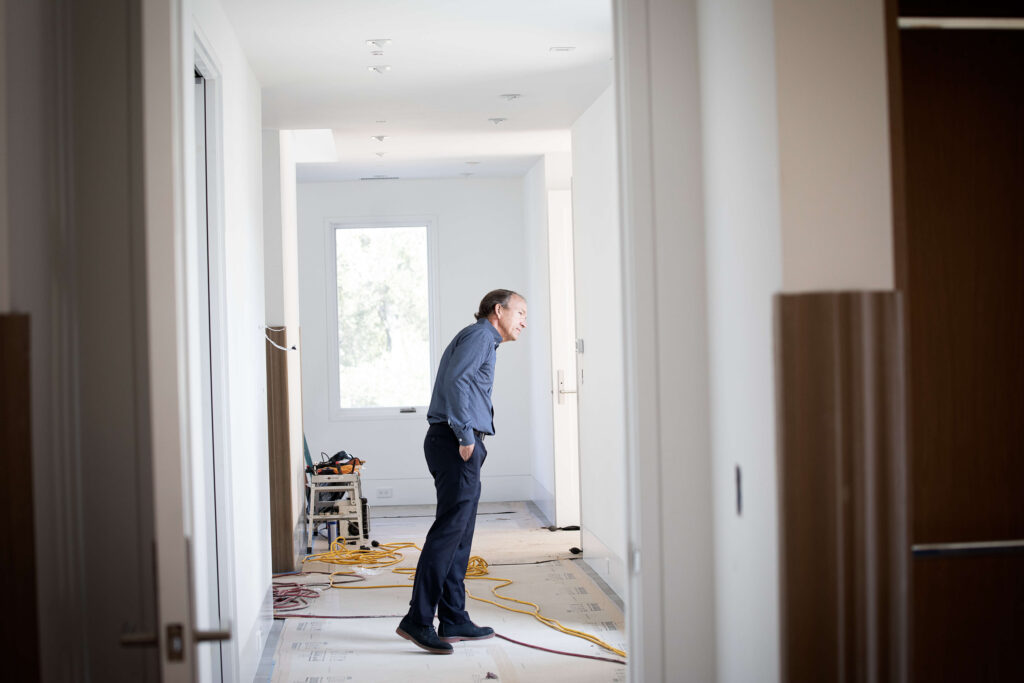