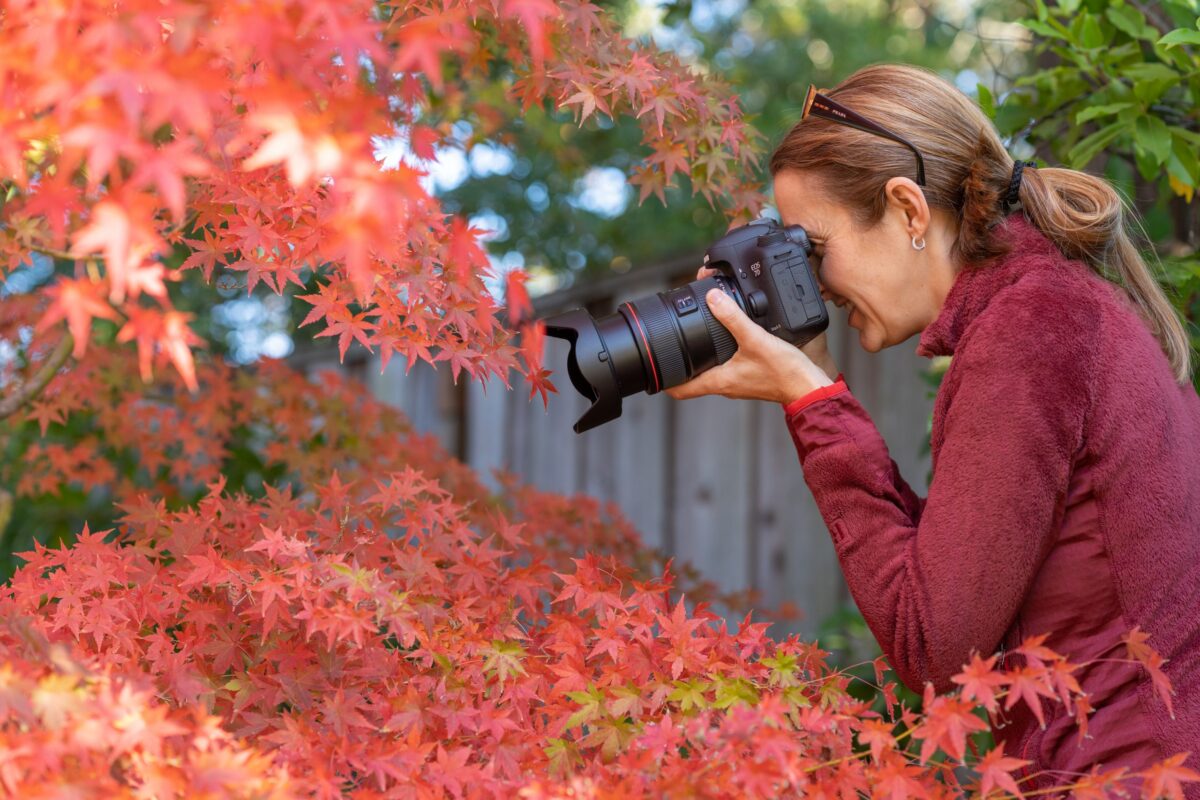 Two positions on her LinkedIn profile, the photographer and the homemaker, feed into one another like an ouroboros, the ancient symbol of a serpent consuming its own tail to illustrate wholeness.

Becky Logan first began photographing her world at age eight when she would toy with her mother’s mid-century Ansco Panda camera. In 1996, her focus would shift to becoming the home manager for “Hale Logan,” the Hawaiian-influenced home in Woodside that she shares with her spouse, Andy, and their two sons.

It’s a role she cherishes immensely. However, between preparing dinners and picking up the boys from Our Town rehearsals at Crystal Springs Uplands School, she felt the balance between her passions tilt to one side.

In 2015, the visual poet and artist decided to commit to her photography with unwavering focus. She developed a website portfolio, acquired a mentor and wrote a brief poet’s manifesto: “Through my work, I give voice and recognition to the unnoticed beauty around us by highlighting significant moments.” 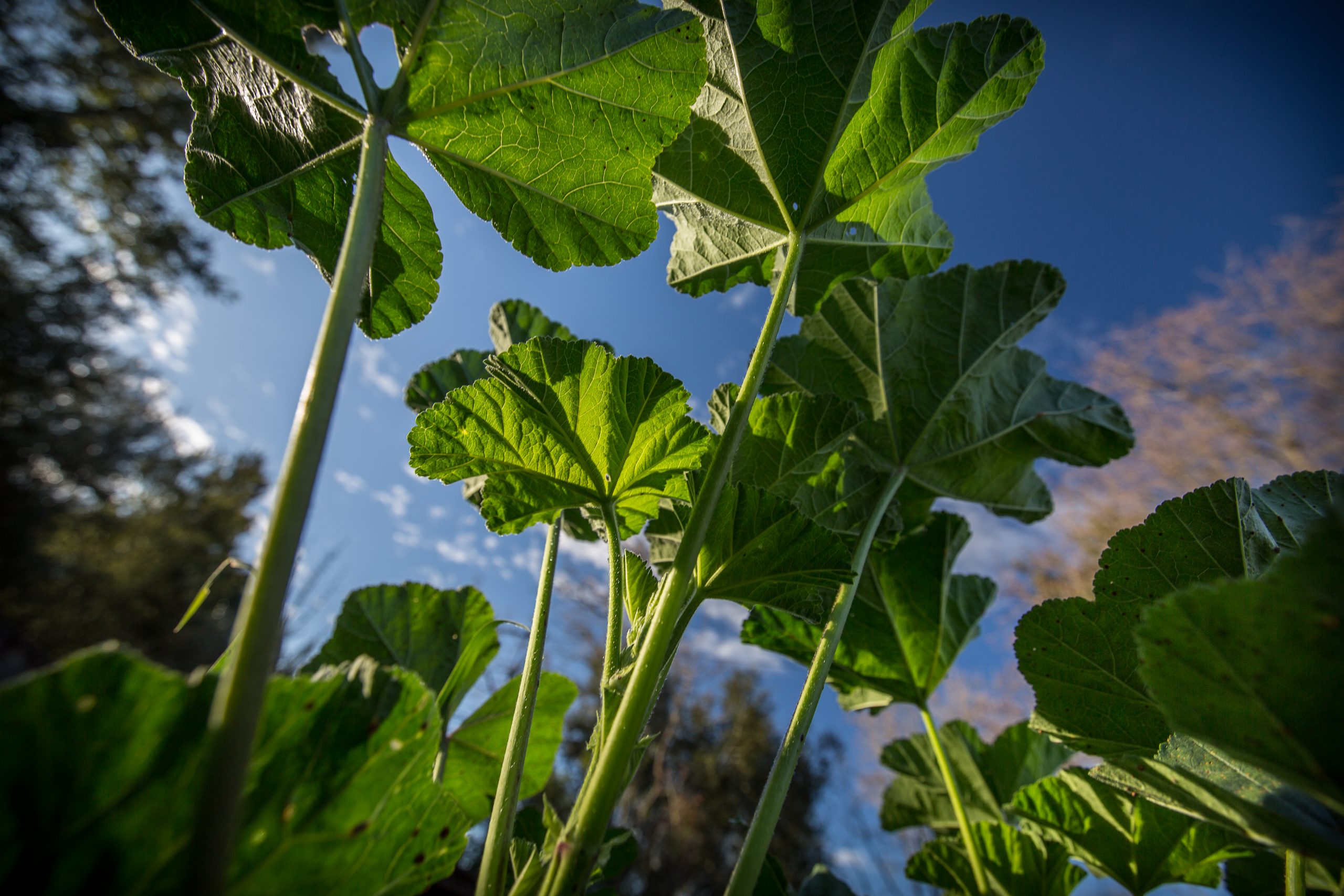 Becky was poetically parched in the spring of 2017, in need of a project to fix her camera’s gaze, when her mentor Neal Menschel suggested that she explore a contained space for a full year. She didn’t have to look much further than her own backyard.

The 80-foot by 80-foot quadrangle along a slope contains a slice of the natural world that’s small enough to digest but teeming with life for the observational eye. Daisies, bluebirds, lichens, silver grass and a common garden hose began to transcend fleeting glimpses from the kitchen window. They became reflections of life’s impermanence, duly transformed by either a season’s warmth or chill. Becky’s backyard became Woodside’s very own Walden Pond.

By the following spring, Becky had amassed a collection of photography she then distilled into 45 complete interpretations where one half is a photograph and the other is a written poem, either by her own hand or from the pages of the poets who inspire her.

She published the 80×80 project as a book (both softcover and a limited-edition handcrafted version that she literally stitched together herself), greeting cards and rubber stamps. And while she’s progressed into new creative explorations like shooting in infrared, the lessons from 80×80 have not faded from the light.

“I think it just heightened what I already knew but moved it to the forefront: impermanence, chance and beauty in the minute. How do we remember that every day?” Becky muses. “We get so ambushed; you’re in traffic trying to get places. People’s houses are burning—life is heavy right now. We can retreat to the beauty of what’s around us. And that’s what feeds the soul.” 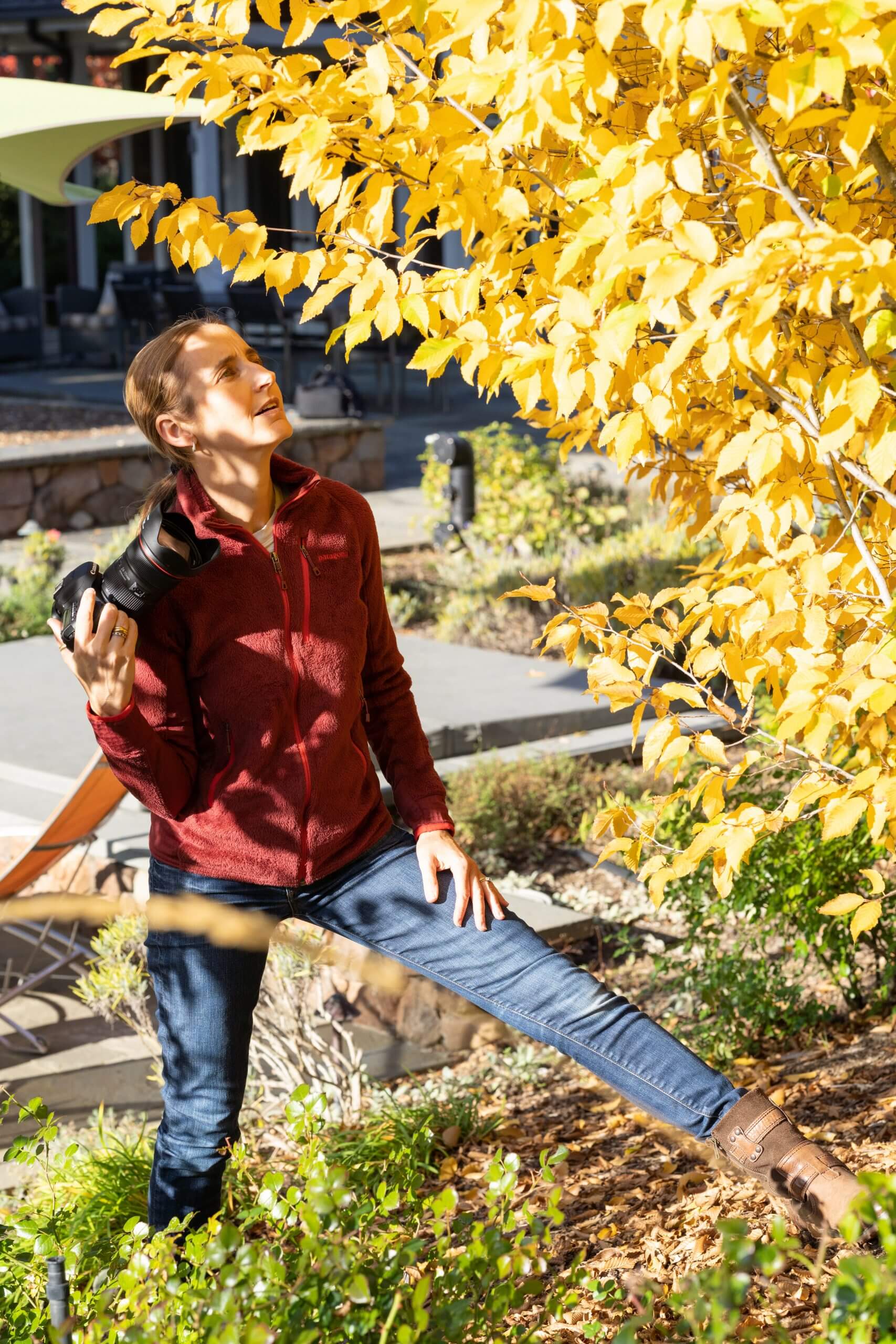 80×80 is dedicated to her sons, Hayden and Wyatt, as well as her husband, whom she met while pursuing her Fine Arts degree at St. Lawrence University in New York. Becky grew up in Atherton and was bred in creativity. Her father has published five books and worked for Intel before becoming a venture capitalist (she arrived at St. Lawrence as the only person with a Mac computer) and her aunt was an illustrator who published books about drawing. She’s a descendent of the 19th-century Impressionist painter Robert Monks.

Becky is the family’s photographer, a self-described generalist forever drawn to the natural world while always seeking new challenges for herself (namely: shooting portraits, her least confident genre of photography). She’s photographed wildlife across the continent, capturing brown bears in Alaska and following migratory bird routes from Oregon to Texas. A few years ago, she joined her father on a trip to Palmyra Atoll, a secluded nature preserve a thousand miles south of Hawaii.

When Becky began the 80×80 project, there was the excitement of spring with a flurry of activity and change. Then the seasons shifted and the dry weather created a barren field filled with dead grass. By winter’s arrival, the mornings offered a coat of ice that blanketed the backyard—or “winter’s frosty kiss” to hear it from Becky.

“There was frost all over these grasses—talk about impermanence, I had to act before it melted away,” she explains. “How do I grab and communicate what nature did with that blade of grass? You stand there, drink it all in and it’s so restorative. It’s what we should do all the time, to take a minute to look outside your window. What am I really seeing here?”

Sometimes everyday chaos became the product of beauty. To some homeowners, it might have just been the backyard hose entangled in a messy circle, but Becky looked closer, refocusing on the ripple of halos stemming from its center. 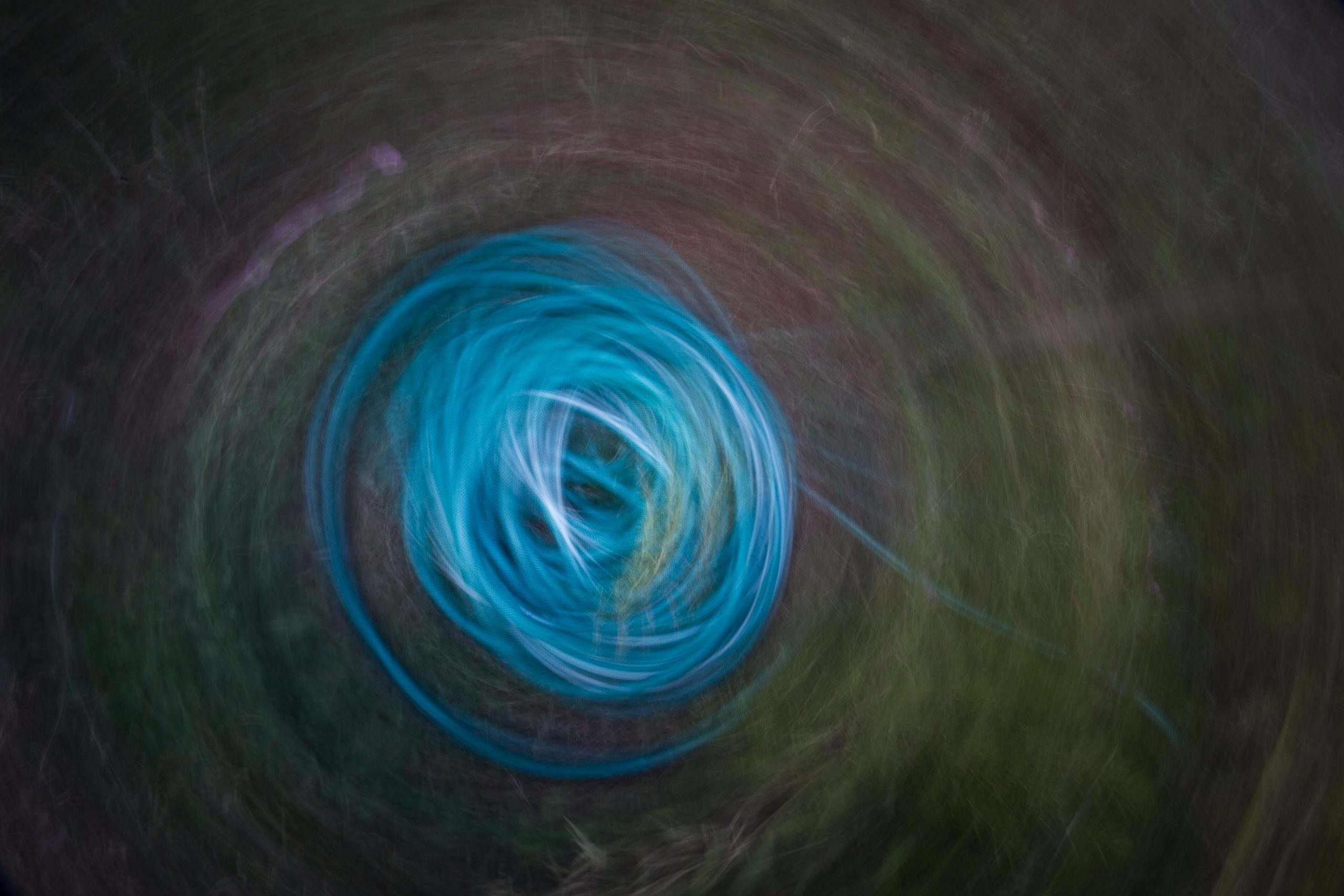 Her backyard has been extensively observed, but the Peninsula offers countless avenues for exploring the natural world. Recently, Becky felt the typical anxieties of daily life, so to find ease, she ventured up to Filoli in Woodside with her camera in tow.

“As I was walking out of the garden, I passed by this marble table covered with oak leaves that were drying out in the coolest shapes. The light was reflecting in a different way. I spent 20 minutes shooting the leaves on the table,” Becky recounts. “That’s what I love about photography—my intention was to photograph the house and garden but then that marble table dropped into my lap and I couldn’t miss it.”