On a back deck in the Skylonda neighborhood of Woodside, Erin Gleeson sits at a picnic table, a wool blanket draped over her lap to offset the chill of the morning fog. With a practiced gesture, she gently dips a brush in watercolors and gracefully letters “Schotel met Gegrilde Groenten & Kaas.” That’s Dutch for “Grilled Vegetable & Cheese Platter”—and it’s just one of 100 recipe titles she’s translating for the soon-to-be-published Dutch edition of The Forest Feast Mediterranean. As a New York Times bestselling cookbook author, photographer and artist, this is one small part of getting the job done.

The Forest Feast Mediterranean is actually Erin’s fourth entry in The Forest Feast collection of cookbooks. After moving here from New York in 2011, Erin and her husband Jonathan Prosnit found themselves drawn to a small Woodside cabin surrounded by acres of redwood trees. The woodsy scenery inspired Erin to launch The Forest Feast blog, which led to the publication of her artistically-rendered vegetarian recipes. “Through the artful element of the books I hope to help people live more creatively through cooking,” Erin says. “The recipes are like diagrams. I’m a visual learner, and so it felt more approachable to show pictures of everything along with handwriting and little arrows.”

When Erin’s husband was anticipating a three-month sabbatical in fall 2017, the two shared a similar vision for how to spend the time: rekindling their love of travel and city life. “After living in the woods for several years, we missed walking around, using public transportation and just the culture that a big city offers,” Erin says. Having played with the idea of a Mediterranean-style cookbook, Erin also had a third agenda—researching recipes, local dishes and ingredients. “I was looking for new inspiration, to branch off from the woods, and California cuisine is not too far off from Mediterranean cuisine. It’s a lot of the same ingredients that I already cook with, so it felt like a natural next step.”

Seasoned travelers, Erin and Jonathan charted out an extended journey through Spain, Italy, France and Portugal, factoring in one—rather, make that two—additional considerations. “Max was nine months old when we left and Ezra was three. It was actually a good time to travel with kids since the baby was really portable and they weren’t in school yet,” says Erin, summarizing how the couple evaluated the challenge. “We have tantrums at home. Why not have a tantrum in Italy?” 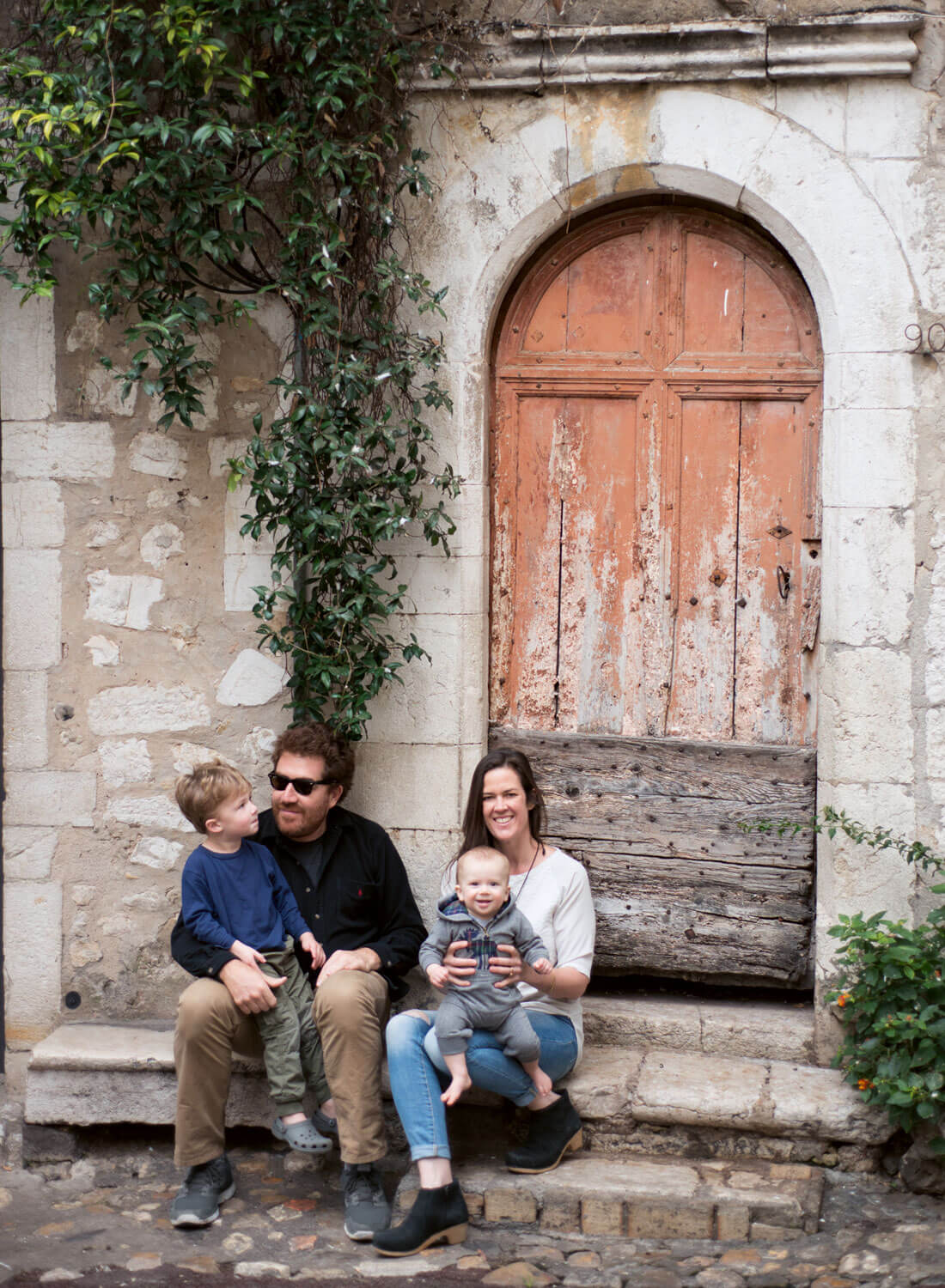 With afternoon siestas providing built-in nap time, the family explored countless restaurants and markets, with Erin documenting everywhere they went. “I was always trying to take note of what the traditional dishes were in each place and then imagining how I could make that vegetarian once I got home.” The Forest Feast Mediterranean was published in September 2019, with a German edition already completed and a Dutch one on the way. (From her previous cookbooks, Erin is also adept at lettering in Spanish, Italian, French, Portuguese, Polish, Chinese and Korean.) What’s up next? Erin cites a California road trip cookbook, exploring a potential vegetarian cooking show and developing a line of kitchen and home goods.

With so much to celebrate heading into the New Year, we asked Erin for some entertaining tips. She suggests a tapas-inspired holiday cocktail party and is sharing a handful of recipes for inspiration. “I like bar-style serving because it can be done in advance, which allows the host to mingle more,” Erin says. “Keep it simple, so you can stay present and have a good time at your own party.” 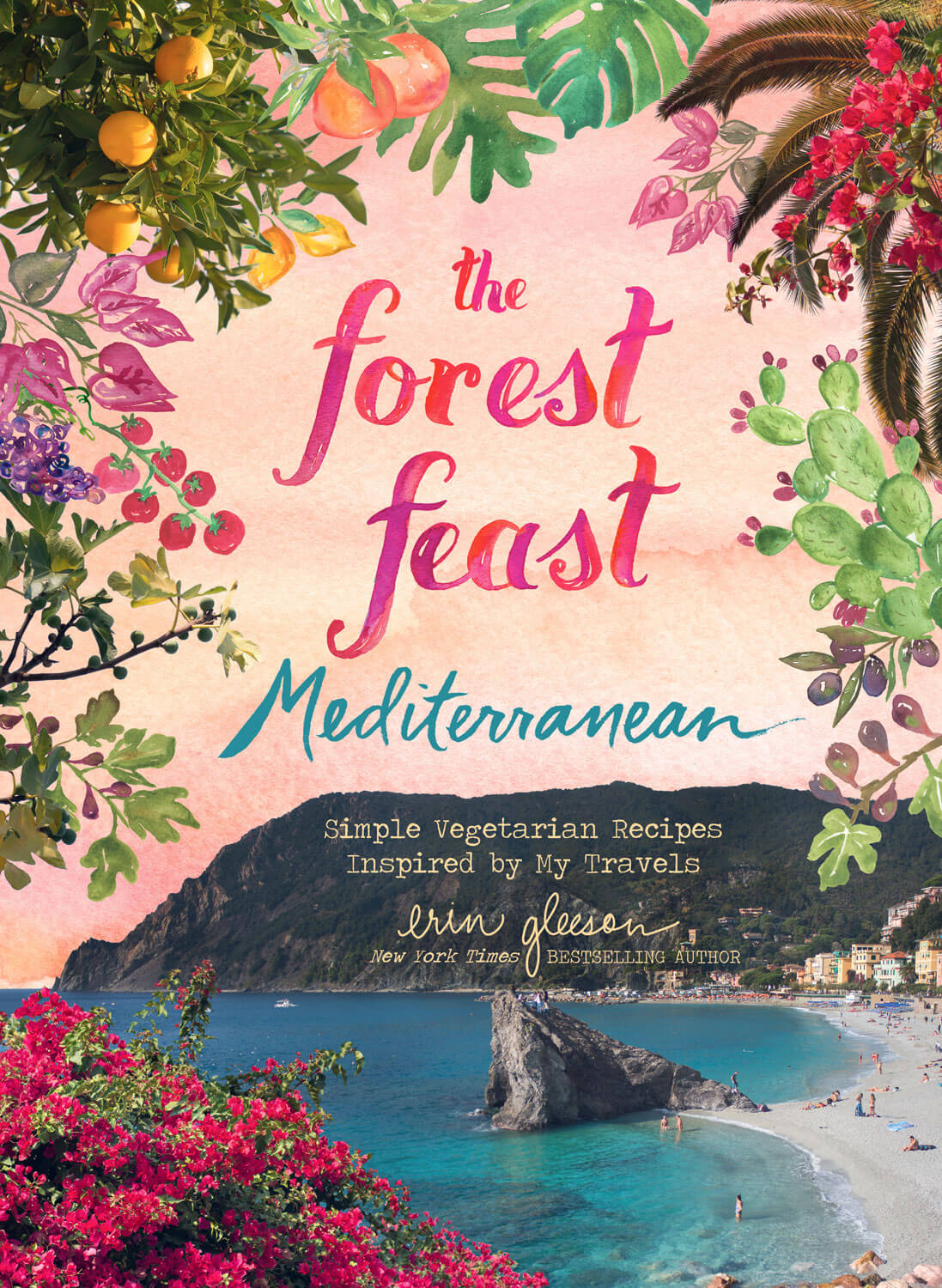 Gin & Tonic Bar: While in Barcelona, we kept noticing trendy cocktail bars that specialized in gin & tonics served in large stemmed goblets. A G&T Bar is a fun and festive way to start a party. Everything can be set up in advance and guests can serve themselves. 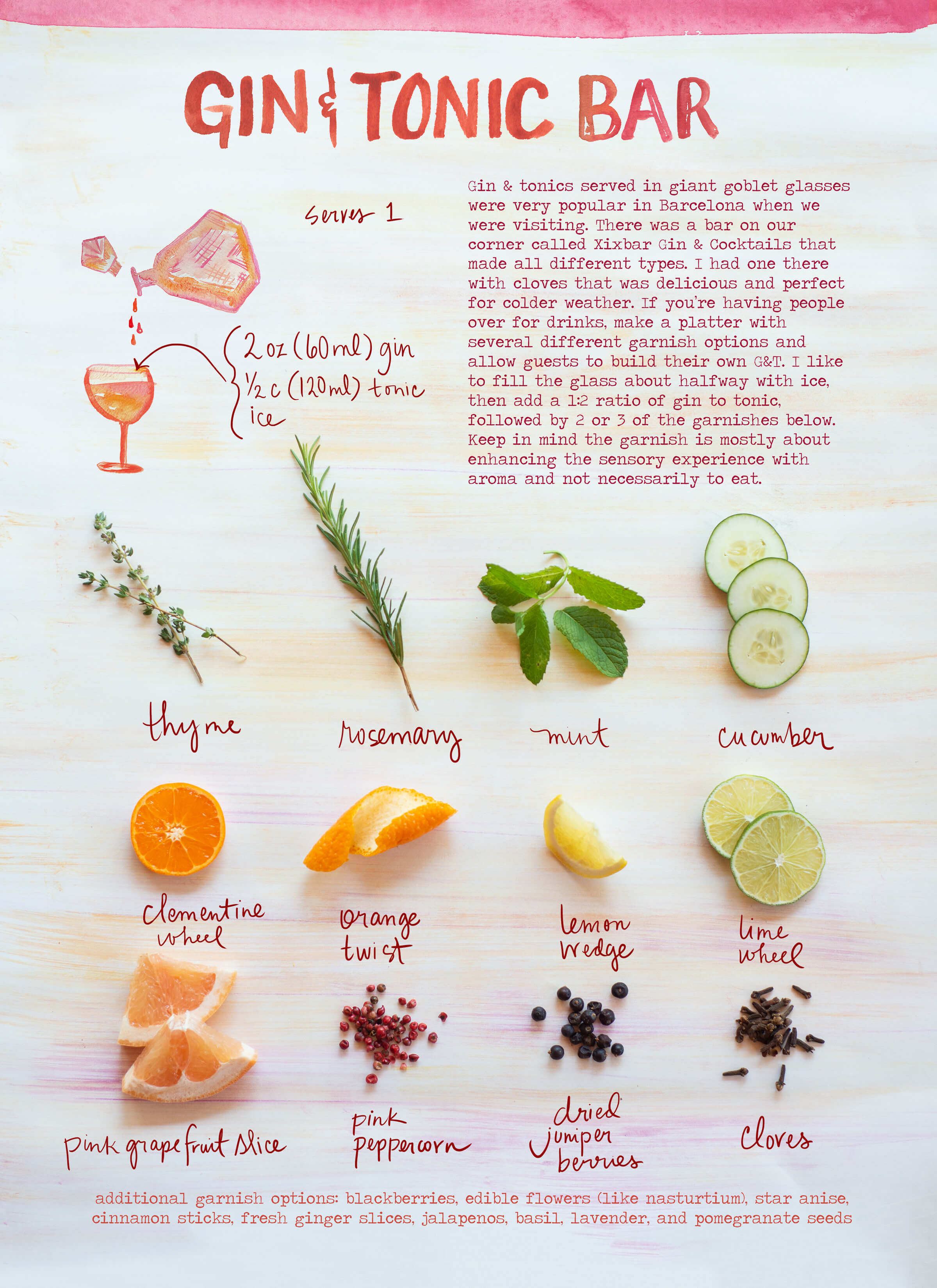 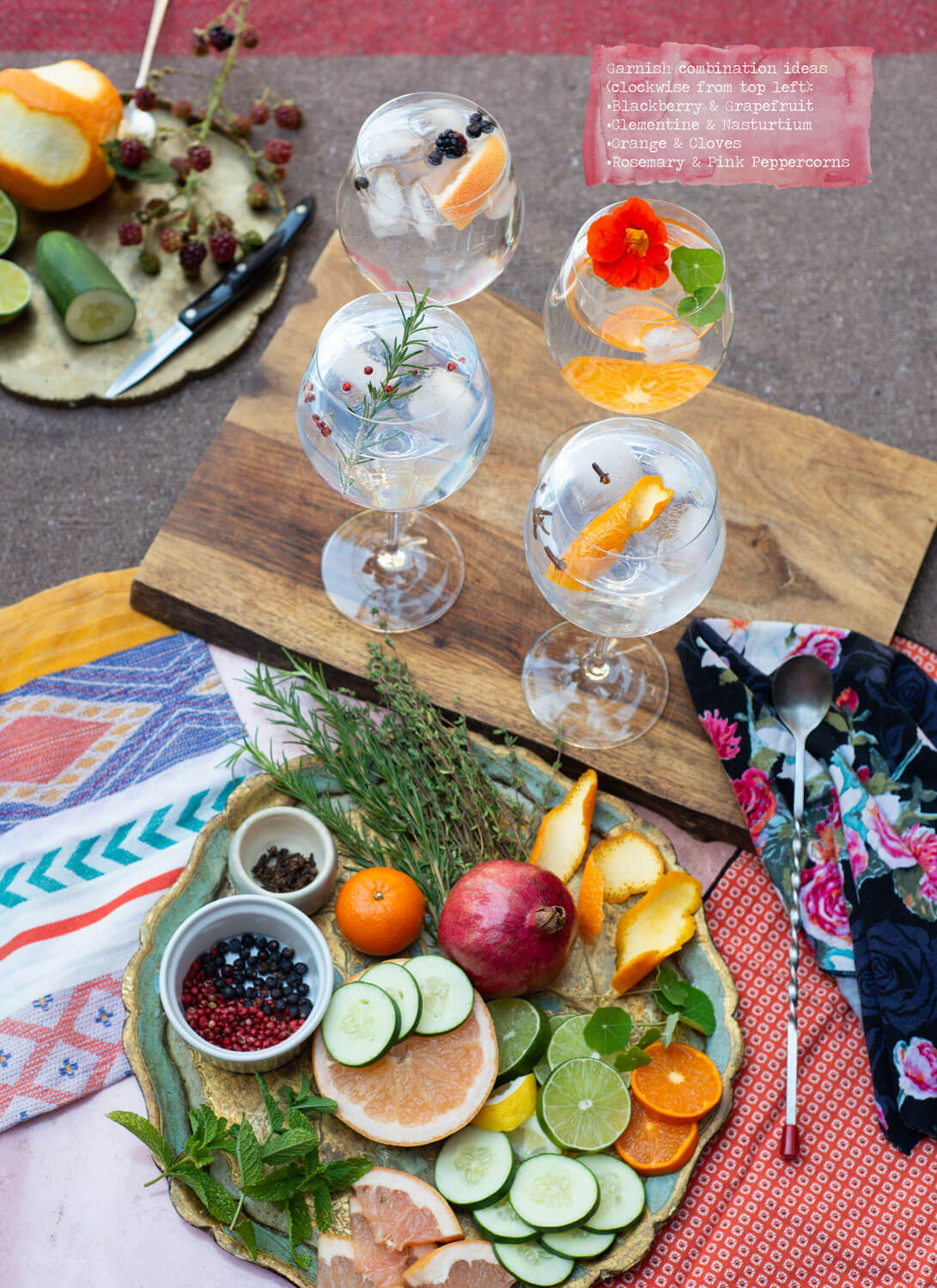 Stuffed Cherry Peppers: These add a nice pop of color to your holiday table. You can make them ahead and keep them in the fridge until the party starts. I like to grate the lemon zest over the top right before serving so that it looks fresh. 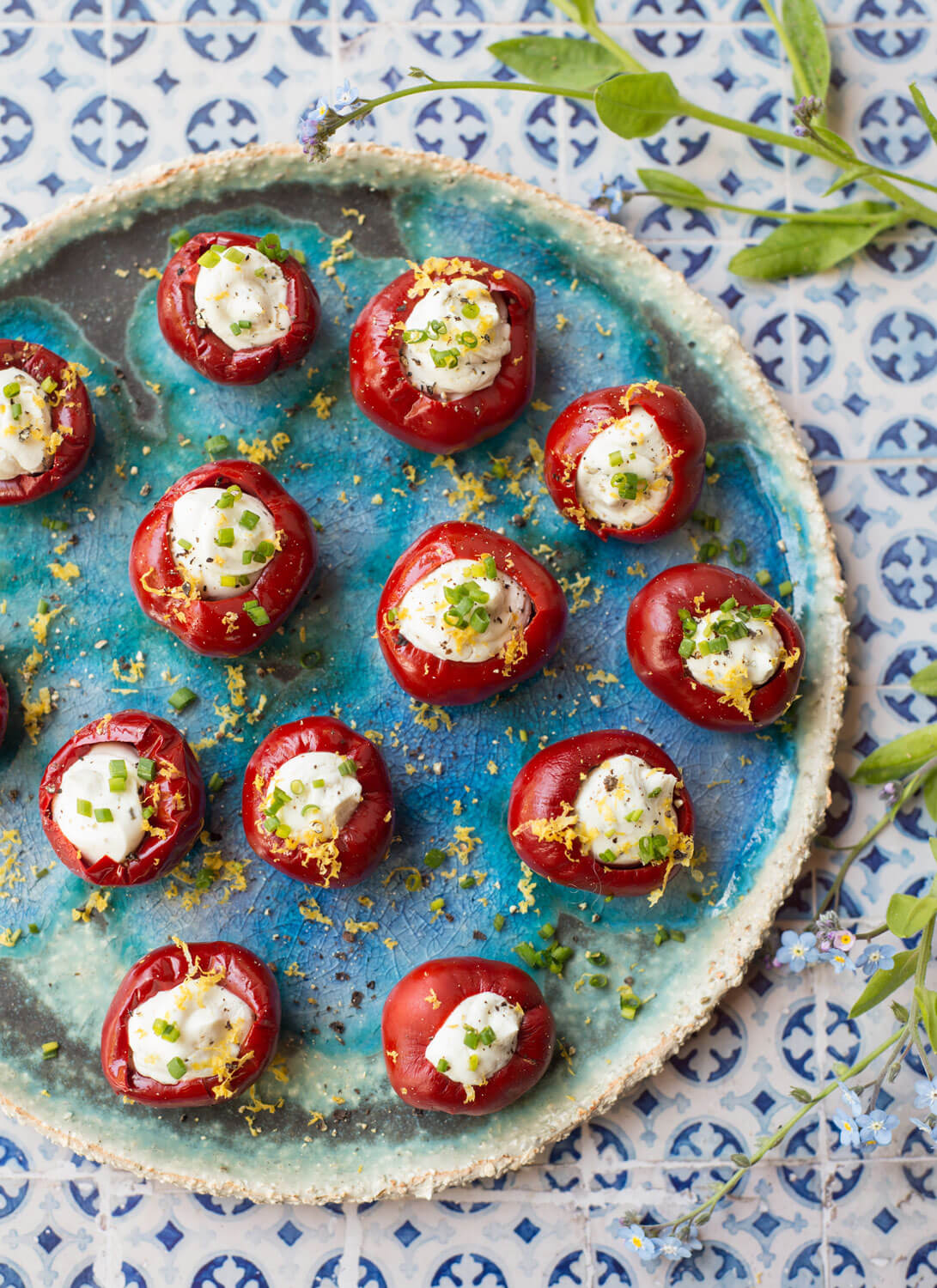 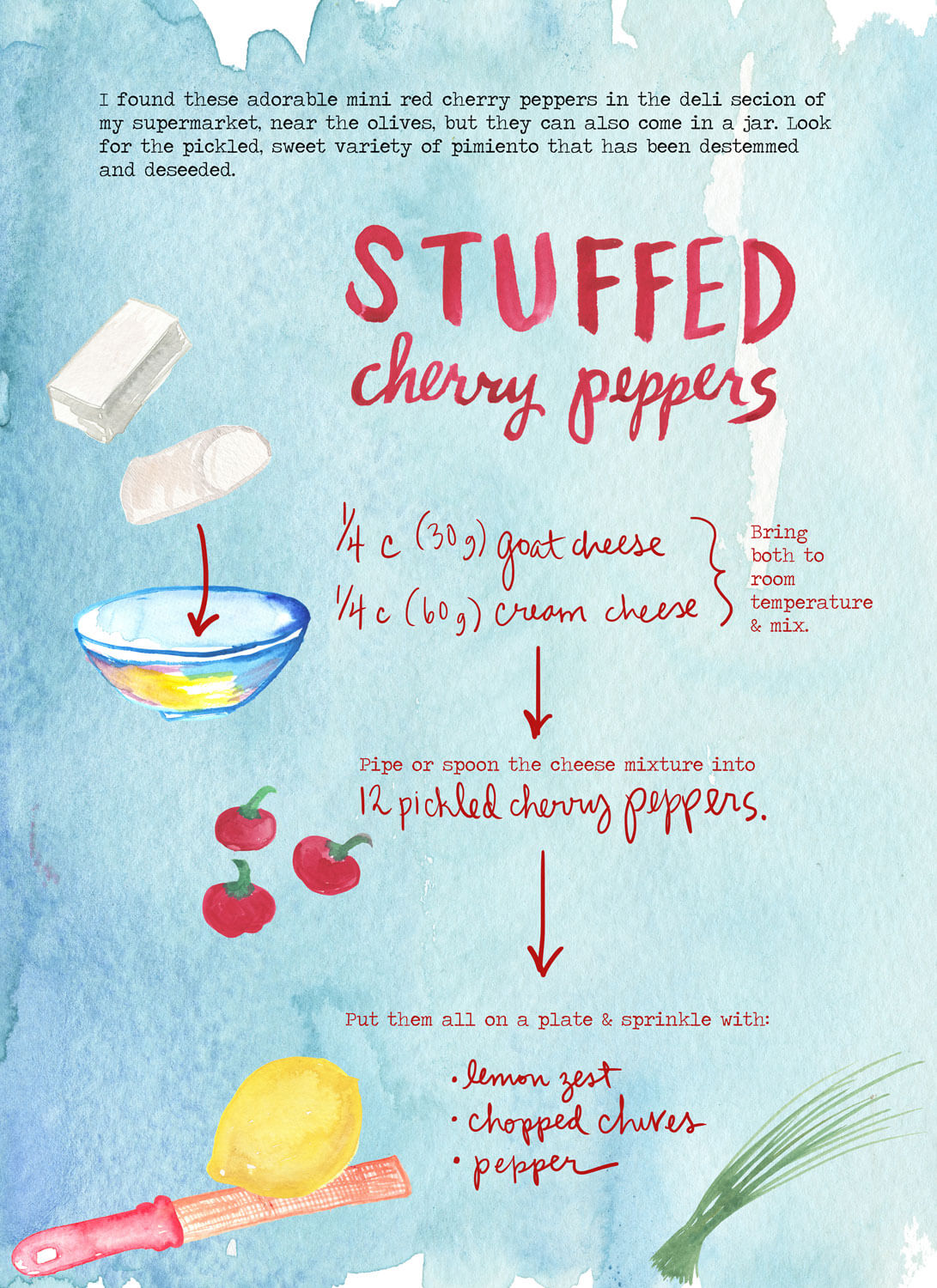 Burrata Bar: This is easily prepped ahead and, once served, everything does well at room temperature for the duration of the party. Set it out on a kitchen island or on a coffee table to create a place for people to be interactive and nosh over conversation. 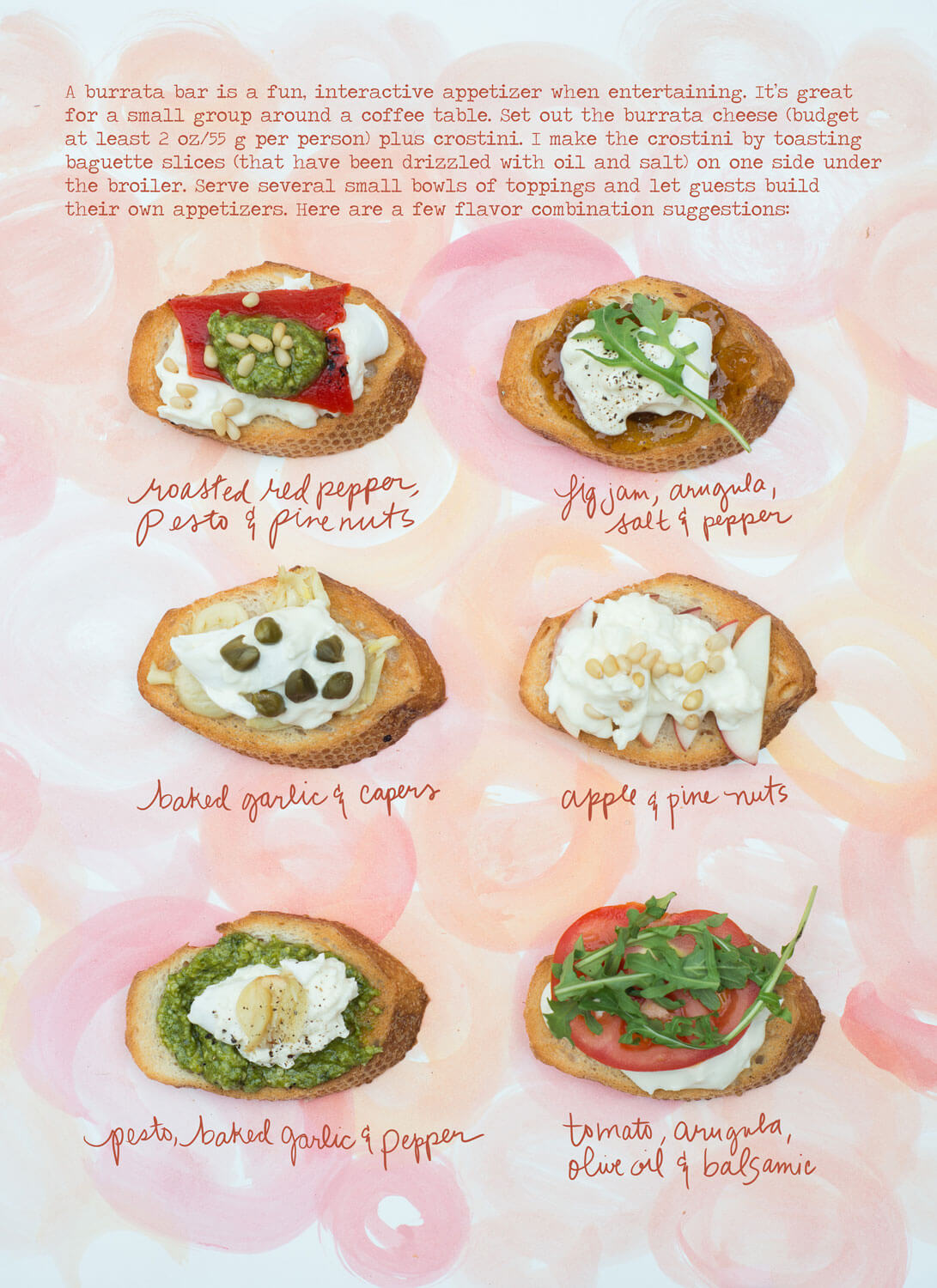 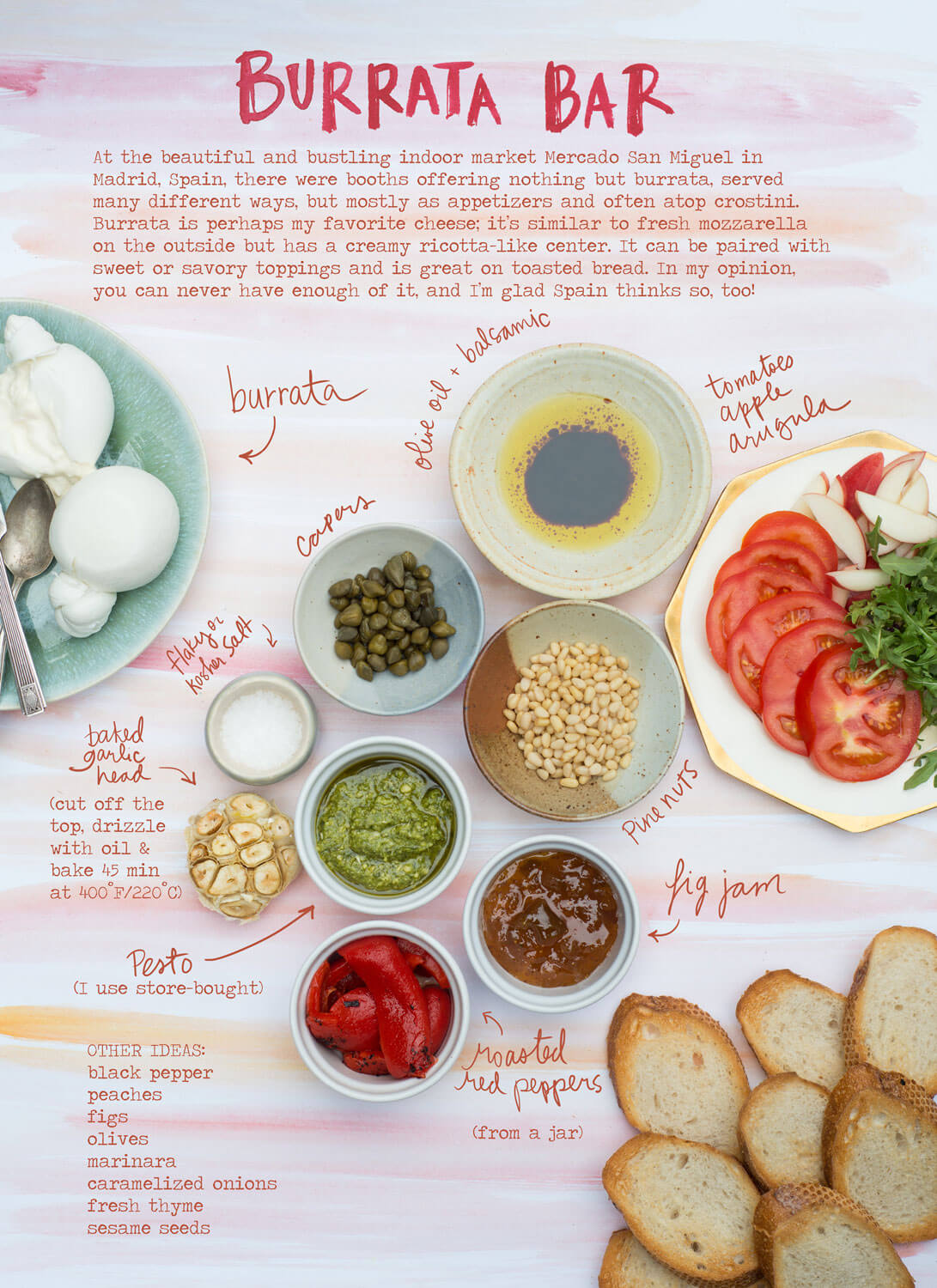