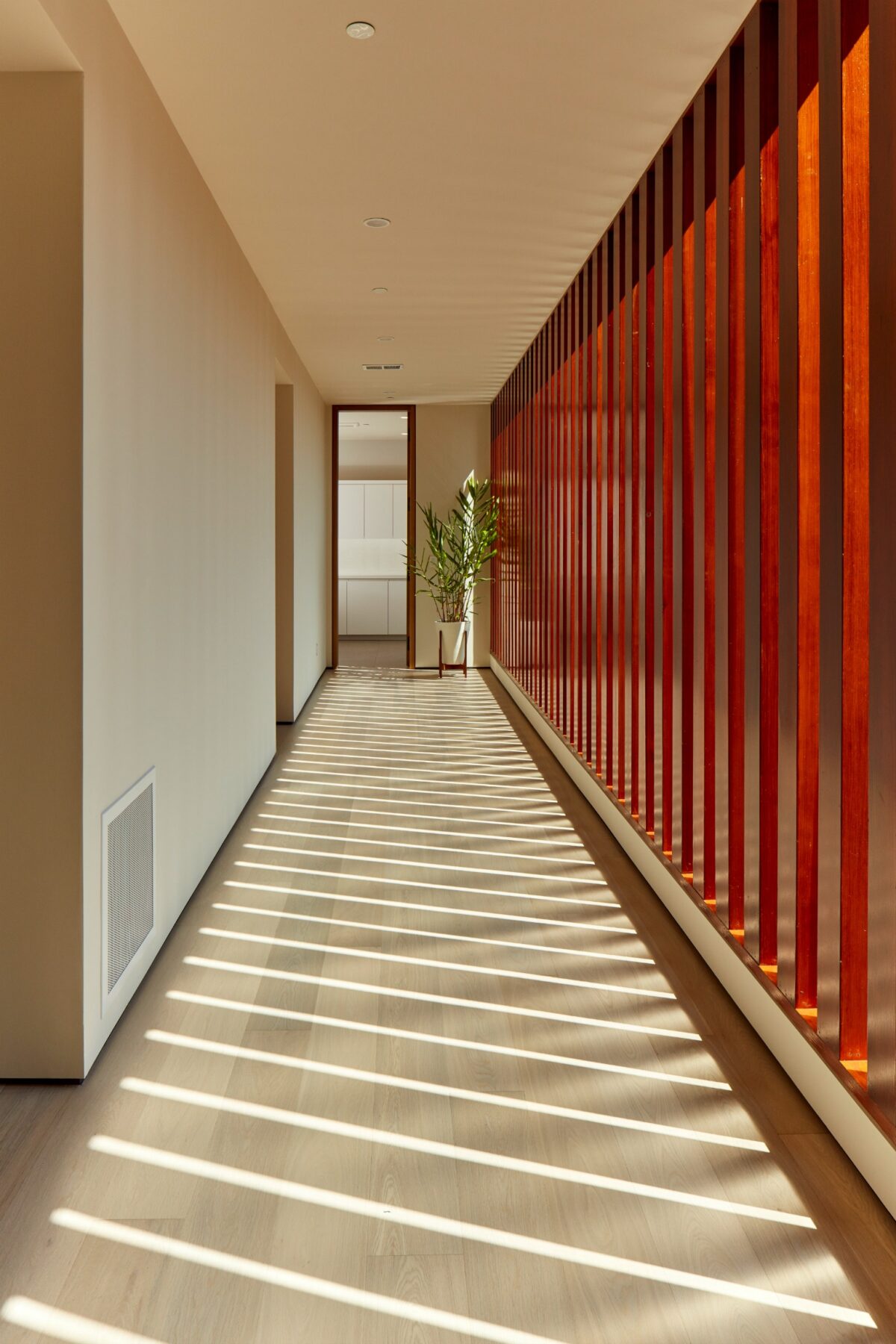 As a Bay Area architect with more than four decades of experience, Robert Swatt put his share of time into commercial projects but eventually narrowed his focus to his greatest passion: creating custom modern dream homes. “We are very careful about the work that we do and we are very selective,” he says. “We love designing dream homes because our clients are emotionally and financially invested in the project. We become part of that process of making the dream come true.”

Robert’s prime concern is quality design, services and construction for the client. Mindful of protecting the reputation of Swatt | Miers Architects, he says he typically steers clear of speculative housing projects—because there’s a developer on the other side, rather than an actual homeowner or client. “Traditionally, the developer’s prime concern is profit. The goal is making money. That’s their business,” he says. “There has to be deep trust that the developer will not veer from the specifications and will never cut corners in order to maximize profits. Whenever we think about doing developer work, we have to ask ourselves, ‘Do we feel confident that this developer will see the vision through?’ That’s why we don’t do it often.”

But when Robert was approached about a project in Hillsborough, he was instantly intrigued. The South Bay-based developer/builder had done contemporary work but wanted to expand into more modern design. And the broad, nearly one-acre lot near the end of a cul-de-sac offered interesting shapes and features. “We love topography because it gives buildings something to connect with and to relate to and respond to,” he says. Robert also connected with the developer’s intent: “They appeared to have the same interest. They don’t know who the homeowner is but they really wanted to create something great.”

Robert joined the team and immediately recognized that having no homeowner removed certain constraints. Accustomed to working with very specific and sometimes “unusual” requests and requirements, Robert embraced a different goal for the project. “The design had to be timeless—not trendy. It needed to stand the test of time,” he says, which for Robert, meant engaging the basic timeless principles of modern architecture.

Adapting the building to the land, open planning with flow from one space to the next and connecting inside and outside all became paramount to the home’s design. The topography that initially captured Robert’s imagination—which he describes as “a cross slope on a diagonal”—needed to be addressed first. “The typical builder would either fill part of the site or they would cut part of the site to create a level pad for the building,” Robert notes. “But we don’t work like that.” Instead, Robert took the building and knitted it to the landscape, stepping everything down from the site. The two-story, 7,660-square-foot building he ultimately designed naturally split into five levels. Robert describes the design as an “H-Shape,” with a two-story wing on the right, a two-story wing on the left and a two-story great room in the middle. “There’s an art to being able to design these larger homes,” he says. “Spatially, all the spaces are kind of shared with each other, which makes all the public spaces feel larger and well connected. It’s not only a great house to live in, it’s a great house to entertain in.”

To keep a residential scale, one of Robert’s strategies is to express distinctive elements—whether it’s an all-glass entry, a stone vertical element or a floating stair tower. “All of these different elements are designed and pulled together in an artful way, to break up the scale of the building and make it feel more residential, more like a home, even though it’s a sizable structure,” he says.

Although the Hillsborough home was created as a speculative project, Robert always kept a conceptualized homeowner in mind. He incorporated the open spaces his clients typically request—providing fluidity between the kitchen and family rooms and informal dining. Envisioning a family with older kids, he made sure the design offered a little separation, effectively giving the master suite the perception of a retreat. And as it turned out, the act of designing the master suite confirmed Robert’s early instincts that he and the developer/builder were aligned in their vision.

As he examined the site’s topography, Robert recognized the potential for a spectacular element—a cantilevered master bedroom, appearing to nestle in the trees: “It really wanted to be hanging out there 18 feet. We could have put two columns underneath it to support the darn thing, but it is so much more dramatic to see this element that’s just floating above the landscape.”

He took his idea to the developer, keeping his expectations in check. “With a spec house, the usual formula is to do the easy things, not the difficult things. You do the difficult things for the client who wants to try something really special and daring,” Robert relates. “But in the case of this home, he was enthusiastic about it. It would take a brave owner to do it, and he was brave and he did it and that’s just wonderful.” The project took about two years to complete and Robert points with pride to the home’s interweaving of custom touches, evocative elements and seamless indoor and outdoor flow. Front views of the home reflect a mix of materials—white cement plaster, sandstone and Western Red Cedar—with wood slats bringing in light while creating a sense of visual privacy. A “walk over” water feature marks the entry, which steps down with the contours of the land into a great room with soaring 22-foot-high ceilings. The wood screen lining the corridor heading to the children’s wing delivers eye-catching patterns of light and the two-island kitchen adjoining the family room creates a welcoming space.

And while Robert will continue to prioritize his “dream home” clients, he’s happy he took the chance on a different kind of working relationship and anticipates future collaboration. “We don’t do it often,” he says, reflecting on his previous experiences with spec projects. “But in this case we did it and we love the way it turned out.”