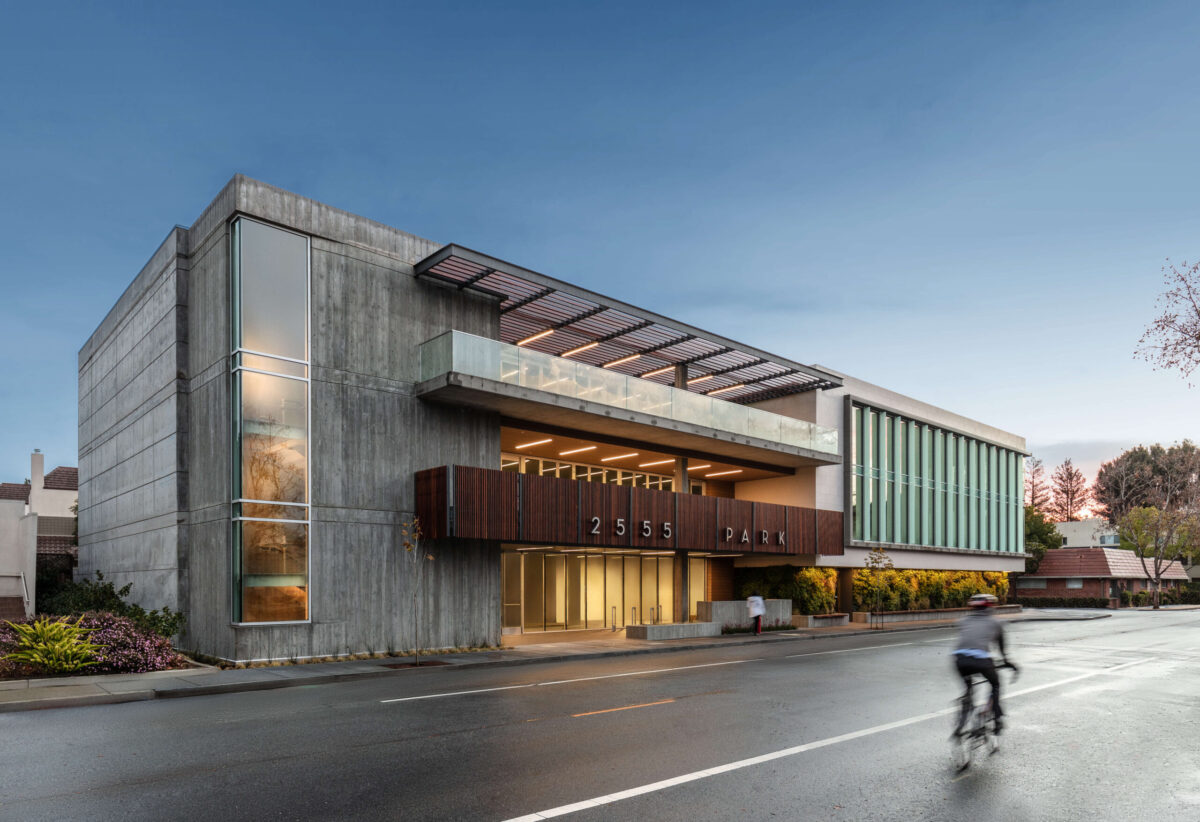 The plurality in Heather Young Architects reflects a simple truth that the firm’s principal and namesake encountered across her three decades designing and erecting buildings.

Architecture is a team career. Projects rely on a collaborative effort between the client, consultants, the building planning department, contractors and Heather’s team of fellow architects, designers, marketers plus one faithful IT guy.

With a degree in architecture from Rice University and a masters of architecture from Yale in 1991, Heather explains that she went through school during the era of the star architect: a lone figure who was entirely responsible for a project. She disrupted this model, choosing to structure a business grounded in collaboration when approaching residential and commercial properties.

Prior to establishing HYA in Palo Alto, she was a partner in Fergus Garber Young Architects (the “Y” in FGY). Heather’s projects on the Peninsula include noted commercial spaces like Equinox Palo Alto, 2555 Park and Palo Alto University Club, along with residential work spanning historic home renovations to cottage retreats. She is a champion of green building, a current member of the AIA San Mateo board and previously served on the architectural review board for the city of Palo Alto.

Heather explains that HYA provides the opportunity to explore a diverse range of projects from commercial, mixed-use, multi-family to single-family homes but that the decision to place her name front and center took convincing. “It was 1,000 drops of water on the stone,” she says. “I’d hate to show you our short list of potential names and logos.”

Launched in January, HYA emerges on the Peninsula as the year’s outlier for creating modern and exquisite architecture that’s easy on both the eyes and environment. PUNCH checked in with Heather to learn about her first year at the helm of her own firm, how commercial architecture is adapting today and the way basketball teams and design teams overlap.

You’re in your first year after separating from Fergus Garber Young Architects but it wasn’t a Jerry McGuire moment when he said, ‘Who’s coming with me?!’ –you still have weekly lunches with your former partners.

[Laughs] It was a lot less dramatic than that! HYA’s focus is office, mixed-use, multi-family and residential. My two partners, Daniel Garber and Catharine Fergus Garber (they’re married), and I had a great working relationship for 18 years. We realized that the folks supporting them really wanted to do the single-family homes, and the folks supporting me really wanted to do the mix, the broader spectrum of projects. In order to support our staff, we felt that it was probably a clearer identity to have Fergus Garber FGA and Heather Young HYA become separate entities. But we’re in the same building; we’re downstairs and they’re upstairs.

What is a unique challenge when designing for commercial rather than residential?

When a business asks you to design their building, do you have free rein to build what you want or is it often the case that they have 90 percent already figured out and you’re applying the final touches?

Rarely is it, ‘We’ve got 90 percent figured out, can you finish it up?’ One of the things we’ve been extremely fortunate to have is a lot of repeat clients. It’s not uncommon to get a call saying that they’re interested in a piece of property—what can they do? We explore different scenarios for them to help envision what the project could be.

We are all thinking about how office space and homes are going to change with response to the pandemic. In an office environment, for the last 15 years, the race has been how can we put more people in less space. I think for a lot of furniture makers who make desking systems, when six feet is your minimum proximity and five feet is a benching standard, does that mean they’re going to change their furniture design? They’re probably asking themselves how to make sexy and inviting sneeze guards between every workstation now.

As a child, you built a dollhouse that had electricity—how was your creativity in home design nurtured?

My mother had a design company when I was in grade school and high school. She was designing and manufacturing a number of home goods lines. There was always a sewing machine active in the house, always a jigsaw going and painting happening in the house. I was not much of a girly-girl who played with dolls (I hated them, actually) but the idea of building something and creating it really appealed to me at a young age.

When I was a kid, my family went to a YMCA open house for a basketball league. We listened to the little spiel and I said, ‘Dad, this sounds pretty cool.’ He asked if I wanted to play and I said, ‘It sounds great but I’m a girl.’ And he said, ‘No no no—do you want to play?’ I said yes. We marched over to the YMCA and he asked, ‘Is there any reason why my daughter can’t sign up?’ I was the only girl in the league and it was very fun. I only stopped playing basketball 10 years ago when I blew out my ACL.

I have to give a lot of credit to my dad, who didn’t let me dismiss a desire solely on the basis of my gender. I think that was a big lesson for a 10-year-old.

Before your ACL accident, were you a point guard, shooting guard or center?

I’m almost six feet tall and I’ve always been the center. I loved playing basketball; it’s a team sport and collaborative. I always felt like the best thing I could do was not necessarily to score, but to see the opportunities and to be the glue that fed the ball to that perfect person. Or provide the screen just at the right moment. And I just loved swatting away the ball.

And that’s what we do in the studio all the time; we’re trying out different approaches and ways of thinking about design, form, material and how they come together to find the right shot.

From a woman’s perspective, how has the architectural field changed over the years?

My profession when I started was much more male-dominated and it’s become much more gender-neutral. Typically, I’ve been in environments where there were, by default, a lot of men. At my first job, I was the first woman in the drafting studio. The partner took me aside and said they still had a dress code and that I had to wear a skirt or dress every day. The next day, he asked me to measure an old warehouse and I had to climb up ladders and get on the roof. I did get a special dispensation to wear pants. It’s a changing world.

You’re known for your scarves. How did you come into possession of your first scarf?

I was always in over-air-conditioned buildings, and it was a survival tactic to stay warm. Over the years, I’ve grown to like the comfort of a nice scarf around my neck. Naturally, you end up with more of them. I’m horrible, I wear them until they’re in shreds with no life left.