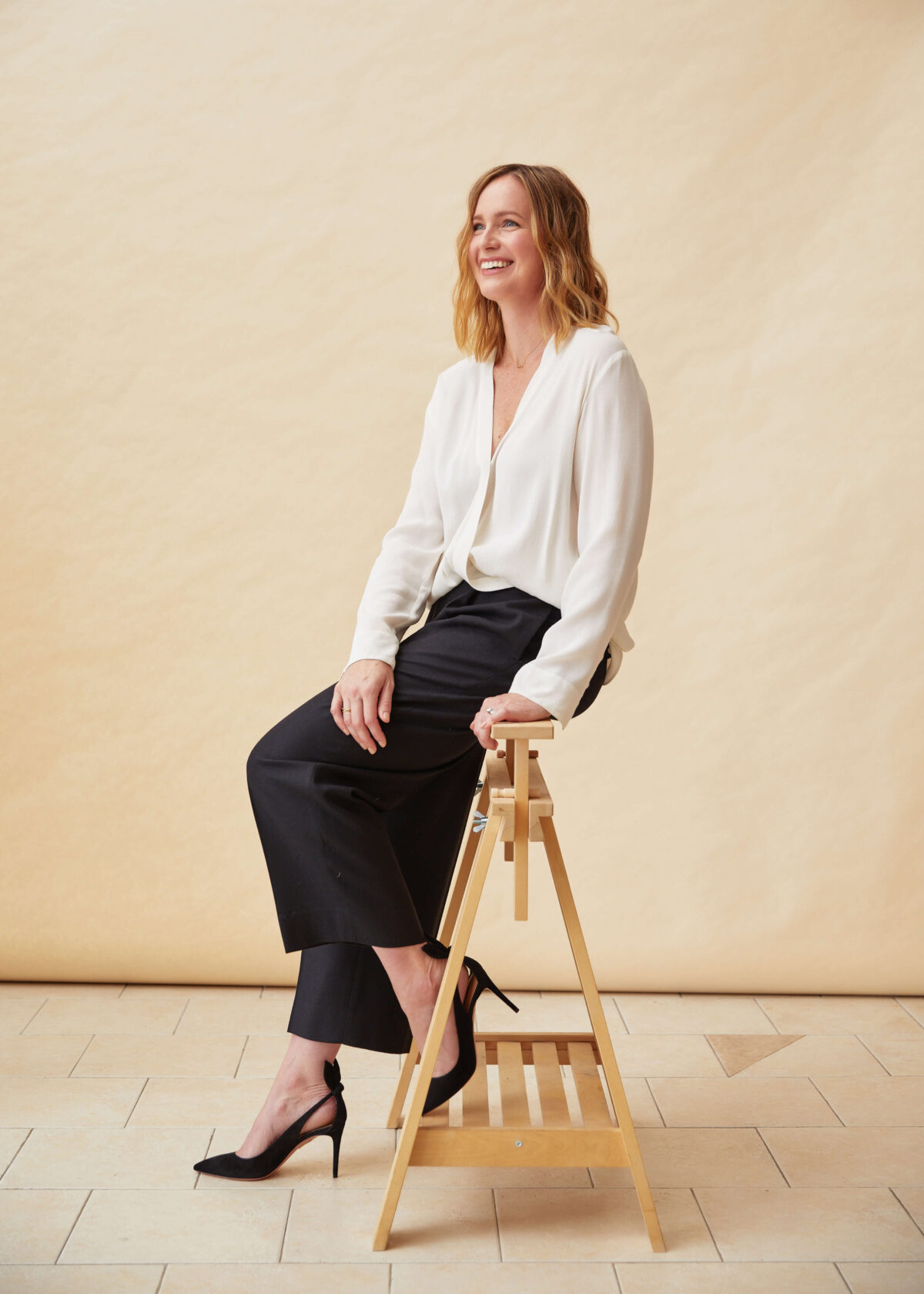 Thinking back on her childhood in San Marino near Pasadena, Amanda Shoemaker Teal recalls buying new knobs for her dresser and dragging it out onto the lawn to refinish it. “What?” she queries with a laugh. “Not all nine-year-olds do that?”

At the time, Amanda didn’t dwell on her early proclivity for enhancing decor. As the only child of legendary racing jockey Bill “Willie” Shoemaker, her world revolved around horses. “I grew up in a barn almost literally. I was a total racetrack brat,” she says. “My mom rode hunters and jumpers and her father played polo, so I was surrounded by horse people from all angles.”

Amanda accompanied her father on his farewell tour through Europe, Japan and Australia, which she now credits with sparking her love affair with everything design-related. “It opened my eyes to a lot of different cultures and styles,” she says. “The horse community is a small community so we always stayed in people’s homes everywhere we went, and I was able to see how people live in all different ways.”

When she couldn’t accompany her parents, Amanda would stay with her Dutch grandmother, who also contributed to her budding aesthetic awareness. “The Europeans mix in such a carefree way,” observes Amanda. “She had this eclectic style, where she would mix mid-century things that she had clearly picked up in California with pottery from Japan and old heirlooms from Europe. I remember looking at all these treasures and while it was abstract at that point, I fell in love with the decorative arts.”

With her family life wrapped up in her father’s career, Amanda pursued an equestrian path of her own. When she wasn’t in school, she’d be out riding hunters and jumpers, and in 2002, she moved up to Menlo Park to work for Millennium Farm. “I rode all day,” she recounts. “My mornings were spent riding and my afternoons were spent teaching little kids on their ponies and horses.”

Amanda’s work led her to other barns, including Portola Valley Training Center, where she experienced a fateful encounter with Rebecca Bradley, a fellow rider who also happened to be the founder of a well-known San Francisco interior design firm. “Until I moved up here to ride, I didn’t even know design was a career,” Amanda says. “I’ve always had this love of it and I was always drawn to it, but it didn’t even dawn on me. I didn’t know any interior designers.”

Now she was regularly riding with one.

Amanda worked up her courage and shifted the conversation away from horses. “What a cool job!” she remembers saying, followed by the question: “How did you become an interior designer?” Bradley became Amanda’s mentor and encouraged her to pursue an interior design degree from San Francisco’s Academy of Art University, which led to an internship, followed by a full-time position. “It was the most wonderful crash course not just in how to design but also in the business of design because her office ran like a well-oiled machine,” explains Amanda. “She’s sort of a singular talent and I was able to learn from her on both sides of the process—the creative process and the business process.”

In 2010, with her days of professional jumping behind her, Amanda decided she was ready for a different leap: launching her own firm, Amanda Teal Interior Design. “I started small like everybody starts, helping a friend whose mom wanted some pillows or whatever it was, and then I really started to get some traction,” she says. Ten years later, working with a highly-collaborative team in a Menlo Park office, Amanda specializes in whole home—remodel or new build—projects. “I’ve always been obsessed with this idea of barefooted elegance, which feels very California to me,” she says. “Real elegance is the balance of livability and sophistication.”

Remembering the intense impressions she gleaned as a child through her travels, Amanda now recognizes the emotional impact of design. “You can walk in somewhere and think that it feels really good or really relaxing or kind of edgy,” she notes. “Design is transformative in the sense that it really affects how you feel.” As a designer, Amanda says it’s her job to figure out how clients want to feel and how they aspire to live—and then translate that into a physical environment. “I love connecting with my clients,” she says. “We end up spending a lot of time together, and you get this glimpse into people’s lives that you wouldn’t normally get.”

Raising two boys with her husband in Portola Valley, Amanda finds that she’s naturally drawn to working with families, which brings an inherent durability requirement. Her goal is to create high-end, highly-livable custom interiors, and she’s quick to clarify that high-end is frequently misconstrued. Rather than being synonymous with expensive, the concept equates to quality, craftsmanship and the integrity of how things are made. “It’s finding those special elements and adding things like texture and comfort,” she says. “People are just looking to have really lovely homes that feel comfortable. We all had that room when we grew up that no one was allowed to go into, and people don’t want to live like that. Everything that we do is about the quality and being able to sit down and put your feet up no matter what—because if it’s not comfortable, what’s the point, really?”

A decade into the launch of Amanda Teal Interior Design, she is gratified by her firm’s organic growth and how she’s now seeing clients return for a second and even third time. “We are kind of growing together as their families grow and change,” Amanda observes. “We’re creating the backdrops for them to have family memories for years to come.”

Between the juggle of work and raising children, Amanda doesn’t find as much time to ride these days, which made an October 2019 trip to Argentina to ride at an estancia with gauchos especially meaningful. Her oldest son is now riding Western (“We’re adding a new discipline to the family repertoire.”) at Woodside Horse Park, but for now, Amanda contents herself with the occasional ride and the realization that the lessons she learned in her riding days continue to provide inspiration.

“The discipline of riding taught me a lot,” she says. “The value of hard work—when you’re taking care of horses, there’s no time off; you have to be even-keeled and have a lot of patience, and I think I’ve brought all of those things with me into my design career.”

Amanda’s father passed away in 2003, and although he didn’t live to see her professional change of course, she’s confident that he’d be satisfied with the path she has chosen. “He was always proud of me, no matter what,” she reflects. “His thing was always, ‘Just work hard. Whatever you do, just work hard at it.’ He just wanted to make sure that I was giving my all to whatever I wanted to do.”