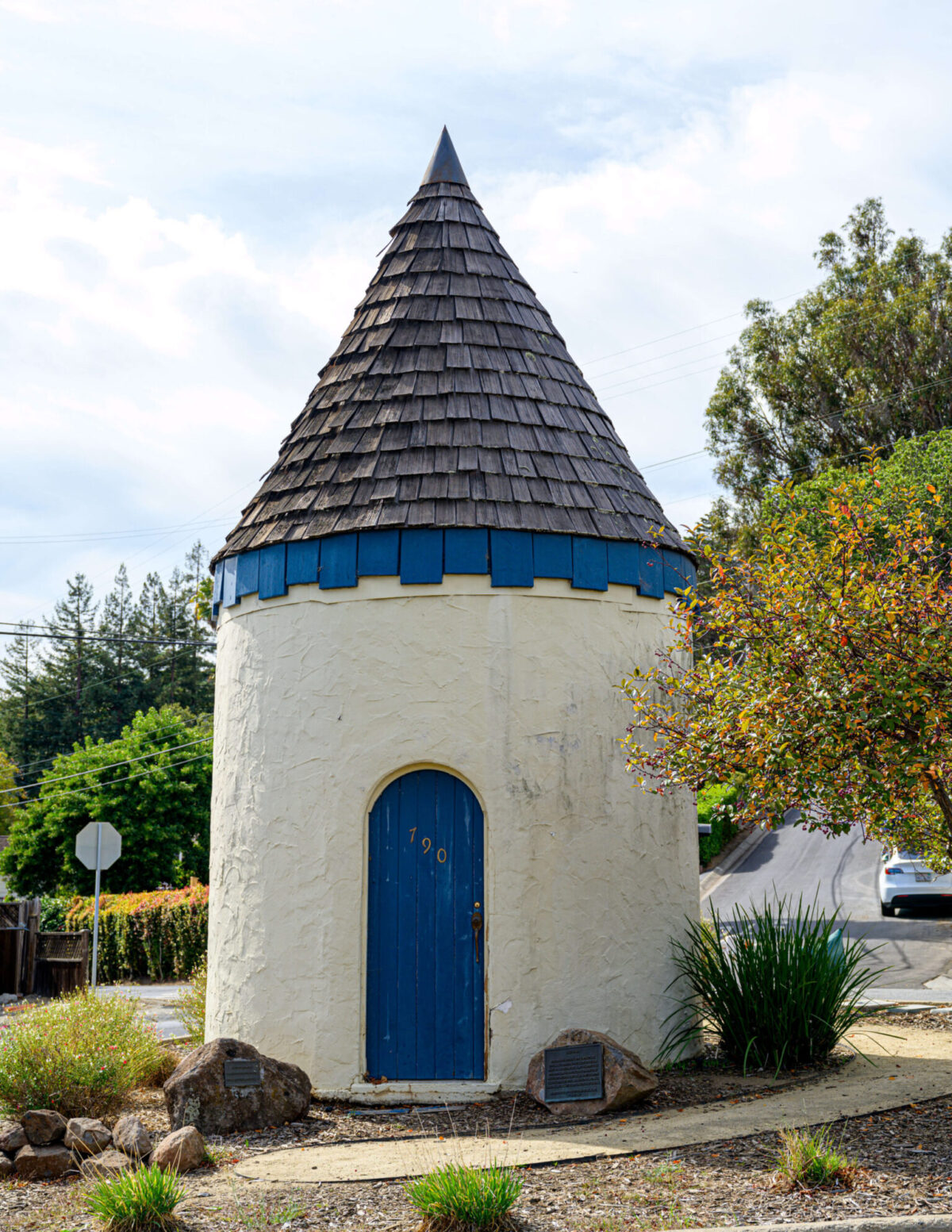 In the heart of residential Belmont lies a mysterious kiosk that tends to confuse people passing by. Could it be a large mailbox? A remnant from an old playground? Or perhaps an oddly-designed piece of city decor? The structure stands out from its surroundings with its blue door, medieval design and turret top. Known as the Belmont Kiosk, the circular building lies at the intersection of three streets: the busy Alameda de las Pulgas, Arthur Avenue and Covington Road.

The Kiosk was built in 1924 in conjunction with the attempted creation of Belmont Country Club Properties, a proposed 1,000-acre development in Belmont. It was marketed as a luxurious community of estates complete with hiking trails, a golf course and a central country club. Modeled after a French medieval grain silo, the Kiosk served as the promotion office for the franchise.

However, due to overspending and the Wall Street Crash of 1929, Belmont Country Club Properties turned out to be an unsuccessful venture that left behind the eye-catching silo, a clubhouse, a swimming pool and a golf course in its wake. Even after the course closed down and the pool was filled in, the little Kiosk continued to stand tall. In 1997, Pantano Properties donated the local landmark to the city of Belmont in memory of Florence Pantano. After being re-dedicated in 2007, the Kiosk continues to hold court as the focal point of a median mini-park that welcomes visitors.