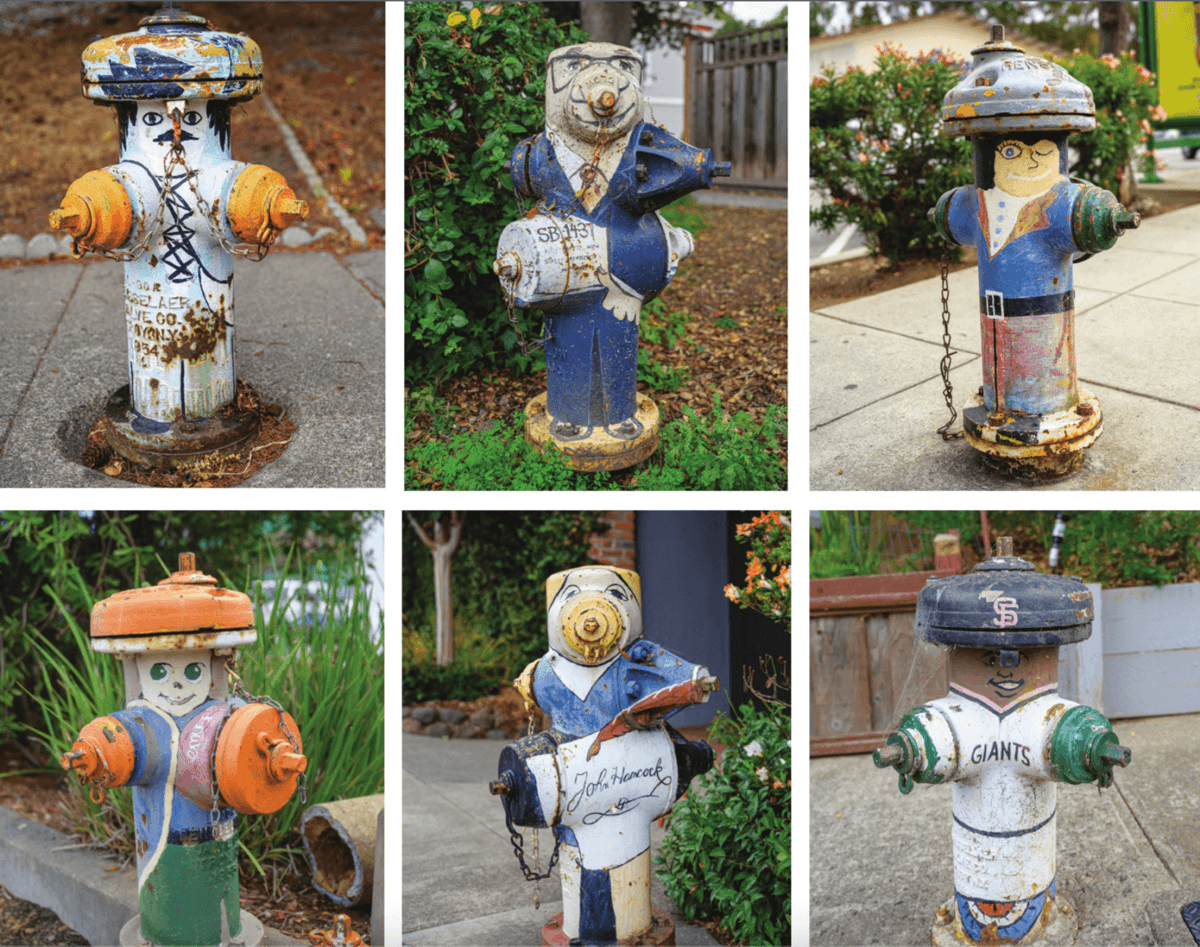 If you live or spend any time in Belmont, you may have noticed that not all of the fire hydrants look the way you’ve come to expect. Whether you’re walking along a residential street or driving down busy El Camino or Ralston Avenue, colorfully decorated hydrants seem to pop up all over the place. Back in the early 1970s, in a tribute to the approaching U.S. bicentennial and Belmont’s 50th anniversary, residents rallied in a collective creative spirit to paint more than 300 city hydrants. Inspired by the larger “Paint a Plug for America” program, many of the hydrants captured patriotic characters—including Betsy Ross, John Hancock and Paul Revere—with additional themes ranging from robots to the San Francisco Giants. Jim McLaughlin, a former Belmont city clerk, suggested the idea and even wrote a poem, “The Happy Hydrants of Belmont,”to commemorate the initiative. The name “Happy Hydrants” stuck. Over the years, the number of hand-crafted plugs dwindled due to aging and weather damage—as well as new state standards enacted in the 1990s, which mandated uniform hydrant colors. Fortunately, many of Belmont’s “Happy Hydrants” got a reprieve from the law thanks to a bill sponsored by former state senator Quentin Kopp, and an estimated 50 to 60 are still around to catch your eye and elicit a smile.