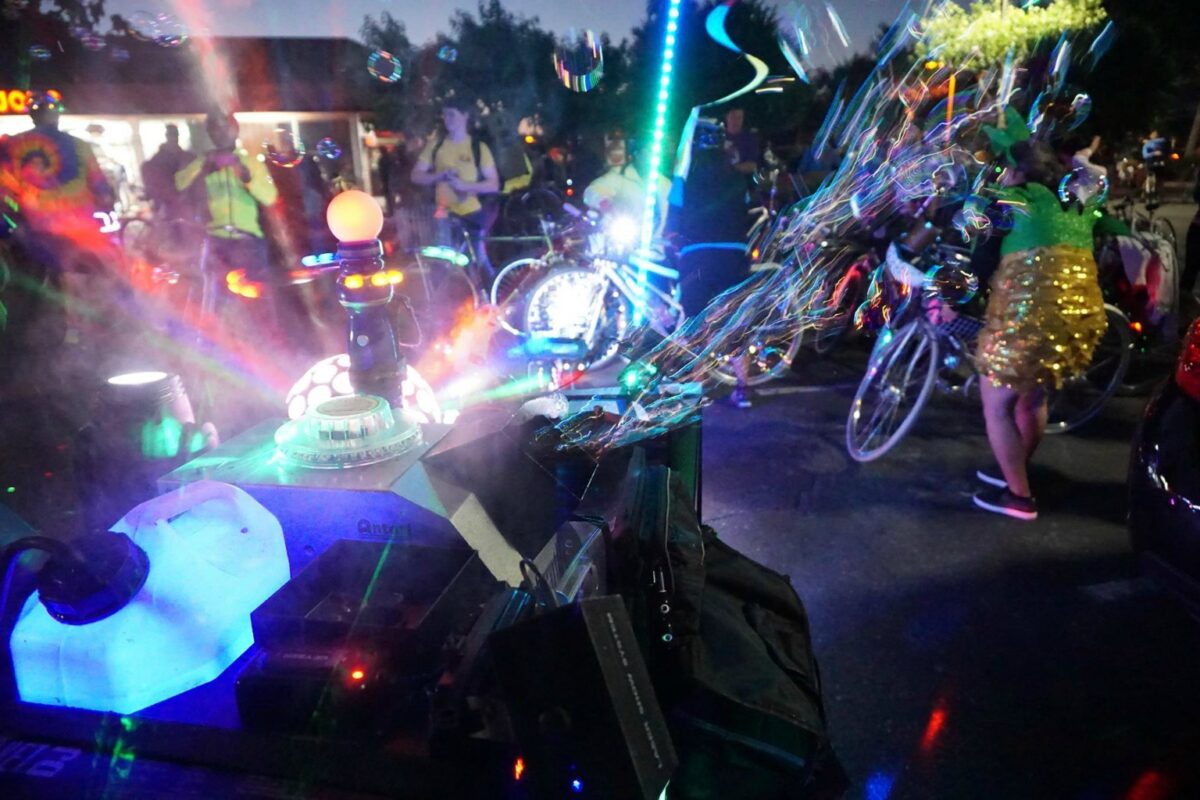 Any time you’re on the road on the Peninsula, you’ll be sure to pass at least one group of intense, Lycra-outfitted bikers. Although we all enjoy taking a quick ride down to the farmers market or on city streets, these bikers are in a whole different stratosphere. Since most serious Peninsula bikers belong to a group or club, PUNCH presents our field guide to local bike gangs. It should help you identify the next group you see on Junipero Serra or Skyline Boulevard, and maybe it will even encourage you to take a ride yourself.

The most formal of these bike clubs almost verge on professional athletic associations. Alto Velo Racing Club, for example, has corporate sponsors, matching jerseys and membership dues. All that infrastructure hints at how seriously the members take their rides. The club counts former Olympians among their more than 200 members and competes in races like the Pescadero Coastal Classic, which last year consisted of a 27-mile course and almost 4,000 feet of climbing. The club leads planned rides almost every day of the week, including some for more casual bikers, which you can read about on their website altovelo.org.

Although they’re not made up of full-time athletes, some of the groups do have a professional connection. Murray Engineers in Los Altos is a group of engineers, architects, designers and builders who bike together before, after and sometimes even during the workday. The firm also sponsors youth cycling teams, just to make sure that the next generation of Peninsula residents are getting out on the road as well. You can see more about their cycling events at murrayengineers.com/cycling.

On the other end of the spectrum is the Over the Hill Bike Club, which started 25 years ago when two friends in Woodside met for a weekend ride. The group still meets every Sunday at Roberts Market at 9 AM, and their usual route starts with a climb up Old La Honda, which is something of a benchmark for Peninsula riders; everyone seems to know what their best time is and when they beat their personal record. There were even some organized races up the hill back in the day, but the cheering as people strove to beat their best times became a problem with surrounding homeowners. See pictures of the club and find more information at overthehillbikeclub.webs.com.

These bike groups are definitely aware that drivers aren’t their biggest fans. In fact, some groups even have sections of the California Vehicle Code prominently displayed on their websites, often with the word “vehicle” in bold, as a reminder that the law holds someone in a car responsible for yielding to bikes in an intersection.

Despite the huge range of different groups, they’re all united by a desire to get out on the road, test their physical capabilities and have fun. While bike groups are always comprised of riders with different skill levels, riding the hills of Woodside is no joke. So if you’ve been reading along, waiting to find a group that might fit your fitness level, here it comes. The San José Bike Party organizes rides all over Silicon Valley, and as soon as you see them pass by you’ll notice a key difference from other groups we’ve mentioned—no Lycra. Instead, partygoers are more likely to be wearing Star Wars costumes or Hawaiian leis, and their backpacks contain portable speakers rather than protein gel packets. Their routes, which often start at the Mountain View train station, cover 10 to 15 miles of flat road. Since the rides often take place on weekday evenings, they’re also the perfect place to start if you’re not sure you’d like to dedicate your entire weekend to an intense ride. The best place to see updated information about the Bike Party’s next event is on their Facebook page, or at sjbikeparty.org.