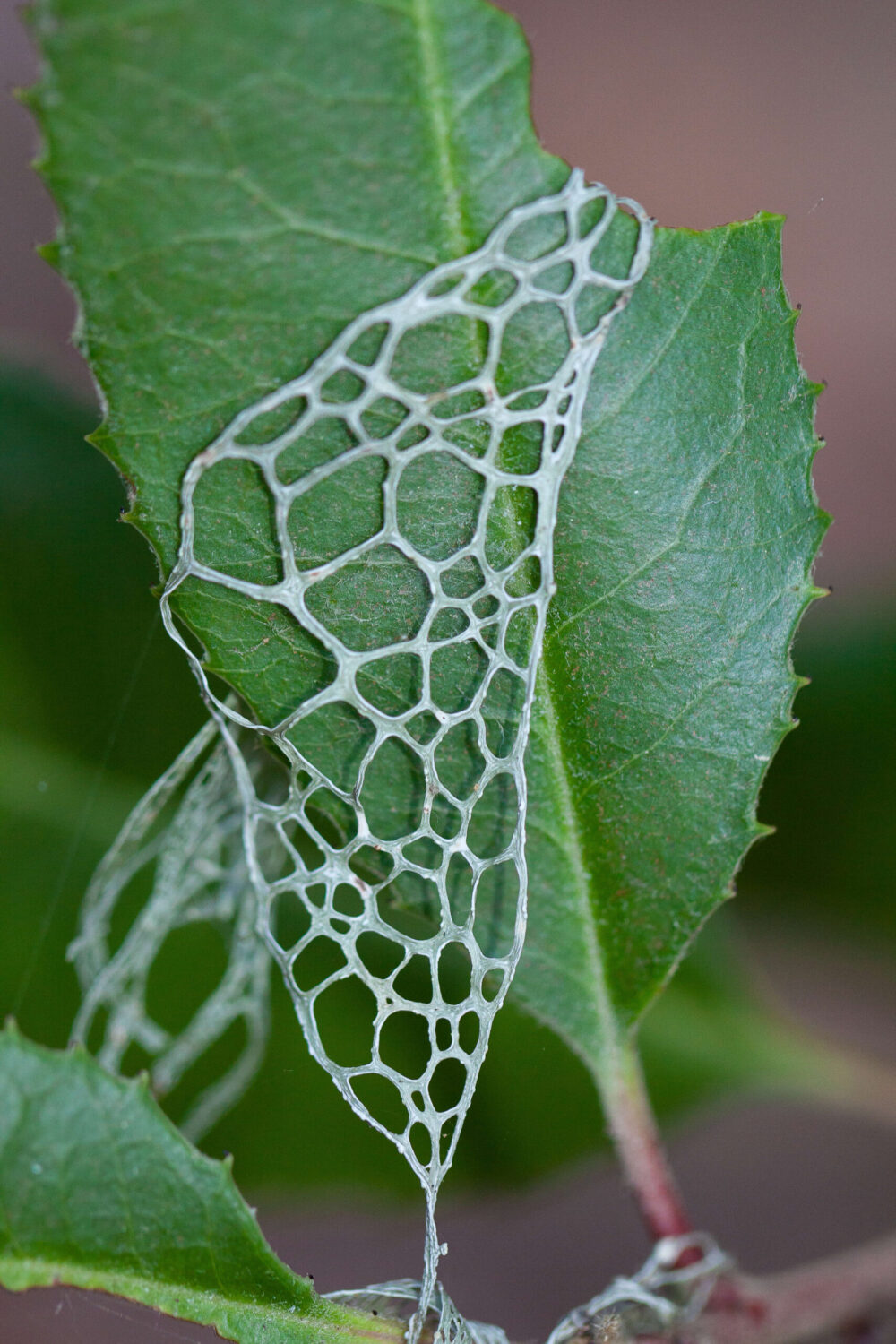 Jennifer Rycenga is crouched at the edge of a dry stream bed, ears perked and eyes scanning the rocks and scrub. Armed with a smartphone, she’s on the hunt for interesting critters and plants.

“Hear that? That’s a brown-headed cowbird,” she says, sotto voce. “And that’s a golden-crowned sparrow.” She’s about to photograph a centipede when a crowd starts to gather: It’s officially go-time. 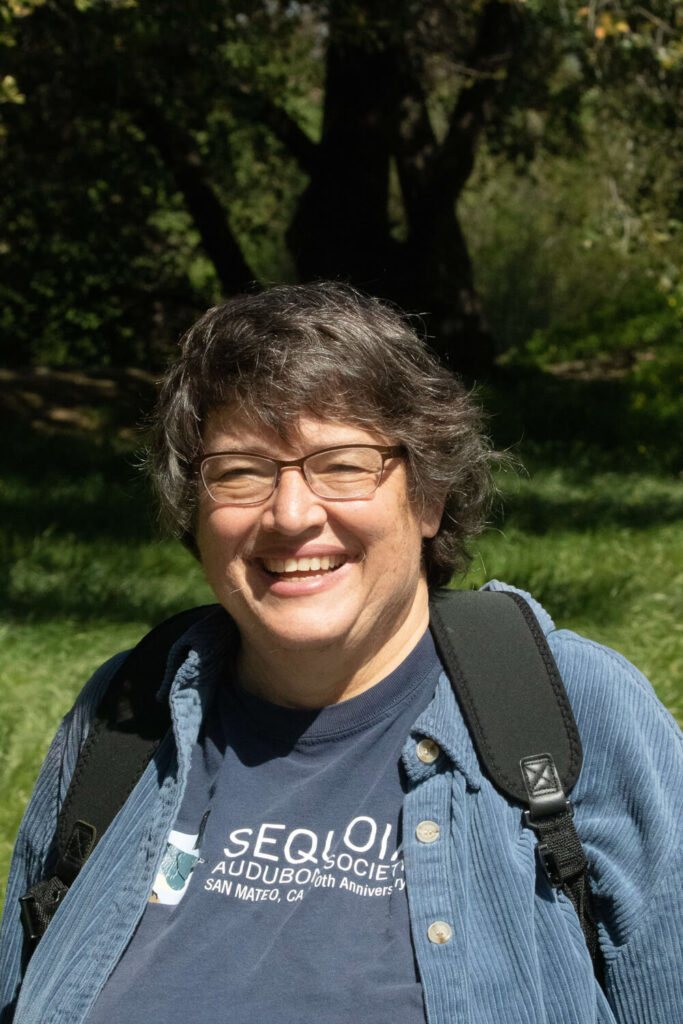 Jennifer is taking part in a BioBlitz, a community event that aims to record all species within a designated area during a set period of time. Over the next two hours, she and a diverse gaggle of hobbyists and experts will scour Penitencia Creek County Park in San Jose, logging their observations into a nature-identification app called iNaturalist. Jennifer (iNat user name: gyrrlfalcon) aspires to add more than 10,000 observations to the app each year, putting the San Mateo resident among the top “power users” worldwide. Currently, she ranks number 19 for observations and 69th for species. “I want to be in the top 20,” she says with a grin. “I have my goals.”

So how does a professor of Religious Studies at San José State University who also holds a master’s degree in music composition become an iNat power user and a prominent advocate for “citizen science” (or, to use the more inclusive term, “community science”)—that is, public participation in scientific research?

Born in Wisconsin and raised in Connecticut, Jennifer traces her passion for nature study back to her PhD program at the Graduate Theological Union in Berkeley, when a trip to Point Reyes piqued her interest in birding. Establishing her academic career took precedence for the following few years, but when she got her job at San José State in the mid-1990s, she began “listing” in earnest—documenting as many bird species as possible—and found herself hooked. 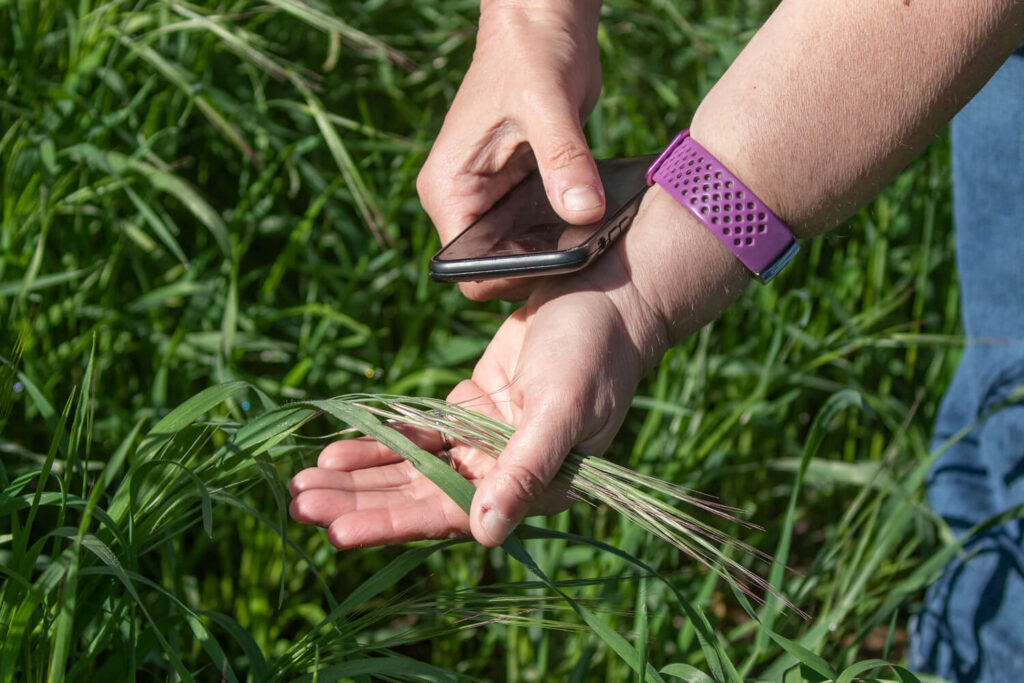 By 2001, she’d helped to found the Queer Birders of North America, and the following year, Jennifer had a first date—14 hours of birding—with her now-wife, Peggy. In 2006, downloading a newly launched app called eBird took Jennifer’s birding skills to the next level, and her growing passion led her to the board of the Audubon Society’s San Mateo County chapter, the Sequoia Audubon Society. Soon, she was developing its online San Mateo Birding Guide, adding rare birds seen in the county and expanding its coverage to lesser-known parks.

The watershed moment in Jennifer’s evolution as a citizen scientist, though, was an encounter with a rattlesnake while she was on a hike. Hoping to add the rattler’s photo to an online list of reptiles, she was redirected to a then-new platform, iNaturalist. She joined on August 13, 2012, putting a way to discover and share not just birds, but also other forms of nature, at her fingertips.

“Almost immediately, my attitude was, ‘This is the best thing ever,’” she recounts as she gently rolls over a log, revealing a California slender salamander. Her adoption of what she describes as a “virtual specimen drawer” was so life-changing, in fact, that she celebrates the anniversary each year by hosting her own BioBlitz.

Today, Jennifer is president of the Sequoia Audubon Society, and she’s expanded its online birding guide to 100 sites and counting (check it out at birding.sequoia-audubon.org). Thanks to her commitment, the chapter also teams up with iNaturalist, the California Academy of Sciences and San Mateo County Parks to co-facilitate BioBlitzes throughout San Mateo County.

Occasionally, one of the BioBlitzes that Jennifer organizes turns up something utterly unexpected that has a significant scientific impact, such as a 2019 discovery of a pillbug that hadn’t been seen north of San Luis Obispo in 90 years. More importantly, though, Jennifer approaches her citizen scientist activities as a way to build an inclusive community and preserve a resource she loves through a grassroots, participatory process.

“You don’t save something you’re indifferent to,” she says, “and getting people to love the natural world, to be curious about the natural world and to consider it from both a scientific and, for lack of a better word, a spiritual perspective, is part of what all of us can do right now.”

As the BioBlitz comes to a close, Jennifer tallies up her finds: 39 observations of 26 species, representing eight of the 13 different categories in iNaturalist. (In total, today’s event, which was organized by BioBlitz.club, Keep Coyote Creek Beautiful and The Bay Area Ridge Trail, found 124 different species.) For Jennifer, eight categories isn’t bad, but the holy grail is finding all 13 in one day. “Once that’s done,” she acknowledges, “I’ll set a new goal that’s just as crazy.”

With that, Jennifer has to scoot: She’s heard a hot tip about a nearby Cassin’s finch, a rare bird in the Bay Area and a contender for the 299th spot on her Santa Clara County birding list. She can’t wait to snap a photo and share yet another wild find.