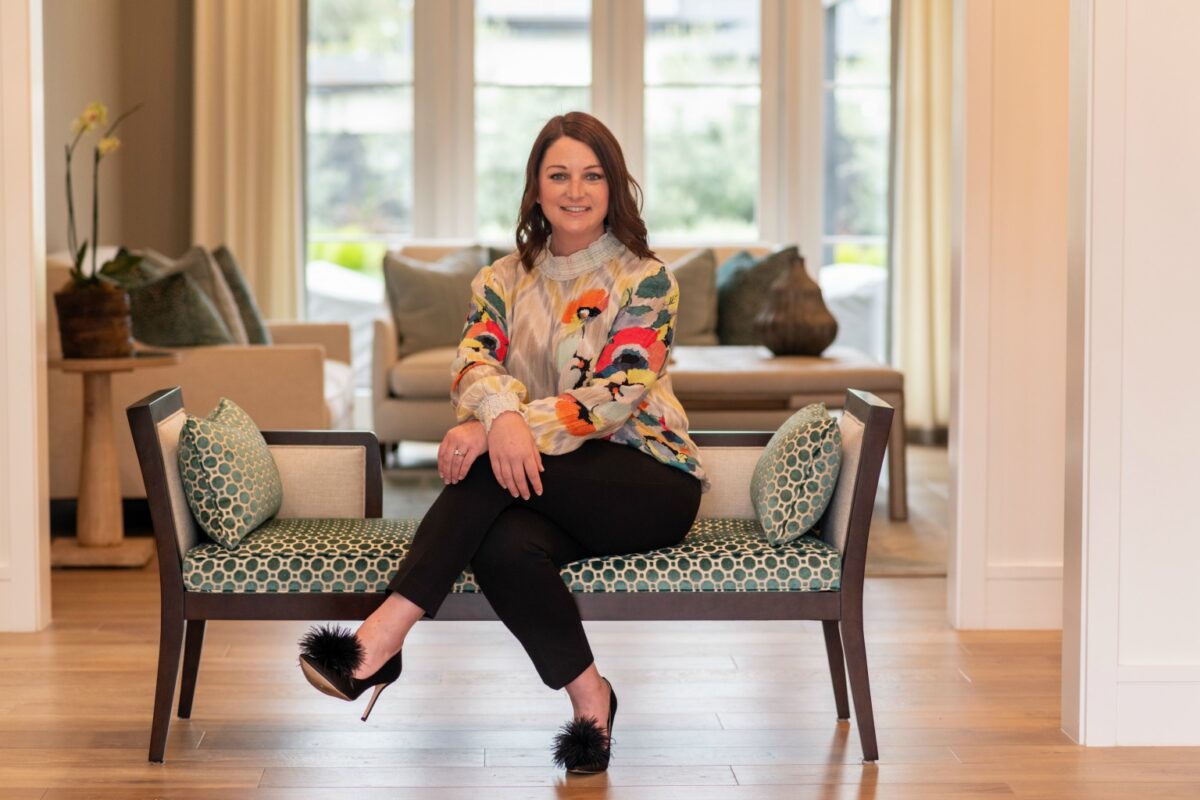 Amanda Kuzak was that kid. You know the one—the friend who inspired that dreaded query from your parents: “Why can’t your room look like hers?” Amanda says she was born with the drive to organize and recognized opportunity from the start. “My older brother and sister would pay me part of their allowance to clean and organize their rooms,” she recalls. “I wanted to be fair so I didn’t take all of their money.”

As the owner of Kuzak’s Closet, a full-service professional organizing company with 12 full-time employees based in Los Altos, Amanda didn’t start out with the goal of being a professional organizer. Growing up in Michigan, she attempted law school before acknowledging that it just wasn’t the right fit. Meanwhile, she started organizing for her friends and then her “friends’ friends,” and in 2004, she began getting paid for her efforts.

Initially, Amanda found herself purging collections of designer handbags and shoes and selling them on eBay. “We had this big linen closet in our condo and I would put all this stuff I was selling in there—from 40 pairs of designer jeans to Christopher Radko ornaments,” she says. “That’s why the business is called Kuzak’s Closet. My friends could come over and say, ‘Oooh, what’s in Kuzak’s closet this week?’”

When Amanda moved to the Peninsula in 2009, she launched Kuzak’s Closet, along with a daily blog with organizing tips, and quickly adapted to the fast-paced local culture: “For our residential organizing services, our clients are busy families—it’s often Mom or Dad saying, ‘I can’t take it anymore.’ At the end of a busy day, they’ve picked up their house, they’ve picked up their kitchen and there’s just too much stuff. That’s when they reach out. We just have an overwhelming amount of access to stuff here.”

Call it a first-world problem, but having too much (or even just the wrong) stuff can take a big toll. For example, if you’ve gained some weight and haven’t cleared out outdated sizes, Amanda calls it “a slap in the face every time you look in your closet.” And when you open your garage door to go into your house and it’s overflowing with clutter? You mentally chastise yourself. “Ugh! I really should deal with that!” is how Amanda describes the reaction. “Looking at it is really fatiguing and you don’t even realize it.” The urge to reduce clutter can strike anytime, but spring cleaning fervor has ratcheted up a notch with what’s being called the “Marie Kondo craze.” Kondo’s book, The Life-Changing Magic of Tidying Up, inspired a cleanout frenzy when it was released in 2014. And with the January launch of her popular Netflix series “Tidying Up with Marie Kondo,” the desire to eliminate excess is soaring to new heights. “Her philosophies are the same philosophies that I’ve operated with for 15 years. Any professional organizer would say the same thing,” Amanda observes. “That’s just our process. You always pull it all out, sort it and then you purge—and then you plan and you put it away. There are so many organizing books that no one reads that are fantastic, so it’s nice to have it taken seriously.”

In addition to organizing, Kuzak’s Closet also offers relocation, estate sales and liquidation services, so Amanda finds herself managing three to four projects on any given day. And while she’ll deploy a team to get the job done, she says applying discipline and focus can get you satisfying results on your own. “You have to be strategic about where you start and then just stick to that zone,” she advises. “If you come across something that belongs in another room, just create a pile of action items. Don’t go to the other room and try to put it away because then you’ll just go down a different rabbit hole.”

While Marie Kondo uses the language of only keeping things that “spark joy,” Amanda frames that same concept in Peninsula real estate terms. “I always tell people the square footage of your home is worth at least $1,400 a foot, depending on where you live. ‘Is that item worth $1,400 dollars a square foot?’” she’ll ask her clients. “People need to understand the value it will provide when it’s gone and that it’s okay to pass things on.”

• Identify the zone you want to work on

• Methodically work through the space clockwise or counterclockwise

• Bag up stuff you don’t want

• Close the deal: process recycling, donations and trash right away