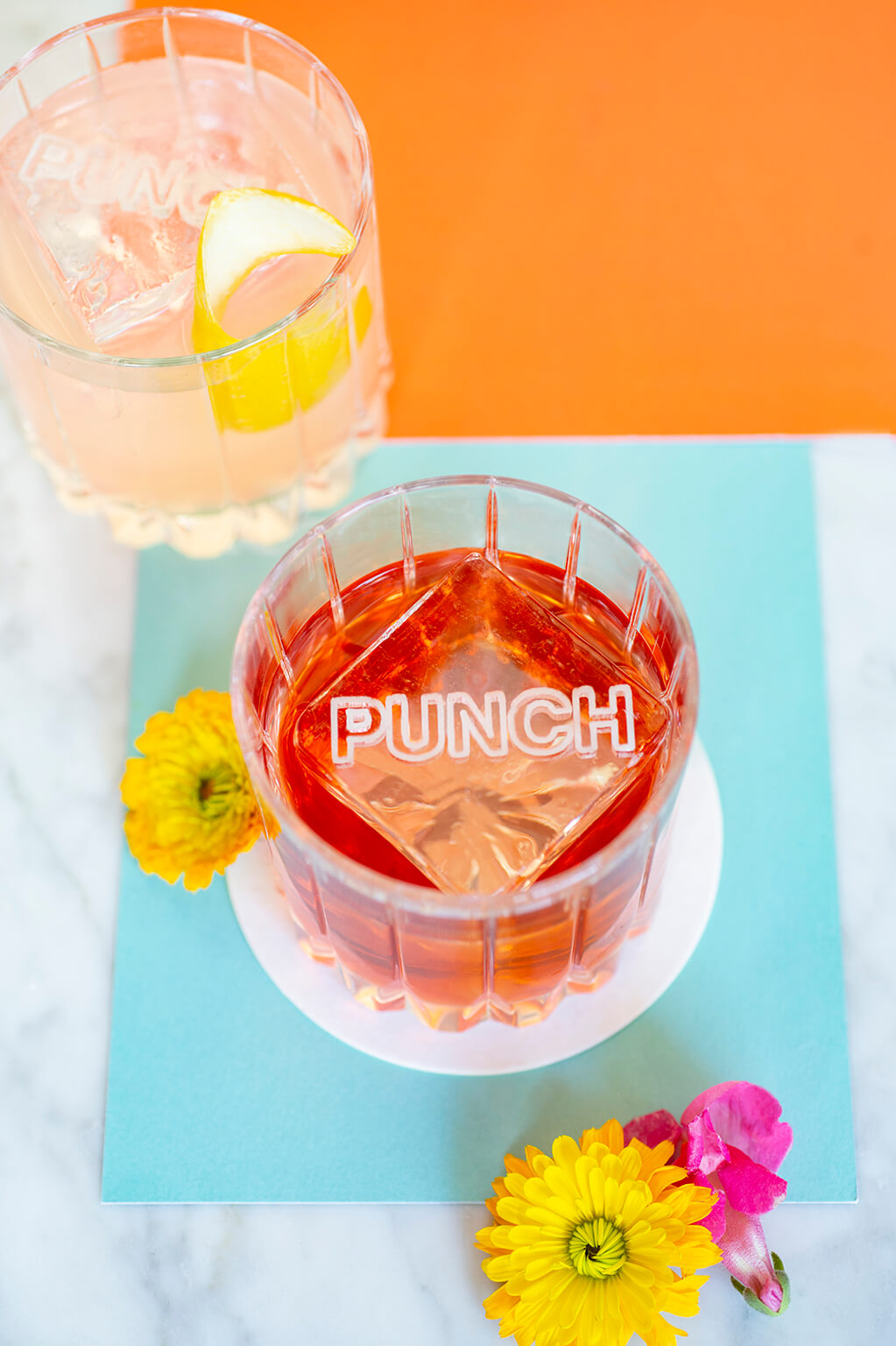 Whenever they’d hit the road for work, Matt and Gretchen Tucker pursued a common quest. “Every city that we visited,” shares Matt, “we’d always seek out two things: the best margarita pizza and the best cocktail that we could find in town.”

Be it London, Tel Aviv or New York, they tallied up memorable (and numerous) discoveries only to become disheartened each time they returned to the Bay Area. “We have good pizza here,” the Palo Alto couple concluded, “but the cocktail scene kind of sucked.”

It didn’t make sense to the pair. They’d watch local bartenders working their craft with high-quality spirits, mixes, glasses and garnishes—followed by a disconnect. “They would make these wonderful cocktails for us and we’d get all excited,” recounts Gretchen, “and then they’d pour them over cloudy blocks of ice.”

As devotees of expertly-crafted mixed drinks, the missing ingredient jumped out clear as day: crystal-clear ice. 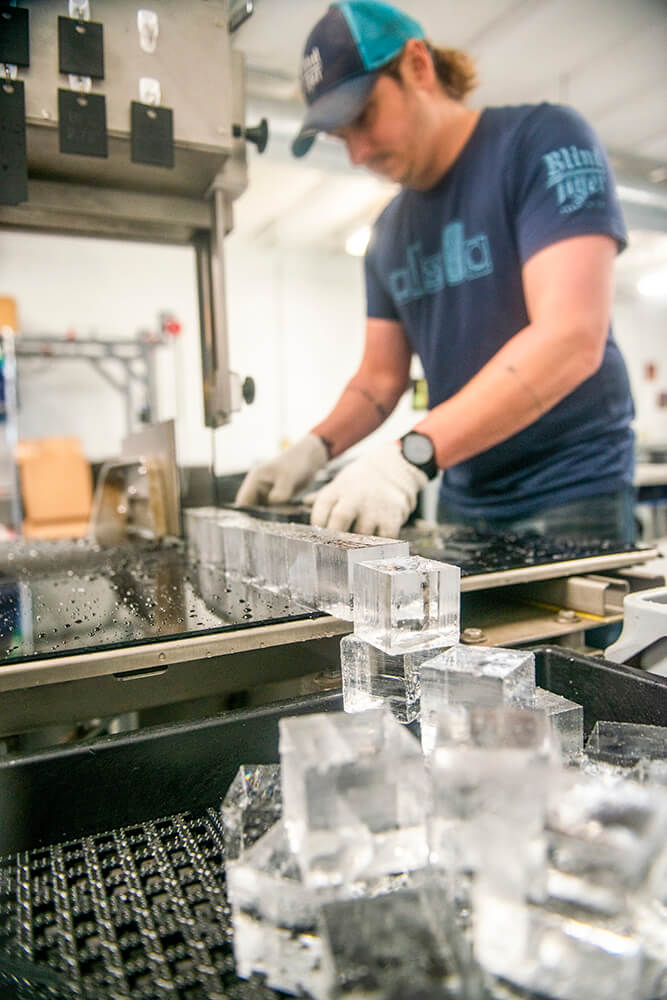 After consistently enjoying stellar cocktails in Portland, the couple made a few inquiries and zeroed in on a common denominator: Chuck Hartz, the founder and mastermind behind PDX Ice. Chuck started out making ice sculptures in 2012 but evolved into cocktail cubes at the behest of bar and restaurant owners. “Chuck’s customers started asking him, ‘Hey, can I just get blocks of ice?’” summarizes Matt. “And he said, ‘I can do that and how about I cut those for you too?’”

A software executive, Matt met Gretchen (who got her BS in bioengineering from Cal) at Palo Alto’s Jive Software. Although frustrated by the cocktail scene in the Bay Area, they didn’t set out to run a cool side business. However, after a diligent search, they found no local vendors offering premium ice service. “It’s a lot of fricking work to make one of these ice cubes, so if somebody had already been doing it, we wouldn’t have started this company,” states Gretchen. “We just really, really like good ice.”

So much so that they partnered with Chuck Hartz to launch Blind Tiger Ice in San Mateo. “In Prohibition days, you might say, ‘Hey, let’s go meet at the blind tiger,’ which meant, ‘Let’s go meet at the speakeasy,’” explains Matt. “So that became the inspiration.”

Founded in 2018, Blind Tiger prides itself on pairing old-school craftsmanship with state-of-the-art technology to create the ultimate cocktail ice. After relying on Chuck’s expertise to get started, Gretchen and Matt ultimately hired former bartenders and “fellow ice spirits” to tackle day-to-day operations. “It is heavy, wet, cold, laborious work,” remarks Gretchen. “You have to love the end product to be stoked to do it every day.” 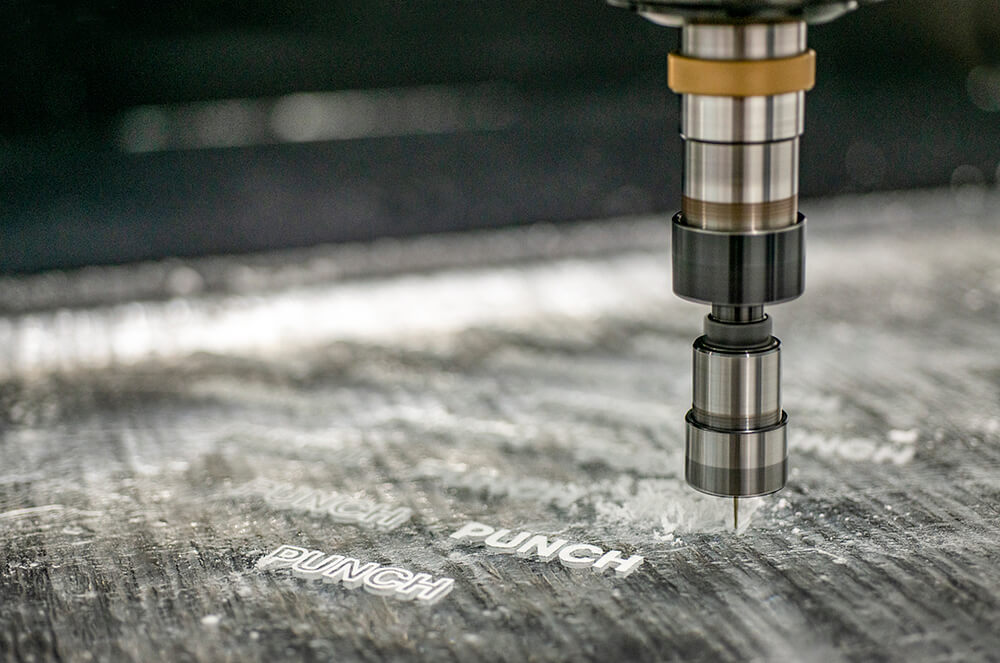 “The clinebells push any impurities up to the top and we just cut off that layer with a chainsaw,” describes Andrew Rosewitz, who, along with Daniel Dobbs and Jack Ocampo, make up Blind Tiger’s “ice nerd” team. “Ice to a bartender is what fire is to a chef; it’s how you ‘cook’ your cocktail,” Andrew notes. “When we cut a cube, it’s a perfectly clear, tasteless product that’s going to melt slowly, contribute cold to the drink and nothing else.”

Each of Blind Tiger’s six clinebells have two tanks, which output two 300-pound blocks every three days. “After we hoist out the big blocks, we have fun with the chainsaws,” chimes in Daniel, just before he revs up for some carving action. “We cut them into more manageable pieces, either for the band saw or a sphere machine or nice slabs for the CNC to put design work on.”

The CNC, or Computer Numeric Controller, gives Blind Tiger the ability to customize cubes. The computer-guided drill bit cuts into the ice using designs created in CAD software–everything from initials and logos to whimsical images with seasonal hooks. Despite the BRRR!-eliciting conditions, the team warms up the space by keeping the mood light. 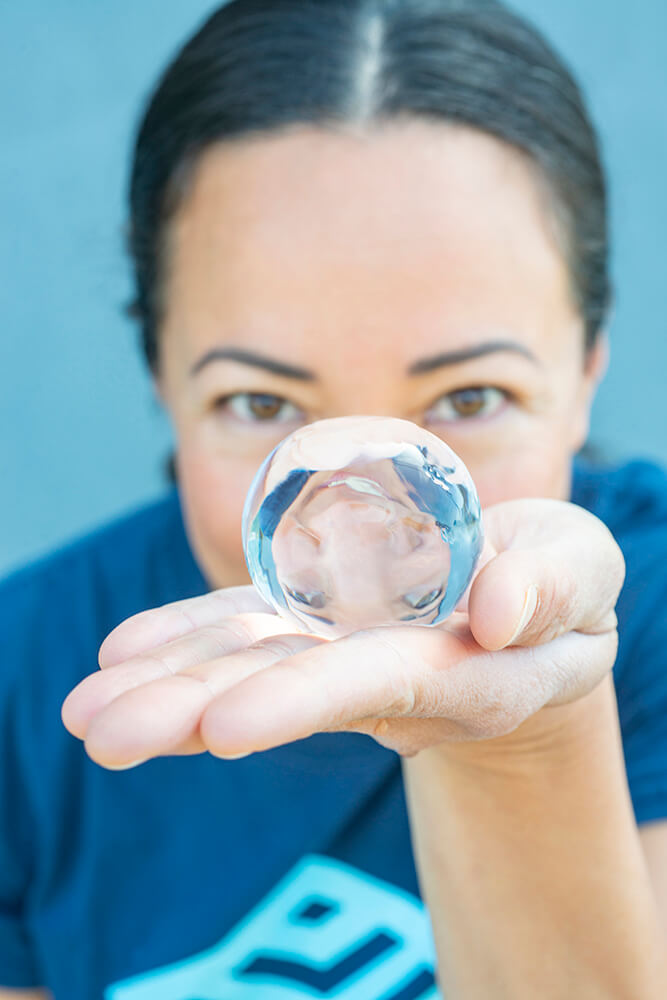 Consider the naming of Blind Tiger’s two walk-in freezers: “Walk-in Phoenix” and “Christopher Walk-in.” And then there’s the sphere-making machine dubbed “Ballsy.” If two-inch cubes are on the day’s order… “We’ll say we need 100 BFC’s,” shares Gretchen, “as in Big F***king Cube.”
In 2020, Blind Tiger Ice pivoted to include residential delivery, but Gretchen and Matt are toasting the return of Bay Area events and a vibrant bar and restaurant scene. “There is a resurgence of artisanal care around cocktails,” observes Matt, “and the ice is a key part of that.”

With a goal of making elevated ice easy, Blind Tiger provides crystal-clear cubes, spheres (the slowest-melting), Collins spears and custom cuts, along with specialty logo cubes and ice sculptures. Delivering to all parts of the Bay, the ice studio counts Ettan, 54 Mint, Fogbird Lounge, Cavallo Point and Hog Island Oyster Co. among its dozens of customers.

Simultaneously “growing two small humans” in tandem with their businesses, the cocktail-loving duo still make time for an evening libation—a Perfect Old-Fashioned for Gretchen and a Vieux Carré for Matt, each poured over a BFC. “The amount of effort and love that’s been put into every single cube of frozen water is remarkable,” reflects Gretchen. “We like to think that it improves every single cocktail that it’s in.” Cheers to that.