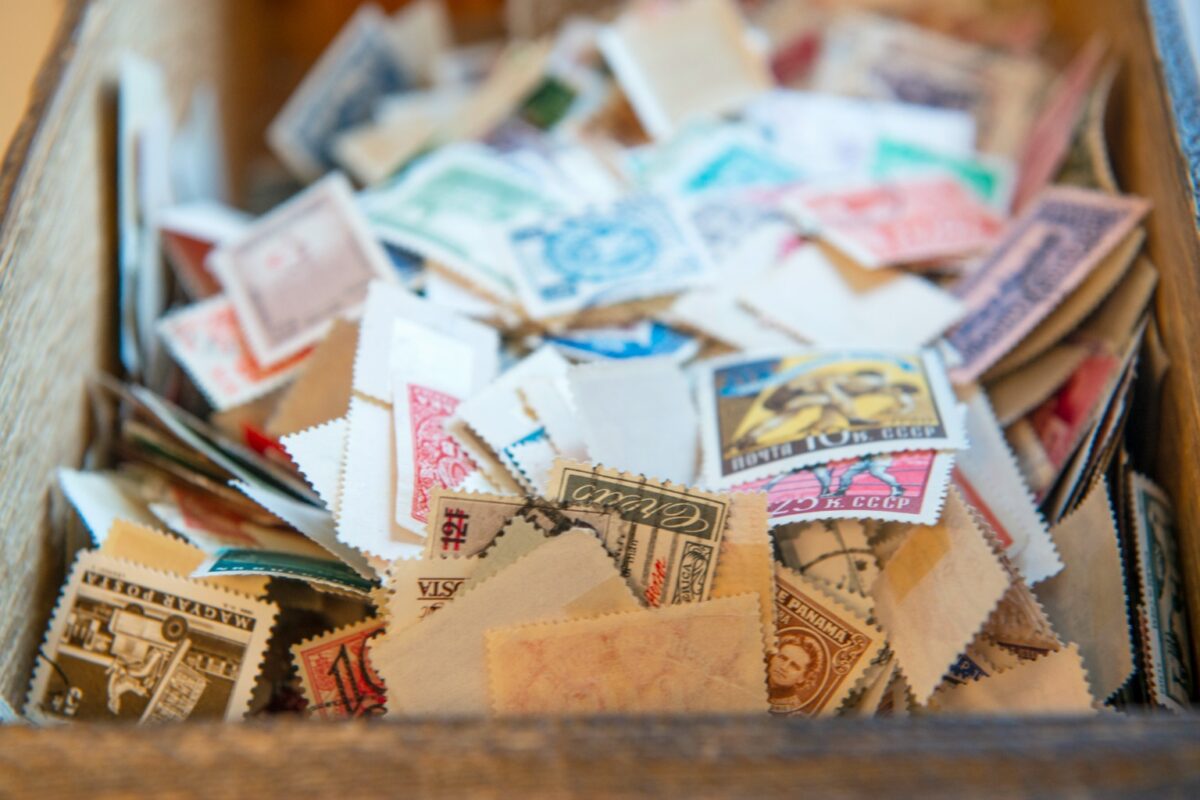 “Collectors are born,” Paul Schroeter says. “You can’t make somebody into a collector.”

Known as “Rudy” to the scores of collectors who scour his store, Treasure Island Stamps & Coins in Palo Alto, Rudy is eminently qualified to offer this characterization. He’s stood behind this counter for over 50 years and watched firsthand how the hobby of collecting has evolved from its height in the late ‘70s to its current status as a time-honored pursuit in the midst of exchange from one generation to the next.

On the Peninsula, collecting maintains a dedicated following due to clubs, a philatelic (stamp collecting) library in Redwood City and yearly stamp shows that encourage this subculture of autodidacts and casual history buffs to come together under the shared banner of stuff.

“We’re kind of organized hoarders. Collectors are people who have a little bit of obsessiveness with a tremendous search for knowledge who can spend hours looking through minutia,” says Jim Southward, president of the Sequoia Stamp Club in Redwood City. “It’s a good way to learn geography and history. Some stamps come from countries where they changed the dye and used different paper and you might spend five minutes looking at a single stamp to determine which of the 15 possibilities it can be.”

Alan Azem, who runs Abro Stamps in San Carlos alongside his father, Abby, says the joy in collecting lies in the quest, not in the financial payoff. After all, there are only 100 Inverted Jenny stamps, considered to be one of the most prized and profitable stamps, in existence.

“I always tell people, do not get into this hobby with hopes of making money. But you’re constantly out there looking; it’s the joy of going out there for the hunt,” Alan says. “It’s not baseball cards, where if you have something from the ‘50s it could be worth something. Stamps, just because they’re old, doesn’t mean they will be worth something.”

Stamp and coin collecting offer a nuanced appreciation for defining value. Like how a 1937 three-legged buffalo nickel could be sold for $25,000 or when a canceled stamp, as in those postal markings applied on a stamp that prevent re-use, becomes a sought-after jewel for a collector focused on a specific region or era. For some local collectors, a jackpot might mean finding a stamp that was cancelled by a bygone Palo Alto post office from the ‘30s. Value transcends time and the hours spent searching, collecting and sharing with peers becomes the new worth. “The excitement is in the acquisition and the actual time spent acquiring the item,” Rudy says. “You might not look at the coin for years but when you first get it there’s a thrill that goes through you that you just can’t describe.”

Rudy’s store is a hub for collectors who’ll sit on one of his threadbare stools to dig into layers of stamps for hours on end in shared company. “Sometimes I feel like a bartender,” Rudy says, but instead of a neon sign listing libations, he has a framed replica of the Inverted Jenny adorning his wall.

Treasure Island is a trove of both stamps and historic and contemporary coins. In fitting tribute to the shop’s name, a treasure chest sits on the carpet, loaded with used stamps that have been detached from their parcels, ready for closer examination. While they could be mistaken for a pile of confetti, these once-sticky tiny flecks offer geography lessons from all over the world. Stamps from Argentina, Canada and Japan poke out from the top of the pile, showcasing often illustrious designs from bygone eras.

Secured in plastic and concealed inside a glass case are hundreds of coins spanning centuries. There’s a British commemorative coin for Queen Elizabeth II from as recent as 2006 or, displayed in a red velvet jewelry box, are coins dating back to Ancient Greece—including a rugged silver coin called a stater from Pamphylia that features two wrestlers mid-bout.

Sometimes Rudy will trade coin for coin, making him one of the few people living in this millennium who still deals in stater currency.

A sign that reads “Bless this Mess” in colorful Old English lettering hangs on the wall above cluttered collections of stamp packages and Rudy can instantly navigate through his seemingly haphazard treasures. His phone rings a couple of times an hour, including one from a caller on the prowl for silver. Rudy disappears into the back room and returns with small tubs of dimes and quarters to drop into his vintage Downey-Johnson coin counter. “10,000 dimes can take a while to count,” he says as the machine makes sense of this loose change.

When Rudy first started collecting stamps, the postage rate was three cents. He watched it rise to four cents in the ‘60s and now it’s 55 cents for a first-class letter. “But this is still one of the best bargains,” he notes.“This is a large country and you can mail a letter from Florida to Alaska for only 55 cents.” Rudy purchased Treasure Island in 1968 when stamp and coin collecting were still popular hobbies arising out of the Great Depression as inexpensive ways to pass the time. He watched collecting reach its peak between 1976 to 1980 when the hobby was pitched as an investing alternative.

“Then prices flattened out,” he says. “People found out that buying a set of Graf Zeppelin stamps turns out not to be a very good deal because there aren’t that many people who want to buy them. The serious collectors already have them. The spreads were too high between buying and selling. It really has not recovered from that downturn in the ‘80s and has been slowly eroding as far as interest and the number of collectors.”

Although the shine has worn off from its heyday, collecting still thrives at the Sequoia Stamp Club. Jim says about 30 members show up for their bi-monthly meetings where members of all stripes—from lawyers and construction workers to county clerks—share and discuss their collections.

The club hosts a popular stamp show every December called PENPEX that draws a crowd from throughout the Bay Area. To engage with the next generation, the club funds two yearly scholarships for student collectors at Sequoia High School (a recent recipient was a rock collector) and they’ve donated over 100,000 stamps to youth groups.

From 1999 through 2008, the United States Mint issued custom designs for each of the 50 U.S. states, sparking a fresh buzz of excitement for the hobby. A new series is currently underway commemorating National Parks, and Rudy hopes it will trigger another surge in interest.

“That was one of the best things the government ever did,” Rudy says. “It exposed a whole new generation, both adults and kids, to the fact that, ‘Gee, there are interesting coins in circulation.’”