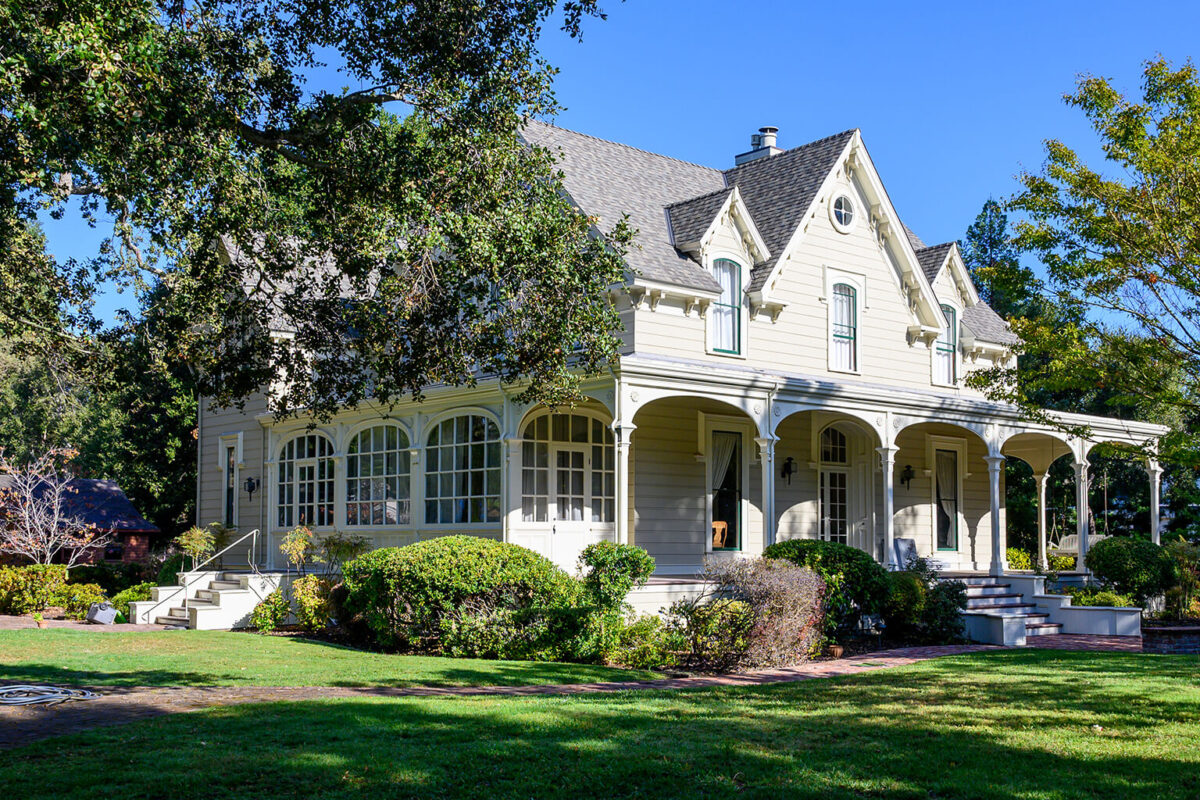 Have you heard tell of the wandering Commodore Watkins House? This Atherton two-story Gothic Revival home with peaked gables and ox-eye windows has reportedly traveled oceans—along with several city blocks. Our story starts with Commodore James Thomas Watkins, captain of the Pacific Mail Steamship Company. After purchasing Atherton acreage, Watkins fittingly hired ship carpenters to construct his Peninsula family home in 1866. But it wasn’t built completely on-site. One popular theory (though not officially confirmed due to the passage of time) states that parts of the home were constructed in Connecticut before being dismantled and shipped around Cape Horn. It came to roost at Fair Oaks, a property known for its majestic trees. The home’s next owner, a shipper by the name of John J. Moore, moved the house five blocks to Isabella Avenue. Several owners followed, along with renovations that maintained many of the home’s original 19th-century features. 1998 brought new owners and a new location: Alejandra Avenue. For that last half-mile journey, the 3,600-square-foot house was cut in two by Kelly Brothers House Movers and ferried down the street. Trucks from PG&E, Cable Co-op and Davey Tree Trimming prepared the route—and even the home’s neighbor, former San Francisco 49er Jerry Rice, saw the house off on its new adventure. Still maintained as a private residence today, the Commodore Watkins House is the oldest surviving home in Atherton. Listed on the National Register of Historic Places, it has more than earned a respectful nod from anyone passing by.