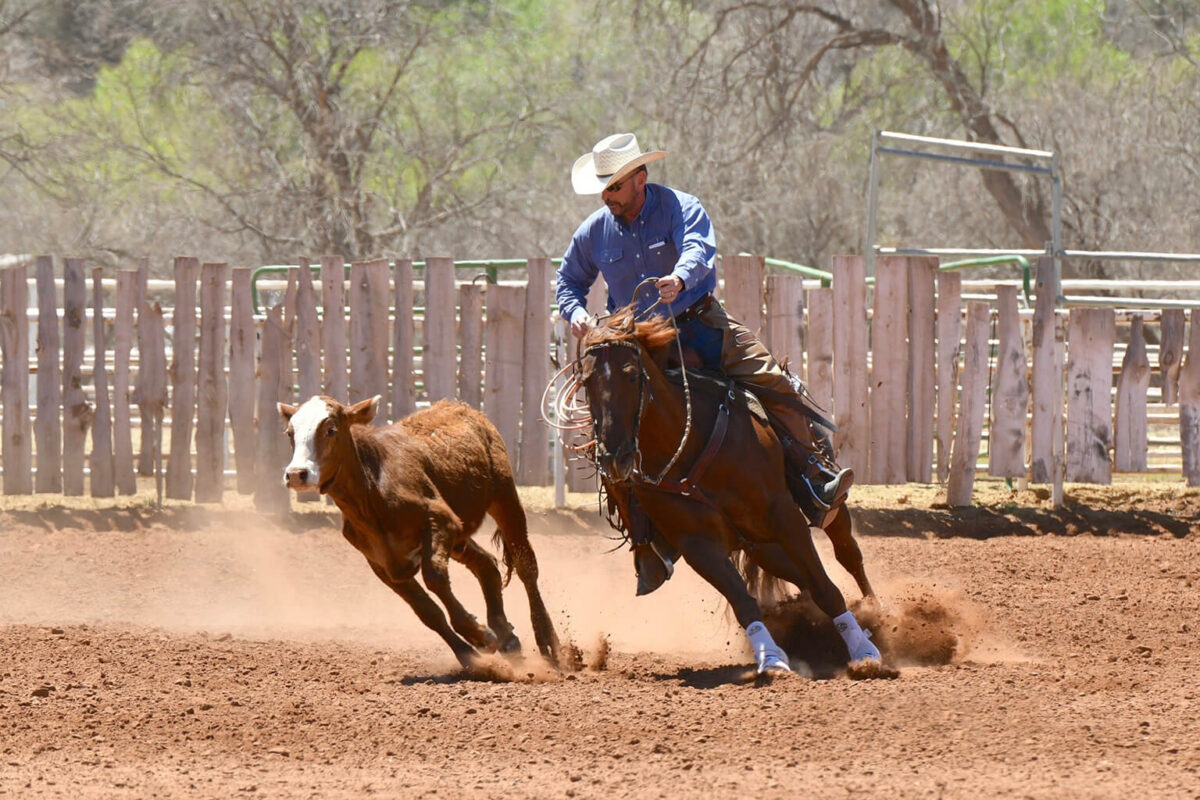 When is a lawyer at home on the range? This isn’t the setup of a joke. It’s a day in the life of Paul Barulich.

As founder and trial lawyer of Burlingame’s Barulich Dugoni & Suttmann Law Group, ranch owner and competitive horse rider, Paul straddles both worlds. “It makes me a better lawyer. It makes me a better person,” Paul says of his time spent owning a cattle herd with partner Tyler Nielson and riding in American Quarter Horse competitions.

The San Mateo resident joined the equestrian world at 54, not long after making his son’s last college tuition payment. Soon after, he started noticing crossovers—and not merely from the cowboy hat he started donning at the firm or the M.L. Leddy’s western-cut suits he began ordering from Fort Worth, Texas. Paul discovered that lessons learned outdoors also applied to office life. “I think I grew up when I started my training in my fifties,” he reflects. “When I got started, I had to reassess how I act, how I hold myself, how I judge, how I receive.”

There’s certainly something enthralling about the cowboy lifestyle. Paul and his fellow ranch hands nearly stop traffic every time they gather their herd (on horseback) along a patch of land flanking the interstate. “They’re going 20 miles an hour,” Paul says of the gawking drivers. But ranching isn’t for every diehard fan of Bonanza and Yellowstone. “It’s a tough business to be in,” he notes. “Some of the smartest people I’ve ever met are ranchers. They have a high degree of common sense—and they have to be smart because the margins are so tight.” 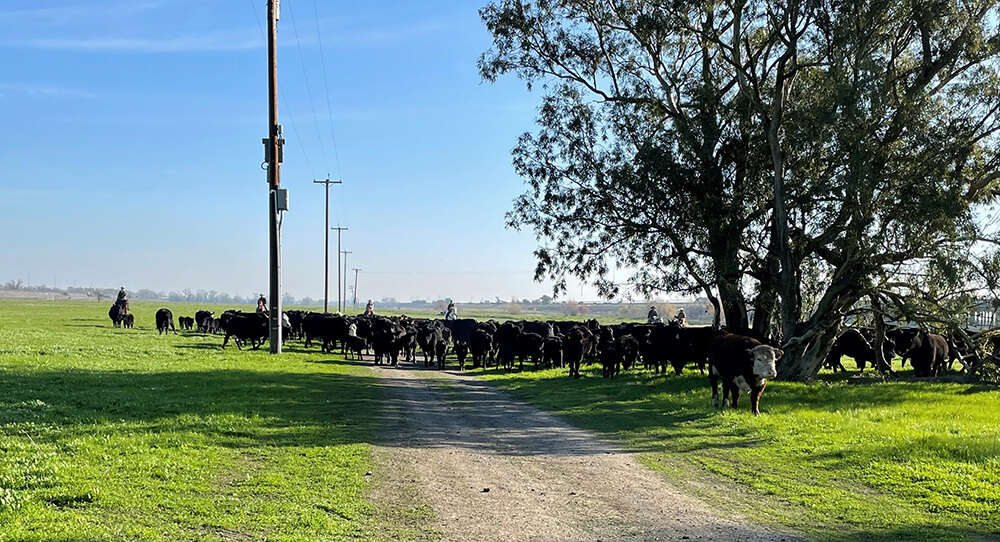 Paul learned to ride at a childhood summer camp perched atop a gentle chestnut by the name of Big Red. (“My first love!” he says.) In those early years, he reverently watched wild west cowboys on TV and attended the occasional rodeo.

How did Paul migrate away from his desk and onto a horse? Paul met cow horse trainer Kathy Torres and rancher Danny Torres, who agreed to give him, as he calls it, “cowboy 101 lessons.” “They were gracious enough to let the cowboy wannabe into their world,” he recounts. “I said, ‘Give me a shovel. I’ll shovel dirt. I’ll do anything.’” They took him up on the offer.

Paul reminisces about the time he spent most of a sweltering 90-degree day digging a trench from the well pipe to the catch basin so the cows could drink. A far stretch from the air-conditioned law office to which he was accustomed, but a great chance to grow. “They didn’t ask me, ‘How’d it go? You doing okay?’ You’re asked exactly one question: ‘Did you get it done?’” After all, he points out, three-quarters of a trench still means dead cows.

It’s a lesson he shares with new associates at the firm. “These clients whom we’re privileged to serve don’t really care that it took you 4 hours or 40 hours. They want to know one thing: Did you get the job done?”
As Paul acclimated to this new sphere, he learned that establishing trust was paramount.

When Kathy Torres became Paul’s trainer, he learned to rely on her judgment. “You listen to your trainer,” he emphasizes. “In mere moments, Kathy can determine a horse’s suitability as a cow, ranch or trail horse, and judge its attitude. It’s like watching an artist at work.” He jokes, “I see four legs and a tail,” then adds (somewhat sheepishly), “I bought a horse once without Kathy and I almost got fileted by her!” In fact, under Kathy’s guidance, Paul connected with a handsome sorrel named Peps Command (PC). Paul teamed with the champion horse to place in a number of American Quarter Horse Association (AQHA) competitions. 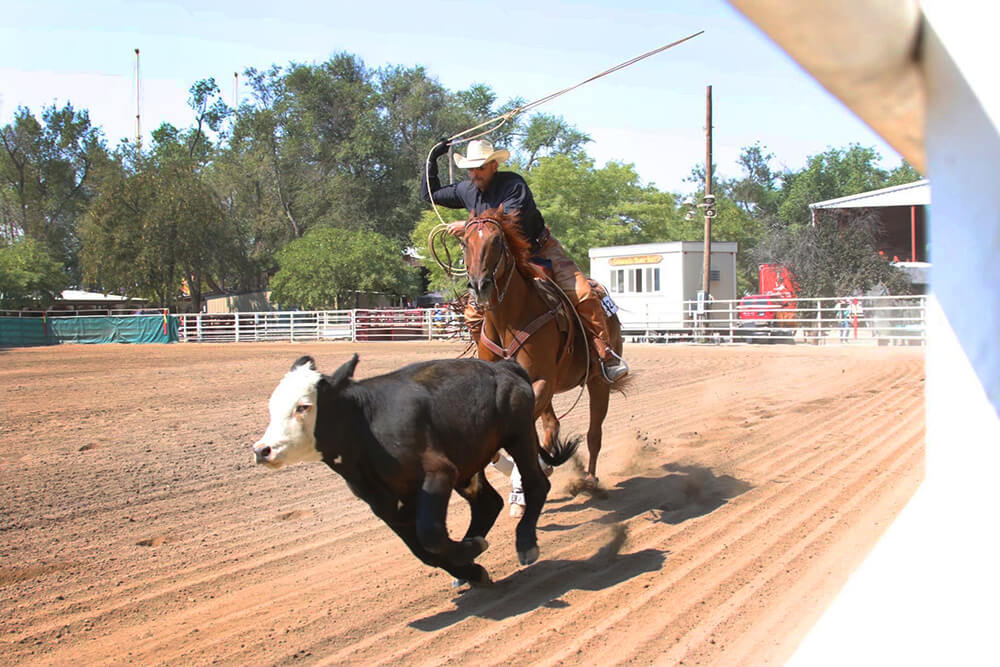 Paul also needed to build rapport with the ranch hands he worked alongside. Cowboys are astute judges of character—if they are observant enough to discern the distinct markings of each calf in an all-black Angus herd, certainly they can spot a phony. “They can tell if you’re the real deal within 30 seconds just by the way you throw your leg over a horse, just by the way you handle your horse,” Paul asserts. He’s also found that they value actions much more than words. “The worst thing you could do is start talking about yourself,” he chuckles. “They can talk about you. You can’t talk about yourself.” He adds, “A lot of people in the horse world, they do things you’ll never hear about.” It’s an attitude he tries to carry everywhere.

How does one clear this hurdle? “There is no substitute for time in saddle,” Paul counsels. It’s consistent actions and routine training. It’s maintaining a sense of calm and confidence so as not to spook your steed. It’s even giving the horse time to learn your physical cues. “I don’t have to rein a horse one way or the other. I can just look and the horse will go that way,” he continues. “A good horseman listens to the horse.”

That tight-knit bond is crucial for competition. “You’ve got to be in sync with another animal,” Paul explains. With a parent’s pride, he describes the rigorous way his horse must work a cow during competition—anticipating its moves, cutting it off with cat-like agility, turning it on a dime, overtaking it in a dramatic shower of flying dirt. “I’d be embarrassed to tell you how many times I’ve kissed and hugged my horse,” he laughs.

Paul has lived this dual lifestyle for over a decade now. He’s owned 10 horses, joined the San Mateo County Horseman’s Association, Los Rancheros Visitadores and San Mateo County Mounted Patrol, gone from ranch hand to ranch owner and served as a board member for National Center for Equine Facilitated Therapy (NCEFT). He’s also been a finalist at the AQHA Championship Show multiple years running. Despite this extensive list of accomplishments, Paul is hesitant to talk about them. After all, it’s not the cowboy way. “It’s less about me,” he concedes, “and more about the country way of living and appreciation for people of that culture, appreciation for horses.” 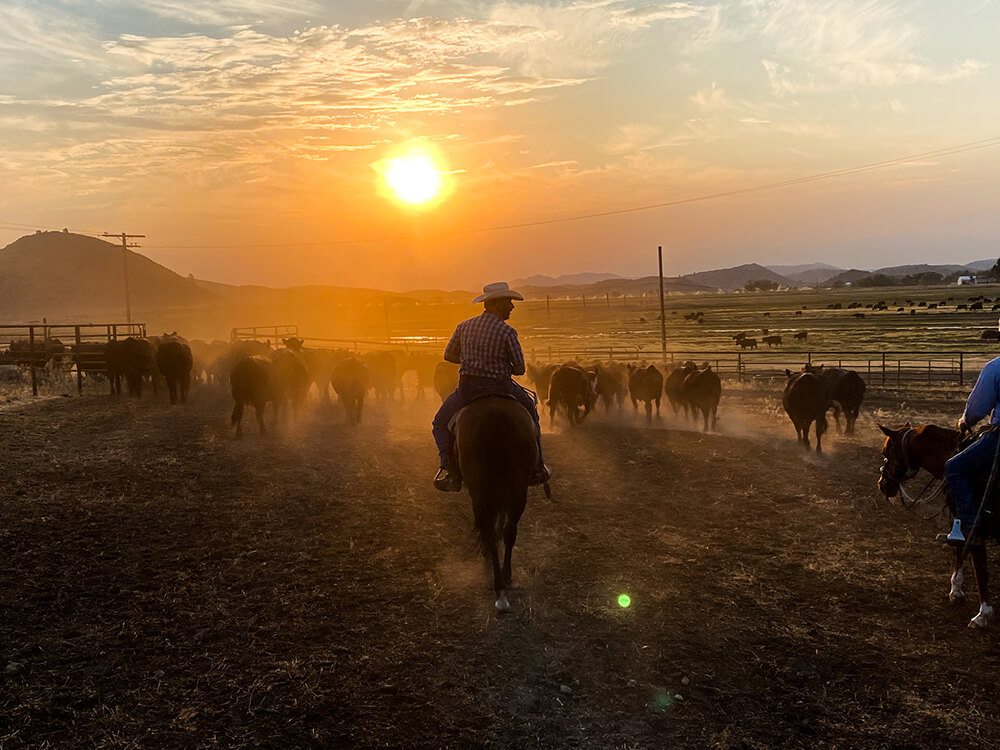 Paul’s trusty PC has retired to NCEFT where he supports those with physical and cognitive disabilities. Sometimes Paul gets updates about his faithful equine friend and the comfort he brings to others, including a breast cancer support group. “PC knows that they’re hurting,” Paul observes. “He’ll put his head right into their chest—and they’ll just start crying.”

After 30+ years as managing partner at his law group, Paul retires this year too—though he’ll keep plenty busy continuing on as counsel at the firm as well as serving as CEO of Peninsula Bay Trust Company.

In fact, Paul is applying one more ranch-learned lesson here. He sees his retirement as an opportunity to give the next generation of attorneys the space they need for hands-on progress—the same approach his friends on the ranch used with him. “I can watch my trainer and see what she does—but you’ve got to sit in the seat,” Paul says. “It’s time to let the younger folks manage. It’s time for them to throw their legs over and sit in the saddle themselves.”