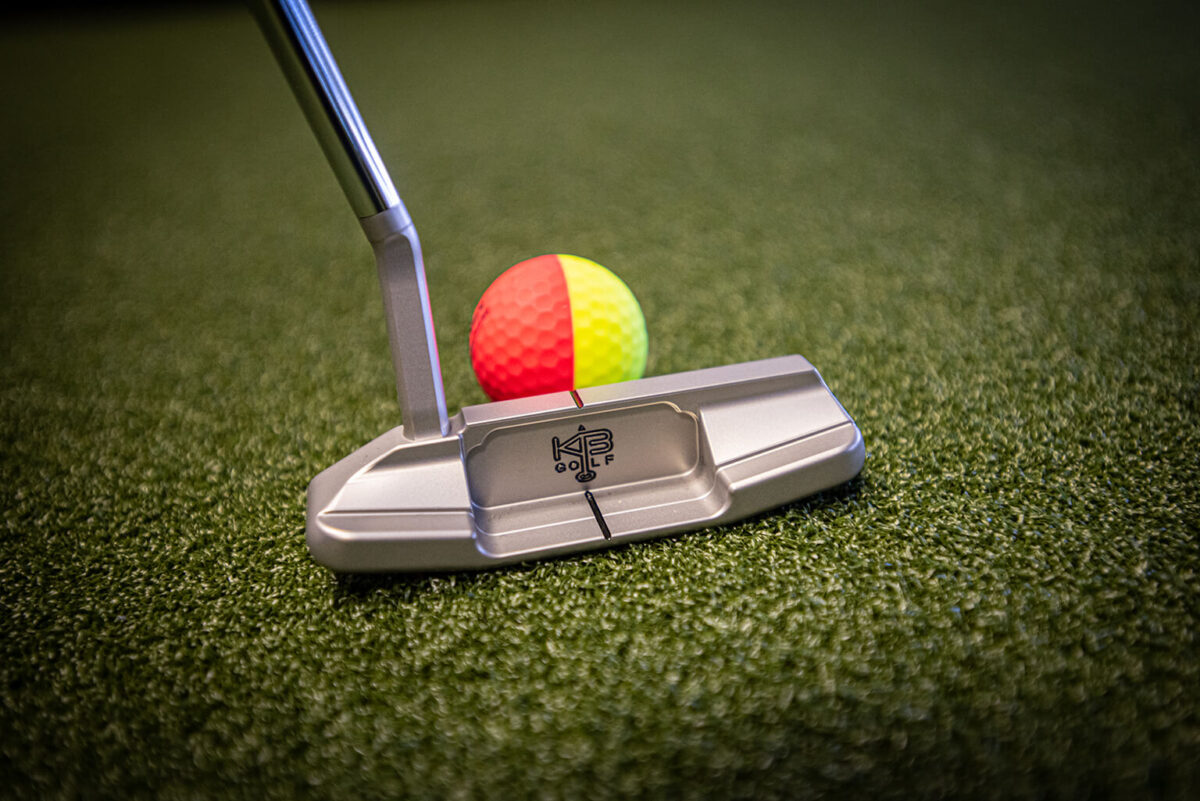 This entrepreneurial story begins in a small one-car garage in Mountain View in 1989, but it’s not your typical Silicon Valley tale. In this case, the man who successfully turned his hobby into an international business is still in control and enjoying the creative process decades later. That’s because he is the company: Kevin Burns Golf.

Kevin’s signature products are custom-milled putters, measured and designed to meet the specific wants and needs of individual golfers, whether they be pros on tour (50 winners at last count) or occasional players.

He buys the shaft and grips but makes every other part of the putter himself, using a biometric fitting process he patented and an enormous computer numerical control machine he operates at his office complex. Emphasizing quality over quantity, Kevin crafts thousands of putters every year for clients all over the world. 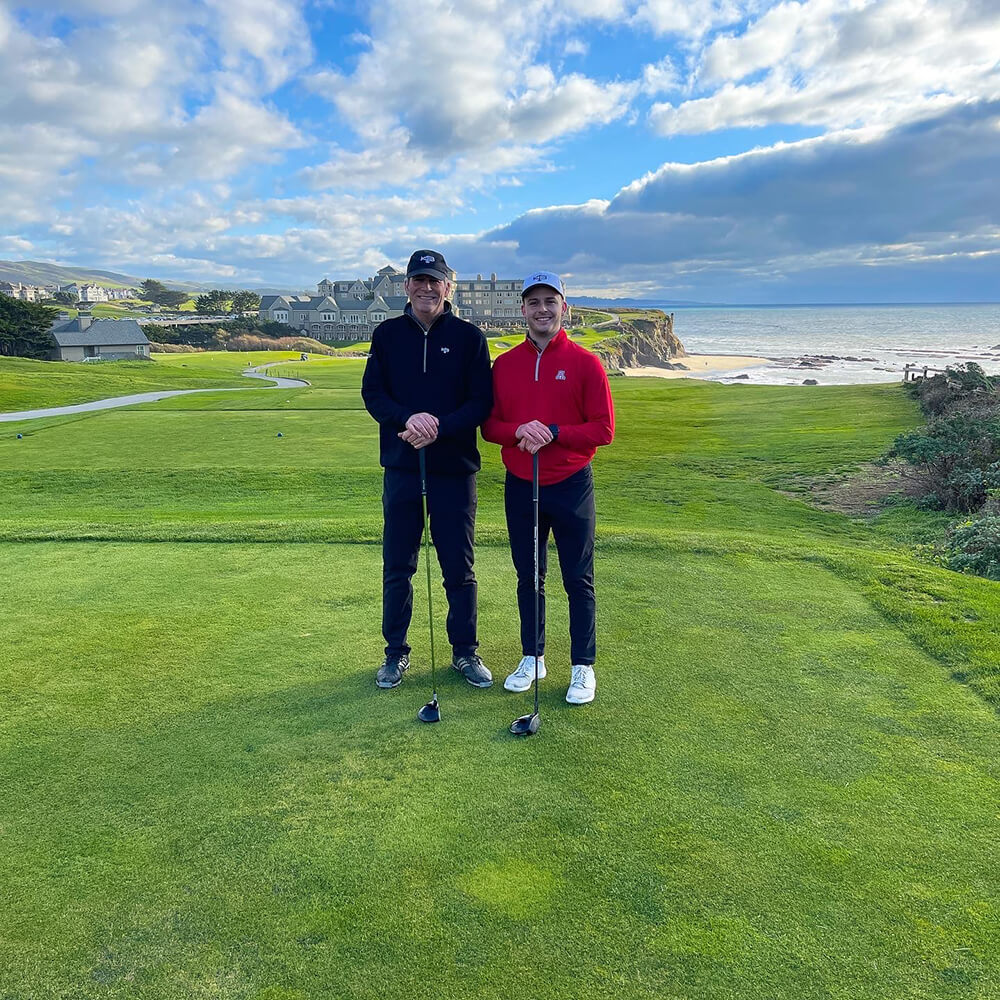 Growing up in Los Altos Hills, Kevin enjoyed playing tennis until he picked up golf at age 17, right around when he switched from St. Francis to Gunn High School. After majoring in business at Chico State, he went to work for his father’s insurance agency, Scurry-Burns & Co. Kevin describes his dad “as a craftsman who taught me a lot about woodworking.”

Sitting behind an office desk grew tiresome, so when the owner of Visual Golf in Palo Alto asked Kevin to help with repairing clubs, Kevin said yes and left insurance behind. And that’s when “my mother cried,” he recalls about announcing his life-changing career pivot. In 1989, he founded Kevin Burns Golf as a club repair company in the little garage at 811 Hope Street in Mountain View, while working on the side at the Palo Alto Municipal Golf Course (now Baylands.)

In 1991, frustrated by the quality and craftsmanship that he was seeing, Kevin started to focus on designing and manufacturing a better putter. Two years later, the money he and his wife saved to buy a house went towards purchasing his first mill. “I didn’t even know how to turn it on,” he recounts. “I hired a machinist to work with us for three years and he taught me everything, and now I do everything.” 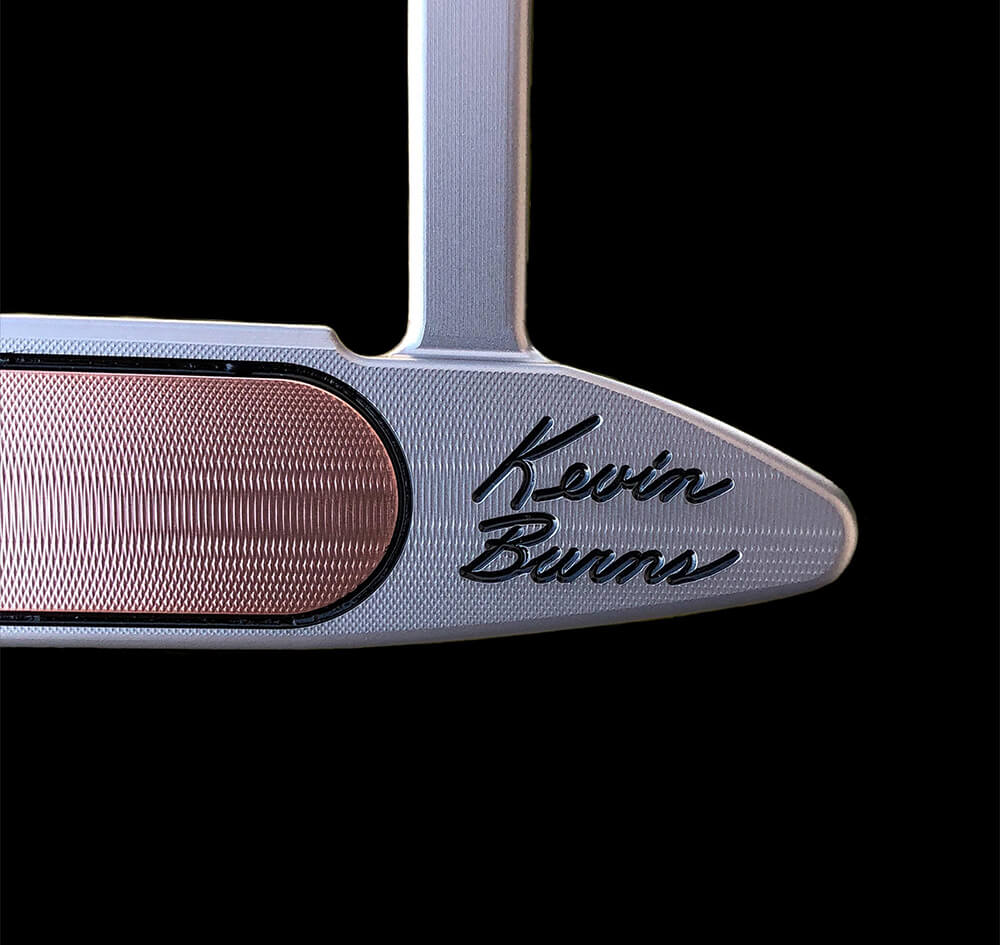 Kevin’s big breakthrough came in 1996. As the first to insert copper into the stainless-steel putter heads, he made a name for himself at the Nissan Open in Los Angeles. PGA touring pro Craig Stadler got distracted talking to his college buddies and misplaced his putter during the tournament. He asked his caddy to fetch the one Kevin had showed off earlier. Millions of television viewers watched when Stadler used a Kevin Burns putter to sink the final shot and win.

In 1999, Kevin was the first to use tungsten to weight putters, and that same year, José Maria Olazábal won the Masters in Augusta using a Kevin Burns putter. In the early 2000s, Kevin partnered with Bridgestone Golf Japan, and then peeled off to develop the custom-fitting side of the business. 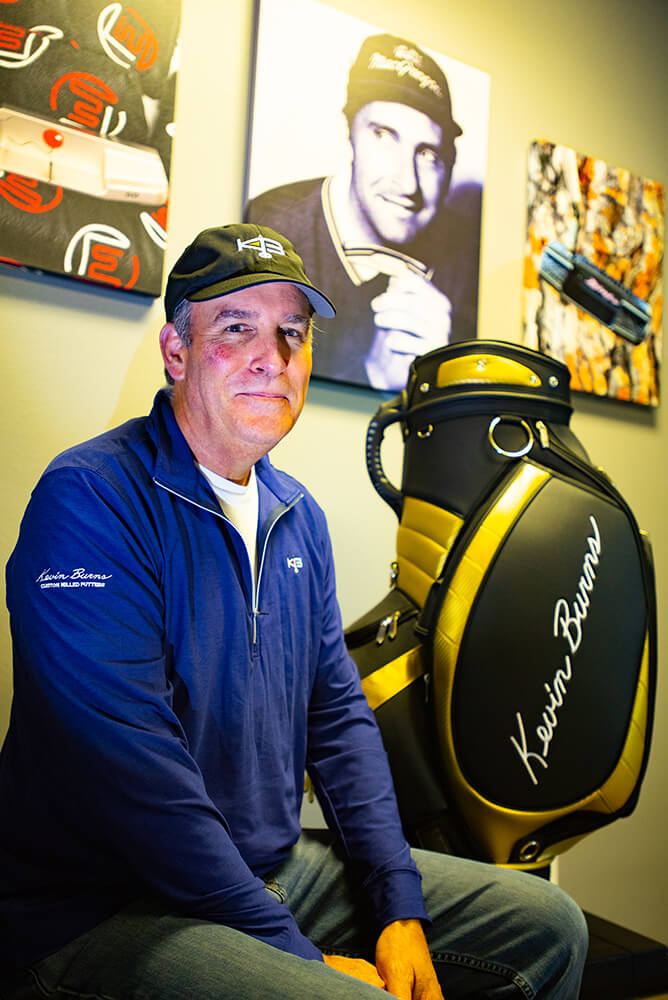 “It was a lot harder than I anticipated,” he reflects. “It took me 10 years to get it up and running.” Now Kevin Burns Golf is keeping him busier than ever. “During COVID, we were slammed; it’s been really good for golf,” Kevin notes. “And the word is out that I make really nice stuff.” Kevin was so busy handling orders that he had to stop taking new ones last fall so he could catch up. And like many, he has run into supply chain issues. Luckily, he stockpiled a shipment of 456 pounds of stainless steel a while back.

Kevin designed a machine with a biometric arm that reads a player’s putting posture, position of the head, eyes and spine and weight distribution to calculate the golfer’s set-up and style. Measurements in length, lie, loft and weight are all factored in when each putter is made. His putters range from $700 to $4,000 apiece.

Following the Mountain View garage, Kevin set up shop in Sunnyvale, and then in San Jose for 10 years. He moved the business to San Carlos closer to his home, and then to Santa Clara for a stretch. He established his current retail and workshop space in Hayward in 2020. That’s where Kevin does custom fittings, as well as at some mobile demo days at local courses such as San Francisco’s California Golf Club or on Zoom where he relies on his practiced eye rather than the fitting machine.

Up next for Kevin: setting up authorized fitting studios in Japan, Indonesia and Thailand. He’ll send the components to those locations and his five models of putters with different finishes will be assembled overseas instead of him having to do it all in Hayward.

Kevin’s son, Brendan, played hockey in Canada before college and is now a student at the University of Arizona. He’s already contributing to Kevin Burns Golf as chief operating officer, but Kevin remains the lynchpin to the successful family business. “I’m the designer and manufacturer. I’m 59 and I want to be out by 62, but…” he concedes with a smile, “nobody can do it better than me.” 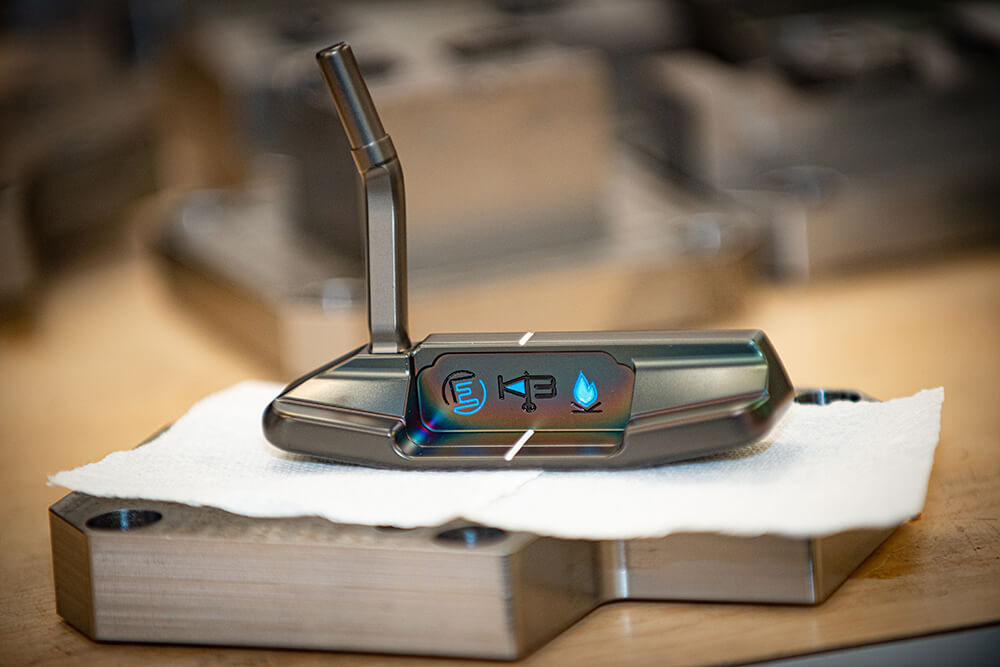 Kevin recently upgraded his software and foresees adding more people, machines and robotics to ramp up production and speed up his current turnaround time of about a month. There is always one distraction, though. As the weather improves, he feels the pull to get out and play more golf, to see if he can reclaim his former handicap of five.