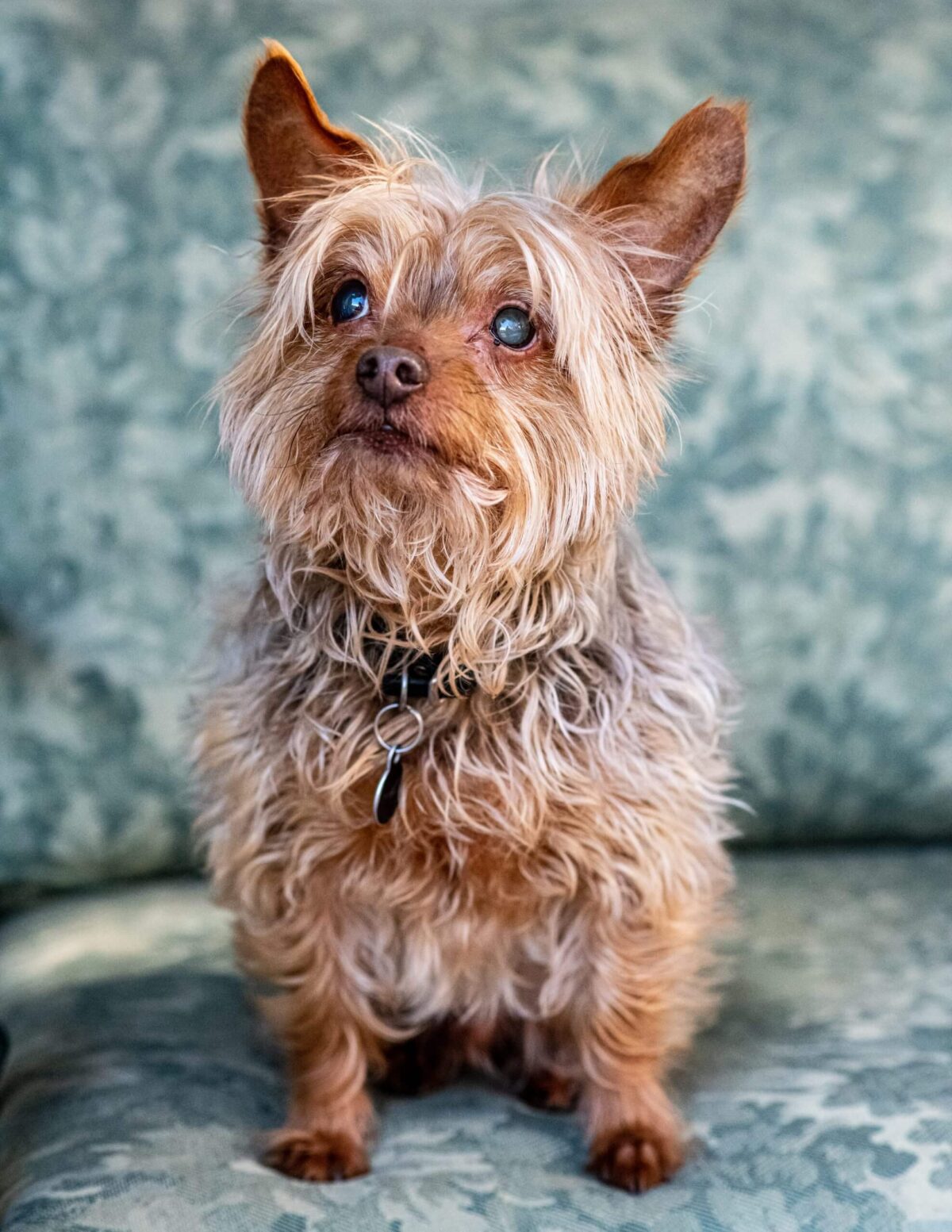 While I am officially a Yorkshire Terrier, I’m not the fanciest sort since I don’t have a long, silky coat or the most distinctive of colors. But my family chose me anyway because I was the quiet one in the litter. I was initially brought home for the two girls in our family, Arielle and Talia. They were teenagers at the time and ever so excited to get a puppy. They loved me and played with me, but before long, they were off to college. I had more time on my hands, so it made sense to get a job. Sloane, the dad in my family, started taking me into the office. And back at home, I still had Coby, the youngest son, to give me lots of attention. But then Coby went away to school. Before I could get too lonely, the oldest son, Josh, moved back from college into a small home in Palo Alto and he wanted a turn with me. I still put in my office time with Sloane but every night I’d return to Josh’s house. Then, a few years later, Josh moved away. (It’s not just me, right? You’re seeing the pattern here too?) I moved back in with Sloane, and as you might imagine, we became pretty tight since we both missed having the kids around. I’m getting a bit old now, 14 or so, and I retired from the office and spend most of my time sleeping. But here’s the crazy thing! Suddenly, there are kids around again. I hear them being called “grandkids,” and they’re always coming to visit. Best of all, they’re fun to play with because they’re small like me.