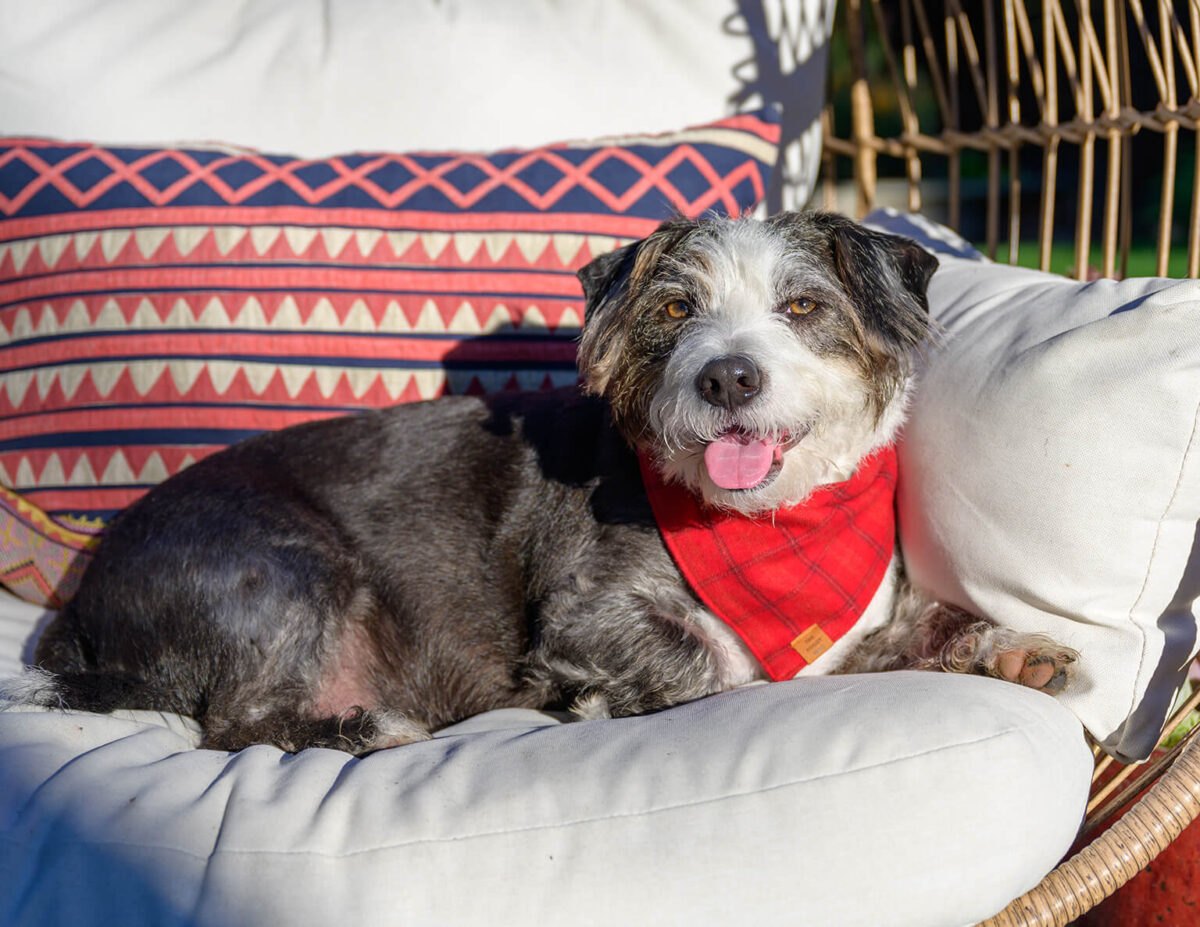 Y es, I’m just that content. In fact, if you look up the definition of contentment, you’ll find my name: Dre. Okay, I’m kidding, but it’s only because the dictionary writers haven’t met me yet. If they had, they’d also include my name under the definition of “true mutt” because I’m believed to be a mixture of Dachshund, Beagle and Border Terrier with perhaps a dash of Corgi. It must be a winning combination because a photo of irresistible me is what brought me to my forever home. Four years ago, my family (Ben, Kelly, Kogan and Bo) had just moved to Menlo Park, and as Kelly tells the story, Ben was so excited about their new big backyard that he thought it would be “brilliant” to surprise her with a puppy. “Before I knew it,” Kelly says, “I had a two-month-old puppy and a four-month-old baby on my hands—I cried.” Just imagine that, crying with happiness at the sight of me! Kogan, who was four at the time, instantly fell in love and proclaimed me “Draymond Green,” after his favorite Warriors player. Draymond turned into Dre, and I grew up keeping a close watch on baby Bo. One time, he cut his finger and needed stitches and I felt so badly for him that I yelped and moaned right alongside him through the entire ordeal. Mostly though, I’m always smiling ear to ear. In fact, neighbors who pass us on walks take one look at my gleeful grin and always comment, “Wow, that’s one happy dog!” Content, happy Dre—that’s me, whether I’m officially in the dictionary or not