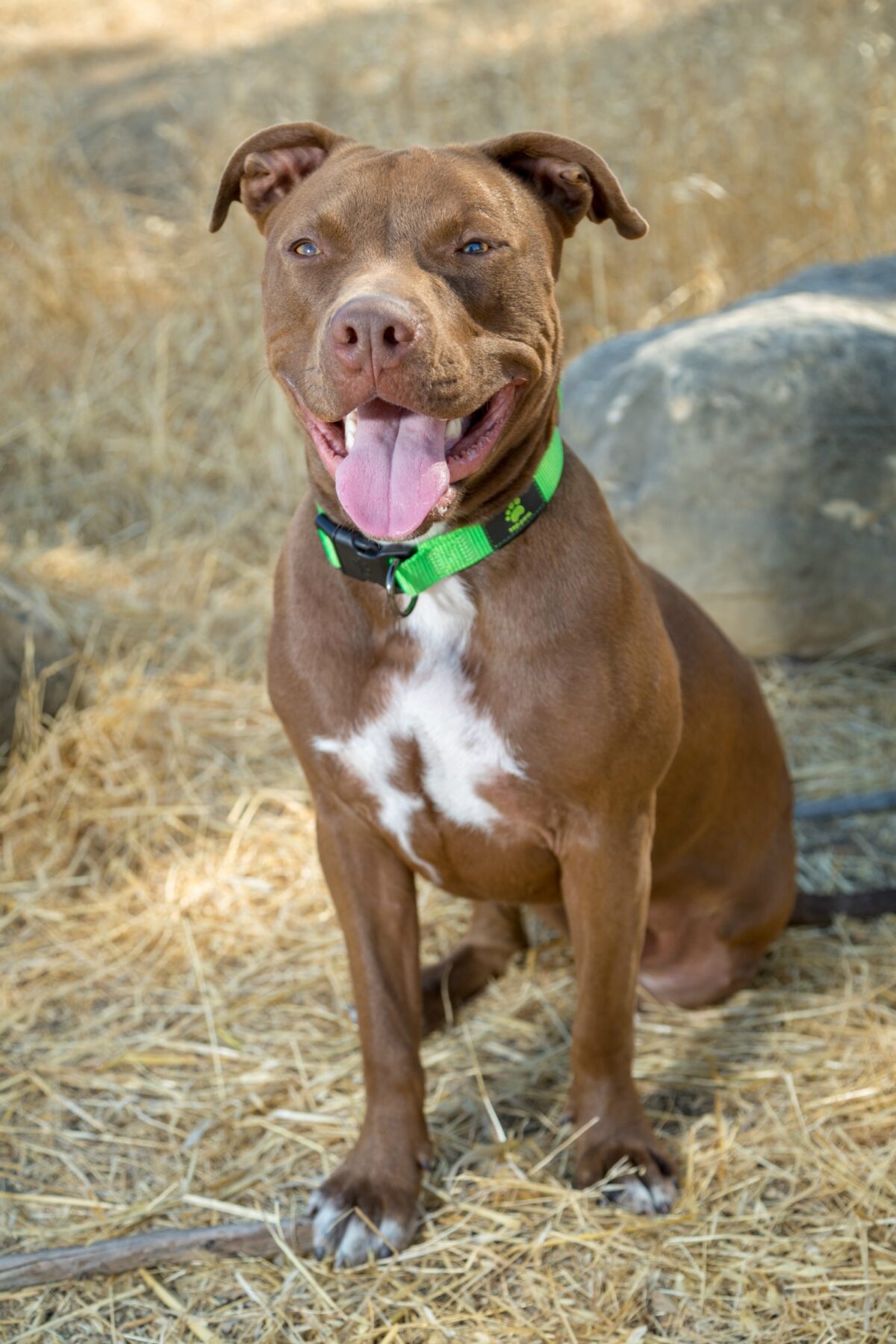 I don’t remember much of my life before I was seven months old, when I was found by a police officer in Brisbane. Since I was hurt, the police officer brought me to the Peninsula Humane Society & SPCA shelter in San Mateo. The humans there saw that there was a problem with my back left leg, something about “multiple fractures.” The PHS/SPCA sets aside money for hurt pets like me with their Hope Program, so they were able to do surgery and remove the broken leg. It took me a little while to get used to jumping and chasing balls with just three legs, but now I’ve got it all figured it out. Once I was better, I moved to the Tom and Annette Lantos Center for Compassion in Burlingame to get ready to be adopted. The people at the PHS/SPCA had started calling me “Jay,” and when they wrote on their website telling people to come adopt me, they also called me the “tripod puppy.” On the same day that they put my picture online, my new dad Joe was taking a break from work (He takes care of robots!) and saw the post. He called my new mom, Amanda, and they agreed that I was the right dog for them. Joe came and got me right away, and now I live with him, Amanda, their kids Colby and Ryan and their Chiweenie Buster. The boys think I look like a character in their favorite movie, Moana, so they call me Maui Jay. If you want to see other pets who were rescued by the PHS/SPCA, you can find them at peninsulahumanesociety.org/adopt