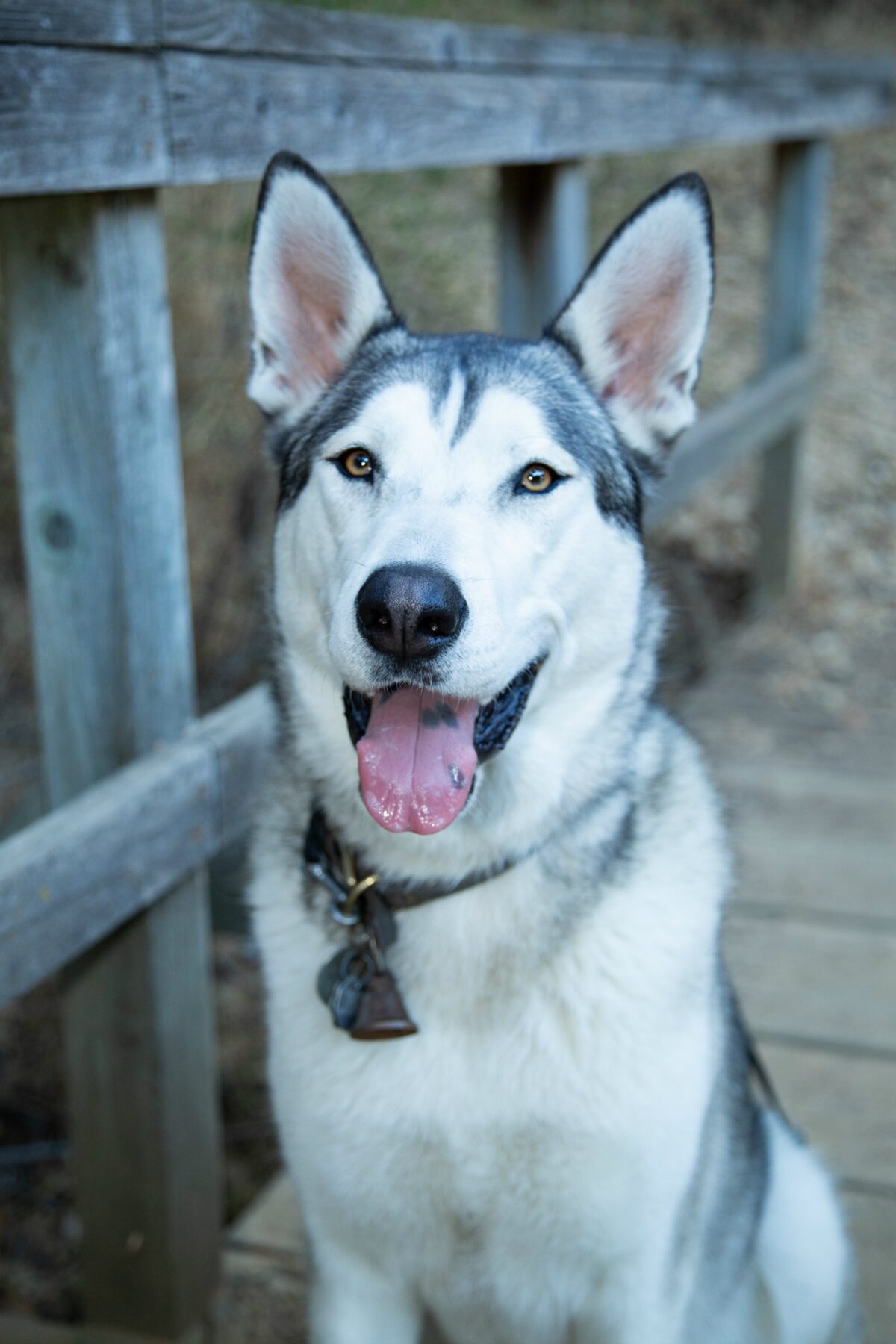 I’m a three-year-old Husky mix, and I’ve lived on the Peninsula for almost two and a half years. My humans adopted me from the San Francisco SPCA last spring, after the SPCA found me in the Central Valley. I was pretty skinny when I first arrived at the shelter, and I even had kennel cough. Though I didn’t look great, my new family still saw something in me. They say that when I   jumped on them and gave them a hug, that’s when they knew I was the right pup for them. Now, I live in San Carlos with them and their first pet, a kitty. She’s almost 20 years old though, so she’s not exactly interested in playing. We still get along ok; I just stay out of her space. Even though I’m a big dog, I’d rather be friends than pick a fight. I know that my size might scare people, and that’s why my humans didn’t go with their first instinct to give me a tough name, like “Blade.” Instead, they named me after Merlin the wizard, since my gold eyes are pretty magical. Also, I have big ears that stick out, just like the actor who played Merlin on the BBC show.

My favorite thing to do is hang out outside, so I love it when my humans take me to places like Poplar Beach in Half Moon Bay and Big Canyon Park near our house in San Carlos. I also like it when they go out to try new restaurants, since a lot of places around here are ok with dogs coming along. My humans like coffee and gelato, but my favorite things to eat are cheese and liver treats. I also like the taste of toothpaste, which is a good thing because I have to keep my smile bright for all my photos. My humans help me put the photos on Instagram, and sometimes I even let my other dog buddies into the picture too. It’s great because one of my other favorite activities is “borrowing” toys that might belong to another dog. My life isn’t always easy though—I never know when my humans will start up that scary vacuum cleaner, or when I’ll have to get my nails clipped. I’m always up for visiting new places on the Peninsula, especially if it’s somewhere with squirrels I can chase. You can follow along with all my adventures on Instagram: @wizarddogmerlin