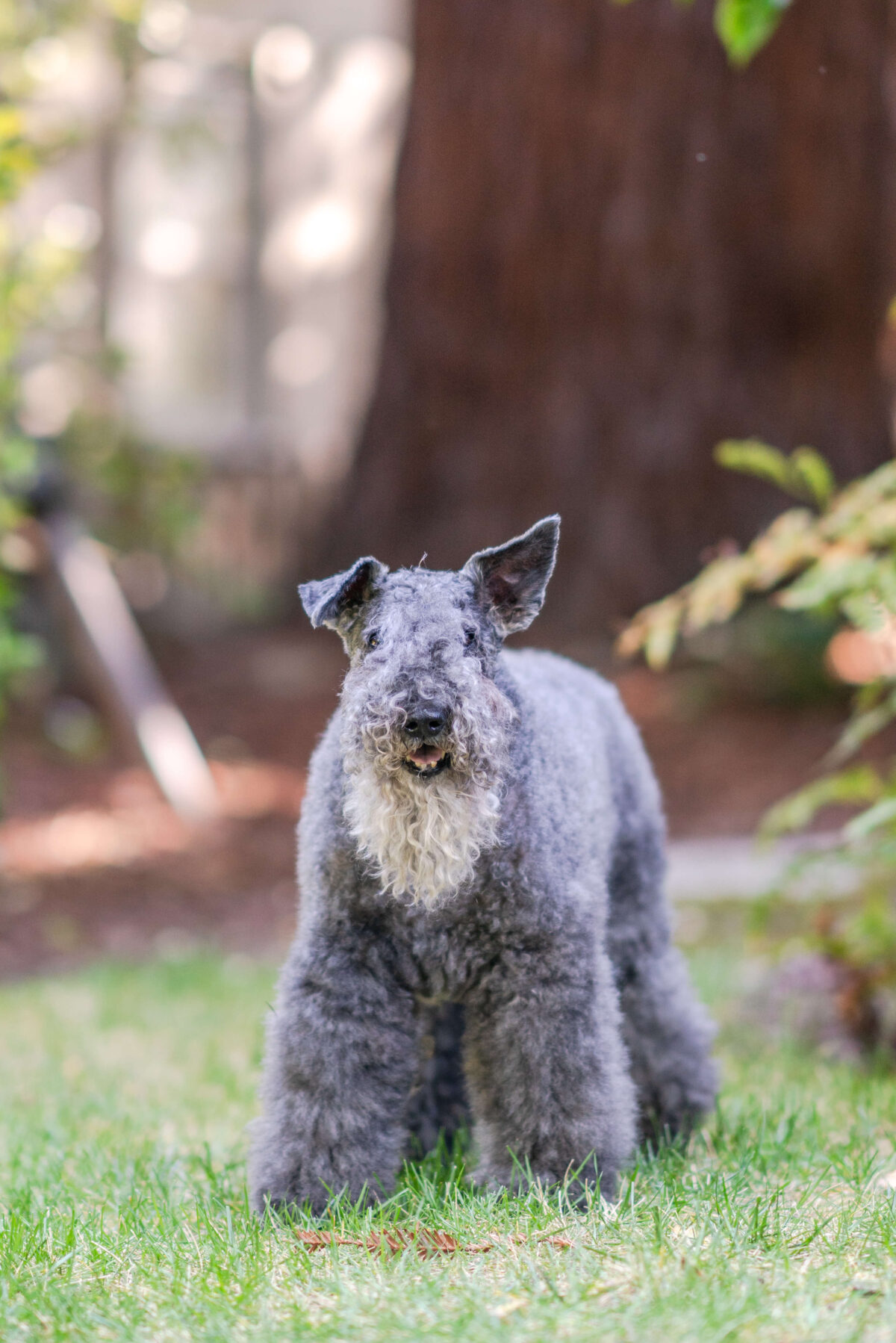 When you look at me, what strikes you first? Perhaps it’s my keen eyes, my sporty, dignified beard or most likely, my striking coat. You’re not imagining it. There’s actually a tint of blue in the gray, which makes sense given that I’m a Kerry Blue Terrier. I live with Jourdy and Stuart in Burlingame, and while I’m considered on the mature side for a dog (13 years), I am always humbled by the fact that they’ve been married almost 60 years! Jourdy grew up with Kerry Blue Terriers and always wanted one. Kailey was the name of their first—she was an AKC champion and my great-grandmother. I also earned AKC titles with Jourdy, but when she started slowing down a bit, I was happy to step up my role as family pet and loyal, protective watchdog. It’s a good thing I’m so alert. A while back, Stuart had gotten up early and was working in his home office. After he gave me a few good neck scratches, I went back to the bedroom to wait for Jourdy to wake up. Immediately, I could sense something was wrong. I went back to Stuart’s office and started barking and stomping my feet and then turned around, hoping he would follow, which he did. I heard Jourdy say, “I think I am having a heart attack,” and after that, everything happened quickly. When Stuart returned from wherever they went, he fed me right away and talked to me while I was busy eating. He said that Jourdy had a mild heart attack and getting her to the hospital when they did made a huge difference. “You’re a lifesaver,” he told me. I’m good at expressing my feelings, and I know Stuart could see the joy and relief in my eyes.