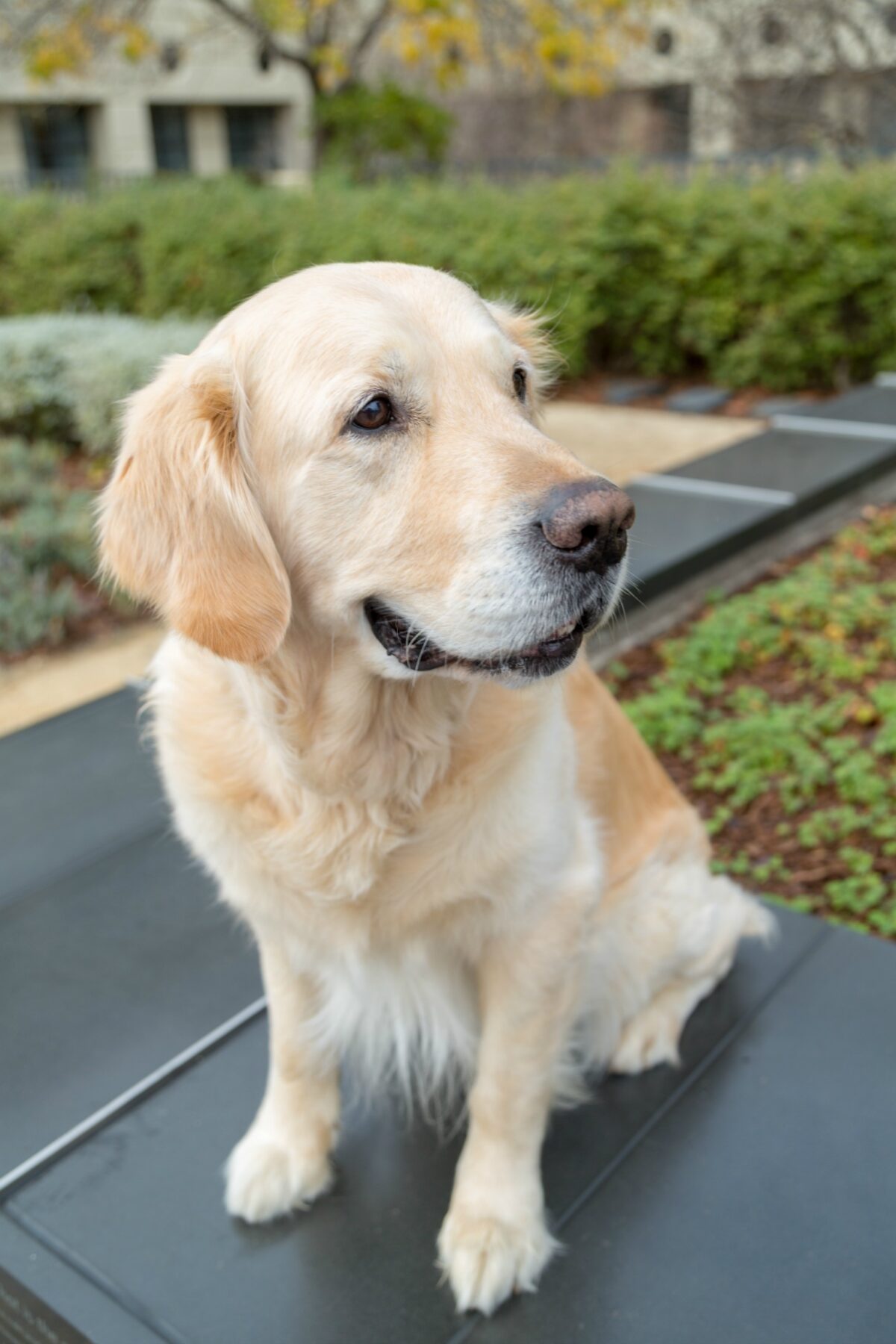 I was born in Connecticut, but when I was a puppy I came to California on an airplane. I flew with Martha and Patrick, and ever since then I’ve lived with them in San Carlos. Even when I was small, I was a pretty calm guy so someone suggested that I work as a therapy dog. I guess they shouldn’t have been surprised, since my mom and some of my siblings visit Ivy League colleges on the East Coast to help the students who are freaked out about their finals.

After Martha worked with me to pass my therapy training, I started going to work with her at Stanford. I was so popular that Martha worked with the organization Pet Partners to put together a whole team of dogs who now hang out with me and the students on campus. I still go to Stanford about once a week, but I also work away from home with the Hope Animal Assisted Crisis Response. We did a four-day training in LA in 2011 to get certified, and now we’re one of the 200 teams around the country that provide support during disasters. They call us the “Navy Seals” of therapy dogs.

I’m a family pet when I’m not being a therapy dog. For kickback time, I like to watch stuff on TV, either shows with real dogs on Animal Planet or movies with animated animals, like Up and Shrek. If you want to learn more about therapy dogs like me, check out petpartners.org