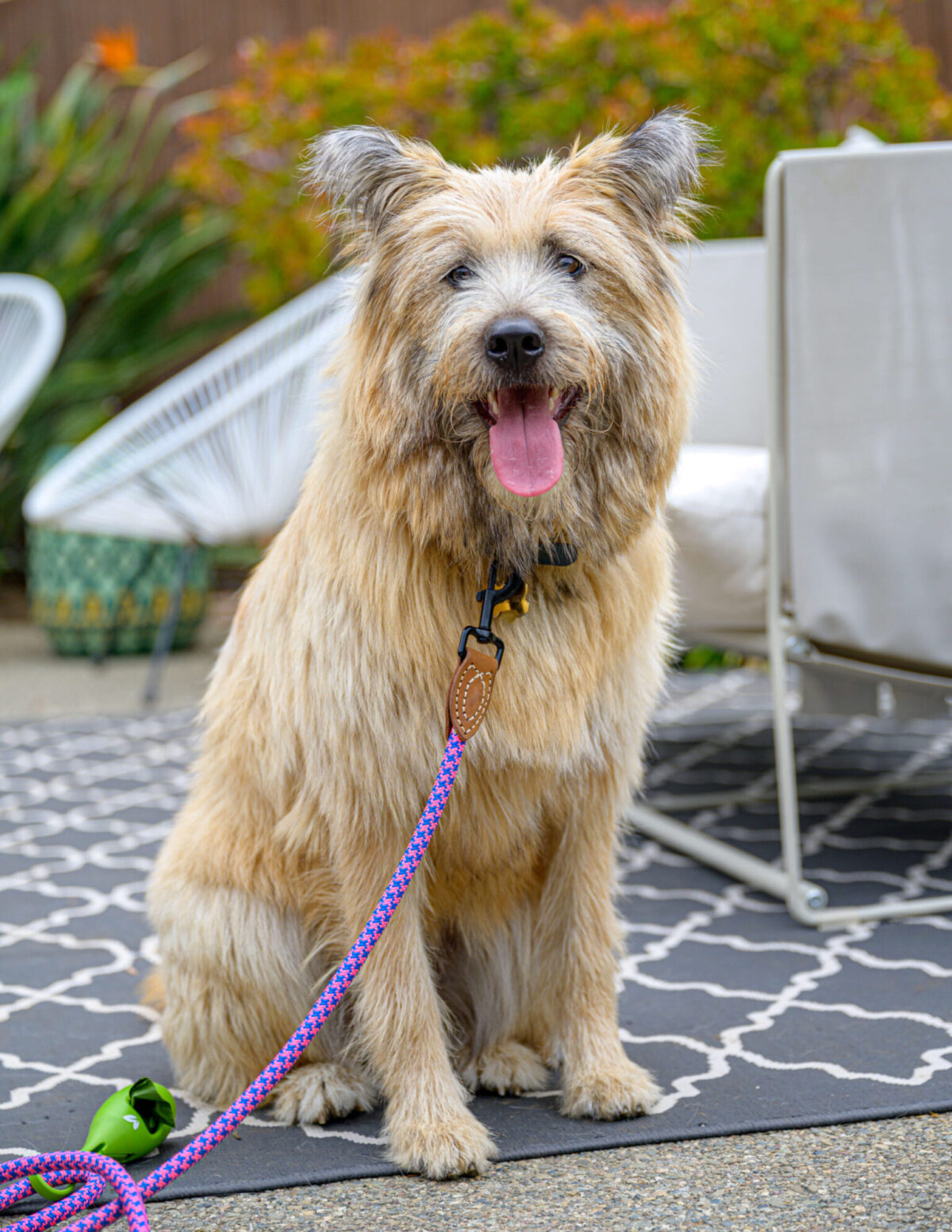 Not many American dogs can say they’re national treasures, so I have good reason to brag—well, at least I think I do. I’m believed to be a Jindo/Sapasali mix, which likely aren’t familiar breeds to you, but in South Korea, both have been officially named national treasures, #53 and #368 respectively. Whatever my lineage, which resulted in my Wookie-like appearance, my family in Palo Alto considers me a household treasure, which is more than enough for me. I arrived in the Bay Area by way of Love & Second Chances, a rescue organization founded by Melody Chen, who believes neglected dogs from other countries need second chances too. Laura and Simon, along with their two daughters Marni and Clara, had already fostered about 50 dogs when they adopted Stella, a Jindo rescue from South Korea. And although they had decided on no more fostering, they couldn’t say no when Love & Second Chances called needing help with a South Korean emergency rescue. Melody dropped me off in Palo Alto, and Laura says she instantly knew, “I wouldn’t be able to let him go.” My family refers to me as the last piece of the puzzle, which also includes two cats by the way. I love everything about my life here—whether it’s rolling on my back for tummy scratches, morning walks to ZombieRunner for coffee (Make mine a water!) or dropping Marni and Clara at Duveneck Elementary, where the crossing guard always has dog treats in his pockets. If you’re searching for a priceless treasure of your own, check out lovesecondchances.org