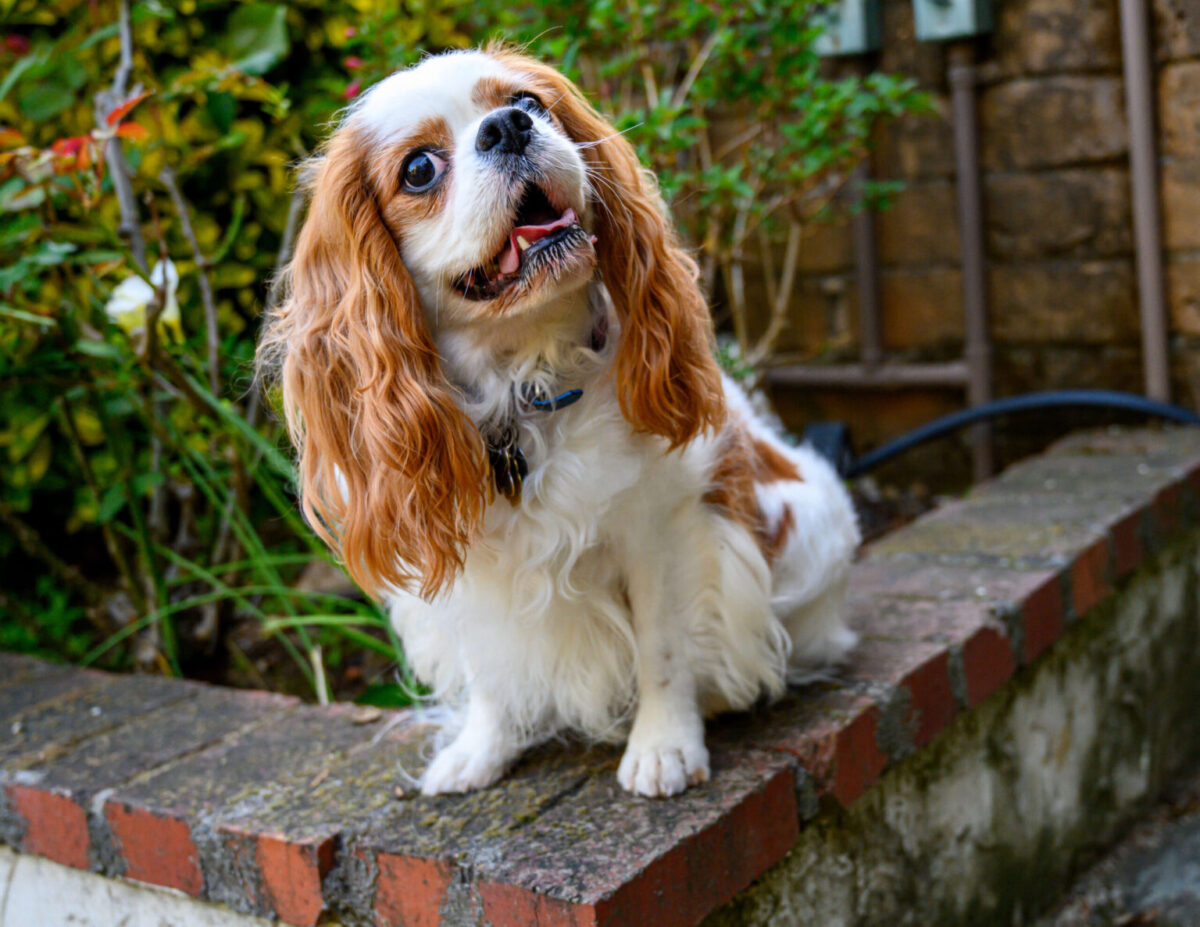 Call me Troilus. I’m a Blenheim (brown and white) Cavalier King Charles Spaniel. My illustrious ancestors were found at Blenheim Palace in England and in Titian paintings, but I come from Shasta County, California. Rick and Lynn encountered irresistible me on their way back from the Oregon Shakespeare Festival in Ashland. They had just attended a performance of The Taming of the Shrew, so I was named for Petruchio’s Act 4 Scene 1 line, “Where’s my spaniel Troilus?” Clearly, I was in Anderson, waiting for my family to bring me home to Palo Alto. Given that my head “feathers” rise like a ’60s Troll doll, it’s not surprising that my nickname is Troll. Cavaliers should have a melting expression. Mine would melt steel. I moderate my dyspeptic look with a nonstop helicopter-wagging tail but looks aren’t everything. I excel at agility, rally and am an AKC Canine Good Citizen. My primary profession (and passion) is sleep. My part-time job is air traffic control. We’re on the flight path to SFO, so I scamper across the yard barking at and directing planes. I also have a side gig as a music critic. In the car, I insist on my own tunes and I make my displeasure known if I don’t get what I like. Forget classical or rock—’50s rockabilly is my choice. Lynn’s attempt to convince me I’d enjoy ABBA was her Waterloo. But my sensitive hearing also made me a hero. When I started barking furiously one time, Rick discovered that the basement was flooding. I beat the electronic alarm by half an hour. Although appearance isn’t my lead attribute, I’ve been mistaken for Elizabeth Taylor on University Avenue. It turned out that the lady was talking about the Cavalier star of Sex and the City. Not bad for a little Troll dog like me.