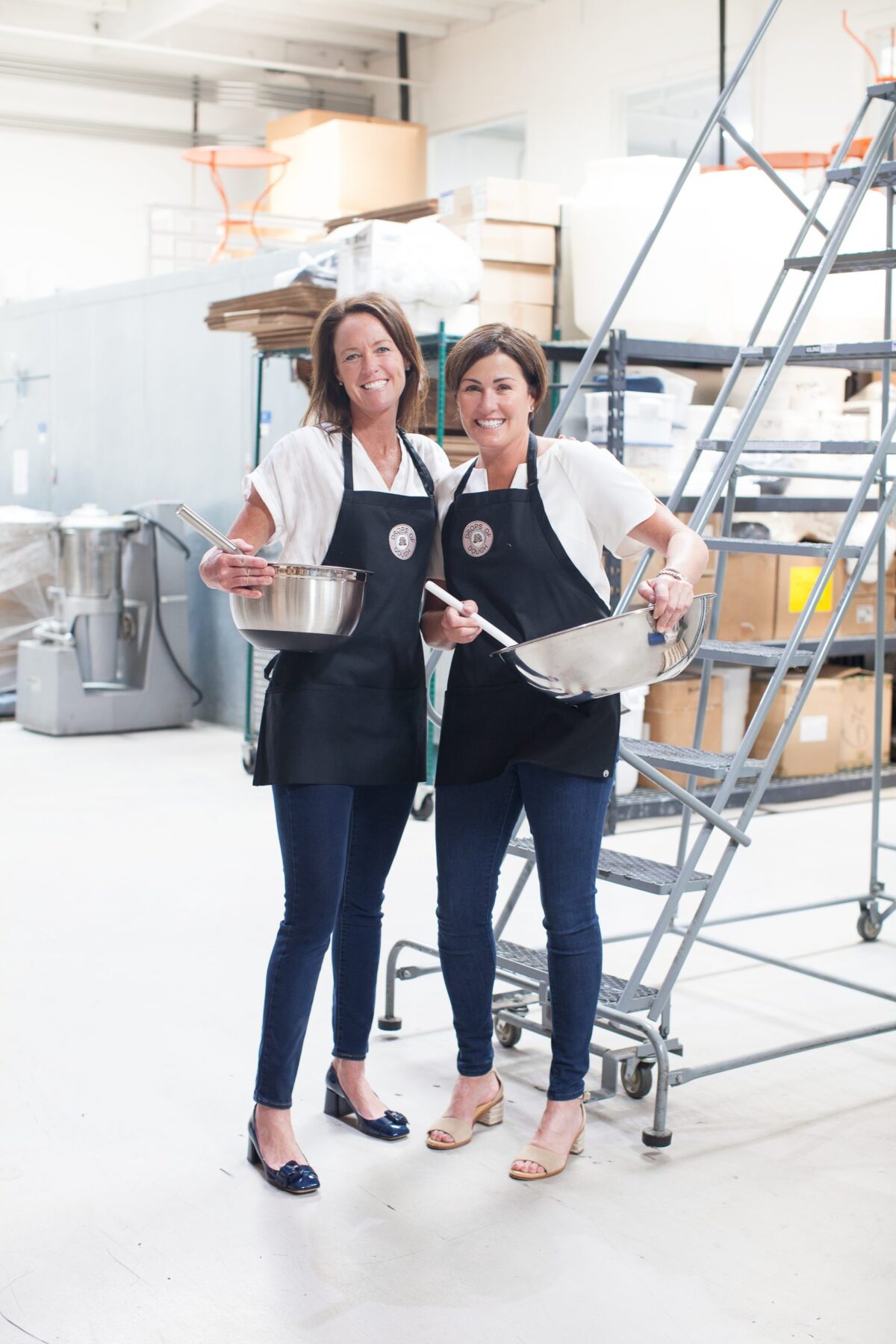 Baking cookies was always an exacting obsession for Erin Aliaga. Growing up in San Luis Obispo, she spent her formative years trying to perfect a recipe but her cookies never seemed to please. It wasn’t that she lacked a baker’s touch—her older brother was an athlete with a sweet tooth who would often pay Erin $10 to bake him a cake—but her cookies never made the cut.

Years later, while Erin was raising her children in Hillsborough, her trepidation for baking cookies returned. “When my kids started elementary school, it came back. It was like, ‘Shoot, here we go again…’” she says. “I was constantly making cookies trying to get it right.”

But when she began experimenting with ingredients, namely a new brand of organic flour, the results began producing fans. Her son’s teacher started requesting batches and the positive buzz quickly spread across the playground.

“My youngest son came home saying he needed more. He said they were getting stolen—sometimes out of his hand while eating them,” Erin says. “That’s when things started to click. Maybe these might be getting somewhere.”

Around the same time, Erin joined with other parents in her neighborhood to fundraise on behalf of three families in Hillsborough with children who had contracted Osteosarcoma, a rare form of bone cancer. In three months, they secured almost $600,000 and donated the money to St. Baldrick’s Foundation, a nonprofit organization that raises funds for pediatric cancer research.

Erin wanted to continue this philanthropic mission after the donation but couldn’t repeat the same fundraising methods as before. Then the light in her oven switched on. 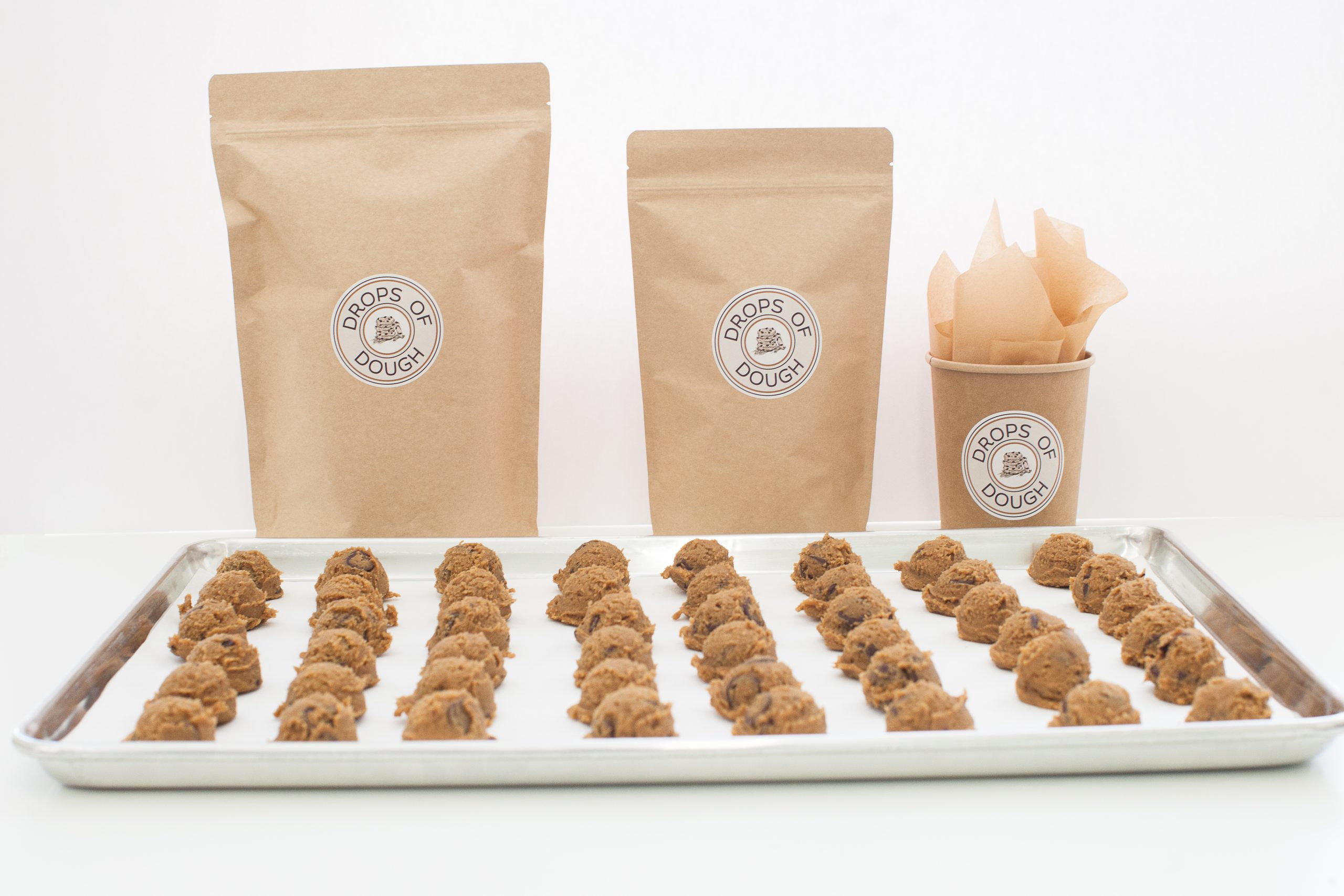 She envisioned a cookie dough company where a percentage of its dough sales is donated to pediatric cancer research—cookies for a cause. But a single person running a startup is a daunting task; moreover, Erin is an avid baker who doesn’t purchase pre-made products. As a consumer, she wouldn’t even be the type of person who would buy her own cookie dough.

Faced with these quandaries, Erin enlisted the help of her longtime friend Cameron Hecht, a fellow Hillsborough mother who used to run a flower shop in San Francisco. The two had met years previously at an Undisputed Boxing Gym kickboxing class and Cameron had been flirting with the idea of picking up a part-time job. Erin pitched Cameron on her vision and Drops of Dough was hatched.

“It’s not a hobby,” Cameron says over a recent afternoon lunch at Pizzeria Delfina in Burlingame. “It’s not just two moms baking cookies.”

Erin, seated next to her, nods in agreement. “We’re not fooling around here,” she adds. “We’re trying to raise money for cancer research.”

Launching last year and delivering its first batch in late summer, Drops of Dough is the Peninsula’s newest easy-to-bake cookie company and the only cookie company where 5% of all dough sales is donated directly to pediatric cancer research.

The packages come in 12-, 18- or 36-count using reusable bags meant to live in a freezer for up to six months for dough on the go. Chocolate chip is the initial offering (expect more flavors in the future) and they source their chocolate chips from Burlingame’s Guittard Chocolate Company.

The end result is a simple delight: sweetened chocolate chip cookies with a crispy outside and a gooey middle, just the right size for three or four bites of bliss.

Erin, who previously worked as an accountant for the Mariners Point Golf Center in Foster City, is a fastidious note-taker. While discussing her company’s origins, she pulls up the notes from their first tour of KitchenTown, the San Mateo-based food industry incubator they use, which provides food startups with a kitchen, advisers and a network.

Back on May 22, she jotted down all she could learn about the “cold chain,” a series of actions and equipment for maintaining a healthy low temperature for products from production to consumption. As it was her first venture into the food industry, Erin wasn’t going to miss a step. 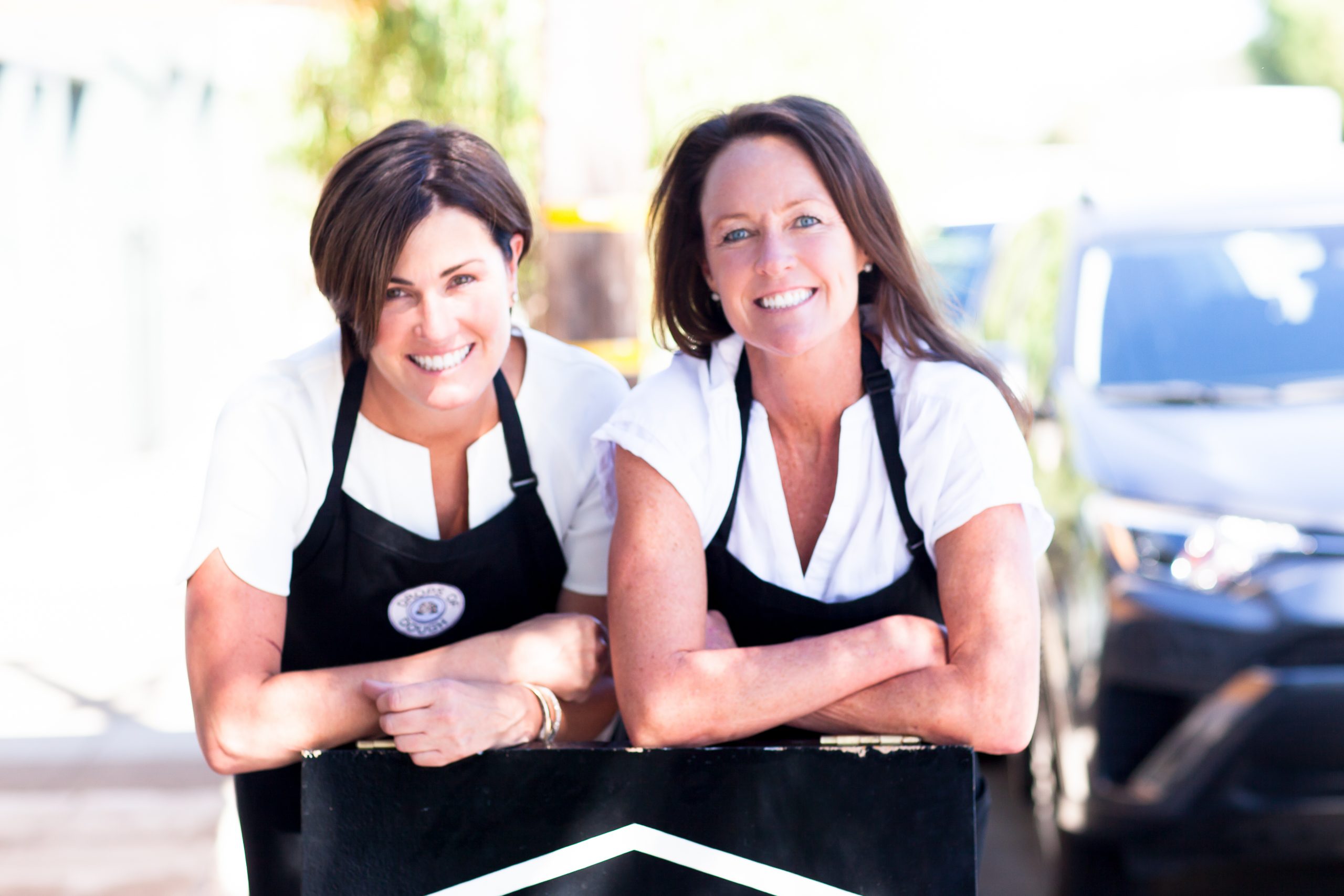 Erin and Cameron signed a six-month lease with KitchenTown and began acquiring all the proper permits and food handler certifications. Erin also had to scale her ingredients since her batches would go from a dozen into the hundreds. “KitchenTown has a 140-quart mixer,” she says. “The one I have at home is only four!”

It takes them about four hours to produce 56 dozen cookies. “And that’s when we’re humming along, not chatting, until we start scooping,” Cameron clarifies while smiling at her friend. “I’m always dying to tell her something but we have to wait—that’s the hardest part of the job.”

Although they only work at KitchenTown twice a week, Drops of Dough is a seven-day operation. Erin recently tested their shipping process and was ordering tubs of ice cream from several companies to find ideas for how they shipped using their cold chain. (Her sons did not complain about a freezer full of ice cream.)

The duo recently secured their first contract with a local store to sell in the frozen food aisle (the Mollie Stone’s Market in Burlingame), but they hope to be as direct to consumer as possible and currently hand-deliver to homes within local area codes. They expect to begin offering nationwide delivery in early 2020. The duo were working in the kitchen on October 9 when an unexpected ding went off from their computer, indicating their first online order. “That was nuts,” Cameron says gleefully. “We didn’t even know the system was live! We were shocked and thrilled.”

Because it’s a company with a firm mission, Erin and Cameron decline to discount for friends, family and even themselves. They’re determined to raise as much dough as possible—using chocolate chip cookies as their way to chip in for a worthy cause.