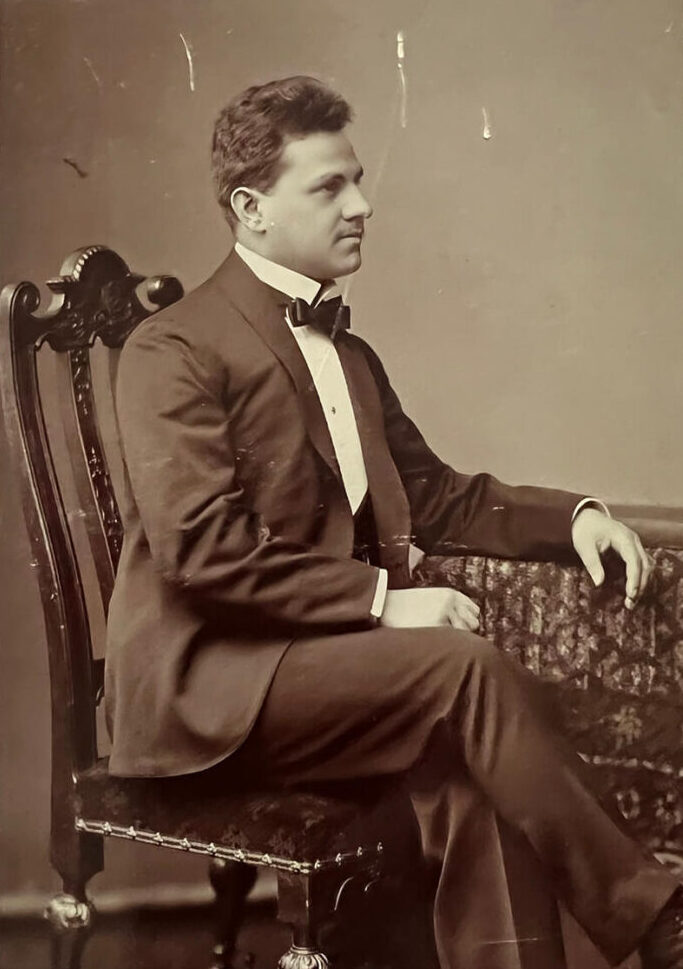 For much of my life, I’ve wondered where my looks—the good, the bad, the ugly—came from. I didn’t look a thing like my mother or my father and except for my blue eyes—a common Citron trait—there was little I shared with my ancestors. I only knew one of my four grandparents, my mother’s loving elderly mother. But in her visage, or in the old black and white pictures of the grandparents I never met, I saw nothing of myself. I often thought, like many children do, that I must have been adopted.

I’m now a grandfather, though a young one, of seven grandchildren, the oldest soon to be four years old. Even as I have become the family patriarch, there is nothing looks-wise that ties me to my parents. Like my father, I do have good hair, still there and still mostly dark. When my dad died at 86, he had thick black locks. But the hair (and the eyes) were about it. Where did I come from? Who did I resemble?

I have a bright cousin named Peter Vardon, who lives near Washington, D.C. He retired a few years ago, and, like many others with time on their hands, he embraced a new pastime: delving into family history. His mother, Evelyn, was the sister of my father. Much of his research centered upon our grandfather, Julius Citron. Every family has a standout; he was ours.

It turns out that a researcher Peter had contacted for information was coincidentally writing a book about Julius. The two of them were able to share a great deal of information, and we were able to learn many new aspects about our grandfather’s life.

My father, Julius’ son, was an extremely quiet man, the result, I believe, of his introverted personality and his hard youth, including escaping from Nazi Germany in the 1930s, right after his young mother died. My father shared little. We had books in our library that Julius had written but not much was said about them or him. While I was always aware that my grandfather had done something “important,” it wasn’t until cousin Peter got to work that I gleaned the actual details.

I did get a hint of his significance a few years ago, when I was hunted down and contacted by the Einstein Papers Project at CalTech. They asked if I was related to Julius Citron. I wrote back that I was his grandson and they responded with several questions, to which I knew almost nothing. They in turn sent me correspondence between my grandfather and the legendary physicist. When I questioned Peter about this, he told me that his mother would recall Dr. Einstein bouncing her on his lap when he came to see Julius back in Berlin.

“Devoted to the German Jewish community and a lifelong Zionist, Citron, along with friend Albert Einstein, led a committee of prominent Berlin Jews including Rabbi Leo Baeck, Judah Magnus and other leading citizens in support of the creation of the Hebrew University of Jerusalem.”

I wish I had known Julius, and my other grandfather too. I missed out on having a living grandfather, something I see as an enduring loss. I hope that my little grandchildren—though they would not remember me if I were to pass today—would still have the imprint of the deep love that I have for them and for the time that we have shared.

“An American colleague wrote in 1910 about Citron that ‘He is a genial, earnest worker and a delightful gentleman, thoroughly interested in his work, an excellent teacher and in all probability one of the best laboratory men on the [European] Continent,’ a testament to Citron’s international reputation from a young age.”

When cousin Peter sent me over some parts of the manuscript, one thing startled me: a picture of my grandfather as the young man described in the previous paragraph—a picture that I’d never seen. It startled me because, well, it was me! Or mostly. I had only seen pictures of Julius as an old man, but this picture, when he was around 35, was like looking at myself at that age.

So now I know that I wasn’t adopted! Though I was not endowed with his intellect and talent, I do have Julius’ looks. My sons Joshua and Jacob are named after him, and Jacob (Coby), somewhat amazingly, lives right near Julius’ original Tel Aviv home, fulfilling his great-grandfather’s dream. Right now, I don’t see myself in any of my grandchildren, but maybe someday—when they are grown up—one of them will look at my picture as a young man and say, “Hey, it’s me!”