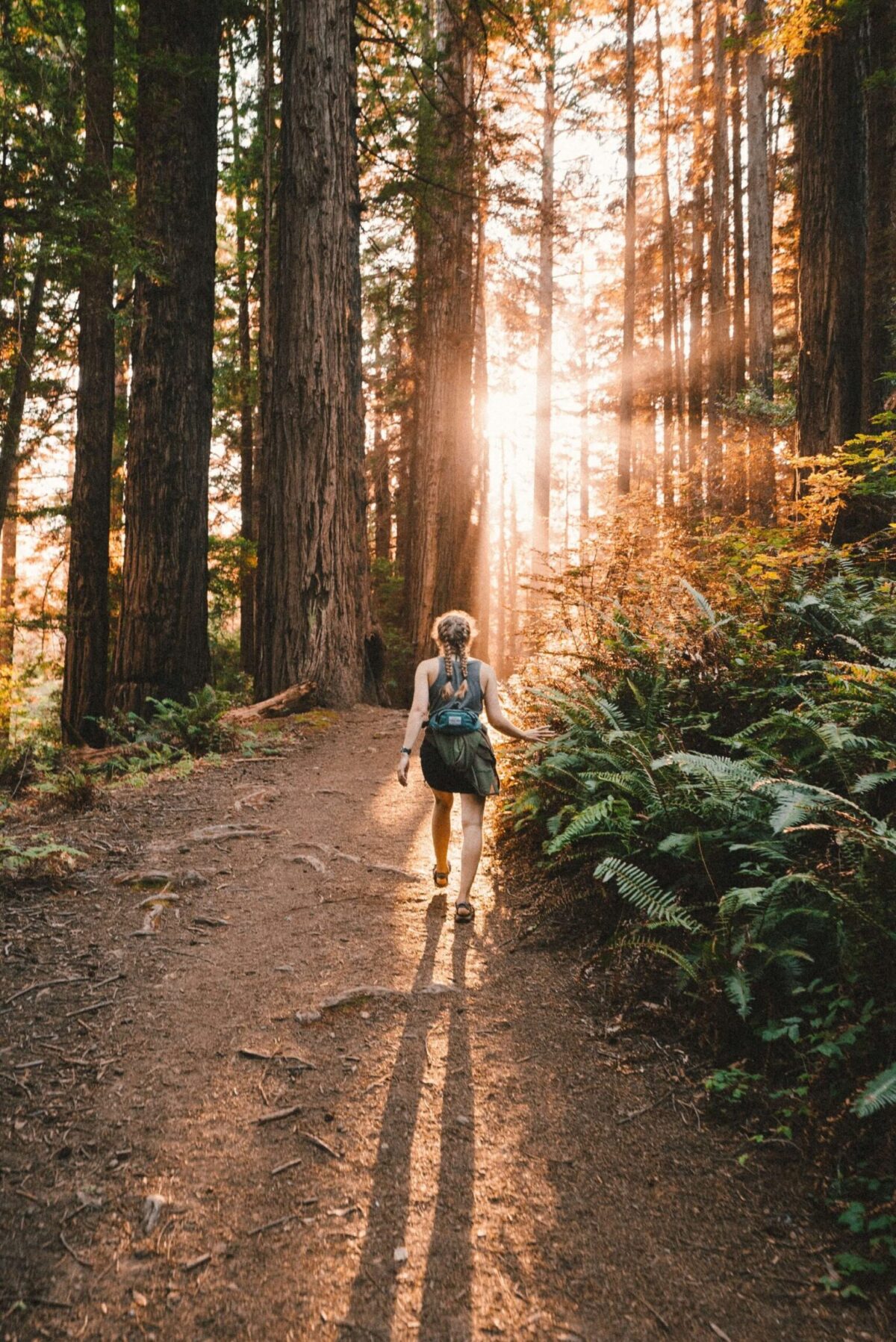 The timbered exoskeleton of a ramshackle sawmill is partially enshrouded by twin redwoods. The sequoias shoot up and disappear into the overstory. Fallen foliage collects on the mill’s rooftop; otherwise, the structure is visibly transparent—a tribute to Mill Valley’s history.

As the namesake for Old Mill Park, this bygone sawmill now plays a recreational role. Teenagers hop between the gaps in the wood beams while others gravitate to marvel at the multi-story frame that’s withstood the axe of time. 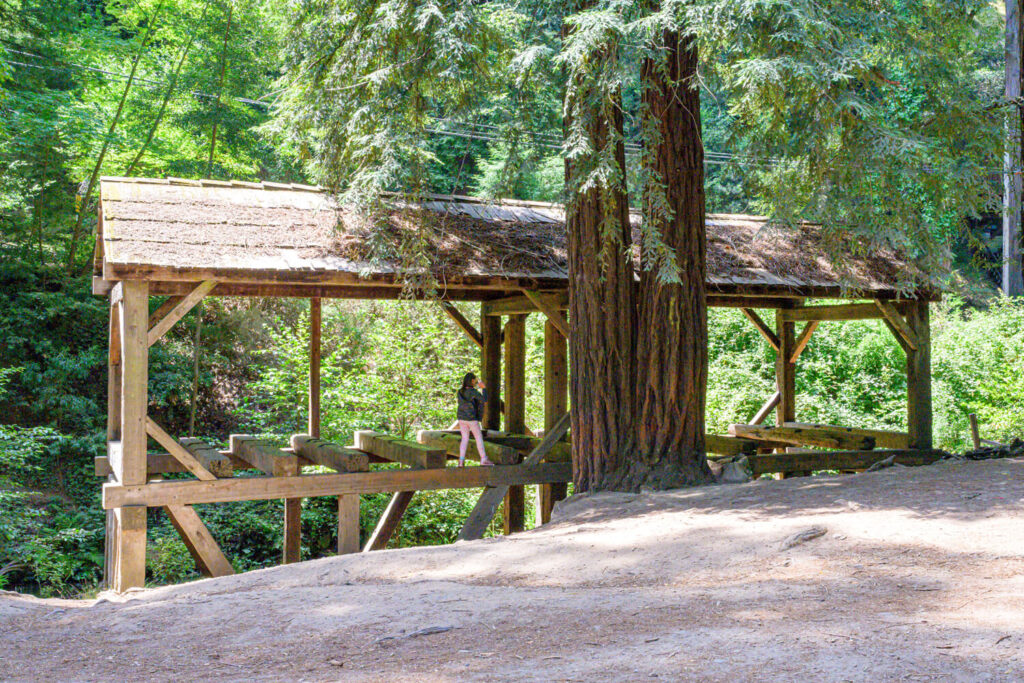 It beats on as the heart of Old Mill Park, an area that links downtown Mill Valley with the iconic open space that surrounds it. Not just a portal between diverse physical worlds, the park is also an ideal starting point to begin exploring one of Marin County’s more treasured hamlets.

Mill Valley drew its name from the signature mill at the park. And the legendary Dipsea footrace begins the ascent onto the mountain from the base of it, too. Take a short stroll down the road, and you’ll find restaurants, shops and a picturesque downtown, but Old Mill Park is where it all begins.

The city of Mill Valley was established to support the timber
trade in the mid-19th century and fortunately for us today, the arboreal environment was never entirely uprooted. 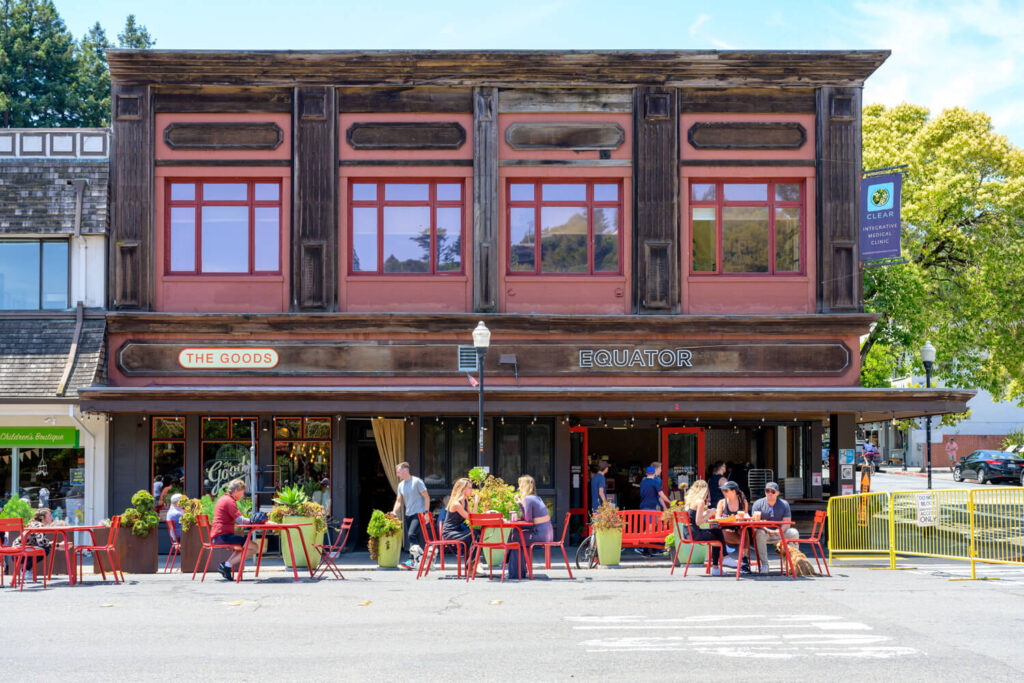 Trees, in particular old-growth redwoods, continue to serve as the city’s unofficial mascot. They’re the first to welcome you as you travel along either Miller Avenue or East Blithedale Avenue, the two major roadways that lead you in from Highway 101.

The two avenues coalesce in the downtown depot where boutiques both old and new line the winding streets. The downtown maintains a charming Rockwellian appeal with a mid-century CineArts Sequoia movie theater showing films on two screens and the Mill Valley Market, a hub for groceries with a façade that celebrates Tudor Revival architecture. A historic clock, a gift from the local firemen in 1929, presides over the quaint Lytton Square in the center. 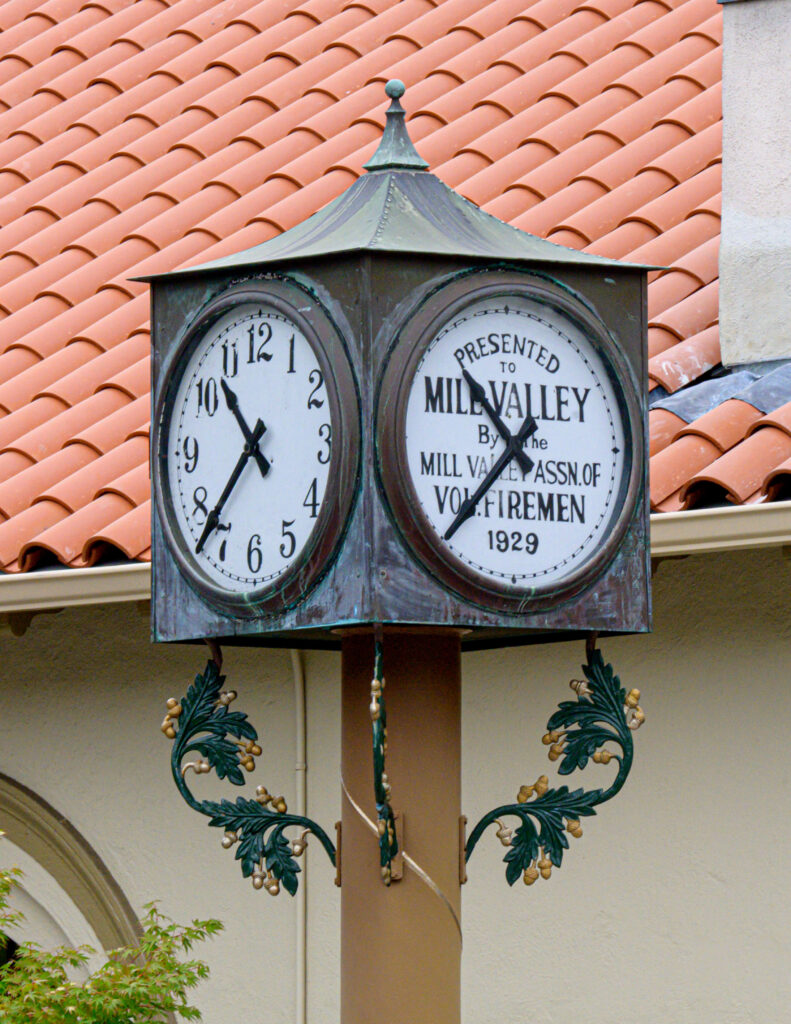 Within steps of the clock is the Depot Cafe and Bookstore, offering books of local interests, and across the street lies Vintage Wine & Spirits for anyone seeking to add bubbles or wine to their picnic.

The furniture and houseware shop Prevalent Projects specializes in non-toxic and sustainably-sourced materials for its modern interior design; its window display is known for luring unsuspecting shoppers. Venturing farther down the street yields high-end styles for women at OSKA Mill Valley or for men at Fez across the way.

The oldest trail race in America

With a start line at the clock tower, the Dipsea Race is an historic event that binds together the community each year on the second Sunday in June. (Due to current events, the 110th Dipsea is set for Sunday, November 7.) Hundreds of spectators and supporters gather downtown to cheer and rattle cowbells for runners who climb over the mountain to the sands of Stinson Beach. 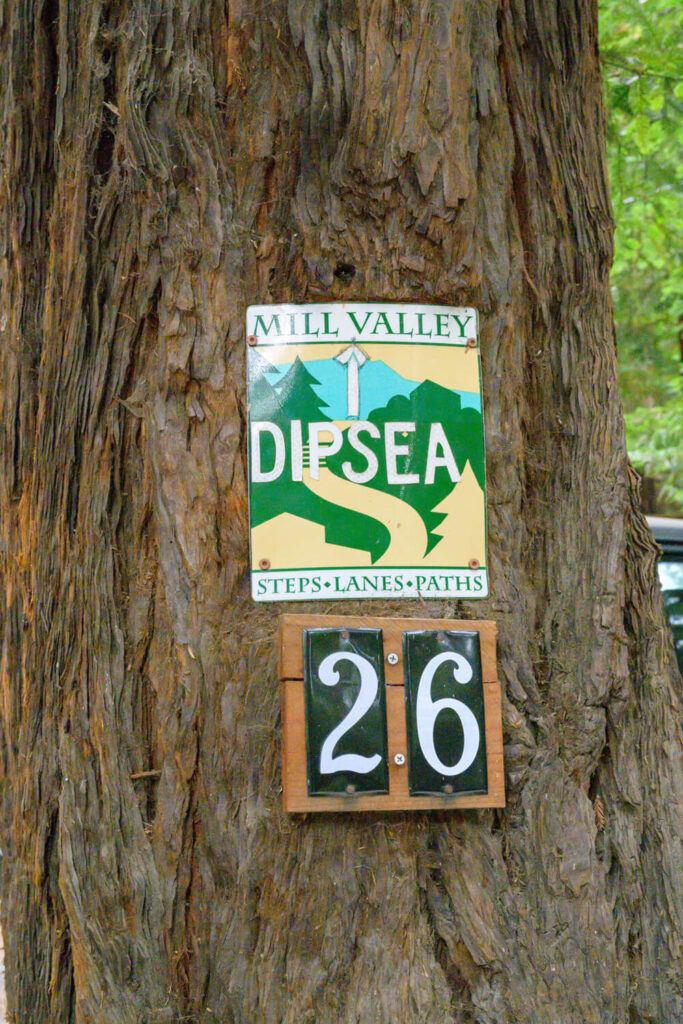 The scenic, 7.4-mile course is considered to be one of the most beautiful in the runner’s world but it comes at a grueling cost: the narrow trails force unintentional combat with fellow runners, poison oak abounds, there are several steep climbs to conquer (to reach the highest point of 1,360 feet requires mounting the punishing “Cardiac” Hill) and before even completing just the first mile, you encounter some 675 steps spanning three staircases.

Although the race is only held once a year, the course is open year-round and fun to run, walk or take at a leisurely pace. The first mile and a half of the course is a challenging workout that begins near Old Mill Park and concludes at the Panoramic Highway. 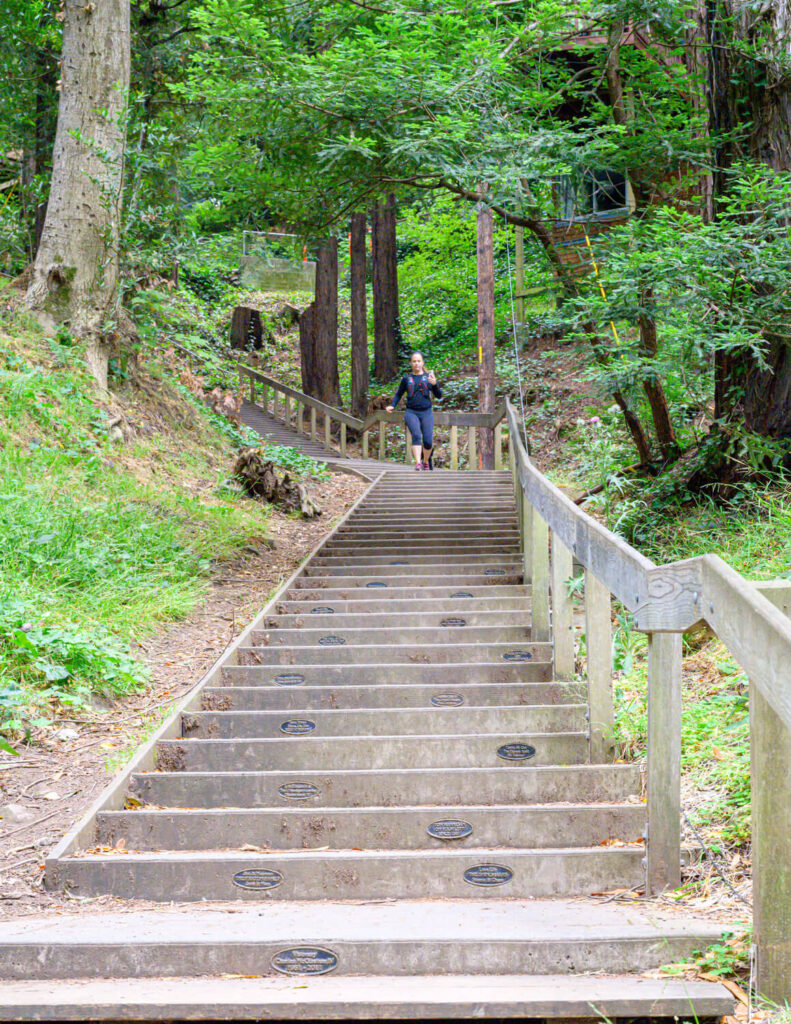 The Dipsea stairs are either made of stone, cement or wooden planks and your hustle is rewarded with gorgeous views of luscious greens in the backyard of Mill Valley. A fundraiser for the race allowed the public to purchase oval plaques to embellish the steps with sentiments and well wishes that provide encouragement as you haul up each flight. Names of race legends also dot the climb.

One such favorite, Jack Kirk, earned his nickname, the Dipsea Demon, for continuing to run the race well into his twilight years. He ran the race 67 consecutive times (winning twice) and continued until he was 96 years old. He passed away in 2007 at age 100 but his ethos continues to inspire: “Old runners never die, they just reach the 676th step,” he once said in reference to Dipsea’s infamous staircase.

Cooking with a kick

As a treat for taking on the Dipsea Trail, follow your gut to several worthwhile eateries scattered throughout Mill Valley. 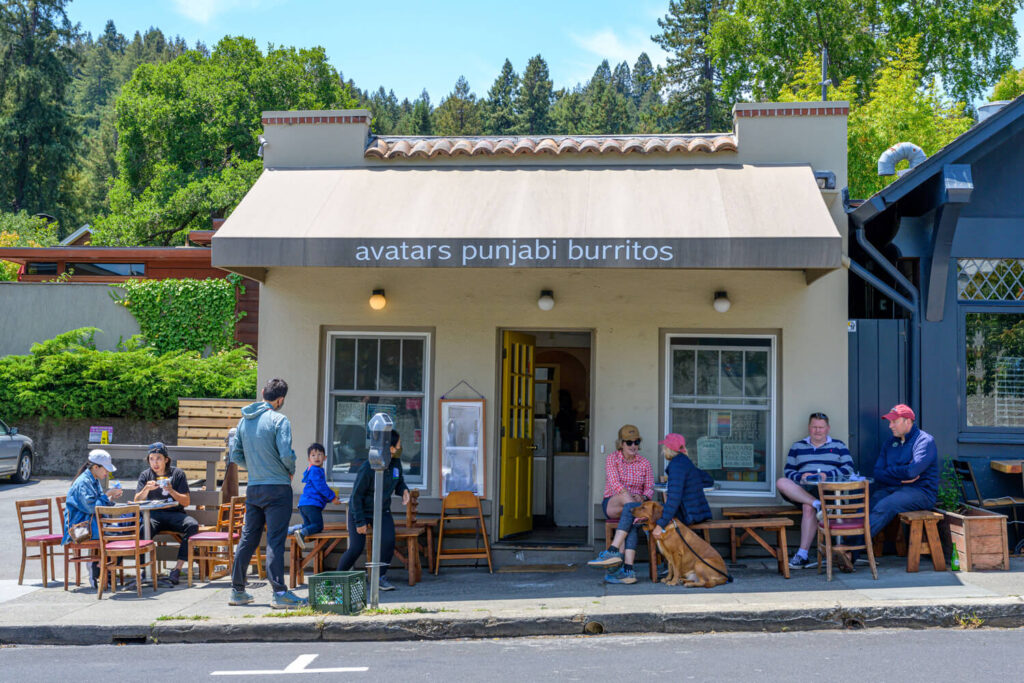 If you’re interested in more of a sit-down setting, give Playa Mill Valley a go. This trendy indoor-outdoor restaurant serves modern Mexican cuisine with a signature cocktail list. The grilled mahi mahi is noted for its guajillo-citrus marinade with chile de arbol salsa and avocado-poblano crema.

And in between downtown Mill Valley and Highway 101 is an outpost of the popular Marin staple Sol Food that deserves its heralded reputation for lively Puerto Rican dishes.

If you time your departure just right, you’ll catch a final glimpse of natural splendor as you trek across the Golden Gate Bridge at sundown and look west to the nightly colorful light show that brings a day in Mill Valley to a close. 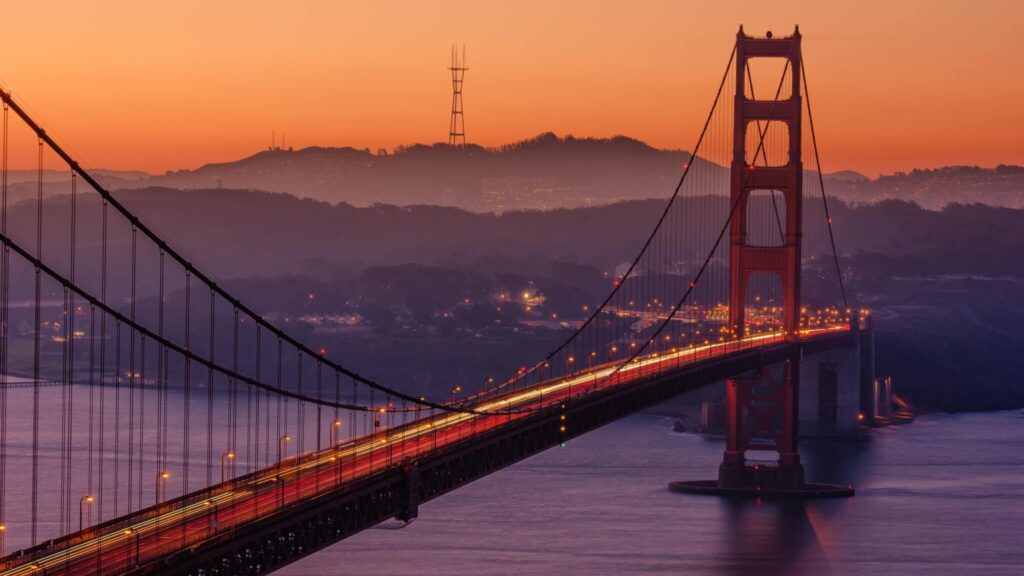