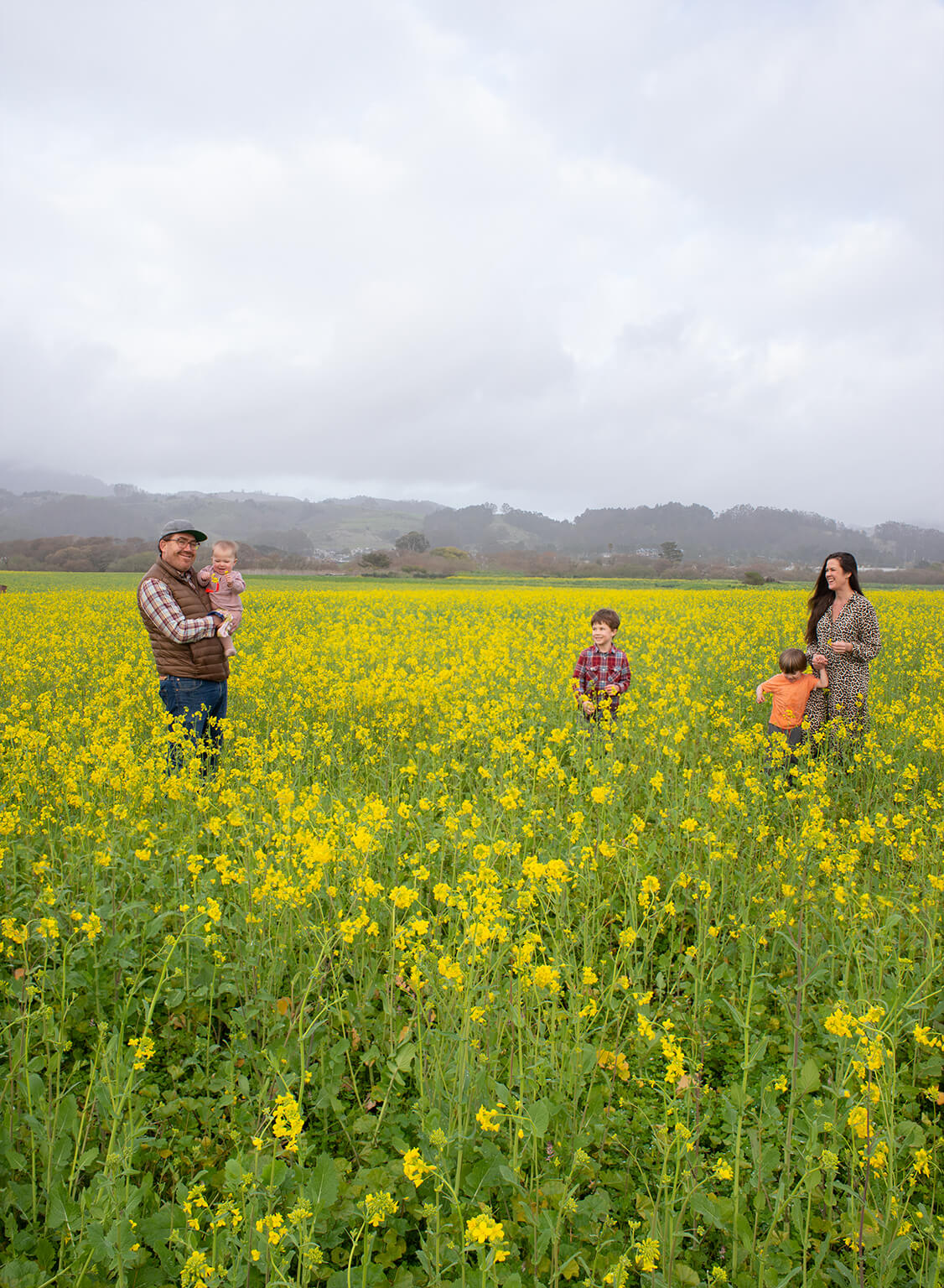 Over a three-week stretch of summer in 2019, Woodside’s Erin Gleeson and her family ventured out on a 2,500-mile culinary adventure—without leaving the state. The New York Times bestselling author, illustrator and photographer behind the The Forest Feast cookbook series decided it was time to go wheels up. “My first couple of books draw from cooking from a cabin in the woods and feeling inspired by California produce in my area,” she notes, “and I wanted to take that idea on the road but still within California.” 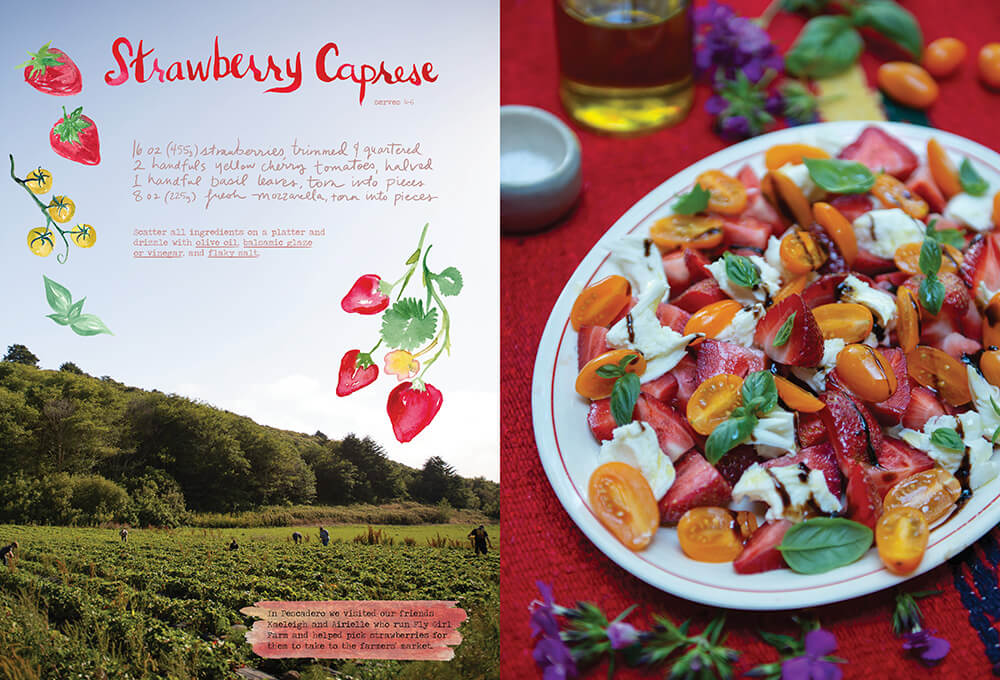 With two young boys, Ezra and Max, in tow (and a baby on the way), Erin partnered with her husband Jonathan Prosnit to successfully pull off the ambitious excursion. “He’s really the mastermind behind the route and plans for strategic hikes and stops along the way,” she says. Erin focused on their accommodations, arranging a series of vacation rentals and overnights with family and friends. “I was looking for cabin-ish places, cabin-inspired dwellings. And architecturally, I was looking for some diversity.” 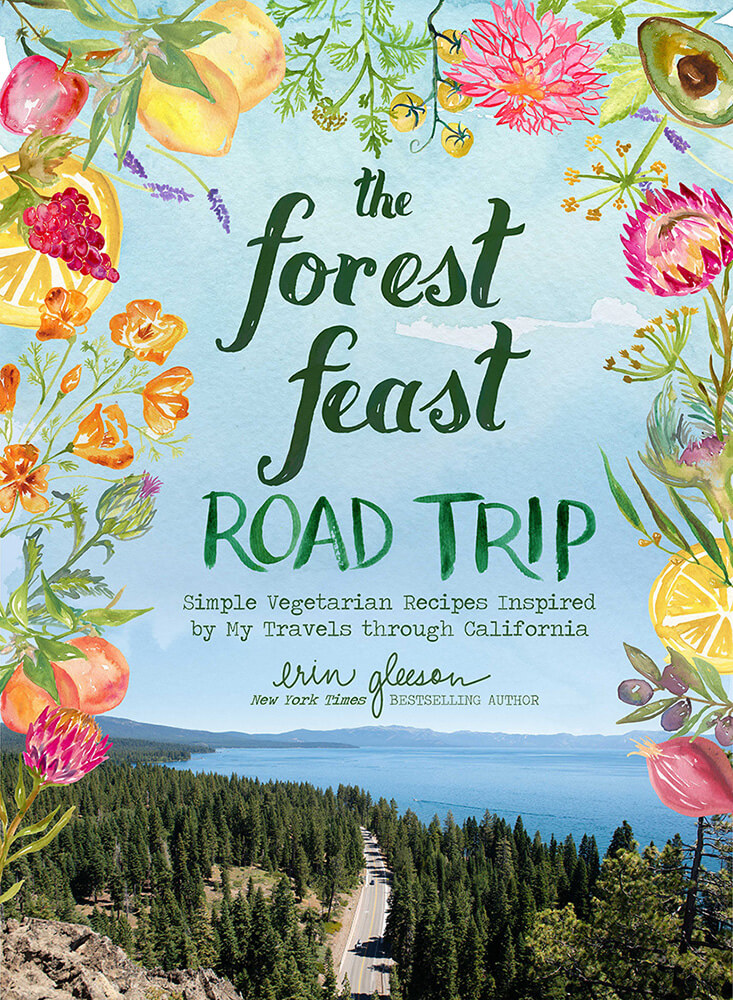 In Big Bear, it was an A-frame. In Big Sur, a Craftsman cabin. In all, Erin features 10 stops with backdrops ranging from the desert of Joshua Tree and the giant redwoods of the Mendocino Coast to the serene beaches of Santa Barbara, the mountains of Lake Tahoe and the stunning peaks of Yosemite National Park. With only culinary wanderlust as a guide, the point was to taste different things and capture flavors from restaurants, farms, wineries and ranches along the way. “It’s very much a personal journey of California,” Erin emphasizes. “It’s not meant to be all-encompassing, rather what we happened upon. And what we tasted informed the recipes that I made.”

For example, at a friend’s ranch near Santa Barbara, Erin’s family helped with the apricot harvest, which led to the creation of an apricot salsa. Visiting friends at Fly Girl Farm in Pescadero presented the opportunity for strawberry picking, and readers will find a strawberry caprese salad among the book’s 100 recipes. 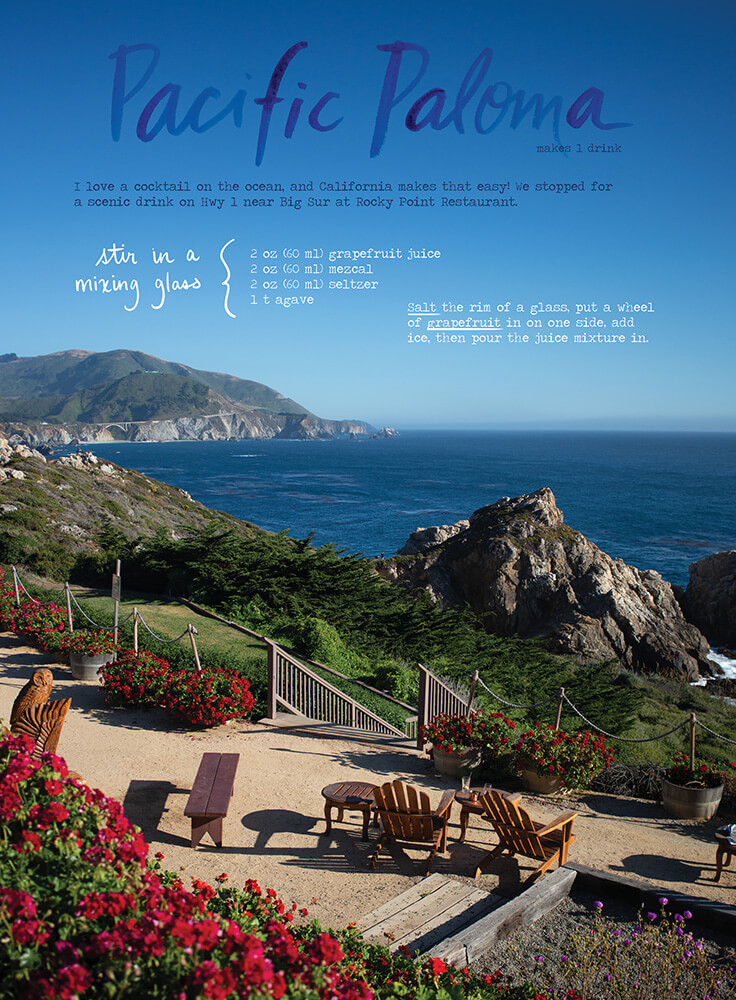 Erin followed up that initial 2019 long-haul trip with a series of shorter side trips, adding in newborn daughter Winnie. And then, between juggling homeschooling and an infant, Erin wove together her signature mix of atmospheric photography, watercolor illustrations and enticing (and easy) recipes. “I pretty much did my work at nap time and after the kids went to bed, between 8 and 11PM,” Erin recounts. “I’m just grateful that I get to do what I love—that I get to blend art and food in a way that feels meaningful for me.”

What’s next for The Forest Feast? Erin shares that she’s pitching a vegetarian cooking show and developing a line of branded products, including mugs, art prints and table linens. “I see it all as an extension of my books,” she explains. “I hope it will inspire people to be creative at home—and not only in the way that they cook.”

Plus, there’s so much more of California that Erin wants to explore. “It’s just so geographically and culturally diverse,” she observes, “and what I present is only the tip of the iceberg.” Keep reading for a sampling of Erin’s California road trip-inspired recipes.