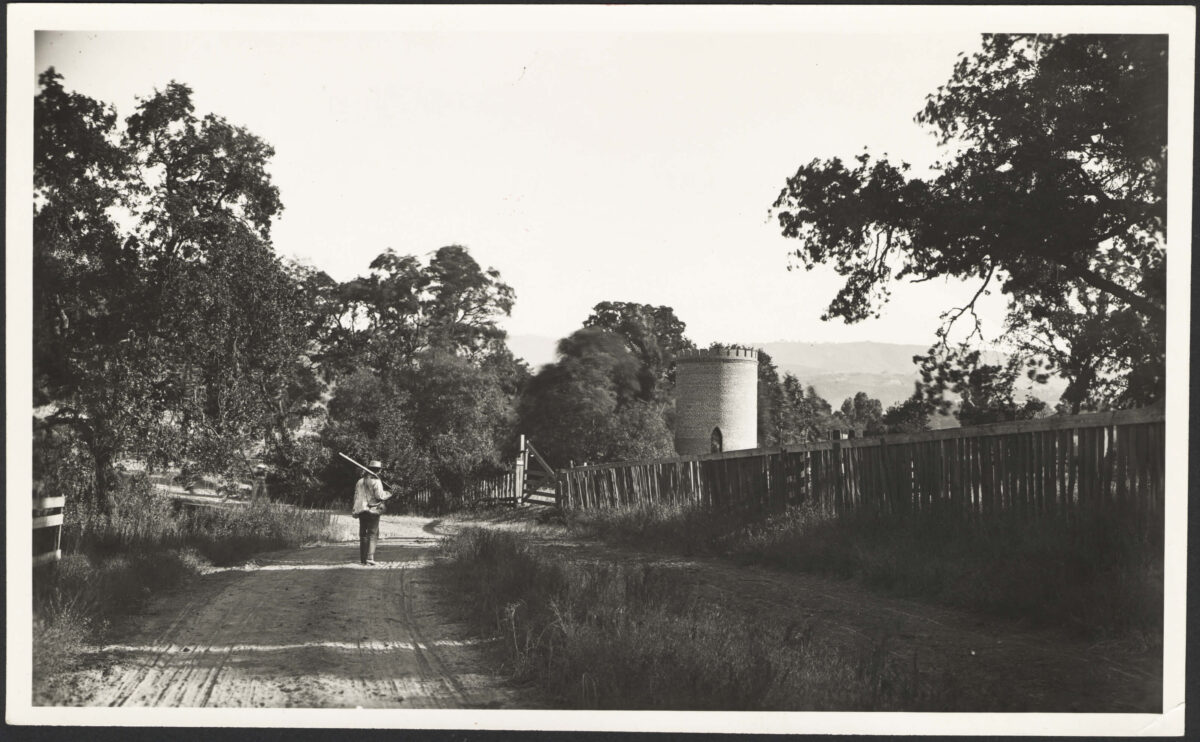 If you’ve traveled Old Page Mill Road between Foothill Expressway and I-280, you may have noticed an unusual Gothic red brick tower with a crenulated roof standing about five feet from the edge of the road. Known as Frenchman’s Tower, this 30-foot structure was built by a wealthy French politician named Jean Baptiste Paulin Caperon in the 1870s. Escaping a shift in political power, Caperon fled to California from France and purchased 1,242 acres of land in what is now Palo Alto under the name of his deceased cousin, Peter Coutts. On his new property, Caperon built a dairy farm, summer cottage and this rather mysterious tower. Was it a library? Perhaps a water irrigation system? Numerous rumors swirled about the purpose of the tower—ranging from an armory to prepare for an enemy attack to a place to keep Caperon’s insane wife since there is no door. A more conventional theory is that the tower served as a marker for the property boundary. After politics shifted back to his party’s favor, Caperon unexpectedly returned to France and sold the tower as well as the land to Leland Stanford, who founded Stanford University on the property in 1891. In 1969, the tower was designated as a California Site of Historical Interest. Today, the still-visually-riveting tower is covered with graffiti and carvings and surrounded by a chain-link fence.