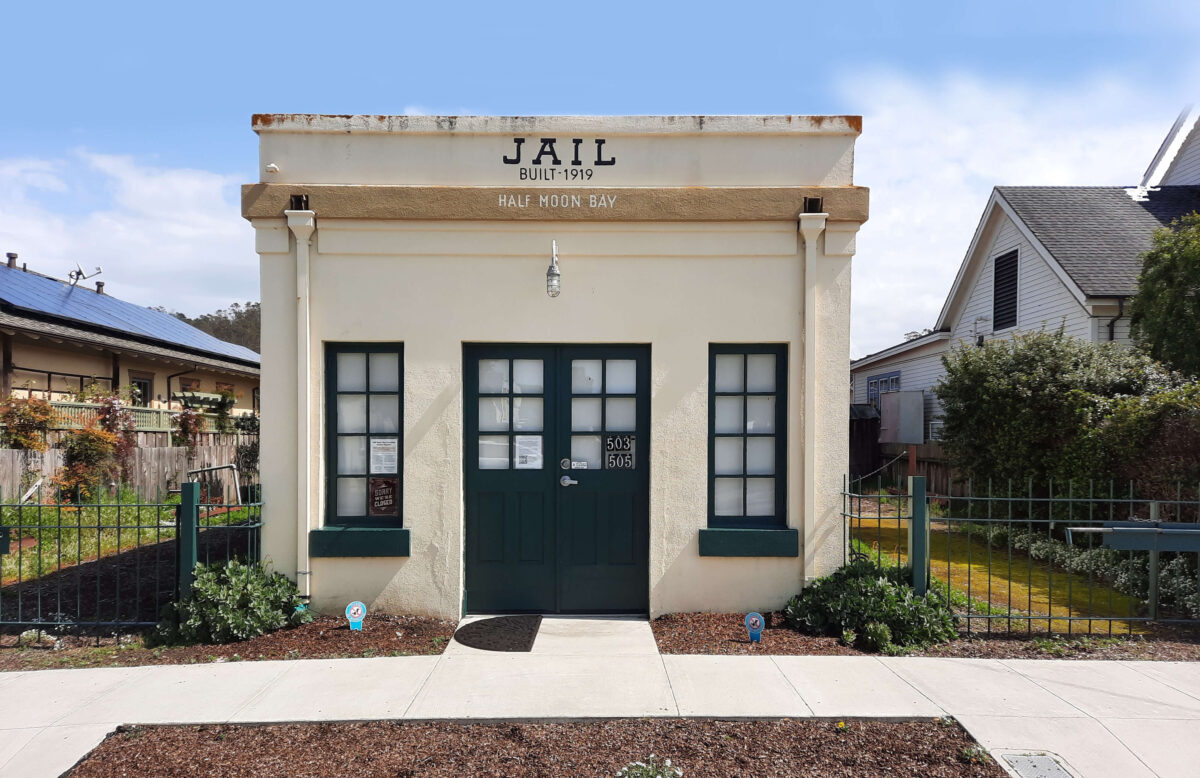 Coastside saloon patrons who over-imbibed on the whiskey might have found themselves sleeping it off in the Half Moon Bay Jail. Up until the late 1870s, Thomas Johnston ran a freight company on this site. John Higgins bought the land from Johnston’s estate and built a barn for the horses and wagons of his own freight line. In 1919, Higgins sold the property to San Mateo County, and the Board of Supervisors approved the location for a jail. The 500-square-foot concrete structure that was built served as a sheriff’s substation with two small holding cells. For most, the Johnston Street pokey was a short-term stay; serious offenders were transferred to the main courthouse in Redwood City. The last prisoners came through in the late ’60s and Half Moon Bay Jail locked up for good in 1967. San Mateo County transferred the property to the City of Half Moon Bay in 1986 to be used for historical purposes. In 2018, the Half Moon Bay History Association opened a small musuem in the jail to exhibit artifacts and educational materials about life in early Spanishtown/Half Moon Bay. The Association secured a 25-year lease and plans are now underway for the construction of a new museum in the historic Johnston garage (“barn”) structure behind the jail. By 2022, visitors can expect to find even more Coastside historical exhibits and displays. For additional details, check out halfmoonbayhistory.org