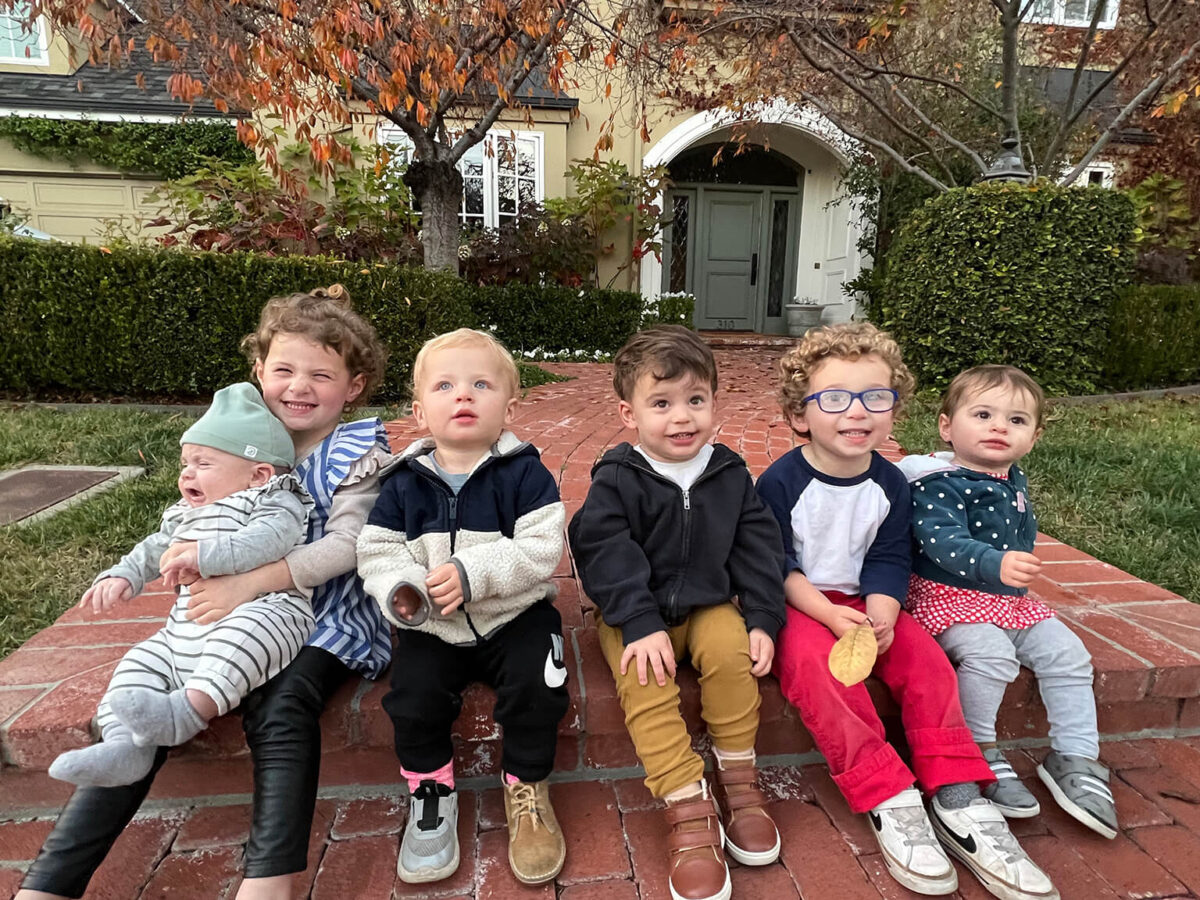 My family, except for our son who lives in Israel, was finally all getting together to light the candles on the last night of Hanukkah, the holiday of the miracle. It’s called that because 2,200 years ago, after the Maccabean Jews regained control of Jerusalem and rededicated the Temple, there was only enough oil for one night for lighting the Temple lamp and yet it lasted eight nights.

The 14 of us planned to assemble early on Sunday afternoon after my daughter Arielle, her husband Danny and their two sons (one a newborn) flew in from their home in Los Angeles. It was a day that I had been looking forward to, since I knew that this year the two older grandchildren, having recently turned three, were mature enough to have some understanding of what we were doing, be able to sing the prayers and songs and enjoy opening their presents.

While the clean-up is a bit onerous and falls to me, I love the absolute commotion of these get-togethers. My wife was smart and ordered a bouncy house for the backyard, since, with six grandchildren, it was definitely a party. One family after another arrived, the kids streaming inside to see their cousins, their aunts and uncles, their safta and saba. The house reverberated with the cacophony of voices, screams and singing.
The bouncy house was a big hit, and the kids spent close to an hour cascading off the sides of the air-filled play towers, the netted walls and each other. An occasional collision caused some momentary tears before the affected were quickly back into action. Except for the newborn, they all loved rolling around, shooting balls into the rubber hoop and jumping into each other.

When the sun went down around five, we calmed the children down a bit and prepared for the big event—lighting the candles. There was one Hanukkiah for each family, four in all. Thanks to my kids and their spouses, their children already have a good grasp of the prayers and songs that are all part of the lighting ceremony. Seeing all nine candles (one is used for lighting) brightly burning, the overhead lights turned off for effect, was a spectacular sight and a special spiritual moment for us all.

One of the challenges for little Jewish kids is learning the difference between birthday candles, which, of course, they get to blow out, and the candles for Shabbat and our holidays, which decidedly they do not get to blow out. So there is a moment of indecision for the children when their initial inclination is to blow and their parents have to yank them away so that the candles can burn down naturally.

Once this was done, it was time for presents. We are not really a “wrapping” family and each family—oldest child Josh and wife Adara going first—took their turn handing out their gifts. This meant, though, that each child received six or more exciting new things to pore over, from books to stuffed animals to Paw Patrol backpacks and Thomas train sets. Of course, it was too much, but there was great joy in seeing their happy faces. Then it was time for dinner, which, because no one wanted to take away time from the gettogether, we ordered in from a local restaurant. Lots of salmon, salad and fries. Of course, we had latkes and applesauce, and dreidels and gold chocolate coins were flying everywhere.

Late that afternoon, however, before the candle lighting, we had decided to go on a walk around the block, a good way to have the kids burn off even more of their unlimited energy and a pleasant way to enjoy the autumn coolness. As we readied for the walk, however, my daughter Talia realized that she had accidentally forgotten to bring shoes for her youngest child Levi. I suggested she search her car to see if there were any hidden away, and after rummaging around she found one right foot shoe, but only that single one. My kids are easygoing about such things, which I think is a wonderful trait, and Talia and her husband Sam were fine with little Levi riding in a wagon with no shoes.

“Just wait a minute,” I told them, and I ran upstairs to our attic and pulled out the first cardboard box resting there, full of old children’s clothes stored for some 25 years. I dumped the entire contents onto the floor, and there it was, one—and only one—little shoe, a left-footed boys desert boot that looked to be about the right size. I grabbed it and ran down to the front yard and placed it, Cinderella-like, onto Levi’s foot, where it fit perfectly.
It was a magical moment, one that could not be planned or ever duplicated. We all laughed hysterically and agreed wholeheartedly that this was the true Hanukkah miracle of 2021!