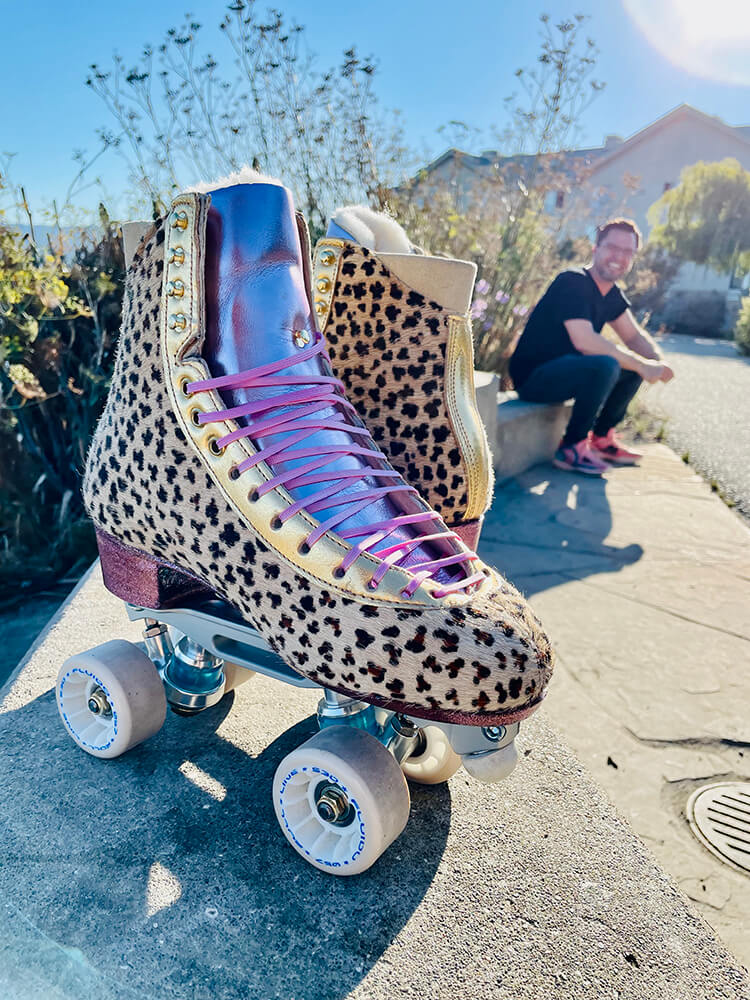 The magic happens in an unassuming San Carlos warehouse. At Harlick Skating Boots—a custom bootmaker celebrating its 90th anniversary in 2023—wearable works of art have been elevating the sport for nearly a century now.

The breathtaking quality of Harlick’s ice (and roller) skates leaves no guesswork as to why they’ve found their way onto the feet of movie stars and Olympians. “Everything’s overbuilt on them,” explains owner Jason Kuhn. Behind him, a row of sleek leather boots-in-the-making perch expectantly above a workbench.

Not just long-lasting, each pair is also highly personalized. When skaters visit, Jason (and his father before him) ushers guests onto the “Queen’s Throne”—a modest, but comfy, chair elevated on a little carpeted platform. The subsequent 30-minute fitting includes meticulous measurements, traced outlines and foot impressions. 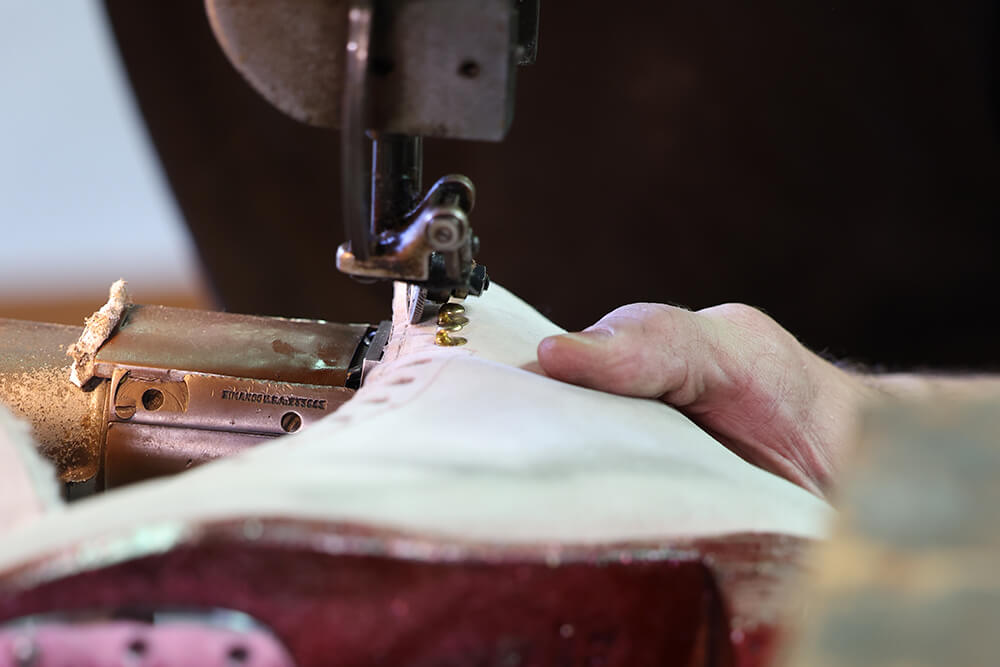 “When they’re sitting on the Queen’s Throne and I’m sitting there on my little shoemaker stool looking up at them, it’s very humbling, I tell ya,” Jason says with a warm smile. “You have to make this a selfless experience to make this the best experience for them. You put yourself in their shoes at every aspect of the fitting.”

In a world of ready-made clothing and mass-produced shoes, this labor-intensive process is highly unusual. “Not many people have custom footwear or even anything bespoke,” Jason observes. The crafting of a pair of Harlick skates—from leather room to made-to-order masterpiece—involves 20 hours and nearly two dozen machines.

As Jason relays the purpose of each piece of equipment, his fingers brush across industrial sanders and Singer sewing machines with the familiarity of over two decades working their levers, pedals and buttons. He knows all about the boot oven and the buffing wheel, the tongue press and the tender spot eradicator. Pausing before a McKay Stitcher, Jason taps a faded plaque: “This is the Model A—meaning it’s the first model!” Some of the tools of the trade in this room have been in use for well over half a century. 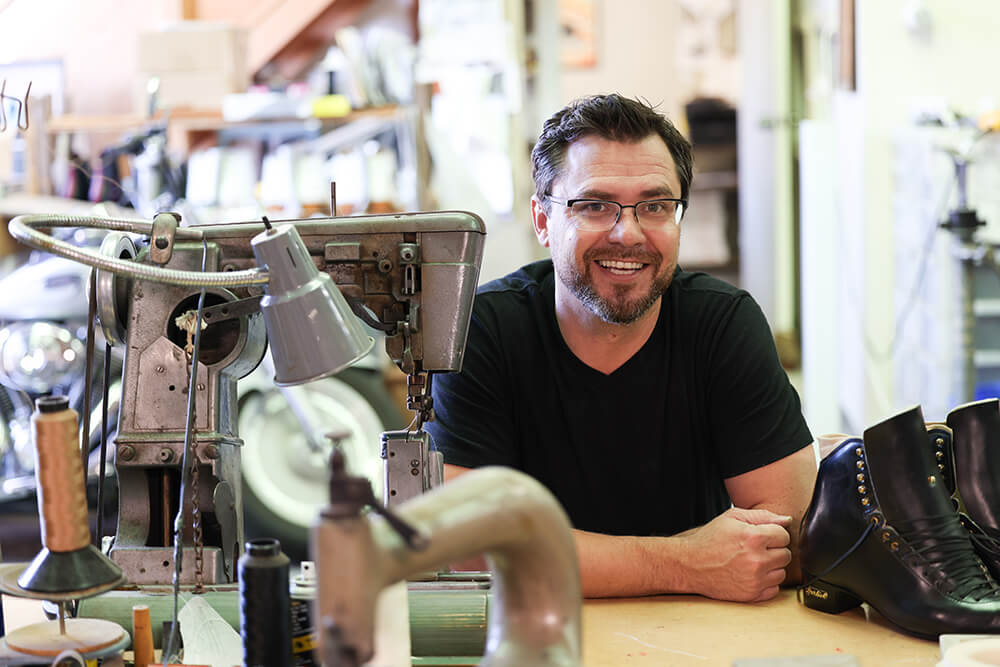 Jason himself hails from a long shoemaker lineage. “My great-grandfather’s dad moved from Scotland, and he had a shoemaking background. And his dad did. And his dad did. So I’m an eighth-generation cordwainer,” he shares, referring to the proper title of leather shoe makers.

Harlick came into Jason’s family after his great-grandparents Bob and Bonnie bought the business from Lou Harlick. In a twist of fate, the company’s founder specialized in equestrian boots and ballet slippers when he set up shop in 1933. However, his original store was above the office of The Ice Capades, and soon performers of the traveling ice show began venturing upstairs for skate fittings. “That’s where the niche kind of started,” Jason chuckles. 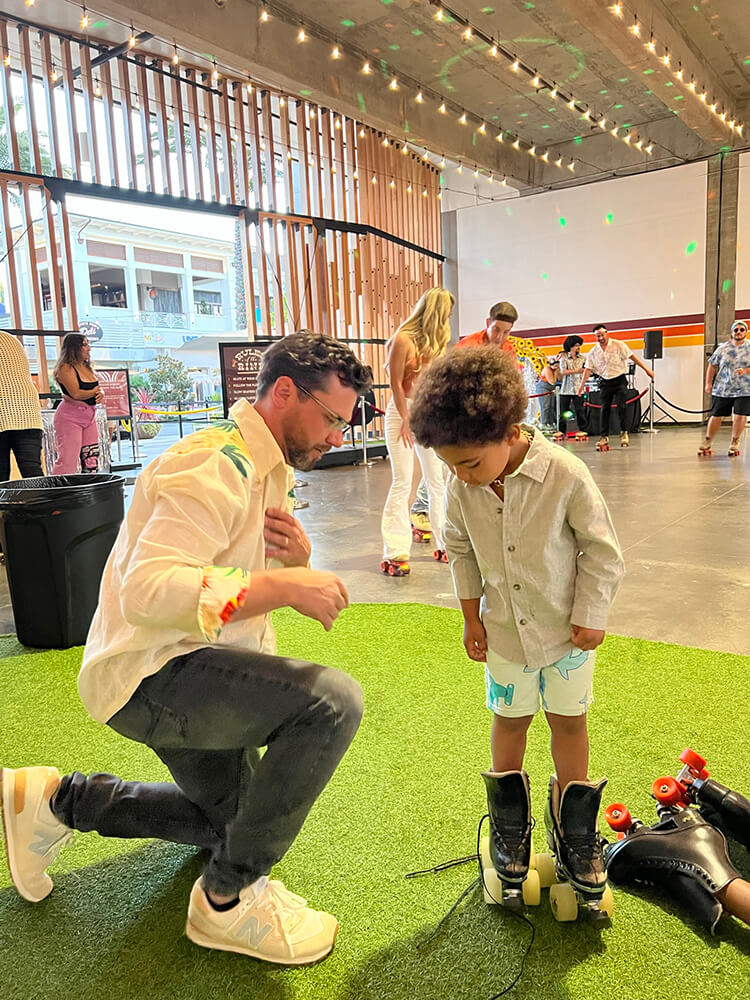 Jason laces up the skates of his youngest of five sons, Jalen

As Jason pauses beside the sole press machine, he makes a confession: He’s only been out on the ice three times in his life. “The third time I ever went ice skating was at Kristi Yamaguchi’s 25th anniversary gold medal celebration at Nazareth Ice Oasis San Mateo,” he recalls. “Her mom and sister told me, ‘You gotta get out there and skate!’”

“Let’s call Brian and see if he wants to put his two cents in,” Jason says, casually calling up the figure skating legend on his phone. The gold-medal Olympian answers on the second ring.

“They’ve given great quality through my career,” affirms Brian, who has ordered his skates here since he was a tween. “It’s hard to find products in this industry that are handmade.” He adds, “His dad used to make boots over and over again for me, and I’d say, ‘There’s something not right.’ So he’d start from scratch! The TLC man, I tell you, it’s the VIP treatment.” 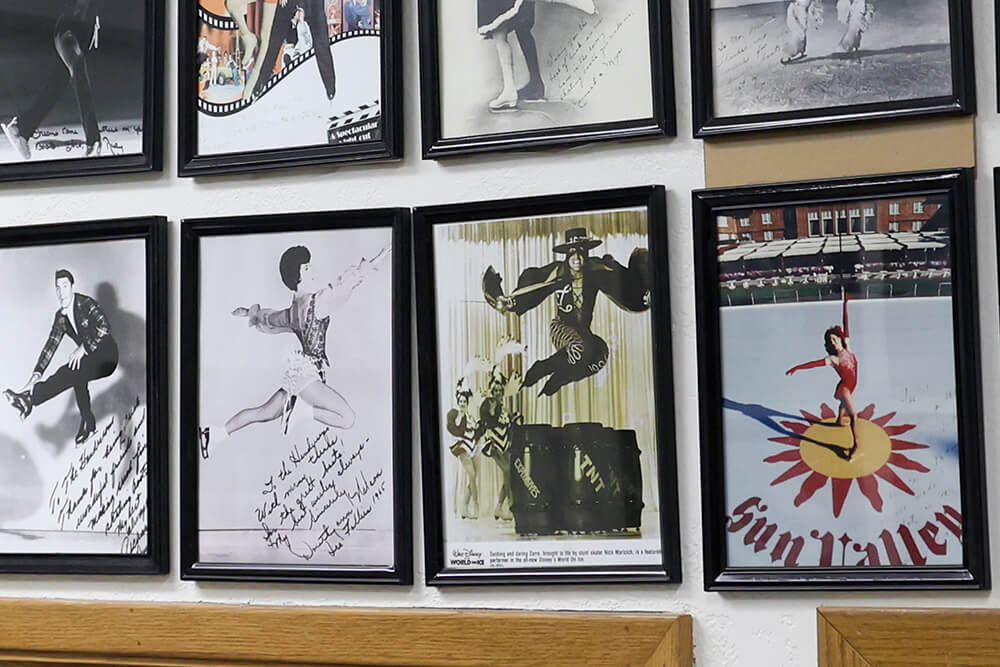 A pair of black leather Harlicks with American flags graced Brian’s feet during his electrifying 1988 win at Calgary. “They’re in the Smithsonian with my costume,” shares the athlete. By the time Jason hangs up, the two have planned a “skate date” to the San FranDisco roller rink for the following week.

Though its dedication to quality continues, Harlick has recently seen a shift. “We used to be 90% white ice skates,” Jason reflects—but that changed when he took over the business during the shelter-in-place. As stir-crazy people sought pandemic-friendly activities, they turned to roller skating. All of a sudden, this dated hobby regained traction. Determined not to lose Harlick’s edge as ice rinks began shutting down, Jason kept on his toes by rising to meet the new demand. He also started offering virtual fittings.

“If anything, we got busier!” he asserts. “If you didn’t pivot over COVID, you got left behind.” Soon, social media influencers started approaching Harlick. This new demographic wanted colorful skates to match their colorful personalities. Jason was more than happy to oblige. “You start to see these other creative individuals and you just gotta vibe with them,” he explains. He even made a pair for pop singer Pink to wear during live performances.

Jason still makes sleek boots in black, white and russet leather brown. But he also crafts ones in snake print and metallics with glittery soles. He’s detailed heels with everything from snowflakes to sunflowers, moons to manatees, doves to dinos. “They’re functional pieces of art,” notes Jason.
As Jason taps into his imaginative side, he’s embraced a playful nickname: the Boot Shaman. “When we’re going through the colors in the leather room, you kind of read their souls. But the soles of their feet, you know?… Oftentimes I’ll see it and I know, ‘Okay, this is you.’” 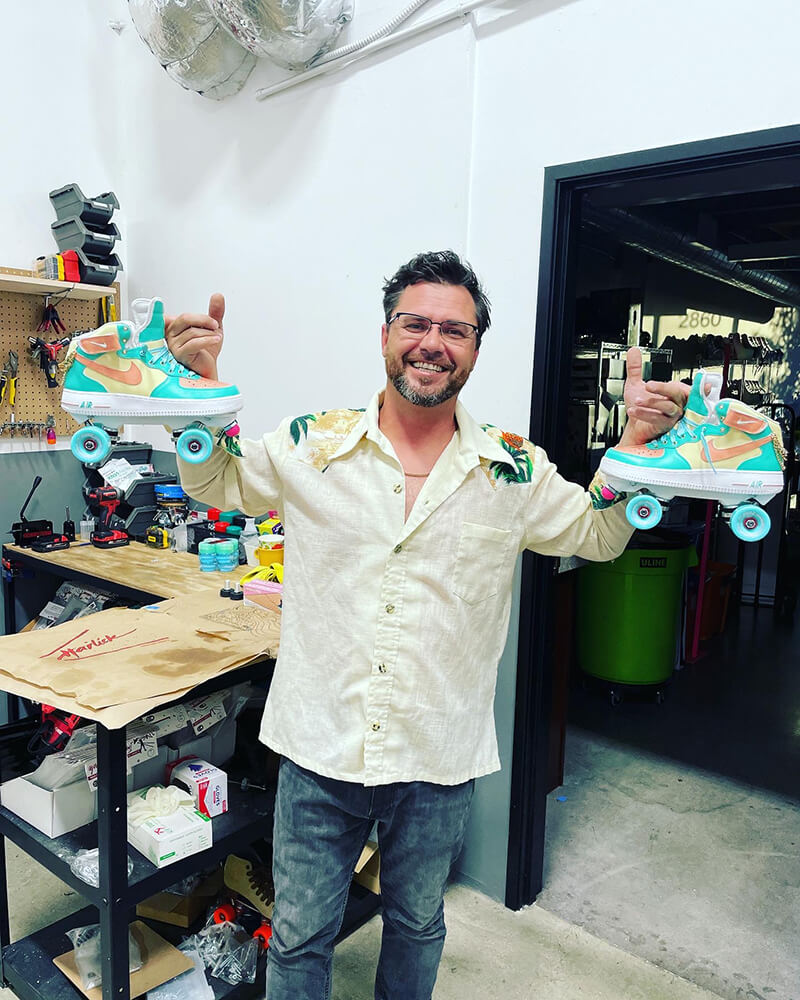 Actors are also big fans. Remember when Will Ferrell competes with Jon Heder as the first-ever male-male pair team in Blades of Glory? Ferrell sports Harlick skates during those scenes. So does Dwayne “The Rock” Johnson when causing mischief during an ice hockey game in Tooth Fairy. “He was a size 15,” Jason marvels.

Even so, they aren’t the biggest order Harlick has filled. That distinction goes to Dame Drummer, an R&B music producer and artist who came in at a size 17. “He wanted big ol’ giant purple ones with leopard print and his logo on the side,” Jason recalls.

He recounts when Michelle Trachtenberg (known for roles in Buffy the Vampire Slayer, Gossip Girl and Harriet the Spy) took the Queen’s Throne for her upcoming film Ice Princess. After the movie came out, Jason remembers the thrill of finding DVDs with Michelle in her competition outfit and custom Harlick skates at Blockbuster. “They would be four or five deep, and I would just spread them all the way across,” he chuckles. “‘Look everybody, look!’”

No matter how many super-athletes they equip to vault into the air in flawless triple axles, Harlick stays grounded. And whoever steps into the store is guaranteed the same royal treatment as the stars. “I’m just a humble bootmaker,” Jason stresses.