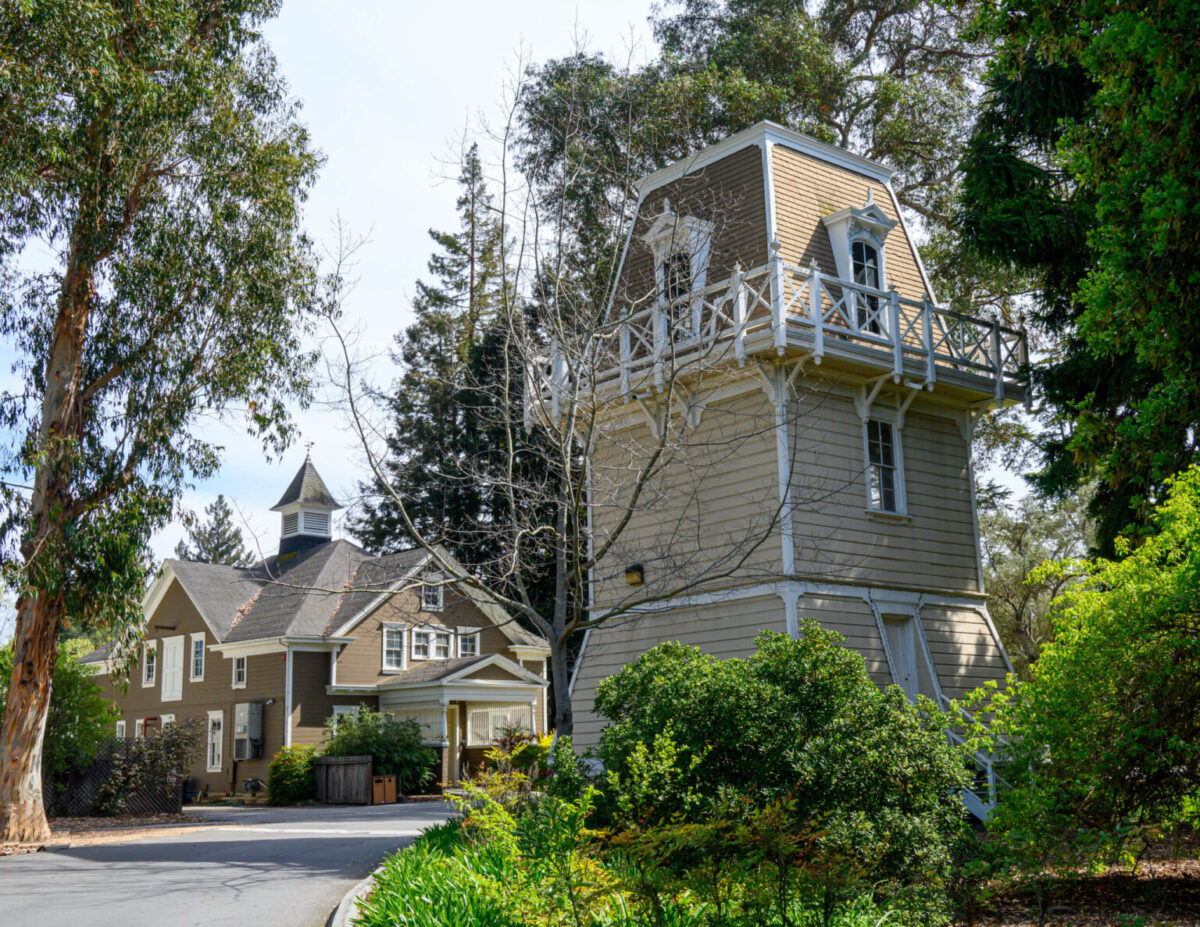 Once known for dozens of grand country estates, Atherton still provides a rare glimpse back at 19th-century rural life. Most of Atherton’s larger landholdings were sold and subdivided in the 20th century with the exception of the Holbrook Palmer Estate, which was converted into a public park. Originally called “Elmwood,” the property was developed as a summer home for wealthy hardware and mining supply store owner Charles C. Holbrook in the 1880s. Designed and constructed by architect Henry C. Macy, the buildings included a Second Empire-style main house, a similarly styled three-story Water Tower and a Colonial Revival-style Carriage House. Situated approximately 75 feet apart, the Water Tower and Carriage House are recognized today as rare surviving agricultural outbuildings in Atherton—uniquely designed in recognizable architectural styles rather than just for functional utility. Charles Holbrook and his family enjoyed the Elmwood estate for many years. In 1926, Olive Holbrook Palmer inherited the property, which continued to operate as a farm until the mid-1950s. When Holbrook Palmer passed away in 1958, she willed the estate to the city of Atherton for recreational use. In addition to appreciating the still-standing historic structures, Holbrook Palmer Park visitors also enjoy the use of sports fields, playgrounds, gardens, bocce ball courts, fountains, tennis courts and a pavilion.