Frank Shanahan never shied away from a challenge or goal. With a degree in engineering from Vallejo’s Maritime Academy, Frank quickly found his calling in sales and spent over a decade selling shipping parts to international corporations and outfitting large and small businesses with ventilation systems. But he always knew that one day he’d own his own business.

What he wouldn’t have guessed is that his business would be creating killer English muffins.

In April 2020, while sheltering in place, Frank was working from home, co-parenting his two small sons and supporting his wife who was working the front lines at El Camino Hospital.

“My wife is a labor and delivery nurse. While she was going into the hospital, doing her thing, I was keeping things going around the house and cooking a ton,” he recounts. “English muffins were on the list of foods to make, and the boys loved them. They stayed on the list, and every time I made them, I iterated to see how I could improve them.” 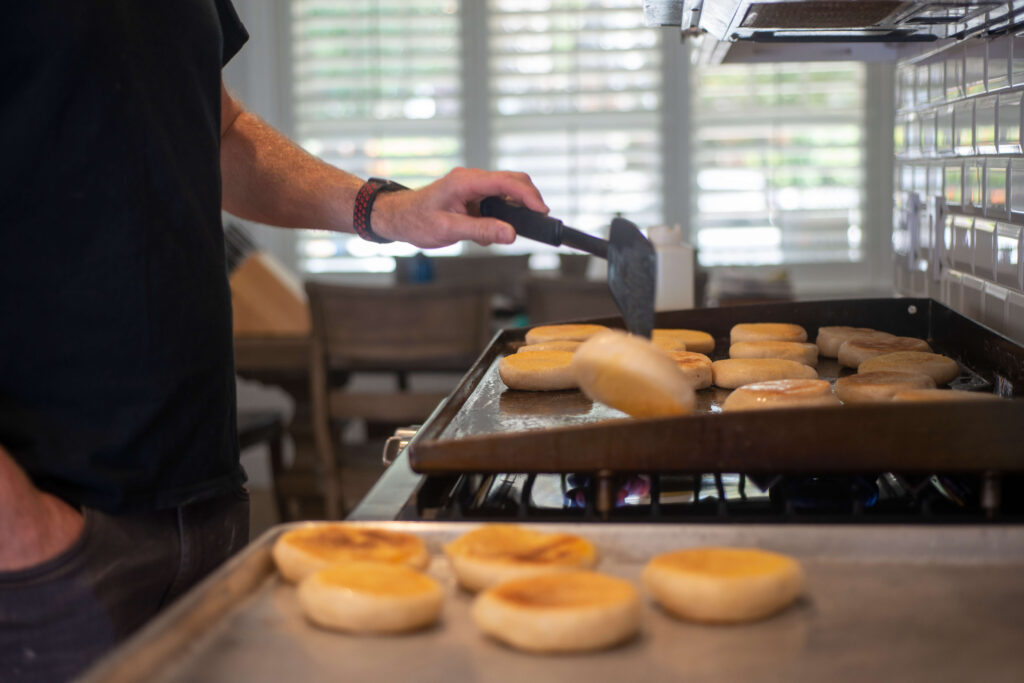 For the next several months, Frank rode out the pandemic with serendipitous moments that accelerated and then ultimately, helped him establish his business, Skillet Bakery.

Those moments include consultations with a cousin who had just completed a baking program and who educated him on the science of bread fermentation. He also sought feedback from an unexpected group of product testers.

“I knew that in order to really nail down the recipe, I needed to bake in quantities. It turns out that the nurses and staff at my wife’s hospital loved them and were serving them to their families,” he says. “The positive feedback that I got over those six months confirmed that I was on to something.”

Those nurses and staff weren’t the only ones who benefited from Frank’s recipe refinement. His muffins and meals also helped feed his fellow Redwood City residents. 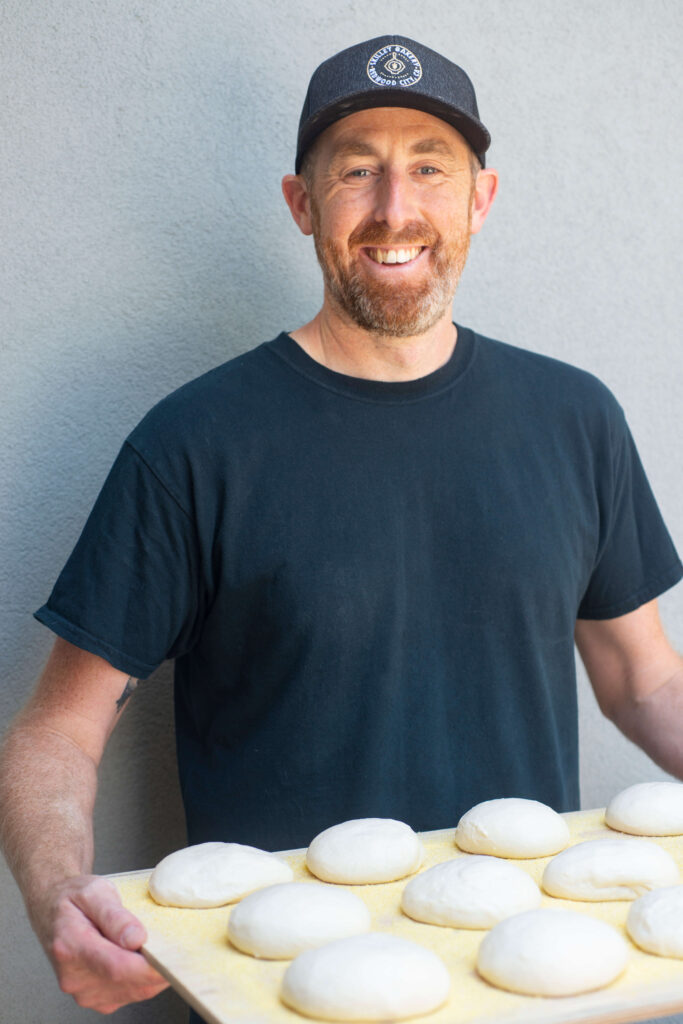 “I noticed a thread on Nextdoor about needing volunteers to cook meals for people who were left stranded after Meals on Wheels suspended their deliveries. I figured I was already cooking a lot anyway,” Frank says, “and it gave me something to do in the evenings when my wife was at work and the boys had gone to bed.”

By the end of 2020, Skillet Bakery’s proof of concept was proving to be a viable business, and Frank was able to put his newly earned MBA to the test.

“I always had a plan to start a business, to take something from A to Z and watch it grow,” he says. Not wanting to lose momentum, Frank finalized the company website, established an online ordering option and secured a spot at the San Carlos Farmers Market on Varian Street.

This past March, right around the time he debuted at the market, Frank began receiving some local press, which quickly amped up business to the point that he needed larger mixers to increase efficiency and quality control in his home kitchen. 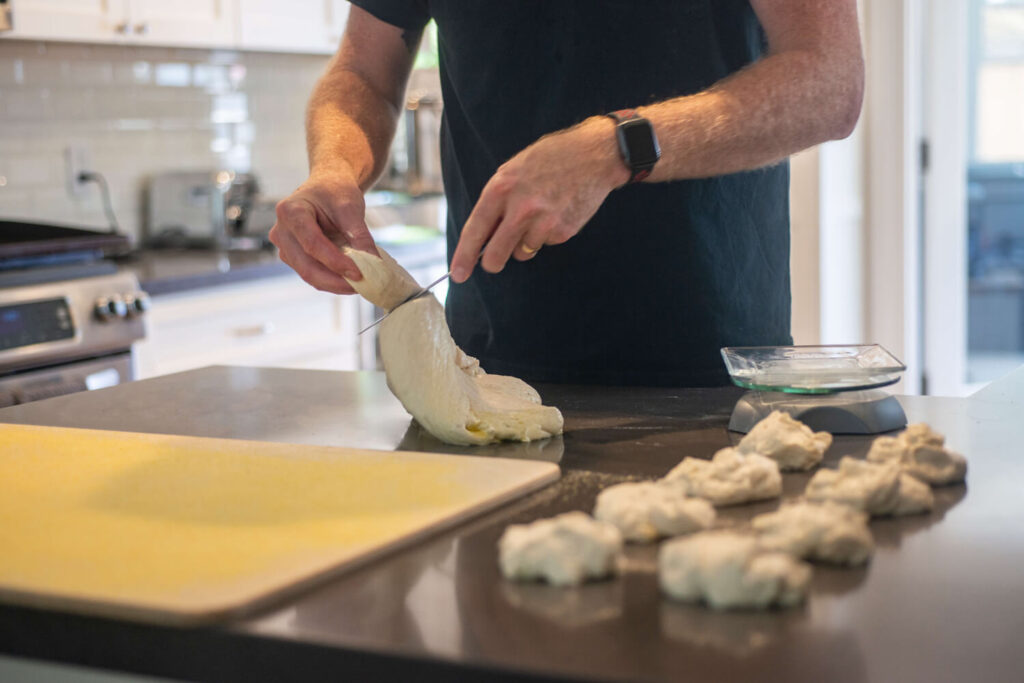 Production increased so much that Frank needed to order flour in large quantities. He turned to Petaluma’s Central Milling for guidance and test samples.

“They have so many high-protein flours, and I sampled quite a few to find my perfect blend. Different ratios of wheat in each flour affect things like a product’s crust or interior,” he says.

Frank attributes Skillet Bakery’s growth to a mix of relentless inquisitiveness and a never-ending desire to iterate and grow. “I feel confident that I understand the mechanics of selling at the market,” he says. “Now I have some time to explore my options regarding scaling and diversifying flavors.” 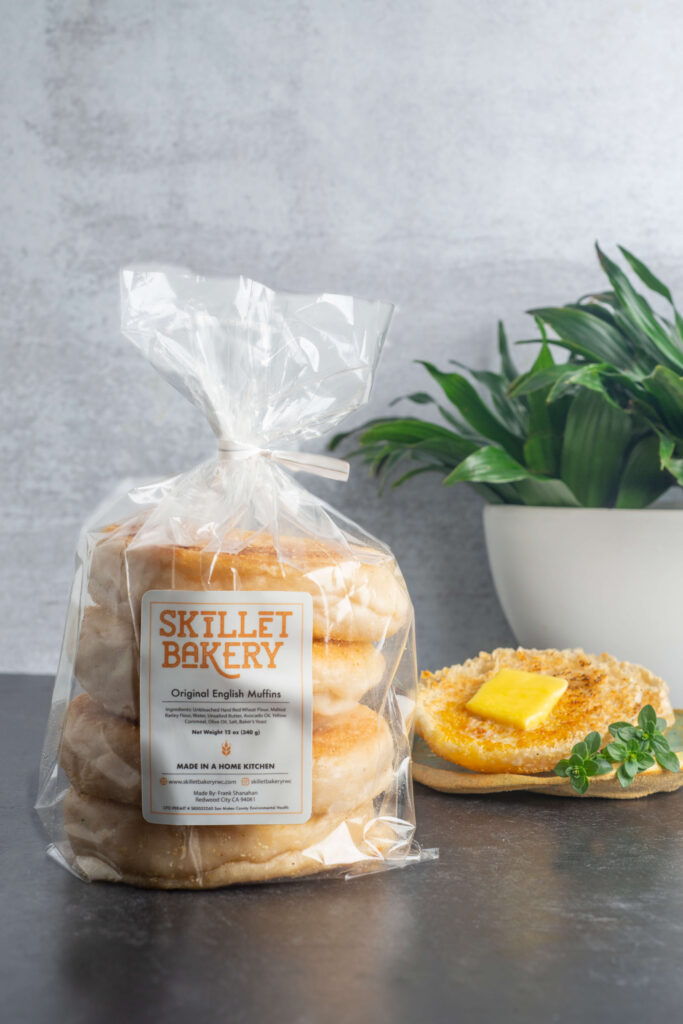 Frank’s English muffins taste nothing like the common supermarket variety. They are substantial, yet fluffy, flavorful, chewy and buttery. These clouds of carbs are labor-intensive, from the mixing and kneading of the dough to the 24-hour-plus cold fermentation, shaping, proofing and finally cooking on a stovetop skillet.

Fermentation can be fickle. Frank describes his trade secret as letting that fermentation process alter the starter to just the right stage of sourness. “And then folding the starter into a new dough gives that unique flavor that a lot of people have come to love,” Frank notes with a smile.