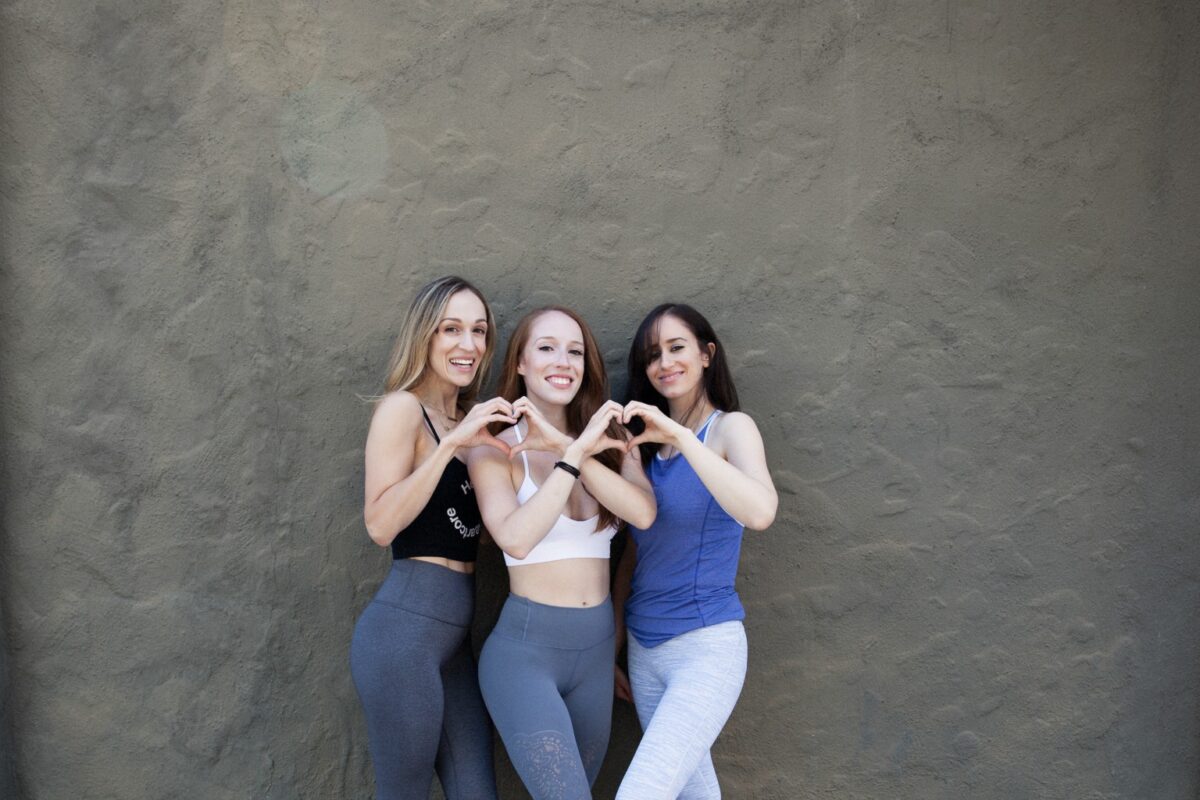 The morning after your first Heartcore fitness class, a gratification email arrives with general information about booking future classes along with some gentle reassurance:

“You might be thinking the first class was good, but also hard,” the email reads. “It’s completely normal to feel confused or overwhelmed [following] your first time on the Megaformer.”

It’s fitting that the Megaformer machine is so quickly called out. After all, by the time you receive this next-day email, various muscles in the thigh and abdomen region of your body, muscles often unprovoked, have become pleasantly sore, the desired aftereffect of a core well rocked.

The 40-minute Heartcore workout, a unique exercise inspired by Pilates and created by three sisters from San Mateo, is built around the Megaformer. (Or, rather, your body gets built by the Megaformer.)

It’s a ten-foot, 250-pound instrument that uses springs and pulleys to create tension and resistance to help chisel your core as you conduct movements such as lunges and planks. The machine is bookended by two stabilizers and gliding between them is a flat fitness carriage. When you’re in the midst of holding a long plank, gasping, this black-padded board with side handles might resemble a scoop stretcher used to cart people away in an emergency.

“I had a client tell me she had to be in the same mindset as giving birth,” Heartcore co-founder Chrissy Scannell says. “Everything is done slowly and controlled. Your muscles will burn. It gets you shaking. It’s not necessarily about the calories you burn but about the quality of the movements.” 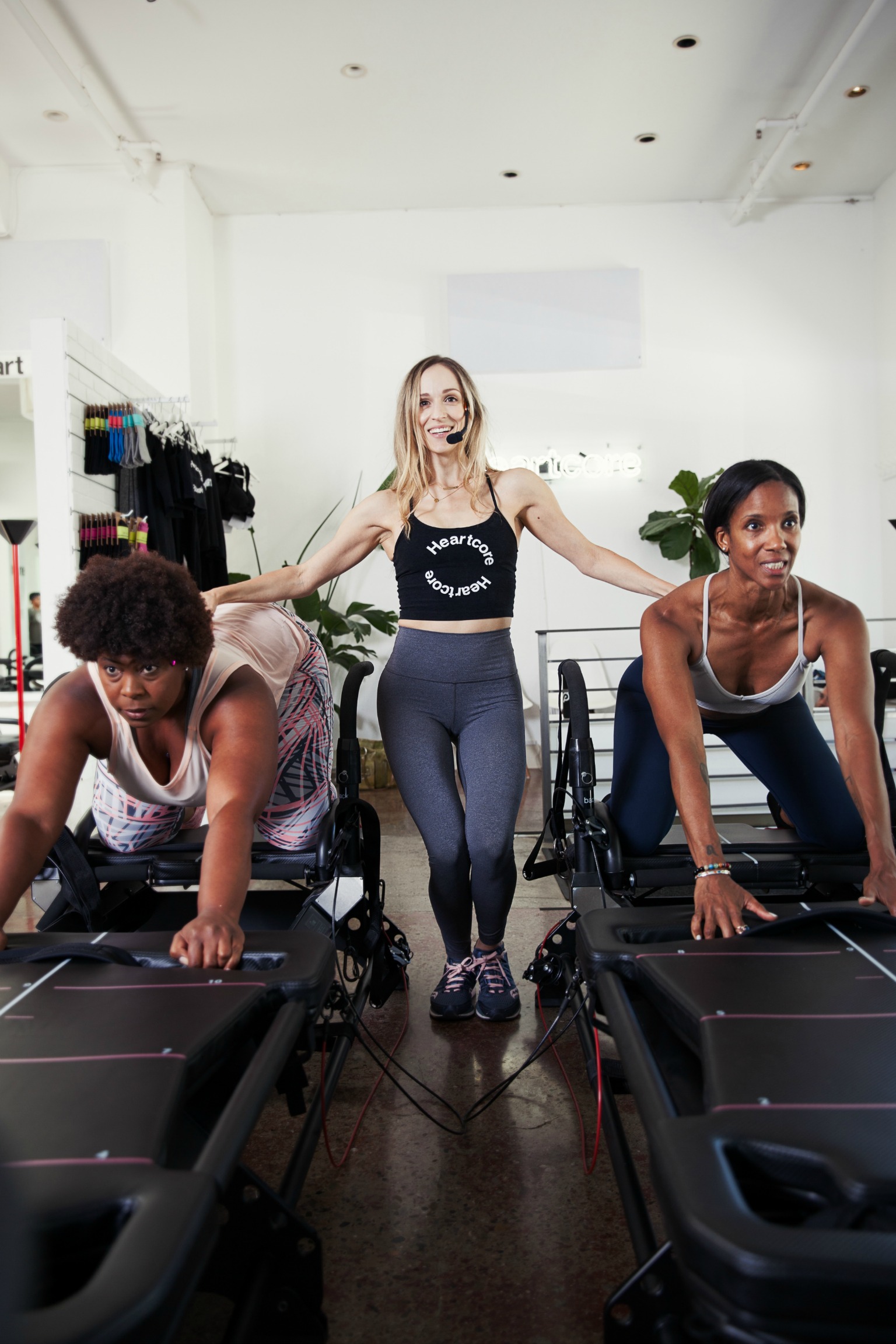 During a recent Tuesday late-afternoon class in Menlo Park, instructor Toran McGill leads the day’s routine with heartfelt vigor. Every day comes with a new routine personally created by the studio’s sibling founders: Alisa, Valerie and Chrissy Scannell, who are constantly adjusting their signature workout that blends Pilates with strength training and HIIT (high-intensity interval training).

No class exceeds ten people in order to allow instructors to float their focus onto each participant frequently. Toran has everybody’s name down, especially the newbies, and tosses quips and words of encouragement throughout the hustle. The participants are from here on referred to, endearingly, as “heartbreakers.” The majority of the class are women—ranging from teen to middle-aged—but one male Baby Boomer is present and fully engaging his core.

The first 20 minutes may glide by with ease but pretty soon that left leg in lunge starts to feel the resistance. While holding a stretch move for somewhere between 20 seconds or what could feel like an eternity, your muscles may uncontrollably quiver in place. That’s how you know it’s working.

“Yes! I love to see shaking,” Toran says through her headset microphone, stopwatch in hand, as pump-up jams courtesy of Beyoncé and J Balvin beat on. (A neon sign in rose cursive gleaming “Love at first shake” is on a nearby wall.)

Although the workout itself is 40 minutes, it’s not unusual to spend a full hour at Heartcore—ten minutes before and ten after to socialize with the cheerful community that the Scannell sisters have attracted to their three studios in Menlo Park, Redwood City and San Mateo. This dedication to promoting such an ambiance is visible even in the “Please keep this door closed” sign above the doorknob, cut into the shape of a pink heart.

“The world is going through such a dark time right now; I want this to be a place where people can walk in and feel a connection,” Alisa says. “We foster an environment where people want to talk to each other. Every person who walks in this studio is your brother or sister.” 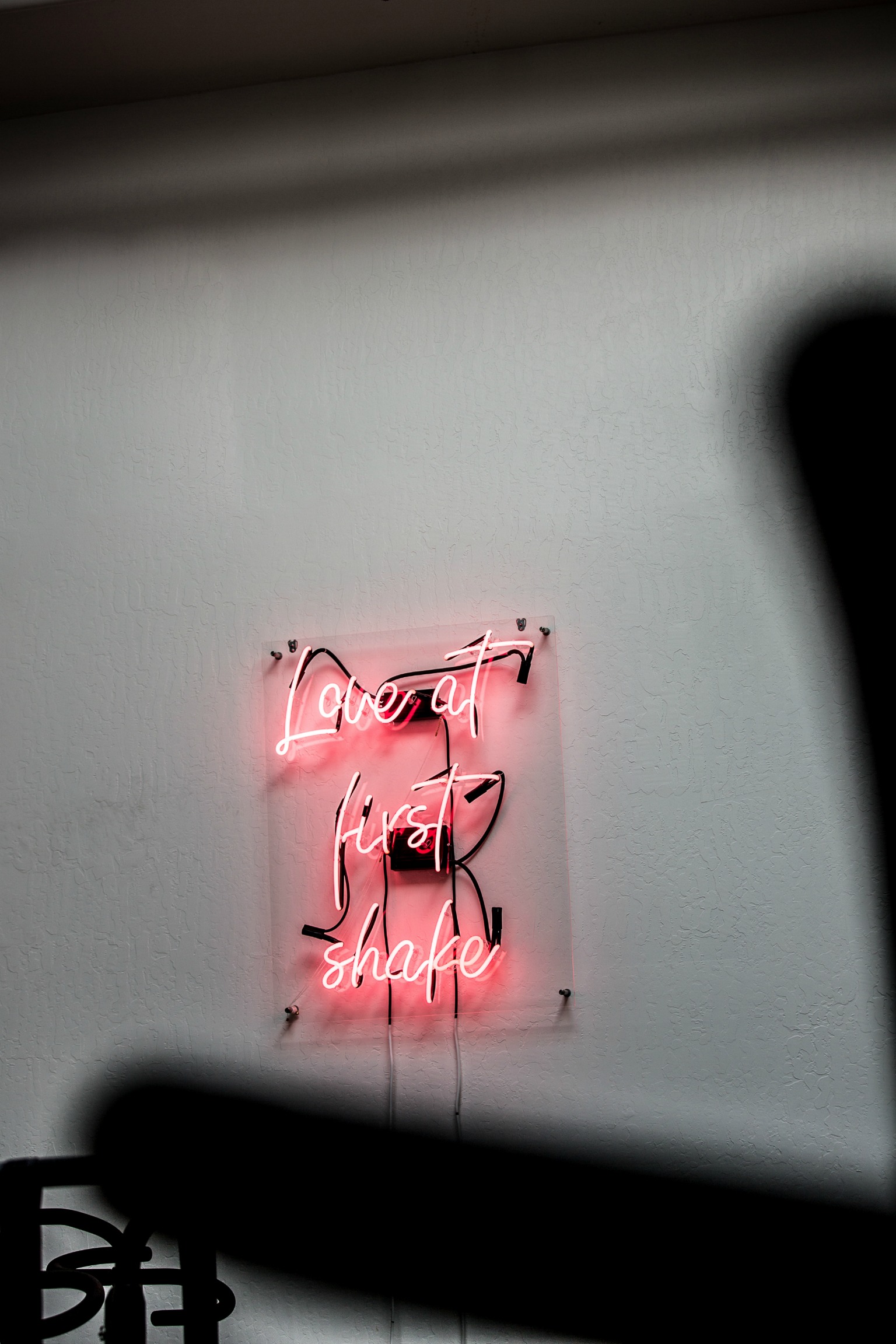 “The magic is in the before and after of each class,” Chrissy continues. “This is a place of love and connection. We’re sisters; it’s all about being together.”

Heartcore materialized five years ago through the individual strengths of each sister. Alisa, the eldest of the three, was the first to envision the concept. She has a background in Crossfit and SoulCycle but following an injury, she was seeking a workout that was equally intense and effective but with low impact on the body.

After graduating from USC, Alisa was working a sales job for a solar company on the Peninsula when she visited a client in Pacifica. He was also into fitness and they got to chatting about the Megaformer, a little-known machine Alisa remembered seeing in Los Angeles. He encouraged her to open a studio and on the drive home over the hill, the idea clicked into place.

“I told our dad that this is going to blow up in the Bay Area and we should do it now,” she says.

Alisa enlisted her sister Val, a graduate of Santa Clara University who was interested in the business aspect of the venture (she’s responsible for trademarking Heartcore’s various expressions such as “Love at first shake”) and their youngest sister Chrissy, who had just finished studying human biology at Stanford.Entrepreneurship was in the trio’s DNA, especially considering their local upbringing.

“We all went to Montessori school where we made our own things, like shoes from toilet paper rolls,” Chrissy says. “It wasn’t so foreign to us to have an idea and then go do it. At the end of the day, we are from the Peninsula.”

They opened their first studio in 2014 in Redwood City, followed by the Menlo Park location two years ago before adding their San Mateo studio earlier this year. They’ve already outgrown their current Menlo Park location and expect to relocate to new premises at 1158 Chestnut Street in downtown Menlo Park in October. 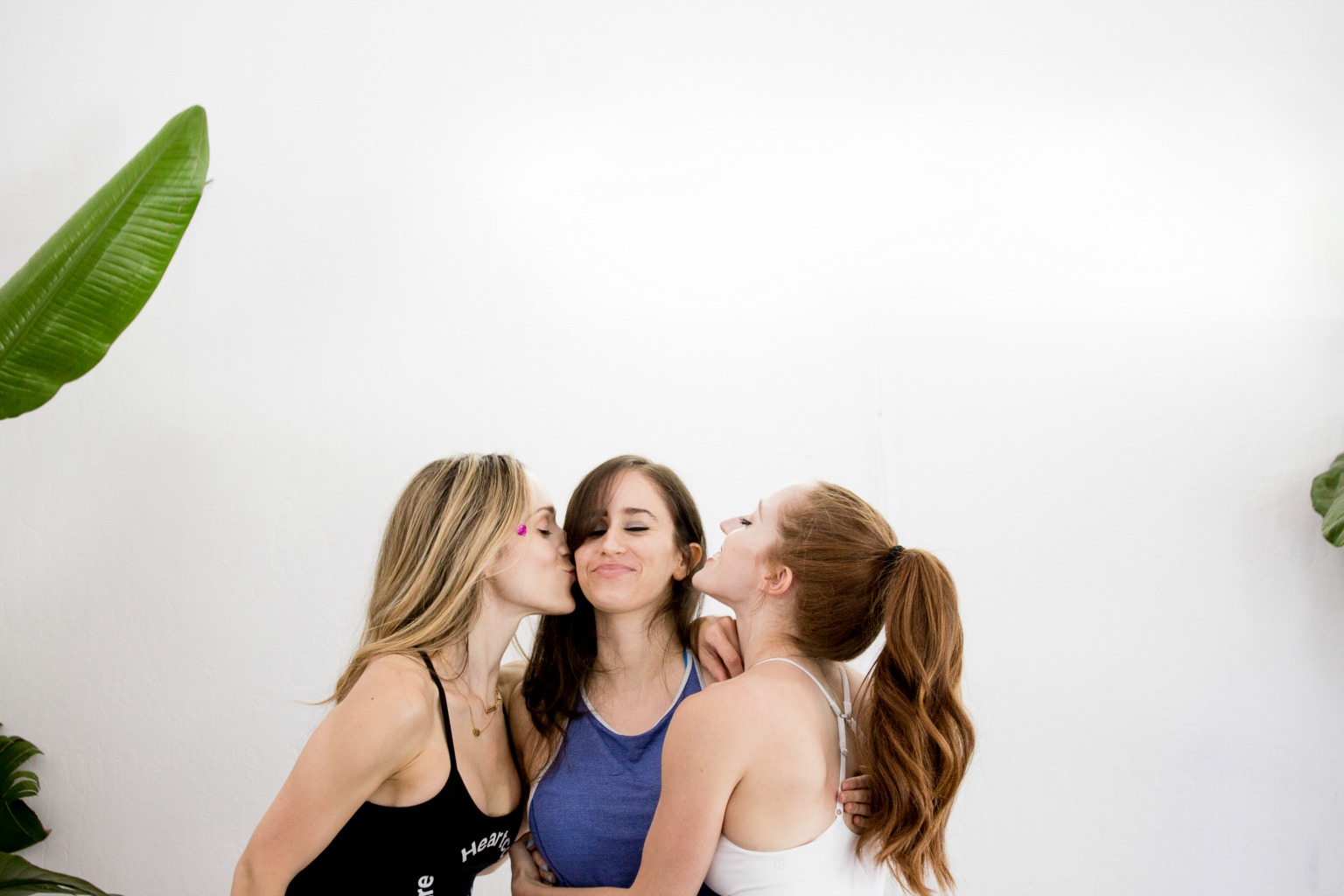 The positive response to Heartcore has allowed the sisters to hire 24 instructors and offer several classes in the morning and afternoon every day. Part of their success lies in their attention to detail; the email sent out after an inaugural class also includes a feedback section. Critique, they believe, is the way grow.

Like the bodies that pass through the front door, the Scannell sisters are constantly refining Heartcore to be in its best shape possible.