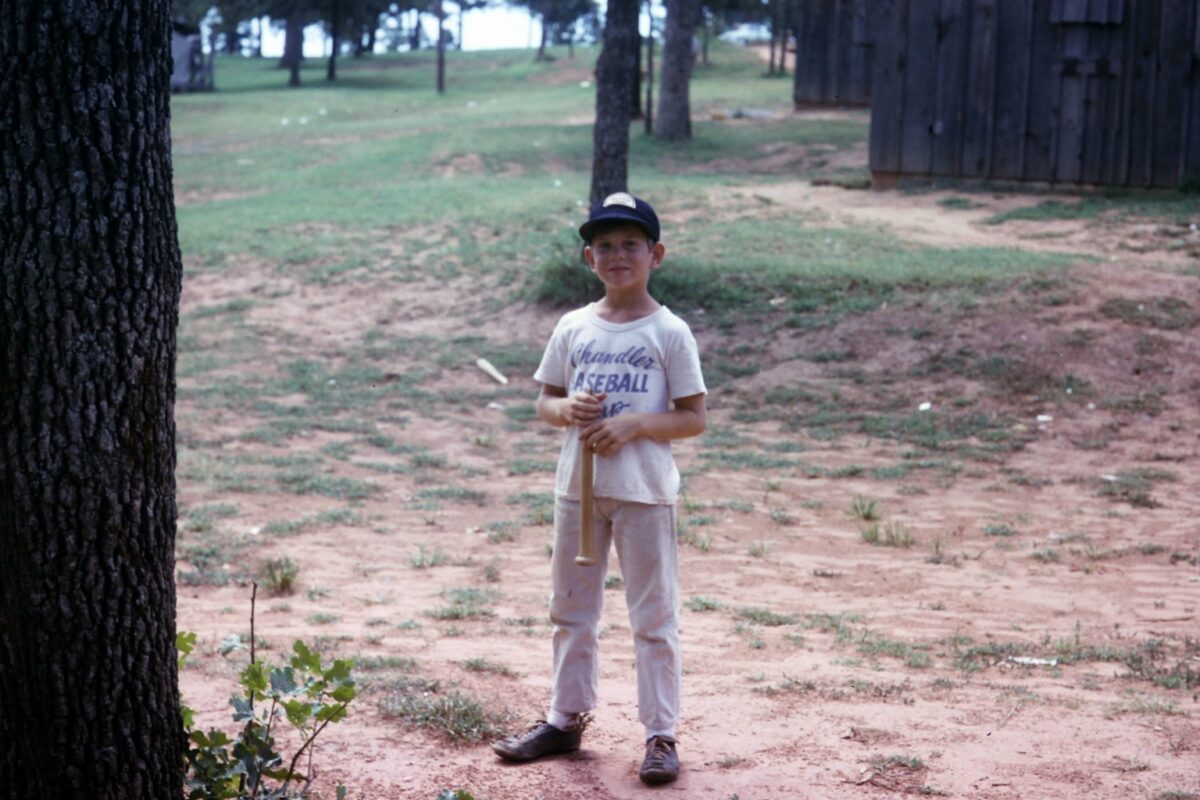 It’s almost time for the World Series, and even though the Giants aren’t playing, I’ll be watching. The Series—like all other major events today—doesn’t command the attention it once did since our lives are so divided and consumed with the technological world we live in. But for me, there is something pure and wonderful about the Series, something that hearkens back to my childhood but also acts as a welcome escape from the vicissitudes of my current life.

When I was a boy growing up in Amarillo, Texas, there were two things I loved: baseball and baseball. I was lucky to have a wonderful big brother—Danny—five years my senior who somehow, since our European-born father knew nothing about baseball, was a terrific ball player, always the star of his team.

Danny was thrilled to have a little brother to play catch with and by the time I was three we spent hour after hour on our large, grassy front lawn, throwing the ball back and forth. Our German shepherd, Tamby, would run back and forth between us, a strong encouragement for us not to drop the ball since he would swoop down in a heartbeat, grab it and run off.

By the time I was five, Danny was teaching me all aspects of the game: going from side to side for a ground ball; keeping my butt down and my glove open; and reaching back to feed the apple before making the throw to nail the batter before he reached first base. I loved those summer Texas evenings out in front, Danny and I, playing like we were starring in the World Series, screaming at each other, our voices drowned out by the stretching, pulsating cicadas that filled the big elm trees of our neighborhood.

When I was eight years old, I discovered nirvana at Chandler Baseball Camp in the steaming hot land of central Oklahoma. From morning to night, we played ball. In the heat, we learned how to slide; how to bunt; how to dive with our outstretched gloves to make the big play. Since I was small and fast, I discovered that the bunt worked to my advantage and it became my specialty. To this day, there is still nothing I appreciate as much as watching a perfectly executed bunt softly glide down the chalk line toward third base.

Amarillo had the Gold Sox, a minor league team in the Double A Texas League. But when I was six, Texas got its first major league team, the Colt .45s, who played in Houston in the National League. In their first year they were far behind the league champion San Francisco Giants, who just nudged out the dreaded Dodgers. After Danny and I came in from playing ball, I would run up to our room, get on my prized transistor radio, and listen to the play-by-play of the games. Though we usually lost, I rooted for them just the same. They were my team after all. Their current name, the
Astros, was adopted three years later to reflect Houston’s role as the control center of the U.S. space program.

Last year, after 55 years of futility, with me rooting them on year after year after year, the Astros won their first World Series. I thrilled at their victory. But after living on the Peninsula my entire adult life, I also had come to love the Giants, cheering for them year after year with my four children, going to games, meeting several of the players and team leaders, even living a few blocks from Willie Mays. At my core I wondered, was it the Giants or the Astros? If they faced each other in the World Series, who would I be pulling for?

Last month, I got my answer when the Astros came to the play the Giants. My older son, Josh, and I went to the first game of the series on a clear Monday night—freezing as ever in that stadium—to watch them compete. It was a pitchers’ duel, with no one able to string hits together to score a run. Then, in the sixth inning, when my favorite player, Brendon Crawford, came up to bat, I said to Josh, “This is it. The run. He’s hitting it over the fence.” And damned if he didn’t. Without thinking about it for a second, I jumped up cheering with the rest of the 40,000 fans there that night. And then in the ninth inning, my heart sank when the Astros blasted a three-run homer to win the game.

But that settled it; I knew. Despite 55 years of root, root, rooting for the home team Astros, I was a confirmed forever-forward Giants fan. They are my team. As much as I grew up with the Astros, just like giving up the hometown girl for the one you fell for in college, I was now in love with the Peninsula’s team, our team. Go Giants!