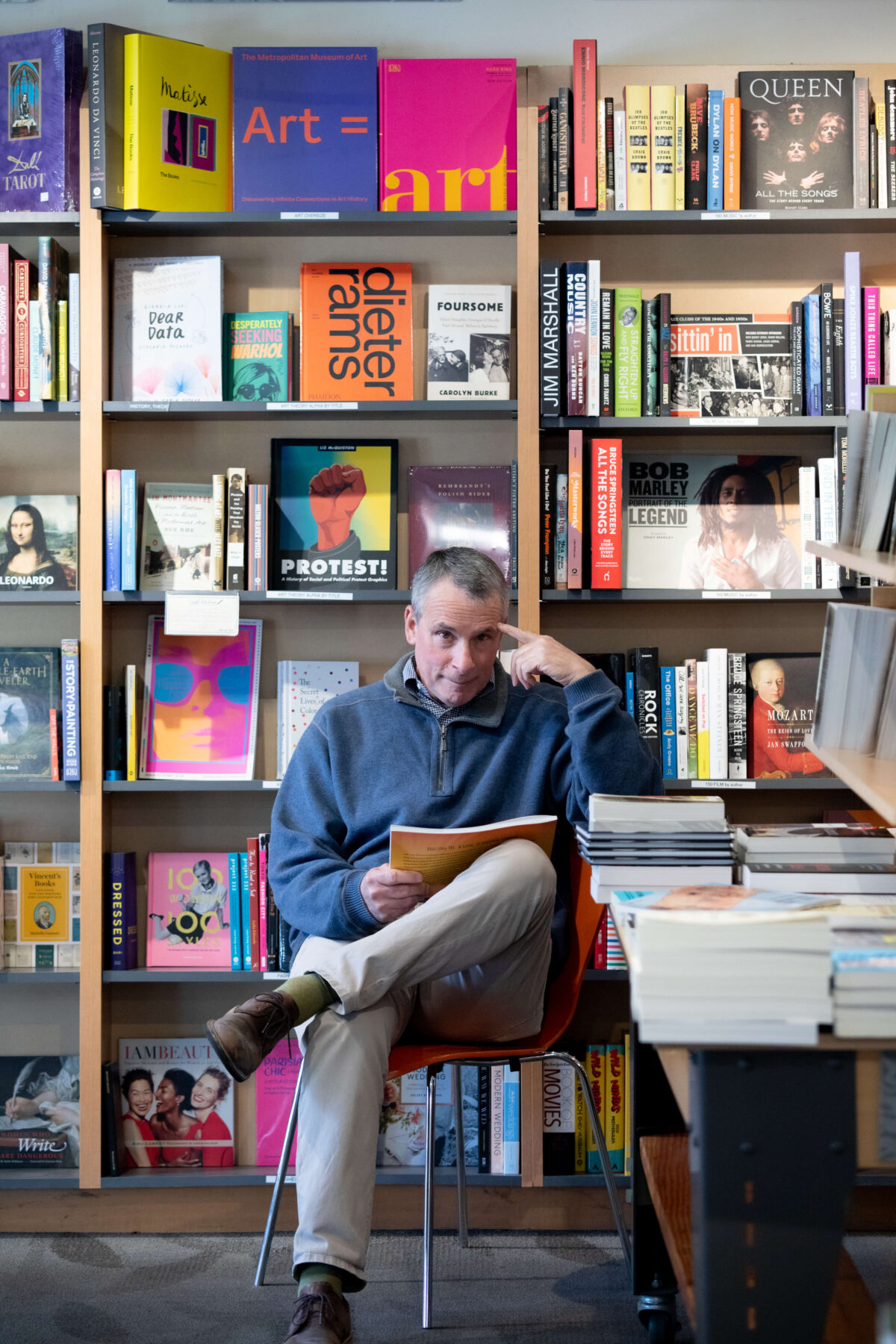 Walk into the lobby of SD Mayer & Associates in San Francisco and you’ll be greeted by John F. Kennedy, Walt Disney, Muhammed Ali and even the Beatles. Bigger-than-life photos of 15 historical role models surround visitors with inspirational quotes and stories. “A life is not important except in the impact it has on other lives,” observes Jackie Robinson. “Anyone who has never made a mistake has never tried anything new,” Albert Einstein asserts. “You cannot fail, if you resolutely determine that you will not,” counsels Abraham Lincoln.

This motivational meet-up with iconic figures is a window into the mindset of founder and managing partner Stephen Mayer. “I have all of their sayings in my head,” explains Steve. “They’re a great source of common sense and wisdom.”

That internal soundtrack of stirring words keeps Steve on task as an author, entrepreneur, restaurateur, volunteer and Books Inc. owner, while maintaining his day job running an accounting and wealth management firm. “I never quit,” he says. “I just don’t know what it means and I can’t imagine quitting anything.”

Steve’s attitude is the wind in the sails that propels Books Inc. to continue serving the community as one of the few independent bookstores left on the Peninsula. A San Mateo resident for over 25 years, Steve has a passion that extends beyond just selling books—he aspires to promote literacy and engage readers of all ages.

Stories are the thread through Steve’s own life that have motivated him to dream big and do the right thing. “I am inspired by people making a difference,” he relates. An author himself, he has recently written a collection of narratives tapped from history and his own life: The Toughest Guy I Ever Knew and Other Short Stories, along with two other books passing on his financial expertise.

Early in Steve’s career, a mentor advised him to “plant palm trees,” couched as a reminder to embrace the long-term view. Steve took the suggestion seriously. “I was asked, ‘Have you ever sat under a palm tree?’” Steve recalls, before adding the follow-up query, “‘Do you think the guy who planted the seed ever sat under it?’ You have to do these things and they last a long time.”

This aphorism must have been on Steve’s mind when he met with Lew Lengfeld, the owner of Books Inc. since 1946. With origins dating back to a small Shasta City bookshop in 1851, Books Inc. had evolved into a sprawling chain and Steve could see that Lew needed help. ”I showed up at his warehouse and Lew was wearing pajamas, a tie and smoking a cigar,” remembers Steve. “I said to Lew, ‘You have more books in the warehouse than in the stores. We have to close the warehouse and get the books in the stores.’” Steve partnered with Lew to save the business and consolidate locations. “We moved from big shopping centers to neighborhoods and got very involved in the community,” he says, citing the nearly 1,000 author events staged every year.

When asked why he continues to operate bookstores, Steve explains that it’s not about money. “What happens when everyone buys everything online and shops at the big stores and the neighborhoods become nothing like they used to be?” he questions. “When I go into Books Inc. and see a young mother and father picking out books and grandparents reading books to kids, it just makes sense.” 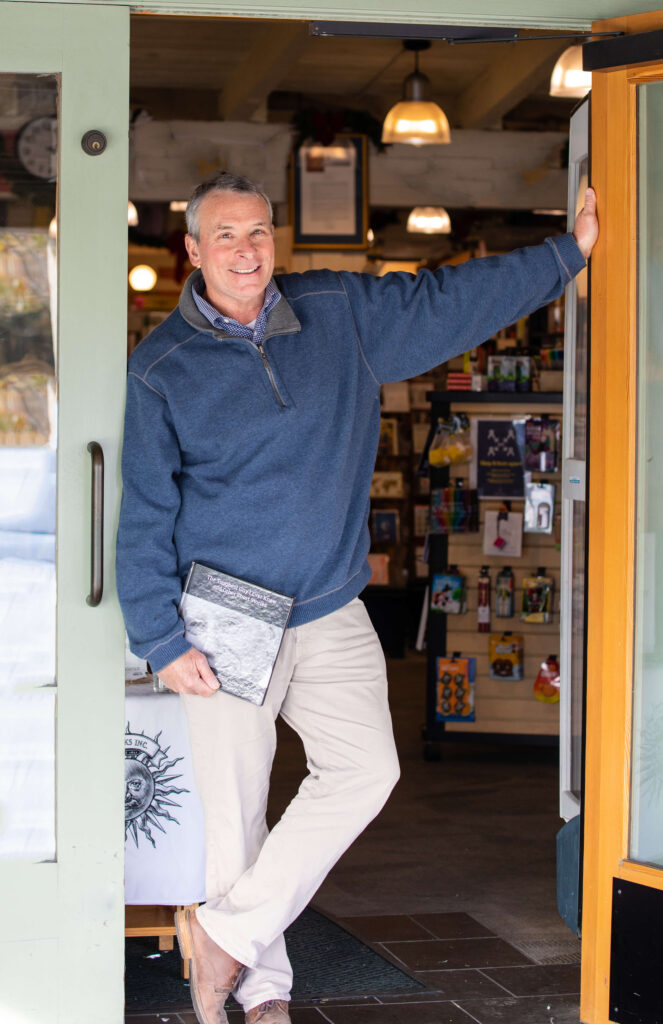 Growing up in San Francisco with three siblings, Steve recounts how everyone in his family had summer jobs—washing cars, mowing lawns, delivering newspapers—working from eighth grade through high school. As a student at Archbishop Riordan High School, he remembers walking into the gym and encountering large bold letters stenciled on the wall: “A winner never quits, a quitter never wins.” The quote stuck with him and he strives to exemplify the sentiment. Case in point, he recently opened Scott’s Chowder House in San Jose despite the current challenges facing the restaurant industry.

Steve’s strong work ethic persisted through college at UC Berkeley where he helped pay for school by working the midnight shift at UPS. He kept at the full-time work and school routine as a young CPA, also earning his MBA from Cal. “I obviously didn’t sleep much,” he acknowledges.

In his book, The Toughest Guy I Ever Knew, Steve weaves together lessons about business and life. Including selections about legends such as Vince Lombardi, Steve Jobs, Johnny Cash and Rosa Parks, he also shares advice gleaned from his father David Mayer, a veteran and San Francisco police officer who inspired the title of the book. Steve recalls many family dinners with his father in uniform while on a break from walking his neighborhood beat. Another chapter describes the night Steve played high school football alongside Bill Blanchard, who was tragically paralyzed in the game. The principal’s advice that what matters most is not what you do for Bill in the next few weeks but over the long haul became a call to action for Steve. As a result, he stuck by Bill’s side until his recent passing.

Taking his initiative further, Steve hopes to make an impact by promoting free financial literacy in schools through his foundation, 5 Buckets 4 Shovels. The foundation is named after Steve’s book 5 Buckets, 4 Shovels, a Beach and a Map, a practical guide in which he gives simple tools and advice for achieving financial security. In another recent book, he targets financial literacy for the younger generation. “People would tell me they wish they had a book to give them basics of personal finance when they were in high school,” says Steve. He answered the call with Adulting 101: A Guide to Personal Finance, which covers everything from getting a car loan to investing in stocks and creating a budget.

Steve credits his wife Patty and three grown children, Dylan, Kenzie and Nicola, with providing support for his many endeavors. In their San Mateo neighborhood, the Mayer house is known for the most elaborate Christmas light display every year and the family applies the same enthusiasm to local schools, nonprofits and sports teams. When Steve made the difficult decision to leave the CPA firm he founded to start his next company, he compounded the challenge by training for an Ironman Triathlon at the same time. Training up to 30 hours a week and working full-time, he began to doubt he could complete the event. It was Patty who convinced him that he had trained hard enough and he pushed himself to cross the finish line.

After proving his Ironman mettle at 60, Steve doesn’t plan to do another Ironman—although he might consider a half. He continues his annual backpacking trips in the
Sierra, which he has done for the last 45 years, having traversed 3,500 miles over 375 nights. Moreover, his internal moral compass continues to guide him successfully through any bumps and curves on life’s trail. With a nod to former UCLA basketball coach John Wooden, he can’t resist sharing a final influential quote. “What’s important is what you do when no one is watching,” he imparts with a smile.