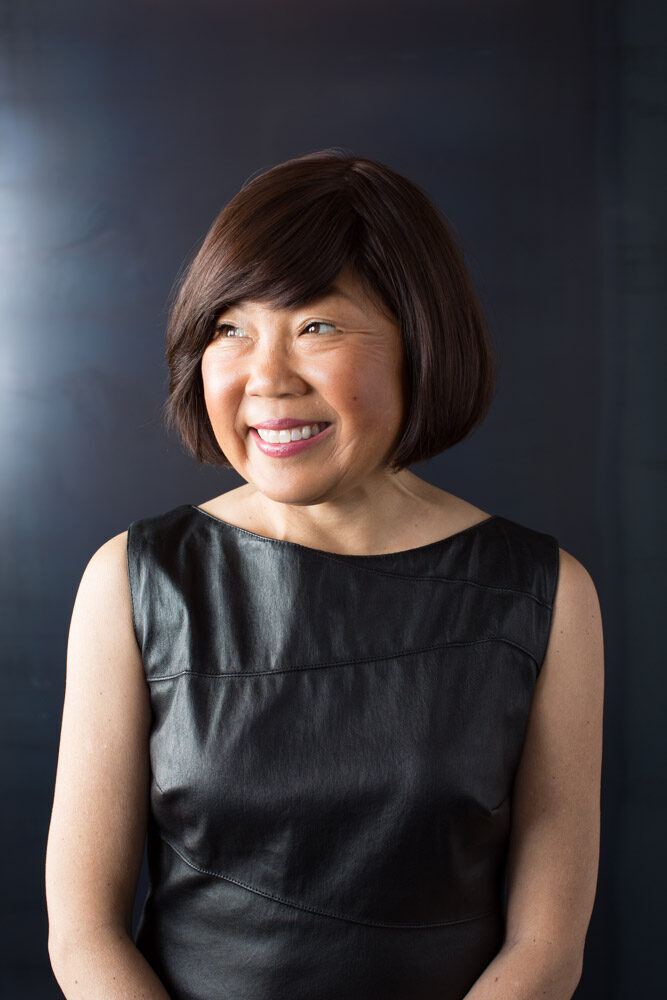 With all the speculation that goes into what actually happens behind closed doors at behemoth tech companies – from drone testing to #metoo moments and everything in between – it’s a treat to get a peek inside from someone whose actually been there. Enter Anna Yen.

Yen’s new novel, Sophia of Silicon Valley, is semi-autobiographical. The novel is fictionalized for a number of reasons, including the desire to have some creative license to weave into an entertaining yet impactful story. The characters and experiences are inspired by Anna’s real life at some of the largest companies in tech, investor relations and marketing.

Yen was born slightly south of the true Peninsula in Saratoga, but moved to Woodside as a teen and spent most of her life here since. Read on to see how Yen soaks up all the exciting energy for work and life she feels on the Peninsula. Read Sophia, on the other hand, to see how she substantively adds to the current social discussion about corporate ethics and responsibility at the same time she charms your pants off.

What has the local response been to the book?

If you read the Amazon or Goodreads reviews, the response overall has been quite positive. There are certainly some haters out there who claim that I couldn’t possibly live in Silicon Valley or criticize me for being insensitive to the Powell-Jobs family, but in fact part of the point of the book was to show the very human sides of these iconic people who changed the world. Many folks who inspired the book or know the characters who inspired the book have said I nailed it on the head and that it’s actually very accurate.

If the book does well, will you stop working in tech?

I currently work at an Investor Relations (IR) firm and I also just supported the Dropbox IPO.

No, I will not stop working in tech! I have always had a full-time job and love being in the midst of all the innovation that is happening. The buzz and energy of startup world fuels me – I suppose I am an adrenaline junkie! I wrote the book while I had a full-time job and it came out of me fairly quickly. Honestly, I wrote it as if I was just having drinks with a girlfriend.

What does YOUR Peninsula look like? What are your favorite things to do here? Go-to restaurants, activities?

I tried to move away from the Peninsula twice – once to Seattle (with Amazon) and another time all the way to Ireland (also for work). Both times, I came running home. I feel there is an energy on the Peninsula that is exhausting but in a good way. Silicon Valley is a place for vibrant people who are always brainstorming and moving forward.

I have so many favorite places but I have to say, Blue Line Pizza takes the cake…or should I say pie. It happens to be my sister’s restaurant, but I am not just biased… it is delicious!

I tend to be outside a lot – I love Lincoln Park in Los Altos – it’s at Foothill Expressway and Edith.

Ellen Pao became a household name after her landmark discrimination lawsuit against Kleiner Perkins and now running Project Include to help with diversity efforts in tech. You are a woman of color. Were you trying to make a social statement with Sophia’s character and/or were you cognizant of how you represented Sophia because she is a woman of color?

Traditional upbringing was an important part of the story because my culture was much of what shaped me and helped me not only professionally but through the challenges of life in general. I wasn’t trying to make a social statement but I do like to think that my representation of Sophia makes some contribution towards breaking down Asian stereotypes.

I grew up as a Chinese kid in a super white suburb. Growing up, I actually hated being Chinese but now I realize that all the things that I hated about that growing up are the same things that have made me successful now. (Things like lacking a real filter, being so hardworking, etc.)

What’s are the biggest similarities and differences between working as a writer and working in tech?

Well, the similarity is that in both jobs, my role is storytelling. My duty in investor relations is to talk about positioning.

The difference is being behind the scenes vs. being front and center. I have to say that I prefer the former. I actually considers myself very shy!

So many of the people and companies in your book seem to have real-life doppelgängers. Were you worried that readers would focus more on teasing out what’s fact and what’s fiction than on Sophia’s story?

I really didn’t try to hide the people that served as the inspiration behind these characters.

When I worked at Pixar, I described the character as wearing a black turtleneck. Same obvious description goes for my time at Tesla.

And look, I don’t bash these men. My goal was to show that there are many sides to these people – and all people.

Name someone on the Peninsula who shaped you greatly:

No matter how busy you are, what do you always make time for?

My family (including my dog). Also, my hip hop classes at Groovitude in Palo Alto.

What’s the favorite piece in your closet?

A very old pair of Ralph Lauren black pumps that are sexy yet walkable.

What is the lesson you value the most: