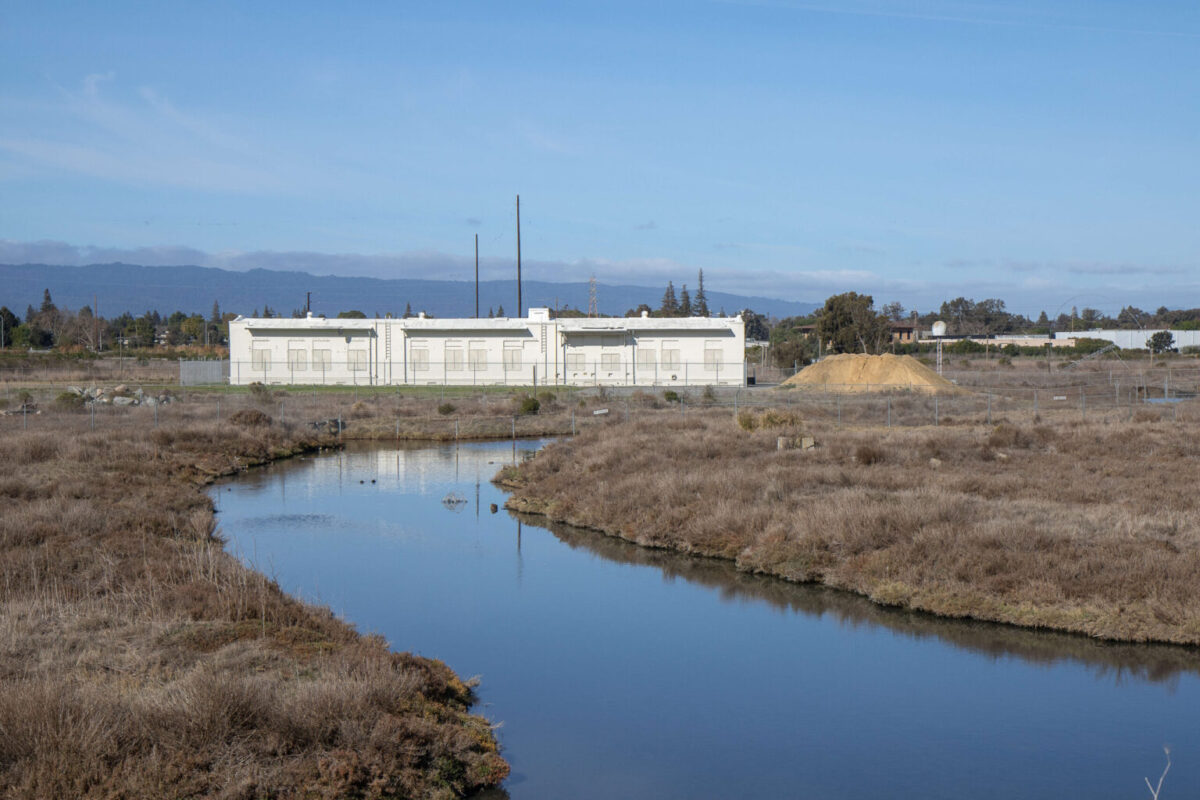 Viewed from the hills of Byxbee Park in Palo Alto, the historic ITT building sits in the middle of the Emily Renzel Wetlands, incongruously surrounded by barbed wire and a field of pickleweed. Aside from an explanatory plaque in Byxbee, there is little to indicate the abandoned white Mission Revival-style structure’s significance. Originally built by the Federal Telegraph Company on land acquired in 1921, the building and accompanying antennas were used for Pacific Coast communication. In 1930, the facility was acquired by the International Telephone and Telegraph (ITT) company. Most famously, according to an article in the San Jose Mercury News, “On December 7, 1941, an operator for the KFS Marine Radio heard this signal: ‘Submarine sighted.’ The time was 10:50 a.m. Pacific Standard Time. Five minutes later, at 7:55 a.m. Hawaiian time, the attack on Pearl Harbor commenced. The radio message had been the first inkling that the Japanese were attacking.” In 1977, Palo Alto acquired the 152 acres surrounding the site to be dedicated to parkland as fresh and salt water marshes. Through a federal easement, the ITT building and surrounding towers continued to function in shipping communication. In 2016, Palo Alto acquired the remaining land and partially restored the building to its present state. Although there are proposals to convert the building to a museum, the future of the property remains uncertain. 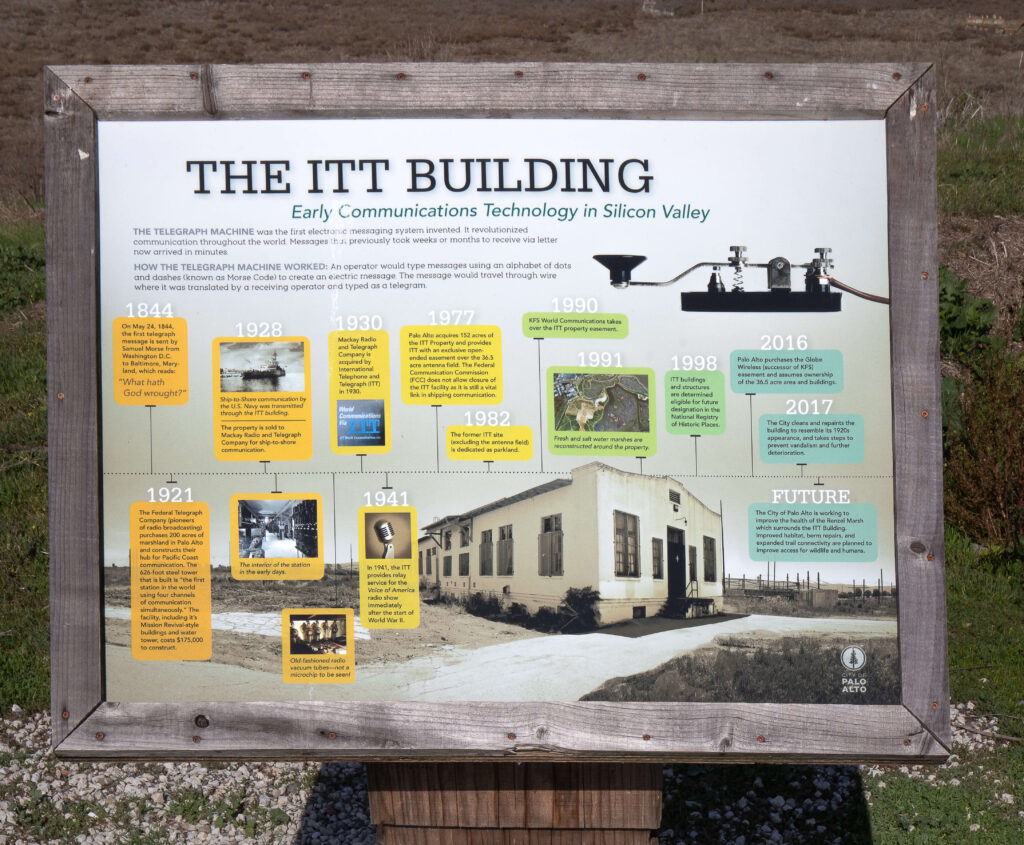