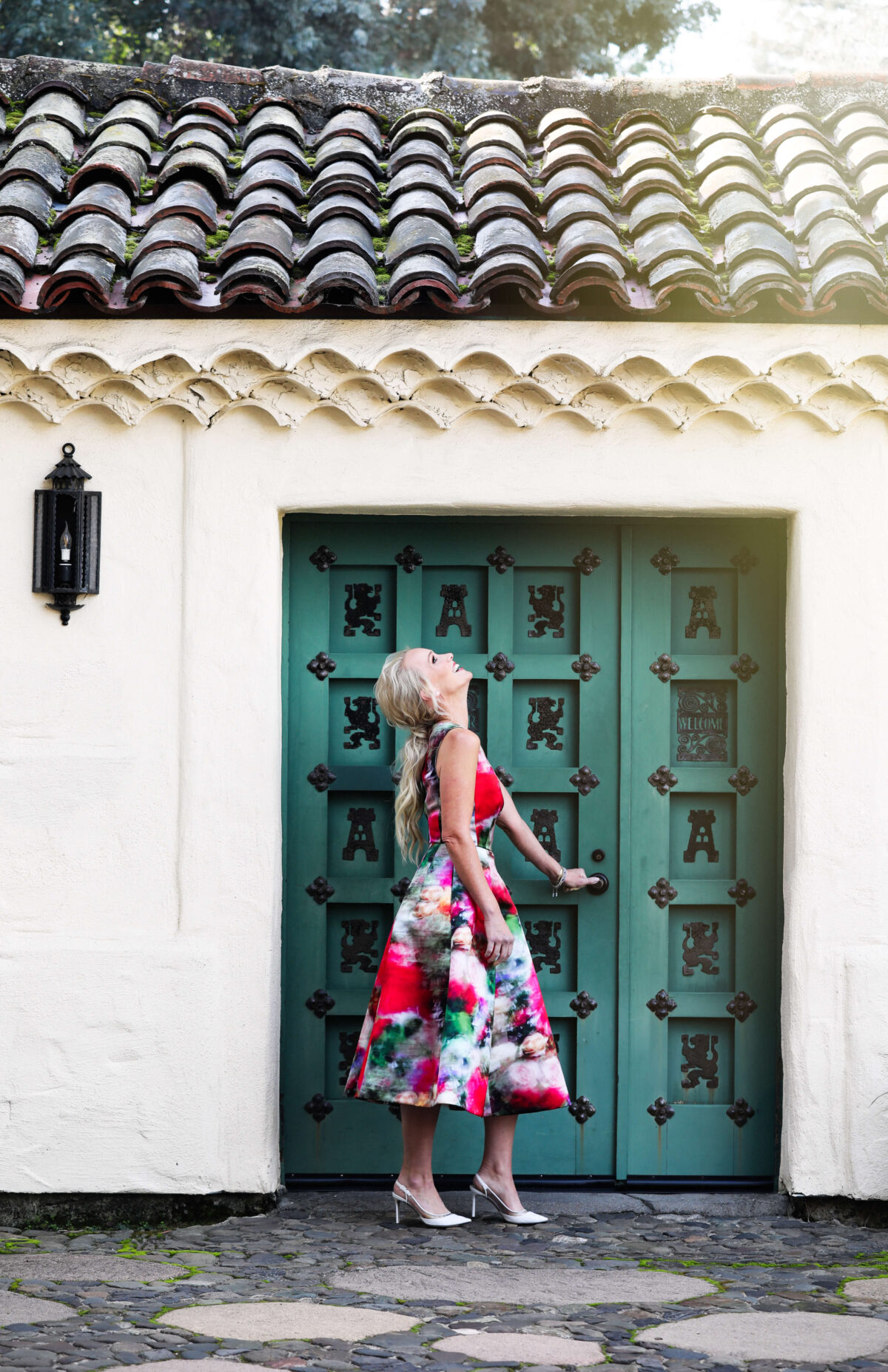 The response to having your heart broken isn’t typically gratitude, but Menlo Park-based matchmaker Amy Andersen has a justifiable reason to thank an otherwise odious ex. Growing up in Mill Valley, she had never really ventured south of San Francisco, but meeting a venture capitalist at an SF networking event in 2000 broadened her perspective. “I started coming down to Silicon Valley and interacting with all his friends because he lived in Palo Alto,” she recounts, “and it dawned on me that there was something very strange and unusual with the social landscape here.”

“His friends would beg me to set them up,” she says, even as her San Francisco girlfriends complained about not being able to find decent guys. “That’s when the lightbulb went off in my brain: What if I were to create these connections and bridge that gap?”

The idea of professionally playing Cupid wasn’t a complete stretch for Amy. A self-proclaimed romantic, she drew inspiration from her parents’ long-standing marriage along with familial traits of business smarts and creativity. “I was always the connector type in high school,” she recalls. “I was never part of one clique; I loved to connect people casually—‘you two should meet’—just sensing that two people could be friends with each other.”

After earning a communications degree from USC, Amy explored paths in PR, finance and entrepreneurial ventures. The ex-boyfriend decamped in a brutal break-up, but the byproduct of the relationship—that scintillating spark of a business idea—clung tightly. In 2003, Amy decided to take the plunge, officially launching Linx Dating—with a name blending both aspiration and Silicon Valley practicality. “It represents linking two people together and the ‘x’ is like a big hug,” she explains, “plus, the domain was available!” 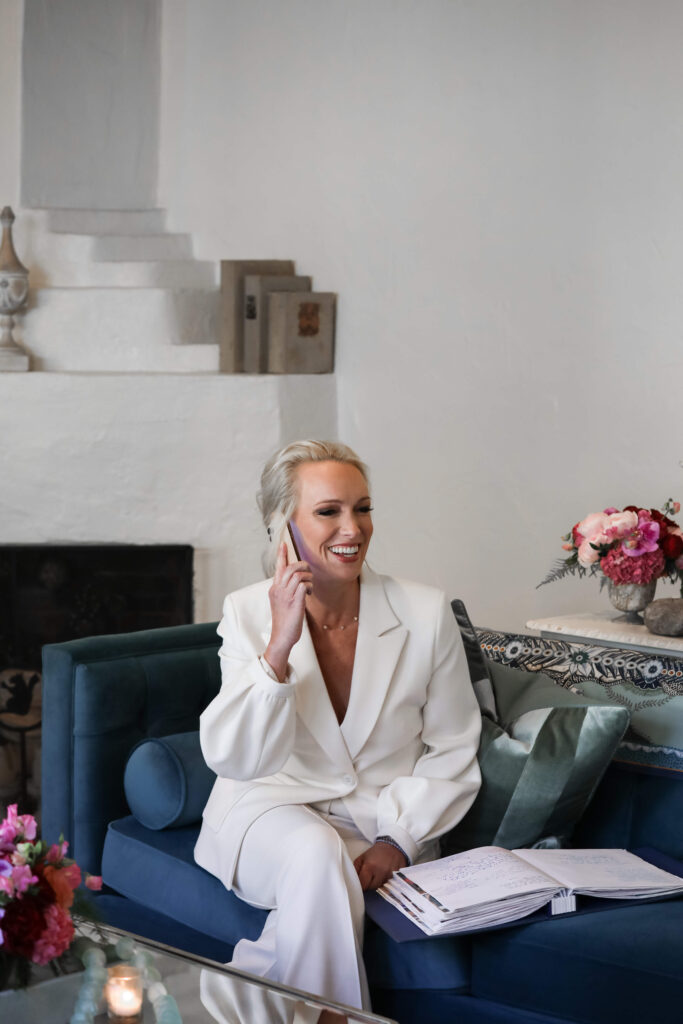 Initially, Amy envisioned recruiting clients but then realized that a referral-based model was better suited for the discrete, highly-
personalized experience she sought to deliver. “When I look back, I had about five key people who were truly human connectors,” she says. “They referred key individuals who then referred more amazing people, and some very big names in Silicon Valley started contacting me; it became a spiderweb effect.”

Images of Old-World yentas aside, the simple definition of matchmaking, according to Amy, is connecting two people who would most likely not have the chance to meet otherwise. “There are so many individuals here who are looking for love and just haven’t found the right match yet,” she notes. As accomplished as her clients may be—including C-suite executives, academics, startup founders and even international royalty—there’s no guaranteed shortcut in the often elusive and frequently frustrating quest for love. “They are high achievers and have been very successful in their careers,” she says, “and they’re looking for that same success in their personal lives.”

Through personal interaction, homework assignments and introspective exercises, Amy divines the must-haves for each client, what she describes as the core DNA or tenets of a relationship: “People share a lot about what they’re looking for and my process is extracting those fundamental things, almost like tweezing them out, ‘You need this, you need that.’” In the early years, Amy relied heavily on scientific metrics but after thousands of meetings, she fully embraces the intangible and less quantifiable aspect of love and attraction, crediting as much as 80% of a match-up to her highly-honed intuition and gut. 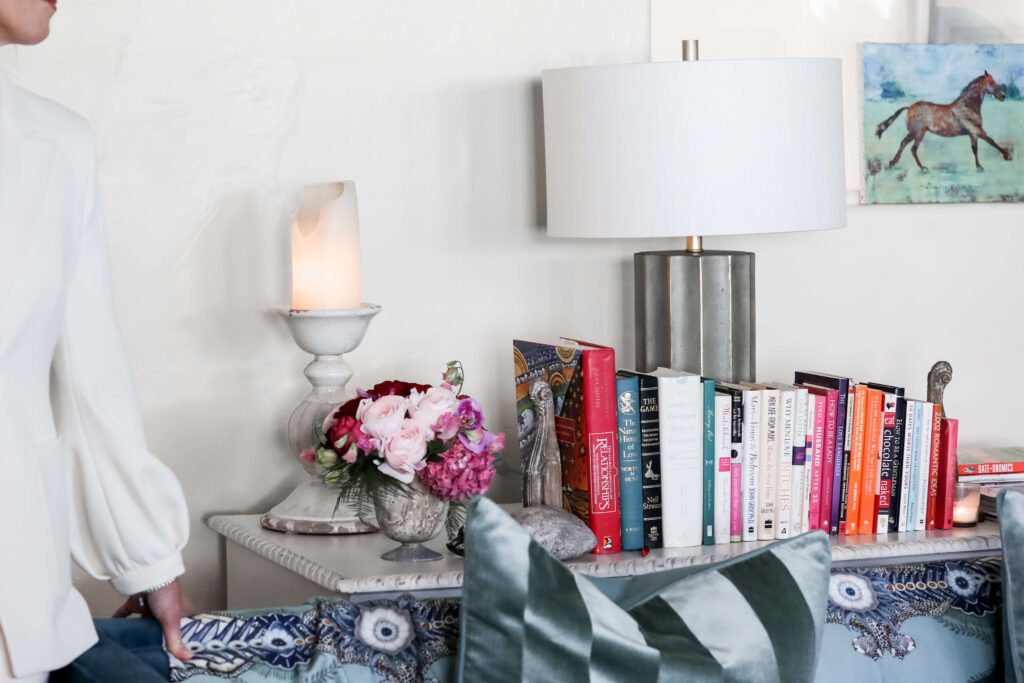 Given Amy’s qualifications at playing Cupid, one might assume she’d be a ringer to score an easy win in the game of love. Not so. “Painful, it was so hard!” she recounts, when asked about her own single days. “I would think, ‘How ironic that the matchmaker doesn’t have a match.’” A consummate professional, she maintained strict boundaries with her clients, which left her to the online world of swipe left and swipe right. “I did Match. I did eHarmony. I did a plethora of different websites,” she says, “and as painful as it was, it was also very valuable. Even the heartbreaks were key because it’s what my clients go through, so I can say, ‘I got it, I get you, I’ve been there too.’”

Coming from a pattern of steady boyfriends, Amy realized she didn’t really know how to date. “I was a klutz,” she admits. “I didn’t lead with the flirting angle; I led with business because I thought that’s what I should do to prove myself.” But she also encountered a good measure of turn-offs. “A lot of guys doubt themselves,” she says, “so I’d see a lot of peacocking, name-dropping and boasting.”

After Amy purposely took a break from the dating scene, a friend reached out in May 2006 with an offer to set her up. She exchanged numerous emails with Alex Gould, a Stanford professor and Palo Alto entrepreneur, before they scheduled their “magical” first date. “I didn’t talk about work at all that night,” she recalls. “It was just easy and casual. No pretense. We talked about so many other things.” The couple became exclusive on their second date and Alex proposed nine months later. “When it’s right, it’s right,” Amy happily acknowledges. The couple married in 2008 and welcomed a son into their lives in 2014.

From Linx Dating’s office in Menlo Park’s picturesque Allied Arts Guild, Amy remains committed to helping her clients find serious, lasting relationships. Representing both men and women, ranging in age from their early 20s into their 70s, Amy offers different tiers of membership (including packages starting at $2,500, $35,000 and VIP $150,000), along with a free “match applicant” level of participation. “This is an investment—not only financially but emotionally,” she points out, “and you need to be ready.” She doesn’t keep a full tally of matches made to date but clearly treasures her growing collection of wedding and baby shower invites. “I’m godmother to one of my Linx offspring, and I’m even going to be marrying one of my couples,” she says. “It’s just so sweet—it’s what I love.”

However, Amy also emphasizes that there’s no guarantee—beyond the number of introductions she agrees to provide. “I can’t predict that I’m going to find you the right person,” she tells her clients, “but I’m going to do everything in my power to increase the probability of it happening.” After personally experiencing the challenges of online dating, she still encourages pursuing every possible avenue. “I tell them to put multiple irons in the fire towards that goal of finding somebody. You never know how it’s going to happen,” she says. “It could be from an app. It could be Linx Dating. Or it could be a serendipitous meeting at Starbucks.”

As for final advice, Amy cautions against being too judgmental and quick to find faults. “My whole mission is to say there’s somebody really interesting across from you,” she says. “Slow down, pay attention and get to know that person so you can genuinely see whether that click, that chemistry, is there.” And even if your heart has been dealt some crushing blows, don’t give up—and don’t beat yourself up. “Those experiences are all stepping stones to eventually finding your right partner,” counsels Amy. “They make you wiser and give you clarity in terms of what you really need and what will make you happy.” 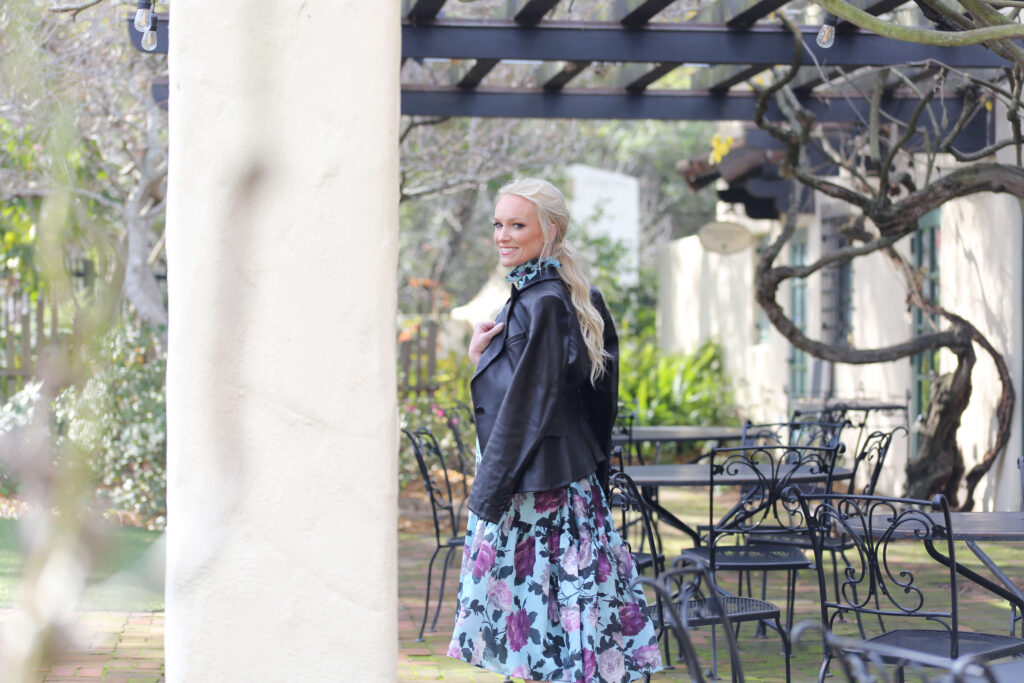