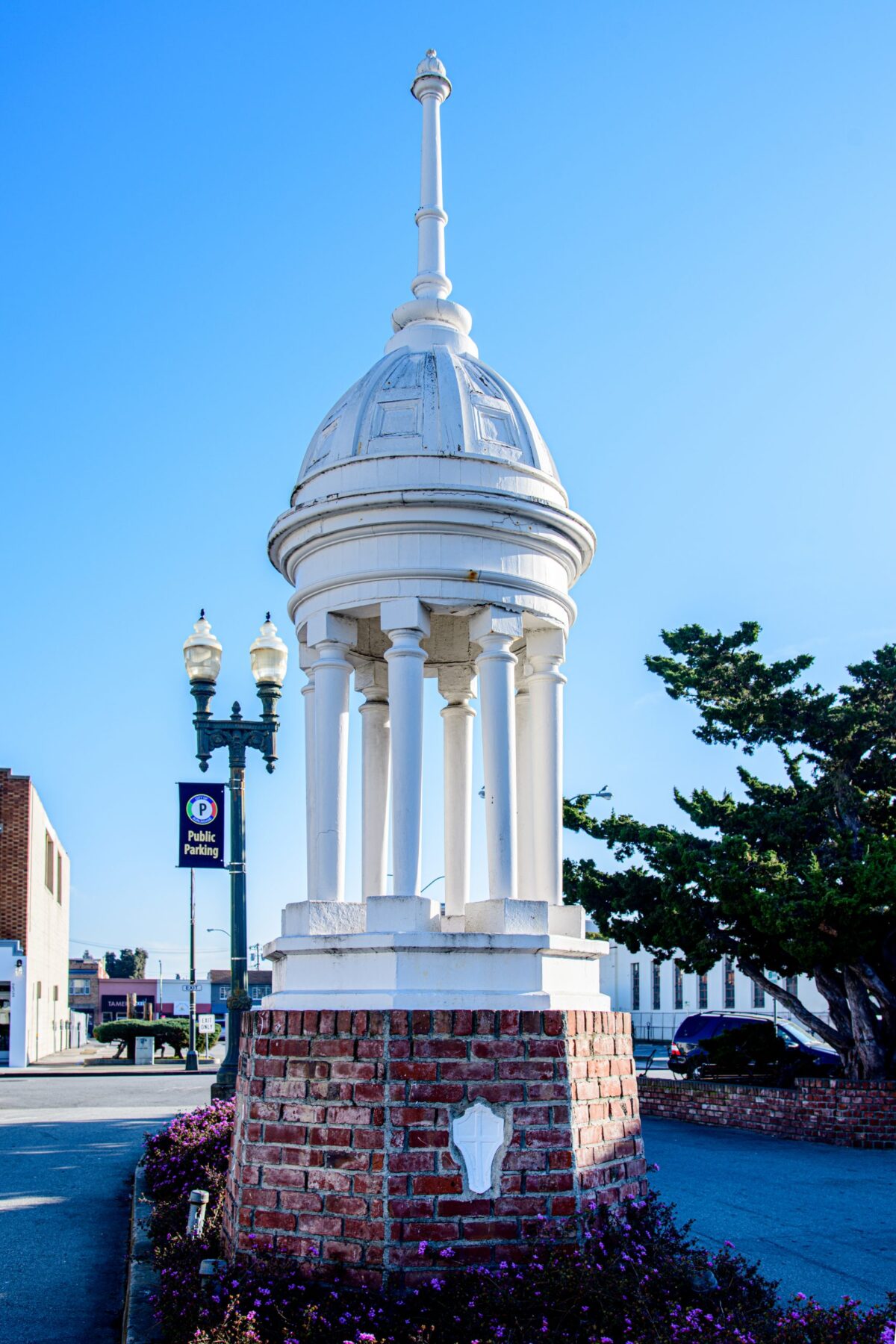 Incongruously perched on a pedestal behind Burlingame’s Apple Store and next to Pet Food Express is a small, white, dome-shaped cupola. What is this ornamental structure and why does it reside in the middle of a parking lot? In 1914, prominent architect Charles Peter Weeks (San Francisco’s Mark Hopkins hotel, Redwood City’s Fox Theatre) designed a city hall building worthy of the community’s pride and ambitions. The two-story red brick structure was located on Park Road, crowned with the white cupola. Today, only the cupola stands in its original location—due to the activism of local residents to save it. By the late 1960s, Burlingame had plans to build the new, modern structure that serves as city hall today. A 1970 community effort to try to preserve the old city hall, or at least repurpose it, was strongly supported by famed Burlingame architect and city planning commissioner Col. E. L. Norberg (Burlingame Public Library, San Mateo High School). Although unsuccessful in saving the building, the community salvaged the cupola (restored by the Burlingame Historical Society in 2012), as well as a large painting, Living in Burlingame is a Special Privilege, that now resides in the Burlingame main library’s reference room. Concern for loss of Burlingame’s and Hillsborough’s tangible history led to the formation of the Burlingame Historical Society in 1975. The non-profit, all-volunteer organization has an archive of over 200,000 items, as well as a museum inside the historic Burlingame Avenue Railroad Station. Some of the Society’s first donations were items saved from City Hall—its key, light fixtures, doors and plaster reliefs help to connect Burlingame’s present with its past. For more information, visit burlingamehistory.org