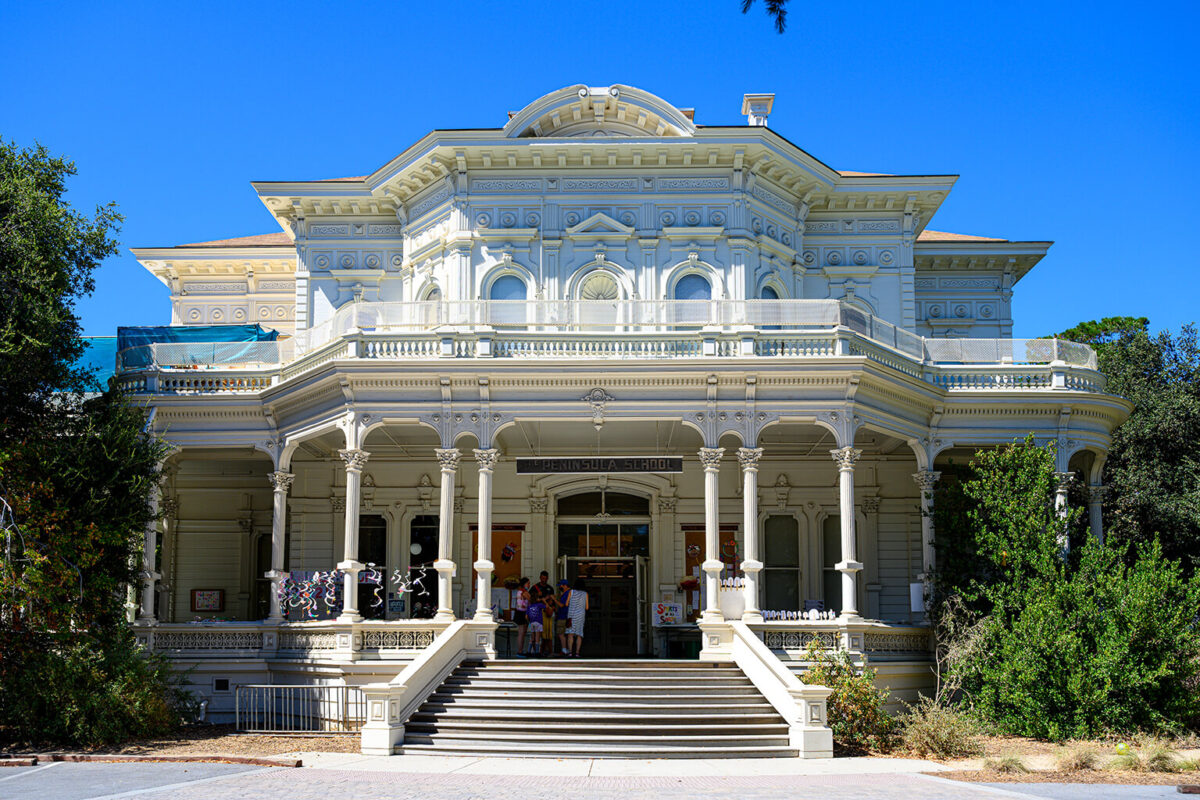 Nestled in the middle of a Menlo Park neighborhood sits a grand white building with an unusual and colorful past. Coleman Mansion has served as a home, school, movie set and even… the backdrop for a ghost story. In 1882, the mansion was designed by esteemed architect Augustus Laver for Maria O’Brien Coleman, the sister of successful businessman William S. O’Brien. After two long years of construction, the Italianate structure was complete with 22 rooms, a porch, arches, large windows, Corinthian columns and elaborate molding. Interior details included a grand staircase, marble decor and luxury chandeliers. Coleman intended to present the mansion as a wedding gift to her son, James Valentine Coleman, an accomplished assemblyman, and his wife Carmelita. However, the couple never enjoyed their stately new home, as a loaded revolver (accidentally?) discharged and killed Carmelita in 1885. Some claim that Carmelita’s spirit still haunts the building and sightings have been reported of a silhouette wearing a green, translucent gown in the attic. In 1905, James Coleman sold the mansion and its land, and the property was divided into the Menlo Oaks neighborhood. Aside from the removal of its signorial tower, the mansion remained essentially the same. In 1929, Josephine Duveneck and a small group of parents (including Stanford faculty members) purchased the Coleman Mansion and some of the surrounding land to house the Peninsula School, which was founded in 1925. Serving preschool to 8th grade students, Peninsula School maintains its original mission to this day, offering a progressive educational approach focused on child-centered, experiential learning. Coleman Mansion also carries the unique distinction of being featured in the 1975 fantasy sci-fi movie Escape to Witch Mountain. Some Peninsula School students even appeared as extras in the popular Disney film.