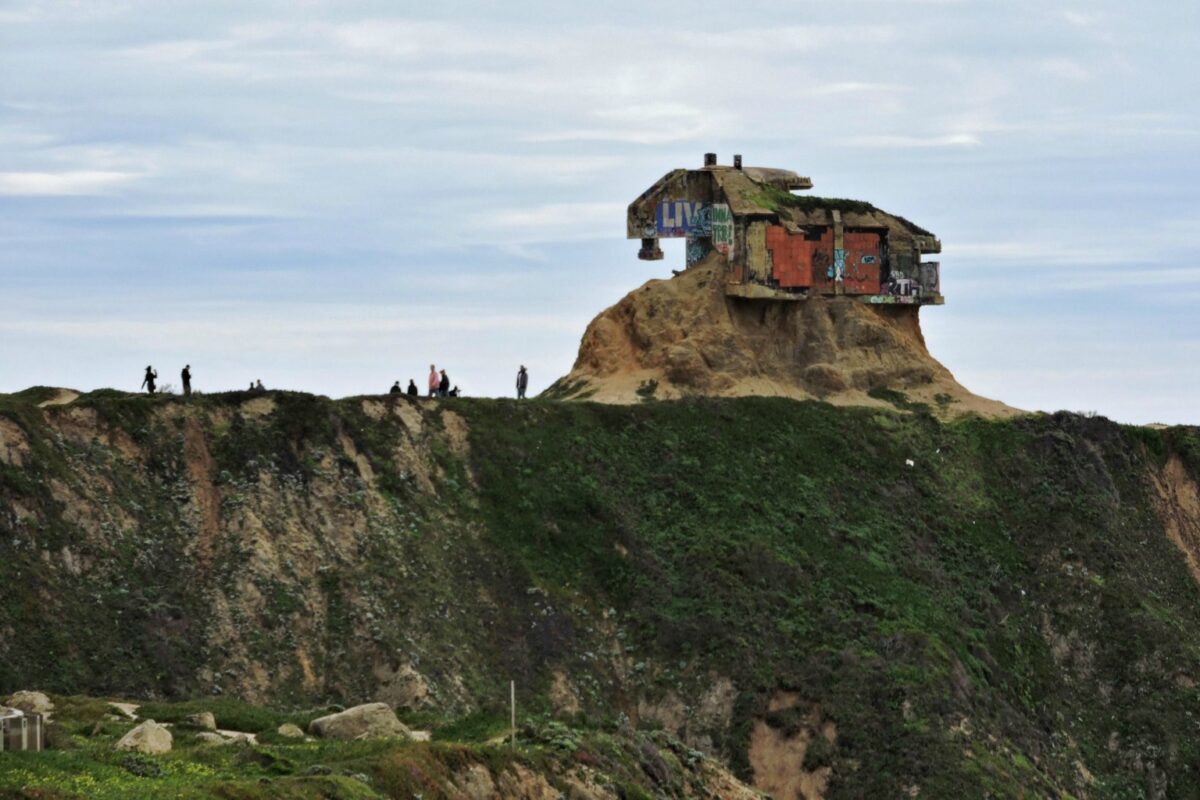 The Devil’s Slide Military Bunker sits atop a man-made dirt mound in such a way that you’d think it was about to fall off the coastal cliffs that surround it. In contrast, the bunker was initially built to protect the land it sits so precariously above—the San Francisco Peninsula. Although this now private property restricts Pacifica beach-goers from entering the structure, the views from its highest point are spectacular and inherently deliberate. During World War II, the Harbor Defense of San Francisco utilized the bunker for military triangulation and lookout, specifically watching for Japanese ships encroaching on the California coastline. With the introduction of a more sophisticated defense system, the bunker was deserted in 1949. Since then, the antiquated bunker has become Highway 1 eye candy and something of a public slate for graffiti art. The property’s name was coined from the treacherous erosion and landslides that plague the area. When the State of California sold the bunker in 1983, the new owner dug out the ground surrounding its base, leaving the bunker to appear to be levitating over the Pacific Ocean. Today you can see the floating bunker from the stretch of Highway 1 between Gray Whale Cove and Montara State Beaches.