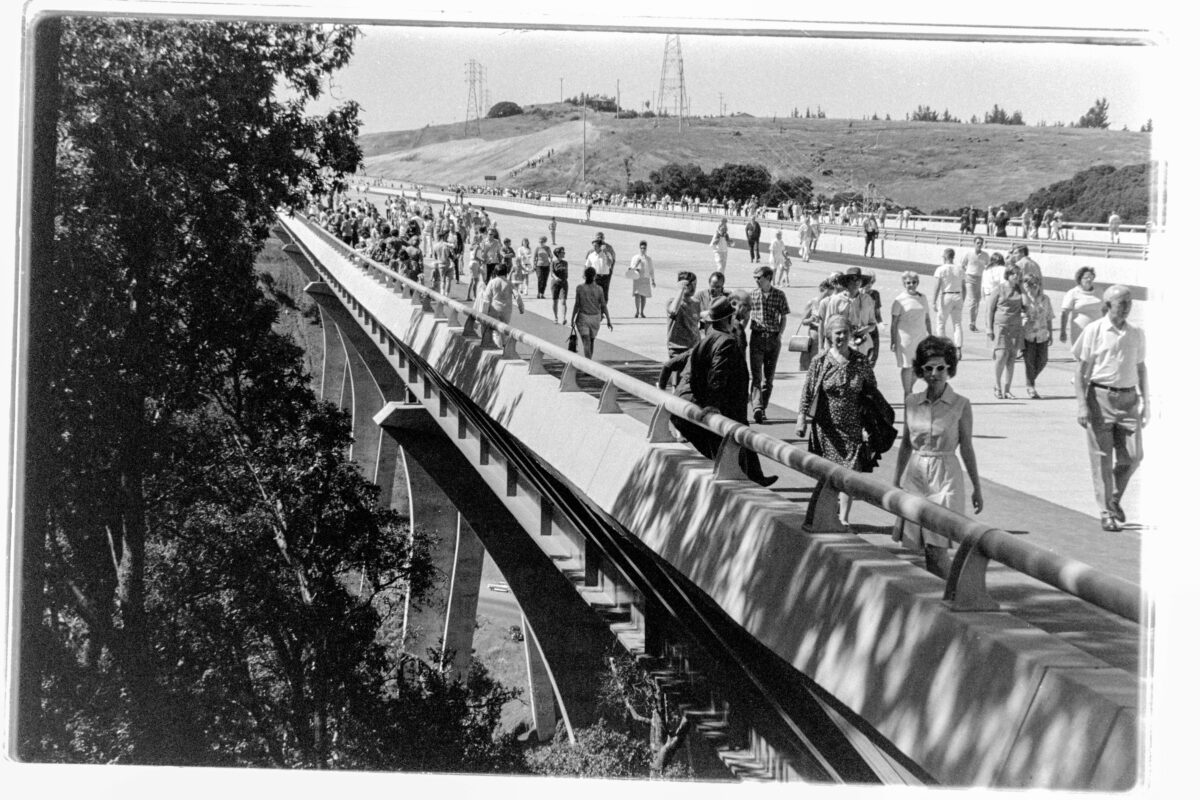 Driving along Interstate 280, you will cross the beautiful Doran Memorial Bridge spanning the Crystal Springs Dam. Located in Hillsborough, directly to the west of the “Flintstone House,” the 400-foot-high bridge was built in 1969 and holds the distinction of being the tallest bridge on I-280. Originally known as the San Mateo Creek Bridge, it was later renamed the Eugene A. Doran Memorial Bridge after the Hillsborough police officer who was killed in the line of duty during his early morning patrol near the site in 1969. Across from the bridge near the entrance to the Sawyer Camp Trail, a plaque honors Doran’s heroism. Renamed again in 2004, the landmark also honors Doran’s son who died in Vietnam while serving in the U.S. Marine Corps. Caltrans architect Warren S. Ludlow designed the bridge with help from renowned architect Mario Ciampi, who also designed the Berkeley Art Museum and the United Nations Plaza in San Francisco. The two used modified gothic arches and left the bridge a natural concrete color, contouring the surface of its piers to blend into the surroundings. Three days before the May 28, 1969 opening ceremony, more than 30,000 people crossed the bridge on foot on “Pedestrian Day.” The bridge has many accolades, including receiving a “most beautiful” designation from the American Institute of Steel Construction in 1970. The most scenic way to view the bridge is from below: Drive to the trailhead for the Sawyer Camp Hiking Trail to see the dam on the left and the bridge overhead.

Photo Caption: In addition to capturing the current image of Doran Memorial Bridge, Menlo Park photographer Robb Most snapped a “Pedestrian Day” photo back in 1969 with a Nikon camera his father brought back to him from Japan.