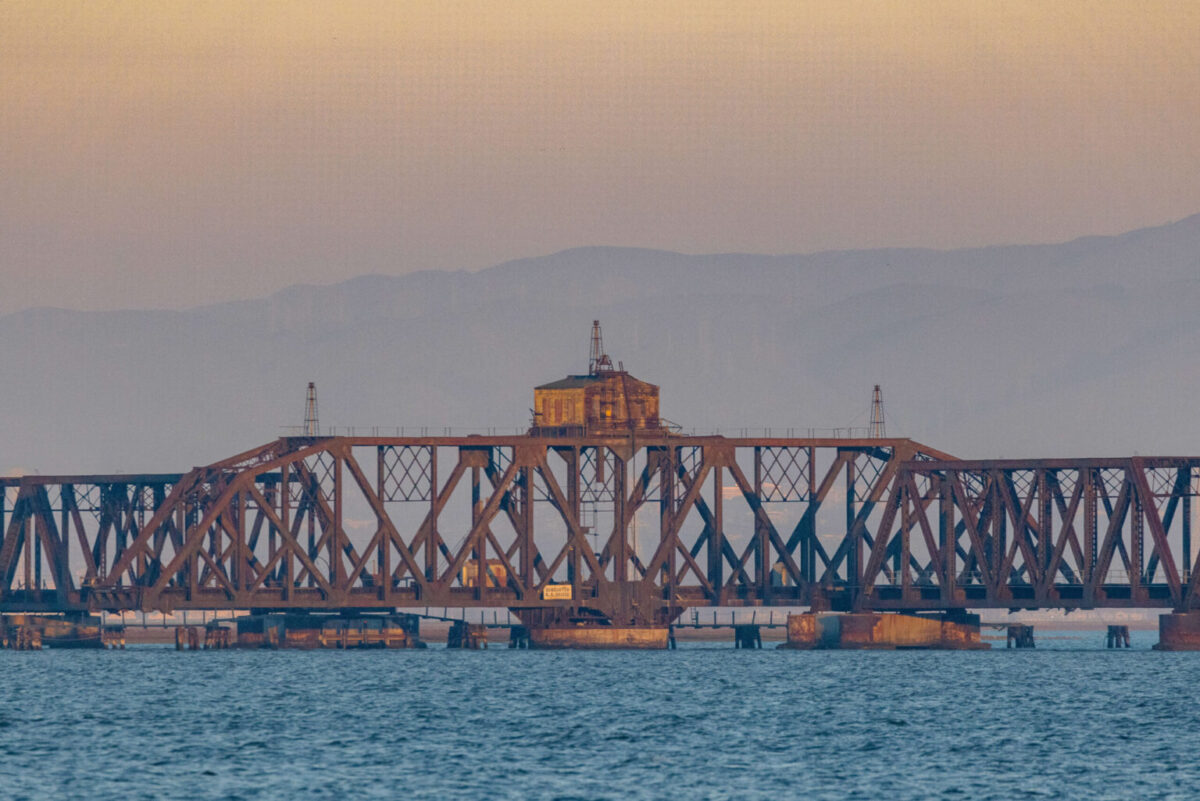 Here’s a quiz: What was the first bridge to span the San Francisco Bay? As you’re crossing the Dumbarton Bridge, just look to the south and you’ll see the answer. Opened in 1910 after three years of construction, the Dumbarton Rail Bridge carried rail traffic between Newark and Redwood City, replacing the need for less efficient freight ferries. Declared “a great engineering feat” in its day, the steel bridge shaved the rail route between San Francisco and Oakland by 26 miles. At a cost of $3.5 million, the structure was the most expensive bridge built in California at the time. Southern Pacific Railroad engineers used 6,000 carloads of rock to stabilize the sludgy marshland sufficiently to support the massive crossing on concrete pilings. When the Dumbarton Rail Bridge was functional, boats needing to pass through the Bay would signal the bridge operator, who relied on a diesel engine to swing the bridge open—a process that required about two minutes. The last freight train crossed the Dumbarton Rail Bridge in 1982. After it fell out of use, the bridge was permanently welded open to allow for unimpeded traffic flow on the water. The San Mateo County Transportation Authority purchased the bridge in 1994, but the future of the abandoned span remains undetermined, with no immediate plans to refurbish it or remove it.