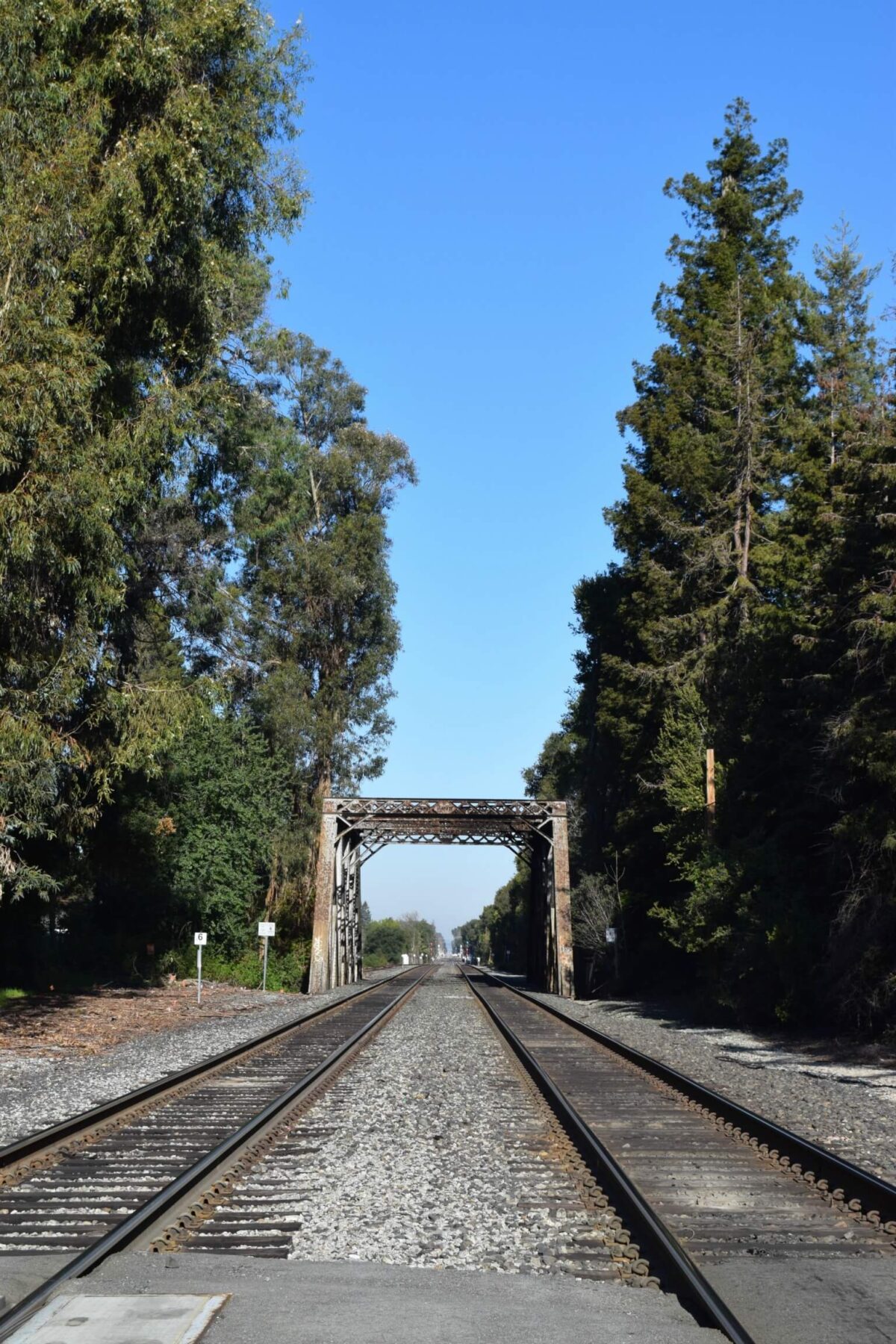 Crossing the train tracks on Alma Street in Palo Alto, it’s easy to miss a classic Peninsula landmark and the namesake of the city of Palo Alto. El Palo Alto (the tallest redwood tree on the right) looks to be just one tree among many today, with only a nearby plaque to distinguish it. The signage references how El Palo Alto (Spanish for “the tall tree”) was standing in that spot during the signing of the U.S. Constitution, but in fact, this historic tree took root long before settlers even arrived in America. Believed to be over 1,000 years old and at one time viewable from San Francisco on a clear day, El Palo Alto gave its name to the city of Palo Alto and is on the city’s municipal seal. Its imposing silhouette also caught the notice of Senator Leland Stanford. El Palo Alto appears on the official seal of Stanford University (and thus on all kinds of Stanford memorabilia) and also inspired the Stanford Band’s infamous mascot, “The Tree.” Now standing at less than 70% of its full height, this iconic local symbol has undergone numerous preservation efforts including running water tubing up its trunk to provide mist. You can visit El Palo Alto by walking or biking through El Palo Alto Park at the border of Menlo Park and Palo Alto.