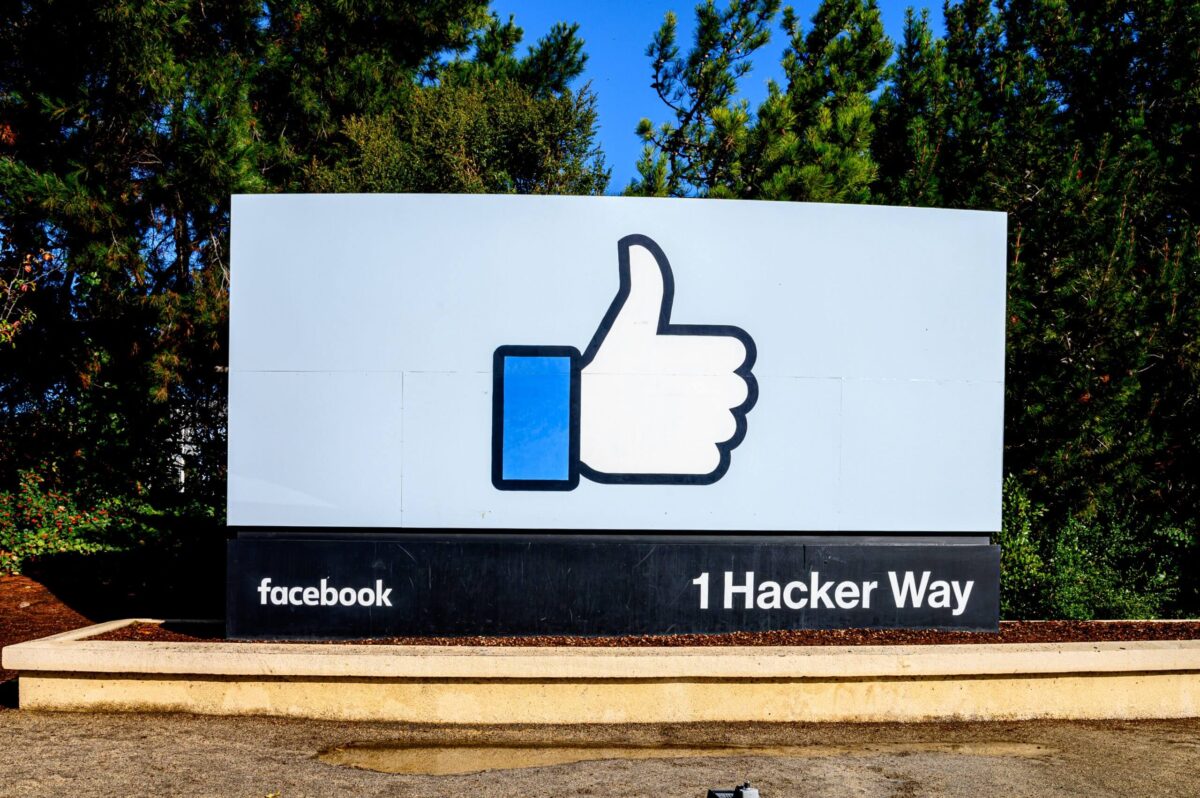 About 500 people make the trek to Menlo Park every week for a photo op (and social media post) that’s becoming synonymous with Silicon Valley. What was once the original Sun Microsystems sign at Bayfront Expressway and Willow Road is now a beacon welcoming visitors to Facebook. After Sun Microsystems was acquired by Oracle in 2009, Facebook secured the sprawling site for its new headquarters. In 2011, Facebook officially moved from downtown Palo Alto to what’s known as its Classic Campus at 1 Hacker Way. Real estate head John Tenanes suggested wrapping Sun’s existing sign with the iconic thumbs-up Facebook emoji banner to welcome employees to their new home. The sign was so well “liked” that Facebook decided to keep the existing monument structure, flip it and reuse it—with the backside still carrying the vestiges of the property’s history.