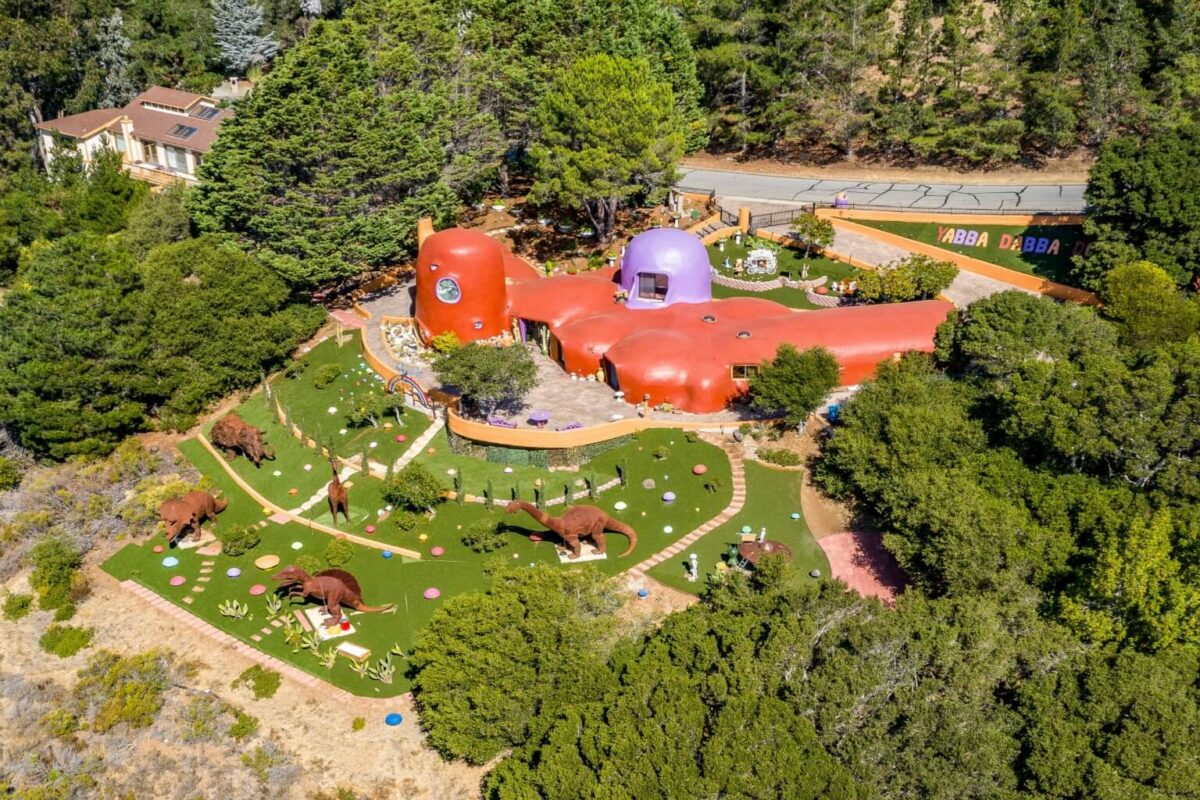 It would be impossible to know who first coined the phrase, but generations of Peninsula residents have grown up calling the unusual building you can see off of 280 in Hillsborough by the same nickname—the Flintstone House. William Nicholson, the architect who built the home in 1977 at the request of a tech-industry family, wasn’t attempting to bring a cartoon to life. His use of a new technique called “gunite,” which involves spraying concrete over a mesh form supported by aeronautical balloons (think papier-mâché), was an attempt to create an organic, naturalistic structure. As the house’s unusual exterior indicates, there are almost no corners in the entire building. The Flintstone House’s original cream color probably contributed to comparisons between Nicholson’s creation and the Hanna-Barbera cartoon, and originally the architect wasn’t pleased with the nickname, which he saw as an insult to his artistic vision. In the decades since, the house has fallen into disrepair, then been restored and painted bright orange with purple accents and recently gained some eye-catching decorations. What’s never changed is its popularity with residents and passers-by, and even Nicholson has come to see how beloved it is.

Understandably, not everyone is cut out to live inside a Peninsula landmark. The last time the residence was for sale, it remained on the market for over two years, which even led to its listing on Airbnb while it was waiting to be sold. The Flintstone House has changed hands at least three times in its 40-year lifespan, but almost all the residents have preferred to keep a low profile. Current occupant Florence Fang, the 83-year-old former owner of the San Francisco Examiner, seems poised to break that tradition. Fang bought the house last year and has made waves by adding statues of dinosaurs, mushrooms, a wooly mammoth and other creatures in front of the house. The media mogul has happily spoken to the press about her work on the Flintstone House and seems to relish her new home’s notoriety. Although the iconic house is no longer listed on Airbnb, the joy of peering out the car window to see what’s new at the Flintstone House will always be free.