Photos by The U.S. Navy 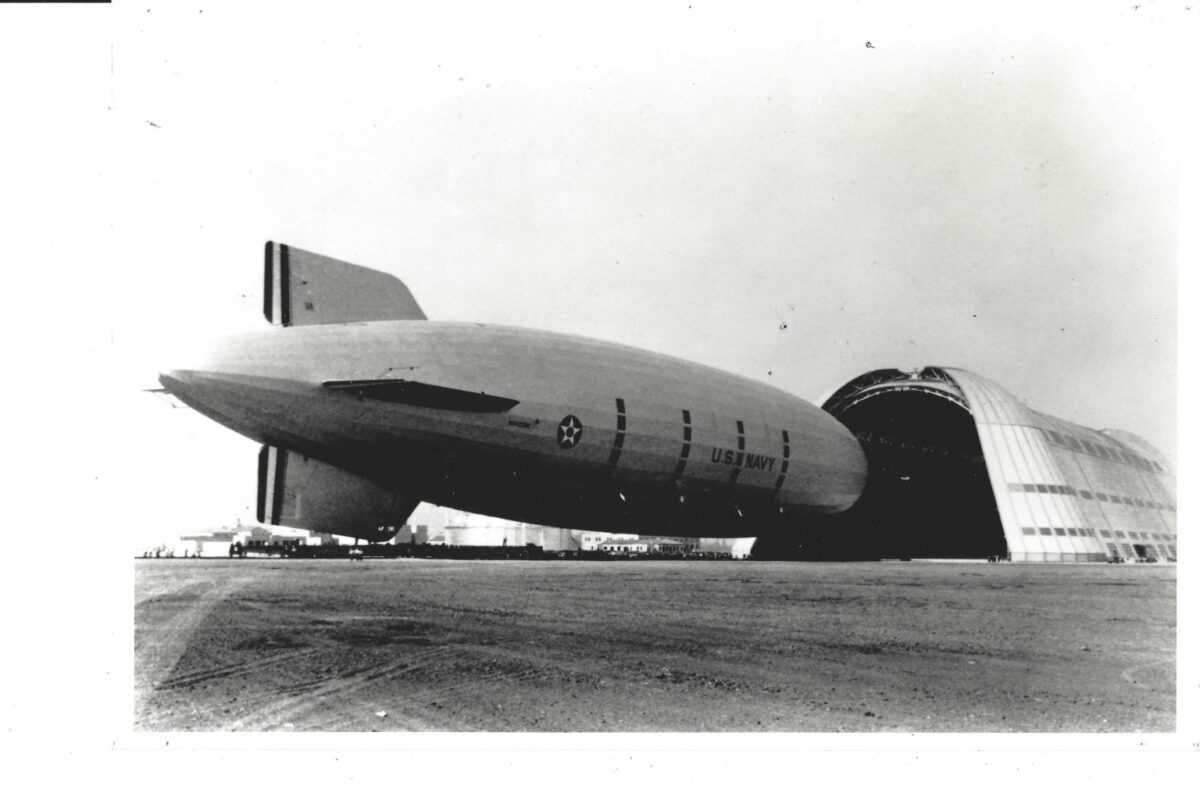 After World War I, a group of concerned citizens raised nearly half a million dollars to purchase 1,000 acres in the South Bay and then sold it to the U.S. Navy for the very reasonable price of $1. Their motive was to create a military base to protect the West Coast from any future threats. At the time, the Navy was entering into the Lighter-than-Air (LTA) era, constructing rigid airships—including blimps and dirigibles—that could be steered to provide high-flying protection from the sky. The USS Akron supported fleet operations in the Atlantic and the USS Macon owned the Pacific. These magnificent machines were the first, and only, airborne aircraft carriers. They would patrol in front of a fleet of ships scouting for any adversary. (Remember, this was before radar.) Small pursuit aircrafts, called Sparrowhawks, would launch from below the dirigible and extend the search range.

The USS Macon was 785 feet long with eight engines and could fly to Hawaii and back on one load of fuel. The dirigible could house a crew of 91. There were sleeping quarters, engineering, a control room, a radio room and even a medical room. When she was at Moffett Field, the USS Macon was protected inside Hangar One, the iconic metal structure seen from Highway 101, straddling the line between Mountain View and Sunnyvale. It’s 1,138 feet long, 308 feet wide and 198 feet high—the floor could hold seven football fields. Fabricated from metal in the early 1930s, it is one of only two such structures in the U.S.; the other is in Lakehurst, New Jersey. After the Navy left in 1994, Google won a competition and agreed to multiple restoration projects with a 60-year lease. Hangar One will be re-skinned over the next several years.