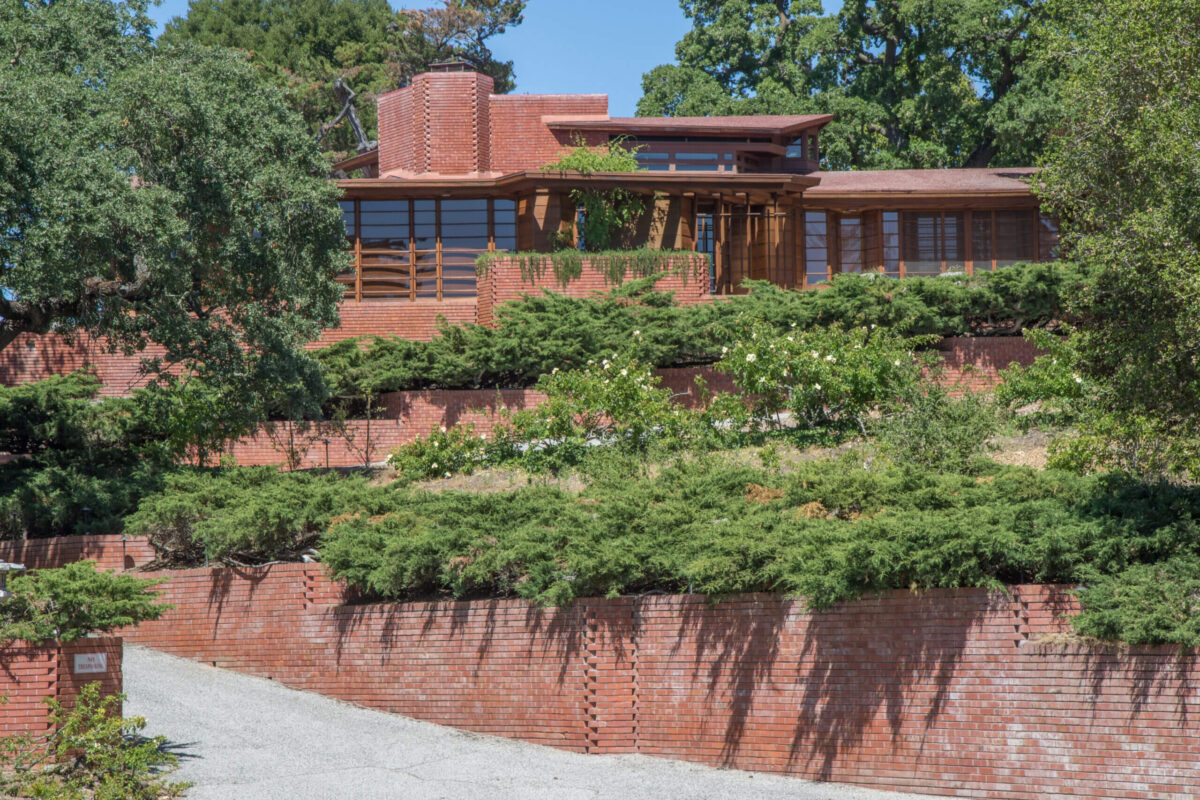 An architectural gem on the Stanford University campus, Hanna House was designed by Frank Lloyd Wright in 1936. Professor Paul Hanna and his wife Jean, both specialists in progressive, early childhood education and architecture enthusiasts, asked Wright to design an affordable home that would suit their growing family. Coming out of the Great Depression, Wright was pursuing a new vision for elegant, moderately-priced homes for the American middle class in a style that he called ‘Usonian’ (U.S. of North America). The Hanna House is considered an important example of Wright’s Usonian architecture, although, over time, the project grew well beyond ‘Middle American’ in size and expense. Wright patterned the layout for Hanna House entirely on the repeating hexagonal forms of a beehive, which led to the home’s nickname, “Honeycomb House.” Six-sided shapes and 120-degree angles are echoed in concrete patterns in the floor, custom furnishings, outdoor terraces and water features. As the first of Wright’s structures with no right angles, the Hanna-Honeycomb House has become widely recognized as an innovation in spatial planning and a turning point in Wright’s career. The unique design of this glass, redwood and brick home offered organic openness and flexibility, allowing for easy expansion and reorganization as the family’s needs changed over time. The Hannas occupied the home for 38 years and in 1975 donated the property to Stanford University. After sustaining significant damage in the Loma Prieta earthquake in 1989, the house underwent a complex 10-year restoration process. Original drawings, photographs and documentation can be viewed at exhibits.stanford.edu/hanna-house-collection